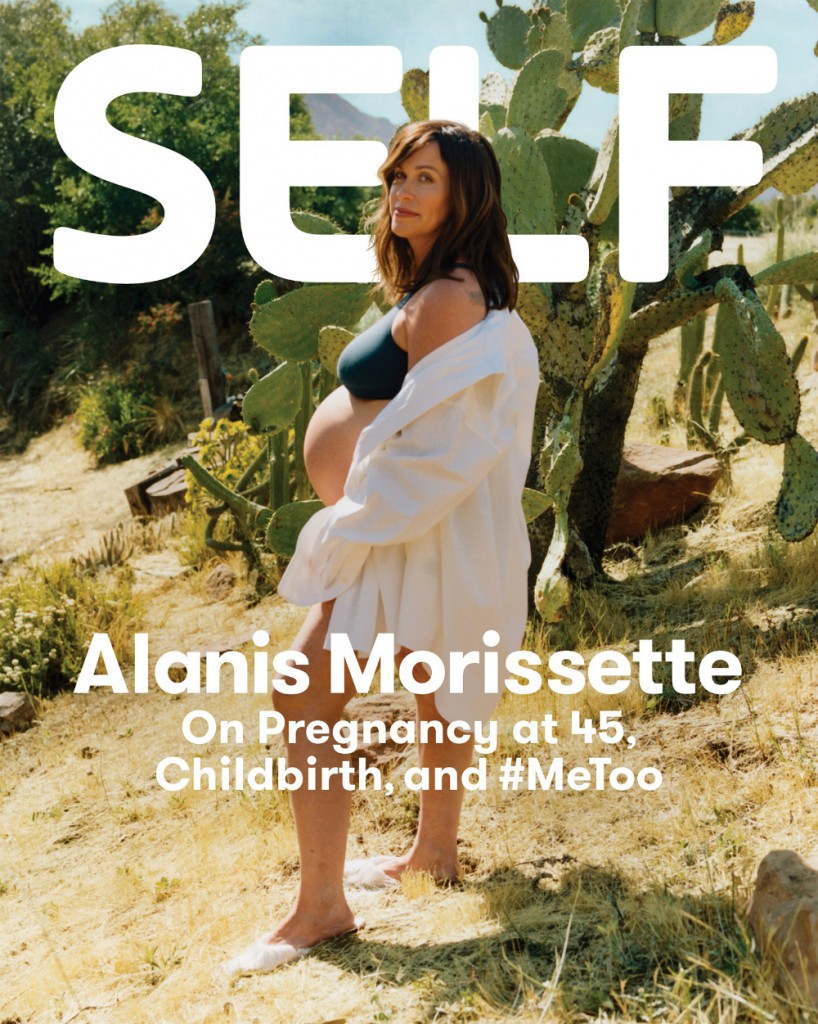 Alanis Morissette was interviewed by Nicole Cliffe for Self Magazine. I don’t know what I expected going into it, but I needed a moment to process it once I’d finished. The majority of the interview is about pregnancy, giving birth and post-birth mental health. I found it fascinating. I’m a little odd in that I love detailed giving birth stories, but I recognize that may be unique to me, so I want to focus on how Alanis is preparing for the possibility of postpartum depression with her third child. Alanis is 45 years old. She has two children, Ever, eight, and Onyx, two. She experienced PPD with both of her first two children but waited to reach out to anybody for help because she felt she thought she just needed to “muscle-through,” which is how she’d treated her depression throughout her life. And although she didn’t wait quite as long the second time, she still waited. But not for this child, Alanis said she has already prepared her friends and family for any PPD she may experience.

Alanis has previously been open about her experiences with postpartum depression, but I wanted to really get at not just the two bouts she had already fought, but also her plan for tackling it when she gives birth again in a few months.

“Not singularly relying on myself to diagnose myself is key,” she said. “Because the first time around I waited.”

And she did. She waited a long time. She waited because her entire life had prepared her to muscle through and remain superhigh functioning while grappling with a new kind of depression that wasn’t the on-and-off depression she’s been processing much of her life.

For Alanis, it manifested as a familiar heaviness. “For me I would just wake up and feel like I was covered in tar and it wasn’t the first time I’d experienced depression so I just thought Oh, well, this feels familiar, I’m depressed, I think,” she said. “And then simultaneously, my personal history of depression where it was so normalized for me to be in the quicksand, as I call it, or in the tar. It does feel like tar, like everything feels heavy.”

“Often what had pulled me out of my depression pre-family was service,” she said. Service, for Alanis, is performing and feeling connection with her audience (when we later e-mailed her to clarify, she said, “Service for me has been through my songs…offering comfort, empathy, validation, support, information, assurance […] with an eye toward healing and a return to wholeness”). “So I would just think, Oh I’m just going to go out into the world and serve and then I’m going to feel better, but that didn’t do it. And then I had my various forms of self-medicating [that also didn’t help]. So, creativity’s not doing it, tequila’s not doing it…and I even sang about it.”

Alanis muscled through for a year and four months that first time, before reaching out to a doctor and asking “if I stick this out, will it get better?” Hearing “no, honey, the opposite” was enough to unlock her.

“The second time, though, you still waited,” I said. “How long?”

“Four months. I know!” Alanis said. “And now this time I’m going to wait four minutes. I have said to my friends, I want you to not necessarily go by the words I’m saying and as best as I can, I’ll try to be honest, but I can’t personally rely on the degree of honesty if I reference the last two experiences. I snowed a lot of them as I was snowing myself [the last two times].” This time, she’s lined up seven people to watch and wait and push through her demurrals and distractions, including her physician and midwife.

Alanis said in the article that she is a planner and gathers information constantly. Given what I learned about her from this interview, this sounds like a really good plan to combat any potential PPD. It’s a plan many people, especially people who feel guilty for burdening othera, would benefit from. Educating those you trust on signs to look for helps them to support you when you need it. I promise you, they want to do just that. It sounds like Alanis is doing everything she can. She said she’d always wanted three kids and I’m glad she did not let anything get in the way of that.

Alanis has an her openness and understanding of herself which was brought out in this interview by Nicole’s insight. One part I really appreciated, as did Nicole, was when Alanis discussed her “four boundaries,” which serve as her cornerstones in life. She said, “I talk about this with my kids a lot, the four boundaries being: You can’t tell me what I’m thinking, you can’t tell me what I’m feeling, you can’t f–king touch my body/you can’t do anything with my body, and don’t touch my stuff.” As the interview details. Alanis has had a long, and sometimes fraught, journey to establish those four boundaries. I’m so happy she’s found such peace in her world. Congratulations to her and her family on this next chapter.

from the screaming loud to the tiny quiet…. i will meet you there. ❤️✨ #healdsburg #acoustic 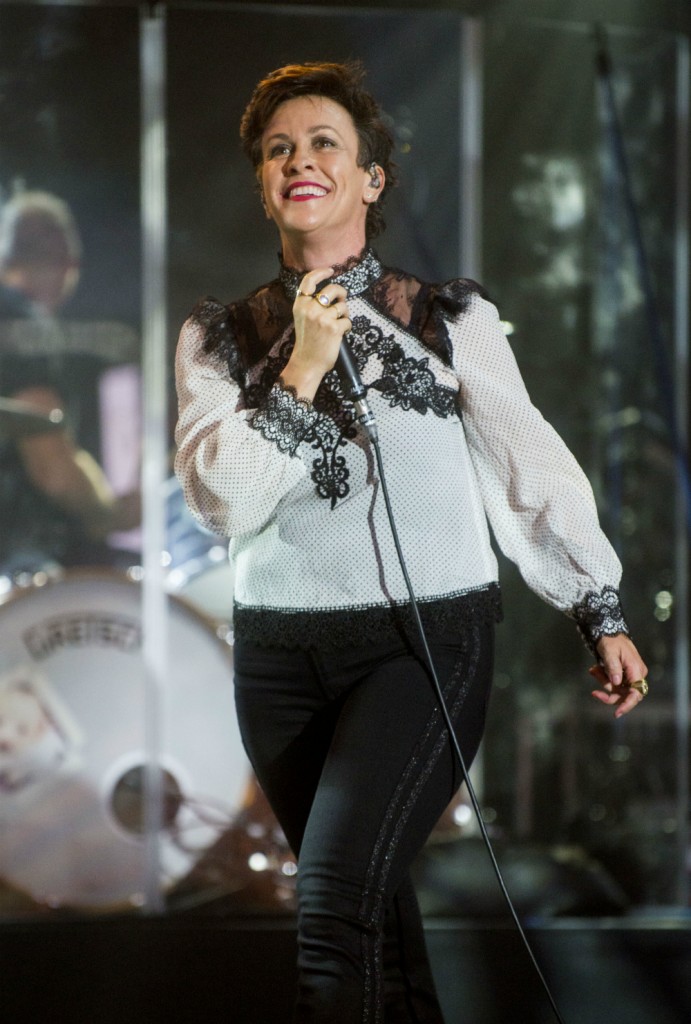