Jennifer Aniston’s colorist: Jen is ‘a style icon because she doesn’t go trendy’ 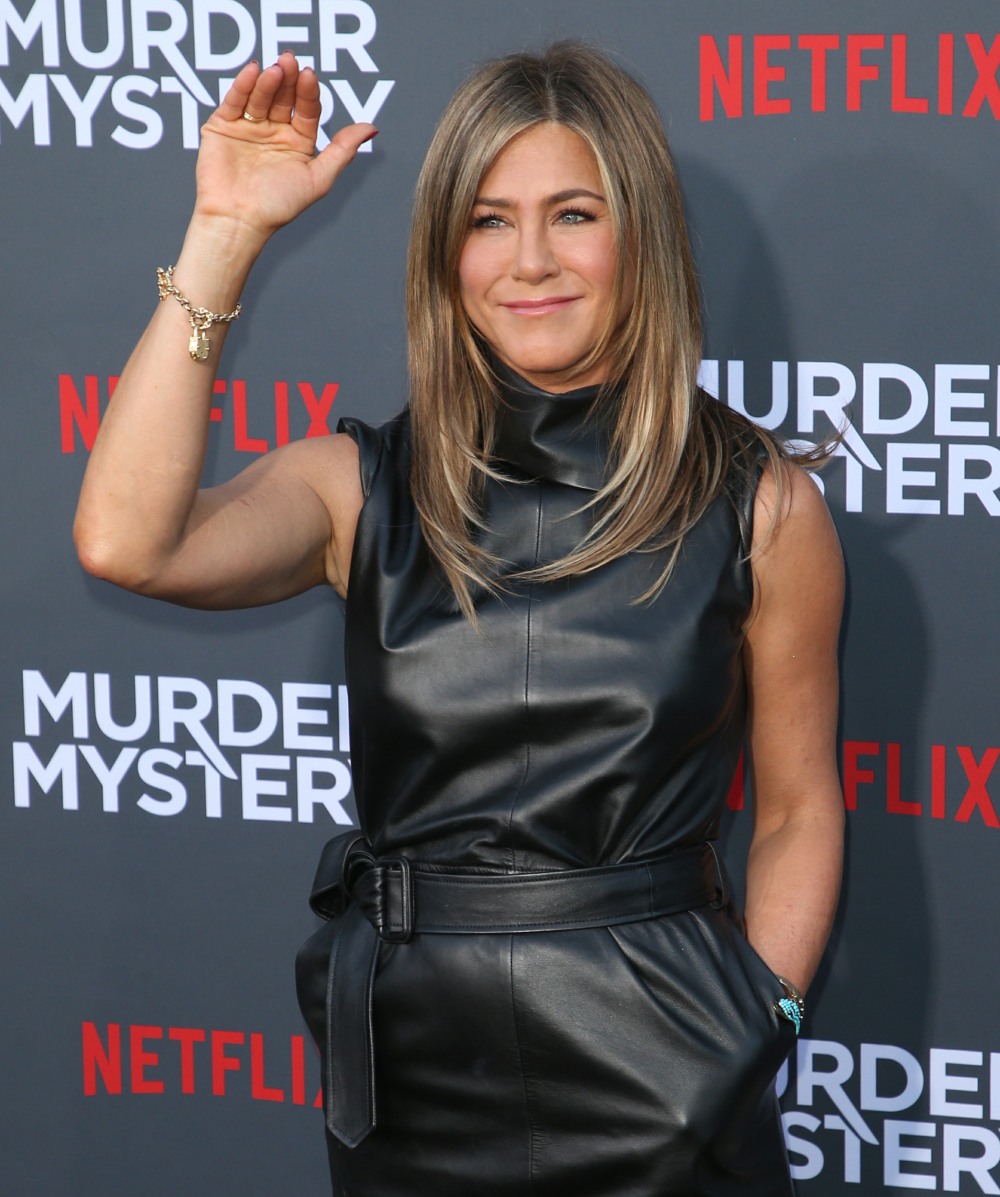 I started dyeing my hair years ago to cover the grey and I’m not going to stop anytime soon. My grey was premature – I had grey streaks and grey around my temples in my 20s, and I really don’t want to think about how grey my hair has gotten at this point. I’ve only ever wanted to be my original hair color, a dark brown-black, so that’s the color I’m aiming for with the dye job. Jennifer Aniston’s original, born-with-it hair color was a medium-to-dark brown. In the ‘90s, she kept going lighter and lighter, and eventually she settled on a caramel blonde (I consider it “bronde”) which has become something of a “signature” for Jen. She’s had that caramel-bronde for literally decades now. And her colorist says that Jen is never going to change it.

Jennifer Aniston‘s hair is her signature, which is why she has no plans to switch it up anytime soon. Or ever.

“Jennifer has been Jennifer for more than 25 years without a lot of change,” her longtime colorist Michael Canalé told Page Six Style. “For some films, we’ve moved her more blond, but other than those momentary steps into different tones, Jennifer stays true to the original and I really don’t see her changing it up too radically. That’s not her — or me.”

The pair first met when the actress was filming the “Friends” pilot more than two decades ago: “Jennifer had medium brown hair, a little past shoulder length. I decided to switch her out from her natural brown to a caramelized blond with feather-thin highlights, a color that looked like she loved being on the beach,” he recalled. “Chris [McMillan] then cut it and made it easy for me to drop in those signature highlights around her face to bring out the cut and accent her eyes and face. This collaboration became known as ‘The Rachel.’ That was in 1994, and all these years later, her cut and color is really quite close to what we did back then. I saw her every five weeks after that, and still do today.”

To achieve her iconic look, “I pull the color from root to end to create a graduation of dark to light, and always keep the hairline freshly done. That really is my signature,” Canalé explained. “While most other celebrities have tried long and short and wildly different colors, Jennifer has become a style icon because she doesn’t go trendy. And she could. She’s so beautiful and has such an amazing bone structure and eyes; she could totally pull off something different. But she’s a classic, and she knows it. She skews toward the completely natural, sun-kissed look, and doesn’t force anything — it’s what I love about her.”

I mean… it’s weird that we’re still talking about Aniston’s hair like it’s STILL the most interesting thing about her, but that being said… of course I have some thoughts! I always have thoughts about Jen’s hair. One person’s “classic” is another person’s “dated.” I get that Jennifer loves that California-bronde look and I agree that it’s her signature color/cut and that it would be weird if she went with whatever seasonal trend is happening. That being said, is it weird that save for one dramatic chop 10 years ago, she’s had the same basic look for about 20 years? It’s the same thing as Gwyneth Paltrow’s center part, straw-blonde, pin-straight hair look – we just associate those hairstyles with the ‘90s, and it’s weird that neither woman has thought to switch things up a little bit. What kills me about Jennifer is that she would look really cute with a shaggy lob and darker hair. She really would. 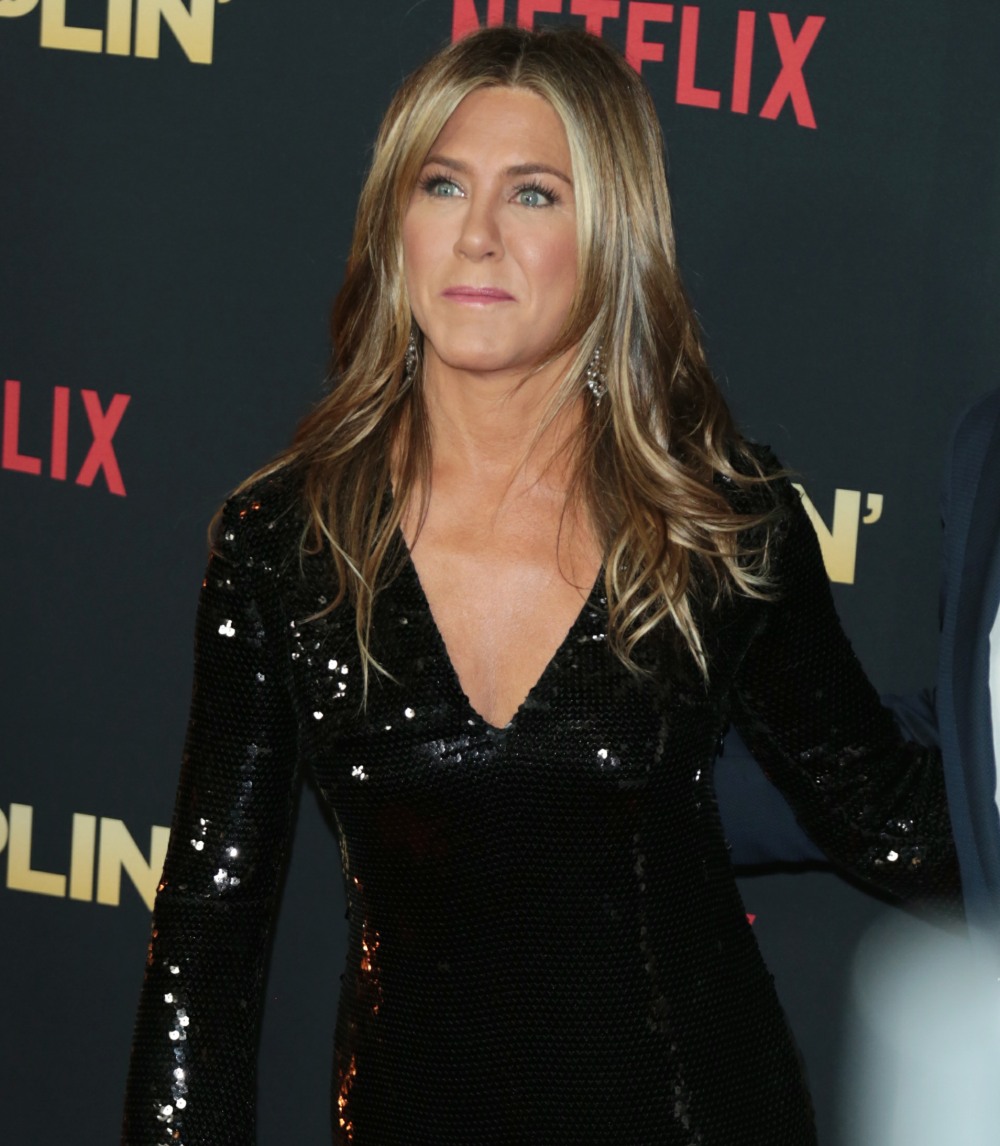 64 Responses to “Jennifer Aniston’s colorist: Jen is ‘a style icon because she doesn’t go trendy’”