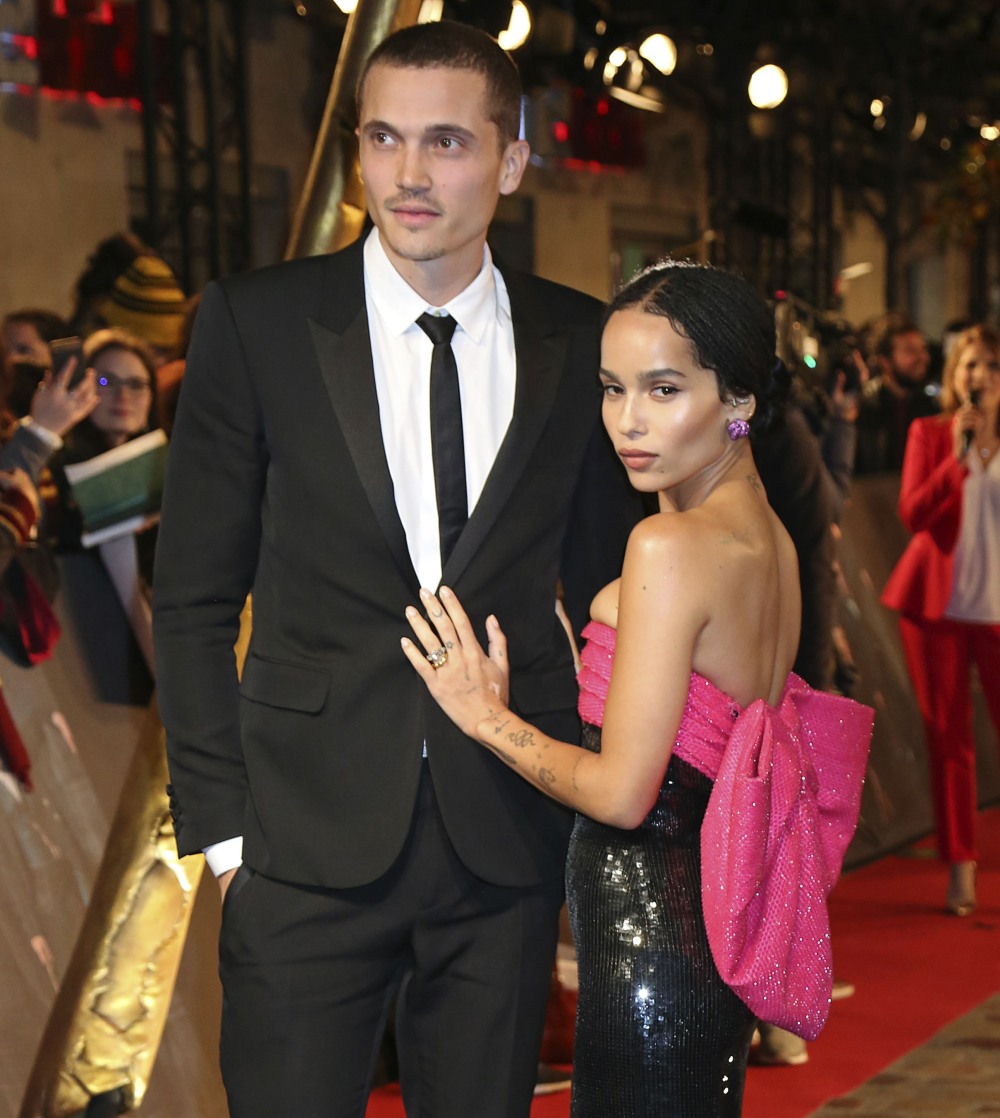 It was a big weekend for Americans getting married in Europe for some reason. Katherine McPhee married David Foster in London on Friday, then Zoe Kravitz married Karl Glusman in Paris on Saturday, and also on Saturday in France, Sophie Turner married Joe Jonas. I guess “the last weekend in June” is when all celebrities decide to have their weddings. In Zoe and Sophie’s cases, they had already done the legal-marriage thing in the US before marrying their dudes in France. I’m still waiting to see if any or all of these couples post wedding photos to their Instagram – I especially hope we get to see Zoe’s dress. Speaking of, apparently Lenny Kravitz did all of the hosting duties for his little girl:

An extraordinary three-story, eight-bedroom, 18th-century mansion in one of the city’s most exclusive neighborhoods, Lenny’s home features an immense side and back garden and was once owned by a government minister. The musician has owned his Paris home for 13 years. The home — which maintains a ‘shoes off’ policy — speaks luxury: mixing traditional 18th-century architectural features (a broad central marble stairwell curves from the entry; huge French doors opening out onto the garden) with contemporary function. Guests will see art from Andy Warhol and Jean-Michel Basquiat along with guitars, museum pieces and selections from the singer’s own design firm.

And the cellar Kravitz converted into a to a speakeasy is stocked with bottles of Dom-Perignon.

On Friday, the couple had a rehearsal dinner that was “a tremendously joyous party,” according to Restaurant Lapérouse co-owner Grégory Lentz, who told PEOPLE exclusively that the festivities kicked into a higher gear after dinner.

Can you even imagine having a father that cool? Imagine having access to your dad’s beautiful, historic Paris mansion and having him host your wedding there. Incredible. Anyway congrats to all of the brides and grooms. I won’t be rude and take bets on which bride will be the first to file for divorce… because it’s pretty obvious it’s McPhee, no?

Father of the bride and wedding-host/planner extraordinaire.

72 Responses to “Zoe Kravitz, Sophie Turner & Katharine McPhee all got married this weekend”