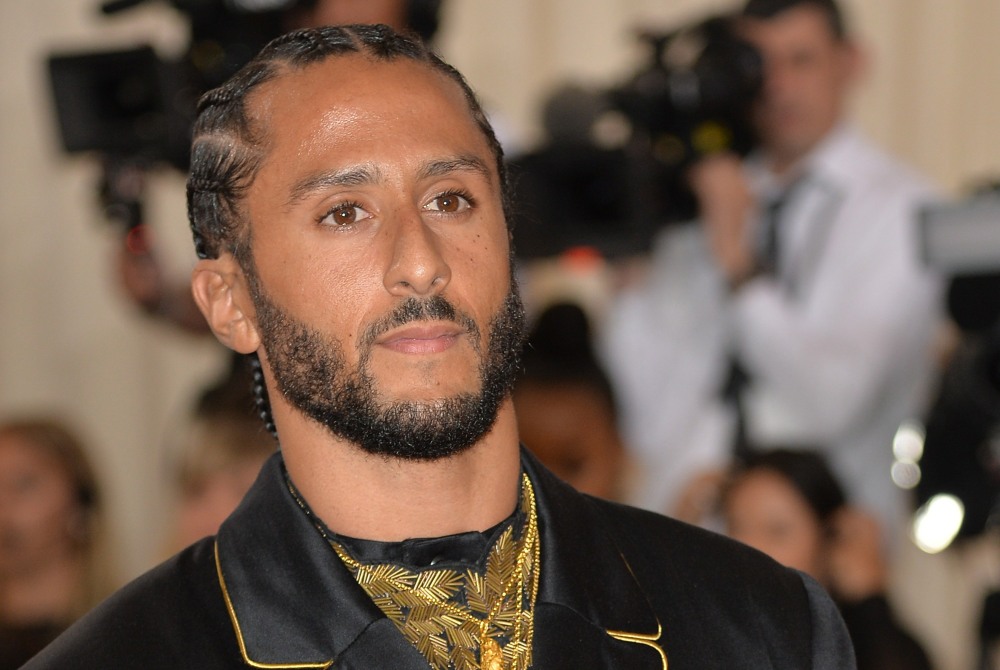 In the iconography of America, Betsy Ross’s flag looms large. During the American Revolutionary War, George Washington personally commissioned Ross to sew a flag representing the thirteen former colonies with stars. I believe Washington had the original idea of the red, white and blue color scheme and the general design, which Ross tweaked (with Washington’s ultimate approval). Most American children learn about Betsy Ross in school, and maybe it’s changed since my day, but I always remember the story of Betsy Ross being rather unproblematic, even by today’s standards. That’s what Nike probably thought when they decided to feature Ross’s 13-star flag on their latest sneakers. Only now Nike has pulled all of those sneakers because Colin Kaepernick and others complained.

Nike is pulling sneakers featuring an early American flag after former NFL football player Colin Kaepernick told the company it shouldn’t sell a shoe that he and others consider offensive, the Wall Street Journal reported, citing people familiar with the matter. Kaepernick contacted Nike officials saying he and others felt the “Betsy Ross” flag — featuring 13 stars in a circle — featured on the shoes was linked to a period of slavery, the sources told WSJ.

The Nike shoes were to be released in celebration of the July Fourth holiday. The Betsy Ross flag is one type that was flown during the American Revolution.

“Nike has chosen not to release the Air Max 1 Quick Strike Fourth of July as it featured an old version of the American flag,” Nike said in a statement to CNBC. Nike asked retailers to return the shoes after they were shipped, the WSJ reported. The company did not explain why, the report added. They are unavailable on Nike apps and websites.

So it wasn’t that Betsy Ross was herself a controversial or problematic figure – WAS SHE? – it’s just that the Ross flag represents a time where slavery was part of the everyday American experience, and because in the modern context, white supremacists and neo-Nazis have “adopted” the Ross flag because… they’re idiots. . I get that, and… I don’t know, I guess Nike made the right decision. It’s a matter of degrees for me – I absolutely think that the “women of the revolution” should be celebrated more and Betsy Ross was a fascinating figure in the formation of America and Revolutionary War history. But Nike wanted to put her flag on their shoes for profit and without much of any historical context OR modern context. Oh well. I’m sure Fox News is going to spend WEEKS talking about this.

Nike is yanking a sneaker featuring the "Betsy Ross flag" after Colin Kaepernick said he and others consider the symbol to be offensive https://t.co/eKVtPM6oTA