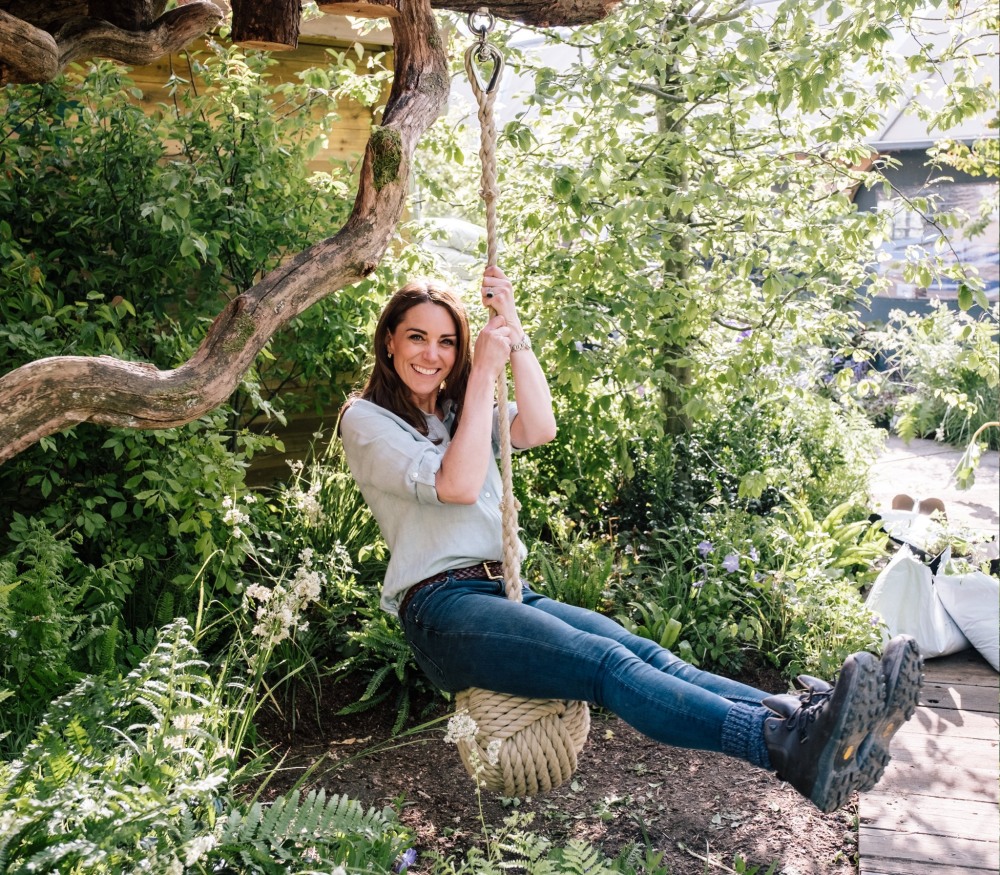 A month ago, the hype machine was in full effect for the Duchess of Cambridge’s garden design at the Chelsea Flower Show. Kensington Palace had been hyping her garden for what felt like eight months, and there were PR image releases, updates about private garden meetings and a months-long melodrama about whether the Duchess of Sussex was going to steal Kate’s garden thunder. It was all very British.

When the garden was finally revealed, I thought it was cute. It was clear that Kate designed it for kids, and I thought it showed a clear thought process from Kate, an actual opinion and working theory behind all of that vague keenness: she was telling parents that they need to get their kids to play outside. She was making a statement about video games and social media and the Black Mirror-esque technology which ruins childhoods, and she was saying that kids need fresh air and space to play and space to allow their imaginations to run wild. I approved of her message. I just didn’t think that Kate was the second coming because she co-designed a garden for kids, you know?

Kate’s garden has been moved from the Chelsea Flower Show to the Royal Hampton Court Palace Garden Festival. She already hosted some kids – kids associated with some of her patronages – to a play session at the garden. From the looks of it, her ‘Back to Nature’ garden is a bit different at the Royal Hampton Court festival – different things have been added, probably because (I’m just guessing) there was more room to spread out? In any case, the Daily Mail wants us to know that Kate is a genius for inventing a special tree log:

Cloudwatchers no longer need to worry about getting their backs stained with grass as they lie back to enjoy the view – thanks to a charming invention from the Duchess of Cambridge. The 37-year-old Royal helped design a carved log that’s perfectly angled to provide a comfortable position from which you can gaze at the sky. Unveiled at the garden she helped create for the Hampton Court Palace Garden Festival, the seat was designed with landscape architects Adam White and Andree Davies.

Mr White told The Mail on Sunday: ‘The idea is that it makes you sit back and look at the clouds. Instead of looking at a screen, you have got to use your imagination to think what you can see in the sky. It is something that the Duchess said she really enjoyed doing. The idea of creating something from nothing was something the Duchess enjoys with her family.’

Ms Davies added that Kate has a natural talent for design: ‘She has this vision and knows how to do it.’

You can see the specially designed log below – it’s a big log with a cut-out for your butt, basically. The Royal Arse Log, specially designed by the Duchess of Cambridge. One’s Bum Log? The Keen Arse Log? Again, it’s not that I’m mocking Kate’s message or her work on this garden – I actually thought the whole garden thing was pretty cool, and I think it’s cool that Kate is making some kind of “statement” about something. What I’m mocking is the idea that Kate is the most brilliant person ever just because she designed a garden for kids and she “designed” a log so kids can cloud-watch and daydream. Embiggening Kate: The Garden Project. 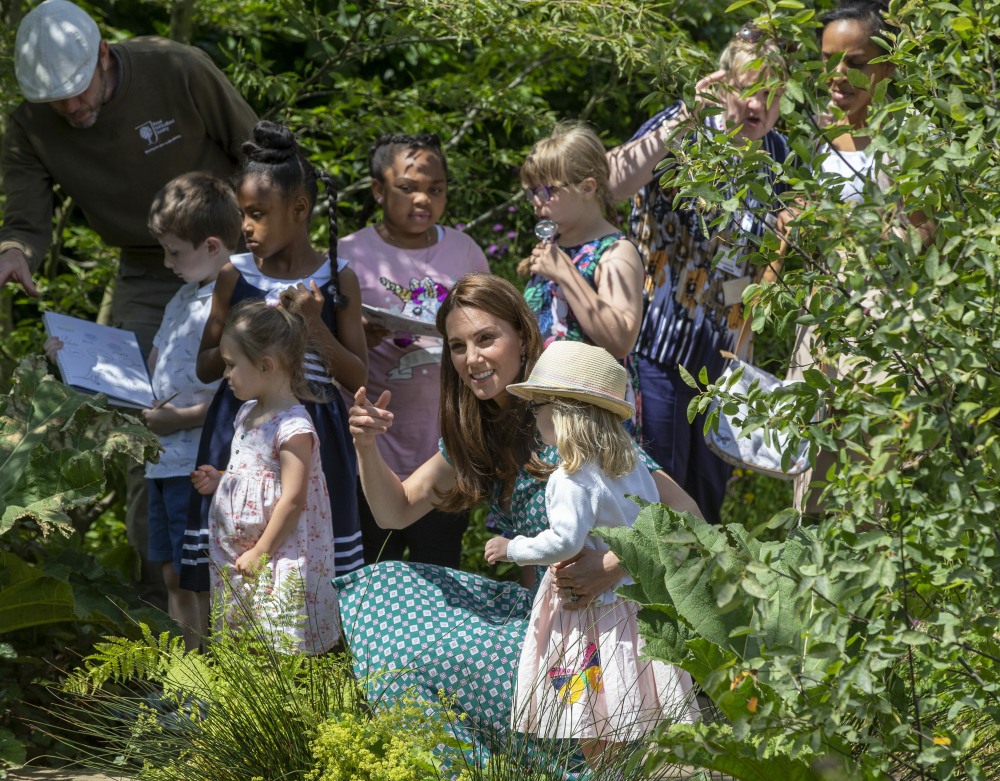