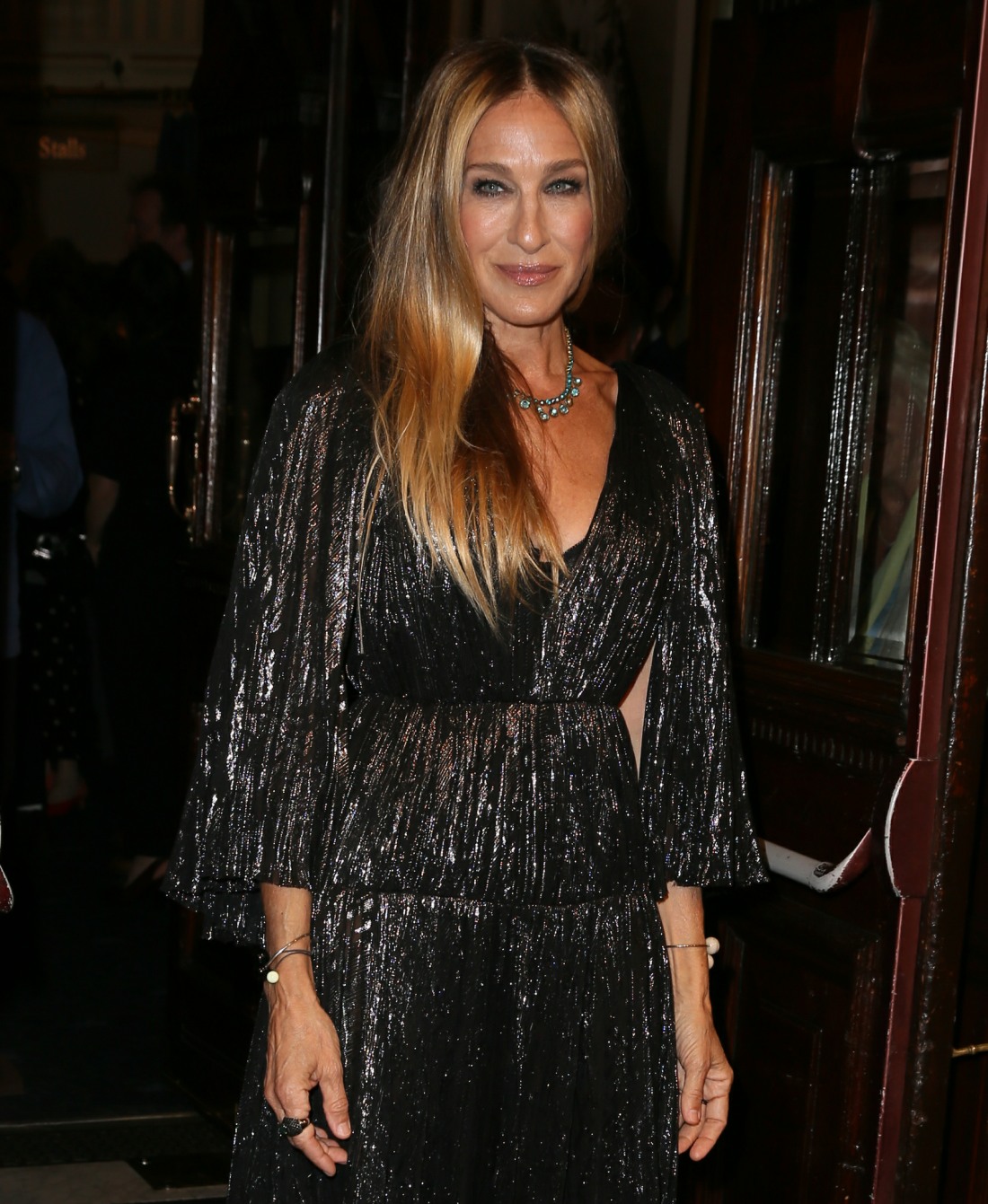 Sarah Jessica Parker did an interview with NPR’s Fresh Air to promote the latest season of HBO’s Divorce. Does anyone watch that? I never have, because whenever I see the trailers/promos for it, I always think it looks so stupid. Maybe I’m not the target audience, but it feels very “Eat Pray Love but she just stayed in New York and whined.” Maybe I’m wrong and it’s a brilliant character study or something. Anyway, this Fresh Air interview was interesting (more interesting than Divorce, perhaps?) and SJP talked a lot about growing up legit poor and the current Me Too era and she gave us an interesting little blind item too. Some highlights:

On growing up poor: “We did receive free lunches at school. There were times that we existed with the help of many of those programs, but there was this wonderful period in the ’70s where arts was also funded by our government and there were programs and tickets available for free or for a very small stipend. My mother is industrious and smart and was always aware of any opportunity that she could afford. And listen, there were all sorts of things we didn’t have, but my mother felt those were not nearly as necessary as exposure to the arts. I mean, she really felt that your life was far more enriched by [arts] than a Barbie doll, or a television set, or air conditioning, or clothes that everybody else in your grade wore, or sneakers that were popular, or Popsicles…”

Understanding her career in retrospect in the Me Too era: “It really wasn’t, I would say, until about six or eight months ago that I started recognizing countless experiences of men behaving poorly, inappropriately, and all the ways that I had made it possible to keep coming to work or to remain on set, or to simply … just push it down, push it away, find a little space for it and move on. …[I] really just didn’t allow it to consume me. To be honest, I don’t know why I either wasn’t courageous or more destroyed by some of the things that I was privy to, that I was on the receiving end of.

A movie star behaved inappropriately: “I think no matter how evolved or how modern I thought I was … I didn’t feel entirely in a position — no matter what my role was on set — I didn’t feel as powerful as the man who was behaving inappropriately, which … strikes me as just stunning to say out loud, because there were plenty of occasions where it was happening and I was in a different position and I was as powerful. I mean, I had every right to say, “This is inappropriate.” I could have felt safe in going to a superior…And, in fact, I will say, when there was a situation with somebody and I did go to my agent — because I felt I was no longer able to convey how uncomfortable this was making me, how inappropriate it was … within hours everything had changed. … He said to them, “If this continues, I have sent her a ticket, a one-way ticket out of this city” — where I was shooting — “and she will not be returning.”

The person who harassed her: “I didn’t have to listen to jokes about me or my figure or what people thought they could talk me into doing. All these men. All these men. That stopped. The nature of the person who I felt was really the instigator, this was a grown man, a very big movie star and, you know, he was baked, meaning his personality, it was cooked. He was a formed person and that wasn’t going to change. But I felt certainly better and safer, like I could finish what I had agreed to do.”

I wonder who behaved inappropriately towards her, to the point where she had to get her agent involved. From the way she describes it – and what we know of the SATC set – I do not believe she was referencing an incident on Sex and the City, even though that’s the headline some sites are going with, that the dude was a SATC guest star, even though I don’t see any reference to that. I feel like this happened on a movie, and it was probably earlier in her career. Let me look through her IMDB… wow, no one really jumps out? She worked with Alec Baldwin, would he do that? Hm…. 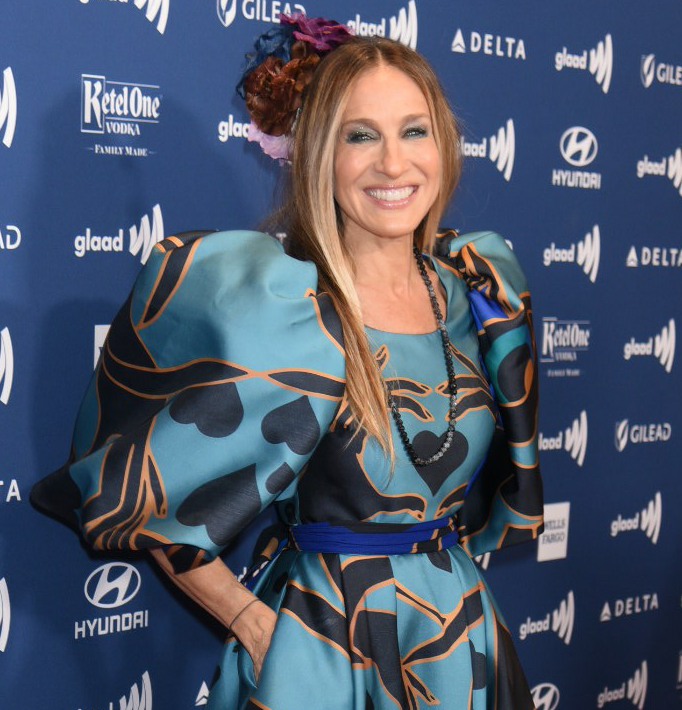 86 Responses to “Sarah Jessica Parker: A ‘big movie star’ behaved inappropriately towards me”