Lady Gaga is releasing a mid-priced beauty line: ‘This is about liberation’

When I was young, I never felt beautiful. And as I struggled to find a sense of both inner and outer beauty, I discovered the power of makeup. I remember watching my mother put her makeup on every morning, basking in the glow of her power to put on her bravest face as the hard working woman she was. I then began to experiment with makeup as a way to make my dreams of being as strong as my mother become true. It was then that I invented Lady Gaga. I found the superhero within me by looking in the mirror and seeing who I wanted to be. Sometimes beauty doesn't come naturally from within. But I'm so grateful that makeup inspired a bravery in me I didn't know I had. I've come to accept that I discovered my beauty by having the ability to invent myself and transform. They said I was just weird, but really, I was just Born This Way. Love, Lady Gaga


Lady Gaga is joining the crowded beauty market with a new line that will be exclusively released with Amazon in September. It’s called Haus Laboratories and will be priced in the mid-range, with palettes at $49 and lip gloss at $16. (That’s expensive to me, but outlets are calling it mid-priced. For comparison, Rihanna’s Fenty beauty palettes are just about the same at $49 for an eyeshadow palette.) Business of Fashion has an interview with Gaga about her line. She said she’s working with Amazon because they’re letting her have creative control. She’s building the brand around her message of self acceptance and she has some lofty ideas for it.

Haus will sell kits combining lip gloss, lip liner and all-over colour, preceded by a two-month marketing blitz that kicked off Tuesday with a video shot by Daniel Sannwald.

“Colour is completely transformative — it’s powerful, it’s beautiful, and it’s how I found my voice with makeup,” the singer said, though she hinted that a full collection is on the way.

Lady Gaga said the choice was a no-brainer — only Amazon would give her free rein to build her brand around the twin messages of self-acceptance and confidence that have defined her personae since the early 2000s.

“There are companies that see me and what I stand for and the way that I view the world, and if it’s not perfectly in line with what they do … they’ll be like, ‘Can you just change half of the equation?’” Lady Gaga said. “The answer is no. No deal. No message of self-acceptance, no deal. This [deal with Amazon] was so wonderful because this was like, ‘Let’s make a deal, let’s make a deal to change the world with their beauty.’”

[From Business of Fashion]

I get why Gaga wants a foothold in the lucrative beauty market, but just like everything else she does she’s trying to couch it in these ridiculous self-actualization terms. She’s literally saying that selling overpriced makeup is going to change the world. If I’m buying makeup I want it to have low fallout, great pigment and versatile colors. I also want my foundation to match my skin tone and it’s a bonus if there are enough variations for it to match most people’s. Gaga is trying to sell a sparkly idea at this point. I’m sure it will be lucrative for her, and she definitely has fans and a market. This isn’t new for her, she’s always been about self love and LBGTQ inclusion. She just makes me roll my eyes.

Here’s the launch video. It would be nice to see more variation in body types, I’ll say that, although it’s makeup it’s not clothing. You know what this video needs? Bradley Cooper coming in at the end to wipe the makeup off Gaga’s face.

Between developing formulas, mixing the shades, designing the packaging and components, as well as casting the models and collaborating on styling, direction, and being the creative director, pulling all-nighters making boards that showed all our imagery and art—this launch is so very special to me. This is a labor of love and passion to be the Warhol of an artist I’ve always wanted to be. I love everyone who works w/ me @hauslabs we are a family on a mission: to inspire bravery, inspire a positive community that breeds self-acceptance. We want you to see you as you see yourself. Thank you for going on this journey with me. This isn’t just makeup. It’s a battle. A battle for your life. And I hope this makeup inspires you as much as makeup did when I fell in love with it and it helped me discover myself. I love you. We want you to love yourself ❤️ #HausLaboratories #BattleForYourLife 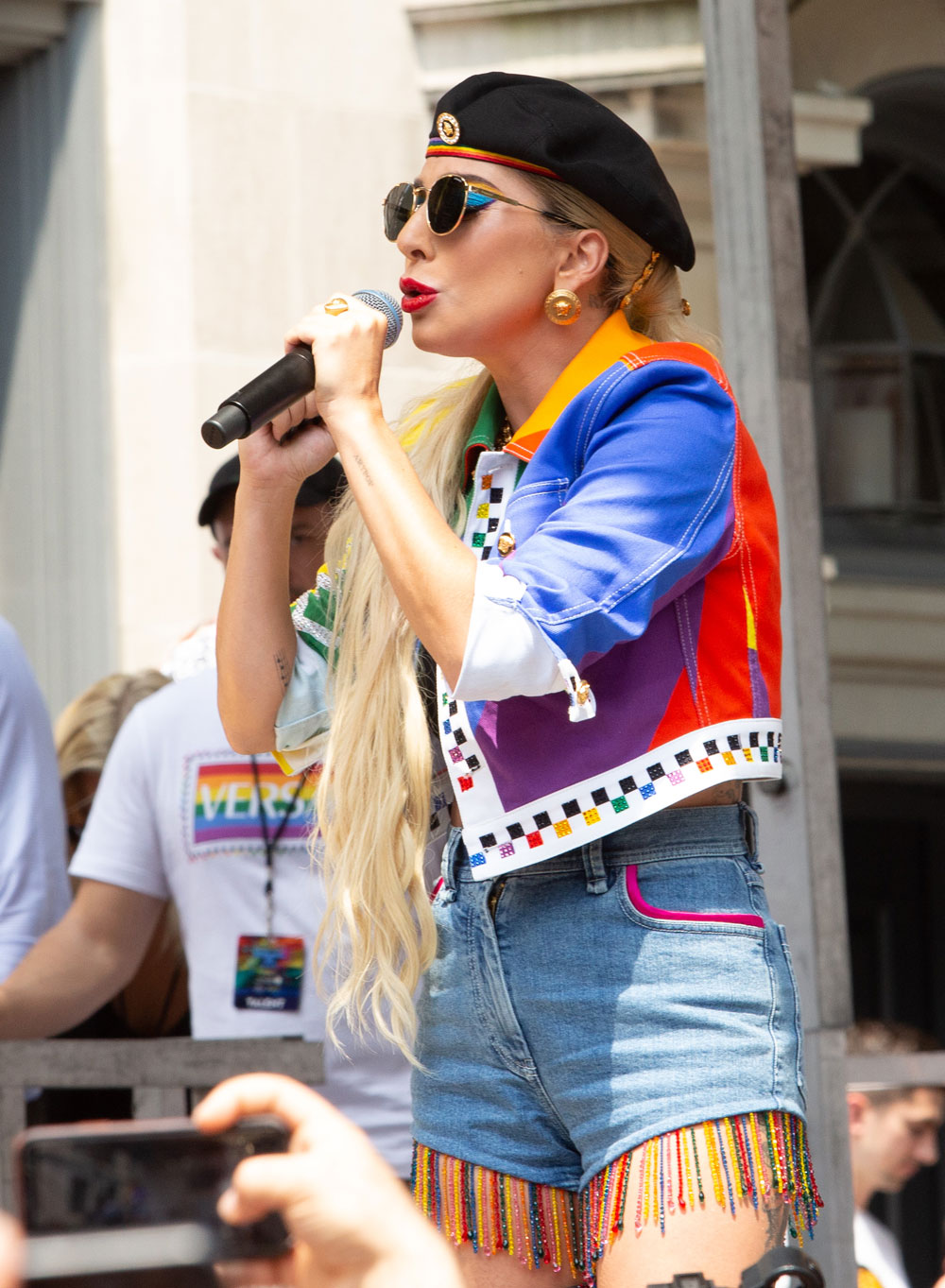 43 Responses to “Lady Gaga is releasing a mid-priced beauty line: ‘This is about liberation’”