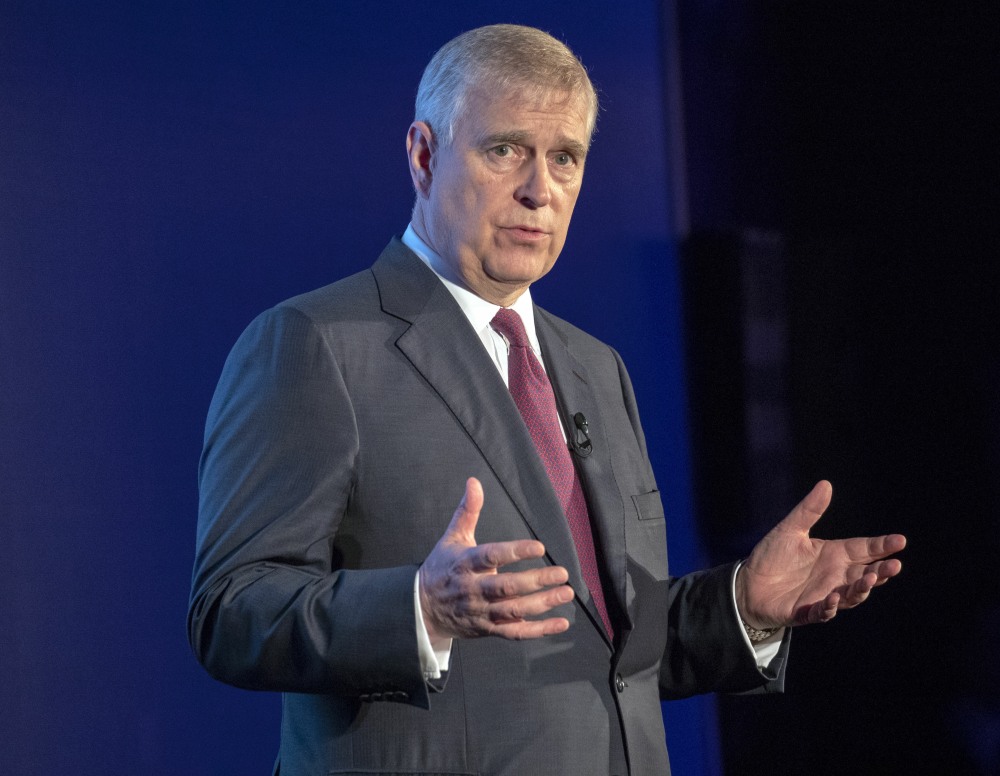 I have a feeling that the Duke of York’s years-long connection to Jeffrey Epstein will play out in the media much the same way Prince William’s alleged affair with Rose Hanbury played out in the British media. Which is to say, the British media will largely ignore the giant, smelly elephant in the room – all while continuing to attack the Duchess of Sussex for breathing – and the story will live on social media and partly through the American media. To be fair, I think the American media will do a much better job of reporting on Prince Andrew’s connection to Epstein than they did with the Rose Hanbury situation, but that’s because they’re very different scandals. Epstein is due in court on Monday for a bail hearing, and we continue to learn more about his years-long association and friendship with the Duke of York. The Daily Beast’s Tom Sykes had a lengthy (paywalled) story about why the two gross losers came together, and how Epstein basically used Andrew to lure young girls to his home, and then… well, you get it. You can read the full story here. Some highlights:

Why Andrew & Epstein first got together: Epstein was able to loan Andrew the jet-set lifestyle he always craved. It is a matter of pubic record that Andrew holidayed with Epstein in Thailand and St. Tropez. It was also on Epstein’s private island in the U.S. Virgin Islands where alleged underage sex slave Virginia Roberts claims that she was passed around men, including Prince Andrew, for sex. Prince Andrew’s ex-wife, Sarah Ferguson the Duchess of York, also benefited form Epstein’s largesse, accepting £15,000 from Epstein in 2010, when he was already a convicted pedophile on the sex offender’s register.

It went beyond money though: Sources tell The Daily Beast that Andrew and Epstein also shared an insatiable appetite for young women. Sources tell The Daily Beast that when Andrew was visiting New York in the late 90s and early 00s, he was a frequent guest at Epstein’s massive Upper East Side home. Epstein would host drinks or dinner parties at which Andrew was feted as a guest of honor, and used to draw in a crowd of young society women, usually in their 20s, via his former girlfriend and alleged madam, Ghislaine Maxwell, who was closely connected to New York City’s and London’s more glamorous sets.

One guest remembers, Part 1: “Everyone in New York had heard the rumors that Ghislaine’s job was to provide a stream of pretty women for Epstein. However, we were under the impression that this was about 20-something girls, not 12-year-olds. Ghislaine’s role, it was therefore understood, was about improving his social life and social standing and making sure there was a parade of hot young women at his house all the time. My girlfriend and I had been invited a few times before and not gone, but when Ghislaine said Prince Andrew was coming, we thought, ‘Why not?’, and we accepted an invitation to dinner. Andrew was divorced by this time and pretending to be a global trade ambassador, and Epstein was this famously creepy, wildly rich and rather mysterious financier, so it was kind of an appealing invite.”

The same guest remembers, Part 2: “It was quite an intimate dinner; there were maybe 16 of us, in his house that took up a quarter of a whole block on the Upper East Side. Epstein and Andrew were not there to begin with, and then the doors were flung open and they made their entrance. They were both charmless, they looked like bored people who wanted to be entertained. Ghislaine I actually liked. She ran around, making sure everyone was OK like a super hostess. She was gossipy, a little bit inappropriate, a social provocateur, but good fun. Epstein was clearly confident in Andrew’s presence, and was trading off him, basking in the reflected glory of having a prince at his table. He very obviously was not sucking up to him, and showing off by calling him Andy. ‘Hey Andy, did you see this….’ He wanted to show how comfortable he was in his presence, and make clear that while he was a guest of honor, he was a regular, routine and repeat guest. Epstein, Andrew and Ghislaine were a trio, a little coterie, a party within the party, the insiders among the other guests. The story was that Ghislaine did all this for Epstein because he was a father figure to her after her father dies in mysterious circumstances, and also because when she stopped being his girlfriend, he put her on the payroll. She was his meal ticket and sugar daddy.”

That’s not all – once Andrew got to know Ghislaine Maxwell, he used her to “procure” young women for him in London, without Epstein around. Andrew would contact Maxwell, and she would call up her contacts and find pretty young things and take them over to Buckingham Palace. The Daily Beast also spoke to someone from one of those evenings:

One then-friend of Ghislaine recalls being invited to an intimate dinner for four at Buckingham Palace comprising Andrew, our source, Ghislaine and another woman who was also a friend of our source. “My car drove in the front gates of Buckingham Palace, stopped round the back and I was escorted up to his apartment. Ghislaine was there, and it was clear immediately that I had been brought to the dinner as a sex object. Andrew sat next to me on the sofa and kept reaching over to hold my hand. I said as a joke, ‘I’d love to go on a tour of this place’ and next thing I knew, I was walking hand in hand with Prince Andrew through Buckingham Palace. As a joke, he took me out on the balcony and I waved to the non-existent crowd. We went back to the apartment and he was like, ‘OK, let’s all go to a club,’ and I said, ‘Er, look, I have to go to work in the morning’ and left with my friend. Ghislaine procured women like me for Andrew. It was a network. She was on the party circuit and she was bringing Andrew around, meeting young women.”

Was Ghislaine a madam? Or was it something else, which seems to be what the New York source makes it seem like – Ghislaine dated Epstein, she got too old for him, but they were still close so she helped procure women and girls for him. To be completely clear – these sources make it sound like both Epstein and the Duke of York just had a taste for women in their early ‘20s. Which makes them gross and pathetic, but that’s not criminal behavior. It’s entirely different when we’re talking about 14-year-olds or 15-year-olds. Which… also happened, people just aren’t talking about that so much with regards to the Duke of York.

This is Epstein and Ghislaine in 2005: