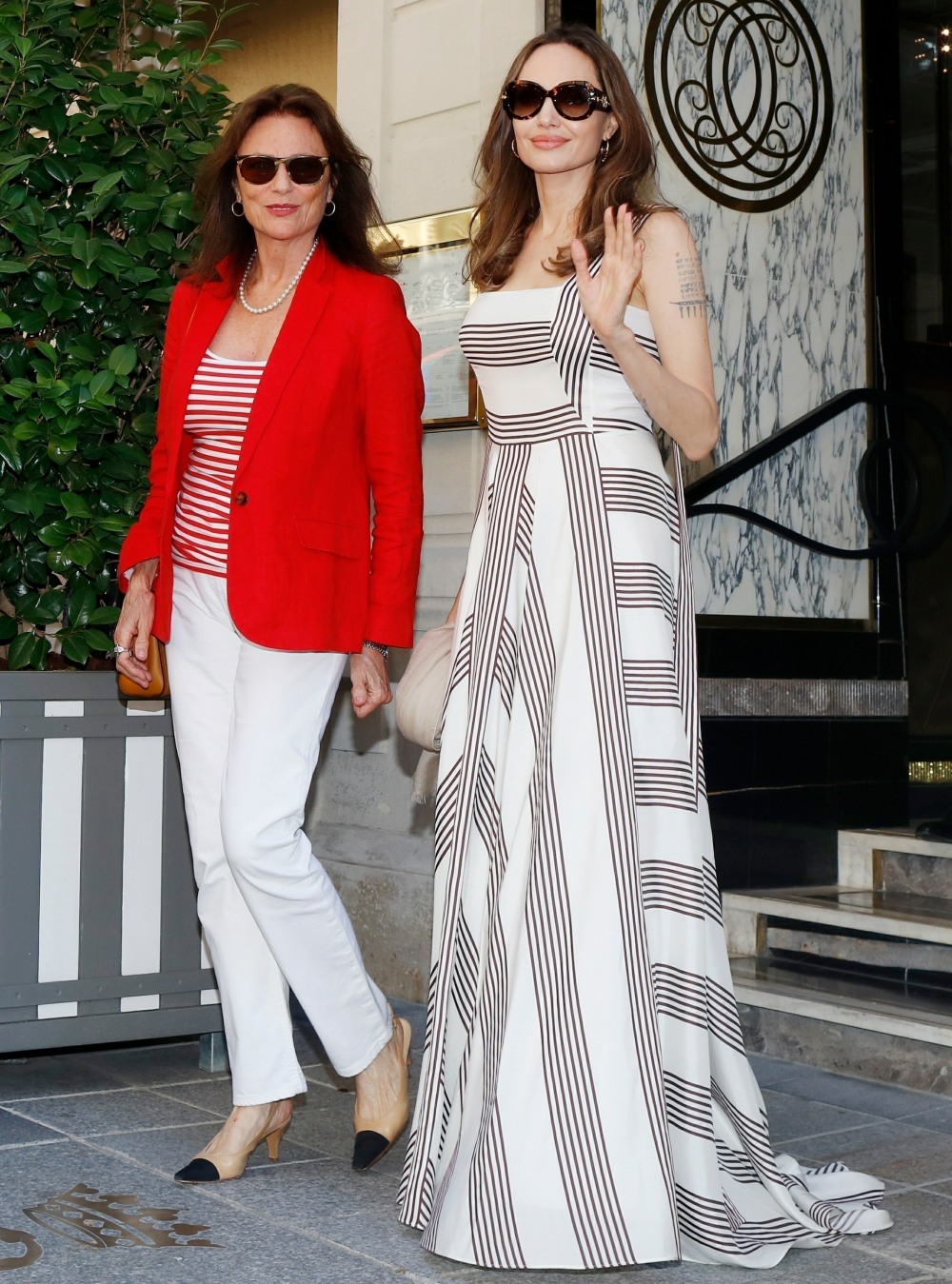 As we saw earlier this week, Angelina Jolie’s Hot Girl Summer includes looking radiant in Paris, going out to lunch, wearing maxi dresses and great grey sweaters, shooting a Guerlain ad (or perhaps it was a magazine shoot) and hanging out with her godmother Jacqueline Bisset. Bisset and Angelina have always been in each other’s lives, obviously, but it seems like they’ve grown closer since Angelina’s mom passed away in 2008. Angelina’s not close to her father – although I tend to believe their years-long estrangement has been over for a while, let’s not pretend that Angelina spends much time with Jon Voight. So Jacqueline Bisset is something of a “cool aunt” to Angelina, perhaps. That’s why a source told People Magazine that Bisset is “very important” to Angelina.

Angelina Jolie got to spend some quality time with her godmother Jacqueline Bisset on a recent Paris business trip. Jolie was in the City of Lights earlier this week for a few business endeavors, including the launch of the new Mon Guerlain Eau de Parfum Intense with Guerlain. Jolie shot a new spot for the fragrance in Cambodia, a country close to her heart and the birthplace of her first son Maddox, now 17.

While in Paris debuting the fragrance promotion, the actress and activist stepped out for dinner with Bisset at the world-famous Brasserie Lipp, where several authors, including Ernest Hemingway, used to hang out. Bisset was named Jolie’s godmother thanks to her strong connection to Marcheline Bertrand, Jolie’s late mom. Bertrand died of ovarian cancer in 2007 after over 7 years of battling the disease. She was 56.

“Angelina was with her godmother, who is very important to her,” a source tells PEOPLE of the trip. “They’re very close, and Jacqueline is someone Angelina has admired for a long time. And of course, there is the connection to her mom.”

I’ve always thought that Angelina looks so much like her mom, but she definitely looks like a Bisset too? I know they’re not related by blood, but they definitely look like it. Such amazing genes, the Bertrand genes and the Bisset genes. As for Angelina being close to Bisset… it must be great to have a surrogate mother figure in your life, and I’m glad they’ve always stayed in touch. 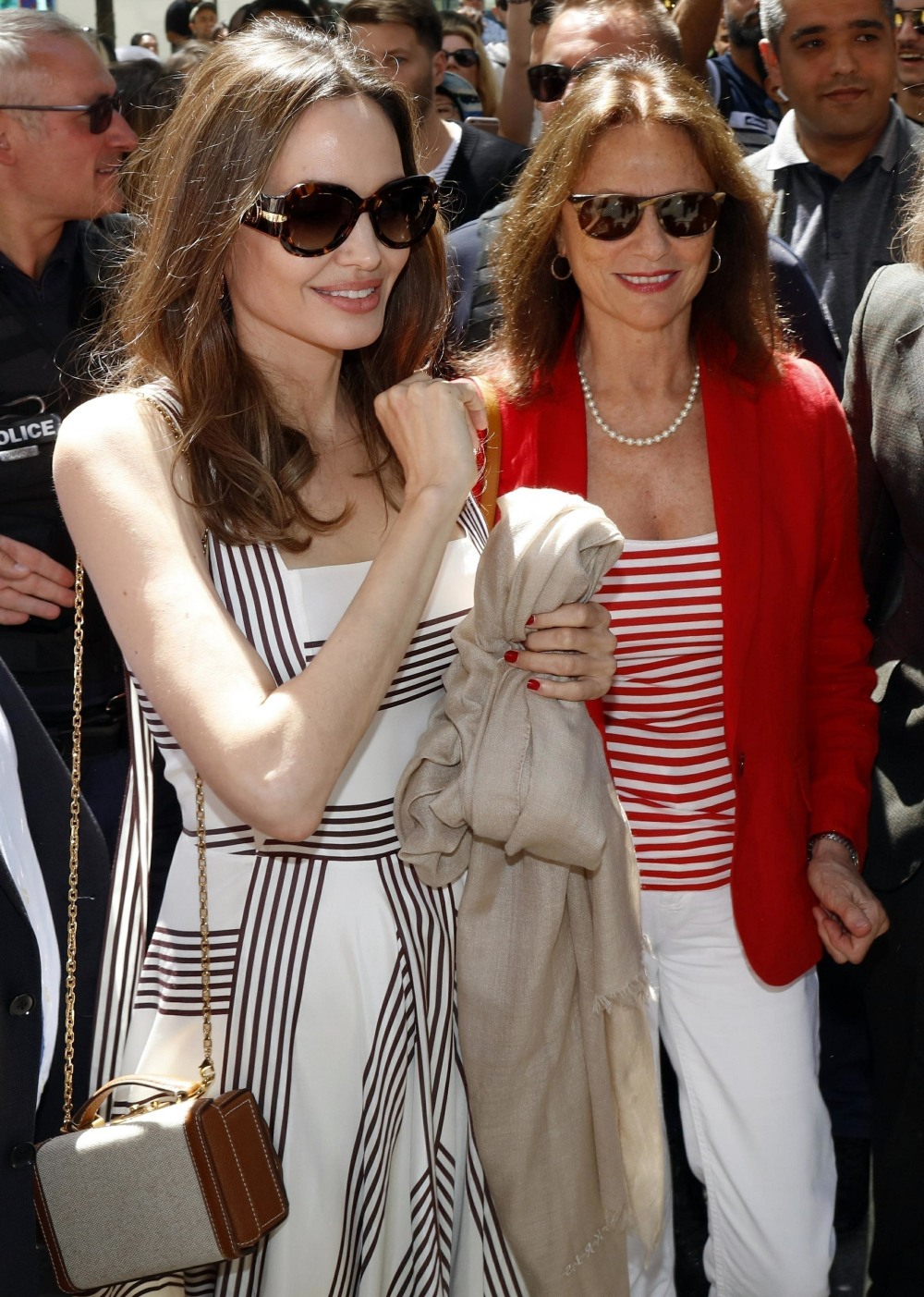