I’ve said this for months, but it’s practically a mantra at this point: the British press has set it up so that they can criticize the Duchess of Sussex coming or going. If she – and she alone! – had decided to raise Archie as Prince Archie, there would have been cries of “she doesn’t know her place!” and “the Cambridge kids are more important!” If she chose to stay at home with Archie for three months of maternity leave with no public appearances, that would have been criticized too, because how dare she NOT work, the taxpayers, etc. And on and on. Of course it wears on her. The system has been designed to wear on her. But if she ever admits that it wears on her, lord help us. Well, she admitted it in an oblique way, while she briefly spoke to Pharrell Williams on the red carpet of The Lion King:

Life in the public eye isn’t always easy for Meghan Markle. The Duchess of Sussex and Prince Harry met a number of celebrities on Sunday night during their appearance at The Lion King premiere in London, including Grammy winner Pharrell Williams, who produced many of the songs on the live-action remake’s soundtrack. Williams took the opportunity to congratulate the royal couple on their relationship.

“So happy for your union,” the 46-year-old musician and producer is heard saying in a video of the exchange from ITV. “Love is amazing. It’s wonderful. Don’t ever take that for granted, but what it means in today’s climate, I just wanted to tell you, it’s so significant for so many of us. Seriously. It’s significant. We cheer you guys on.”

“Thank you,” Meghan responded. “They don’t make it easy” — a possible reference to the criticism the couple has faced in the U.K. media about their decision to raise their two-month-old son Archie as a “private citizen.”

In another video of the Duke and Duchess of Sussex greeting members of the movie’s cast — including Billy Eichner, who was spotted hilariously preparing his greeting to the royal couple — Meghan was heard saying, “It’s a date night for us,” while smiling up at her husband.

“I just wanted to tell you, it’s so significant for so many of us. Seriously. It’s significant. We cheer you guys on.” And the reply: “They don’t make it easy.” That’s not about Archie. Or should I say, it’s not JUST about Archie. It’s mostly about how she and Harry are treated as white man and a black woman, because that’s what Pharrell was saying to her: in the community, we love seeing a beautiful and proud black woman as a duchess, we love that you’re not part of the white establishment, the colonizers. And Meghan’s response was basically “they don’t make it easy to be black in this country.” That’s my interpretation anyway, I’m sure a lot of people are about to shout at me. 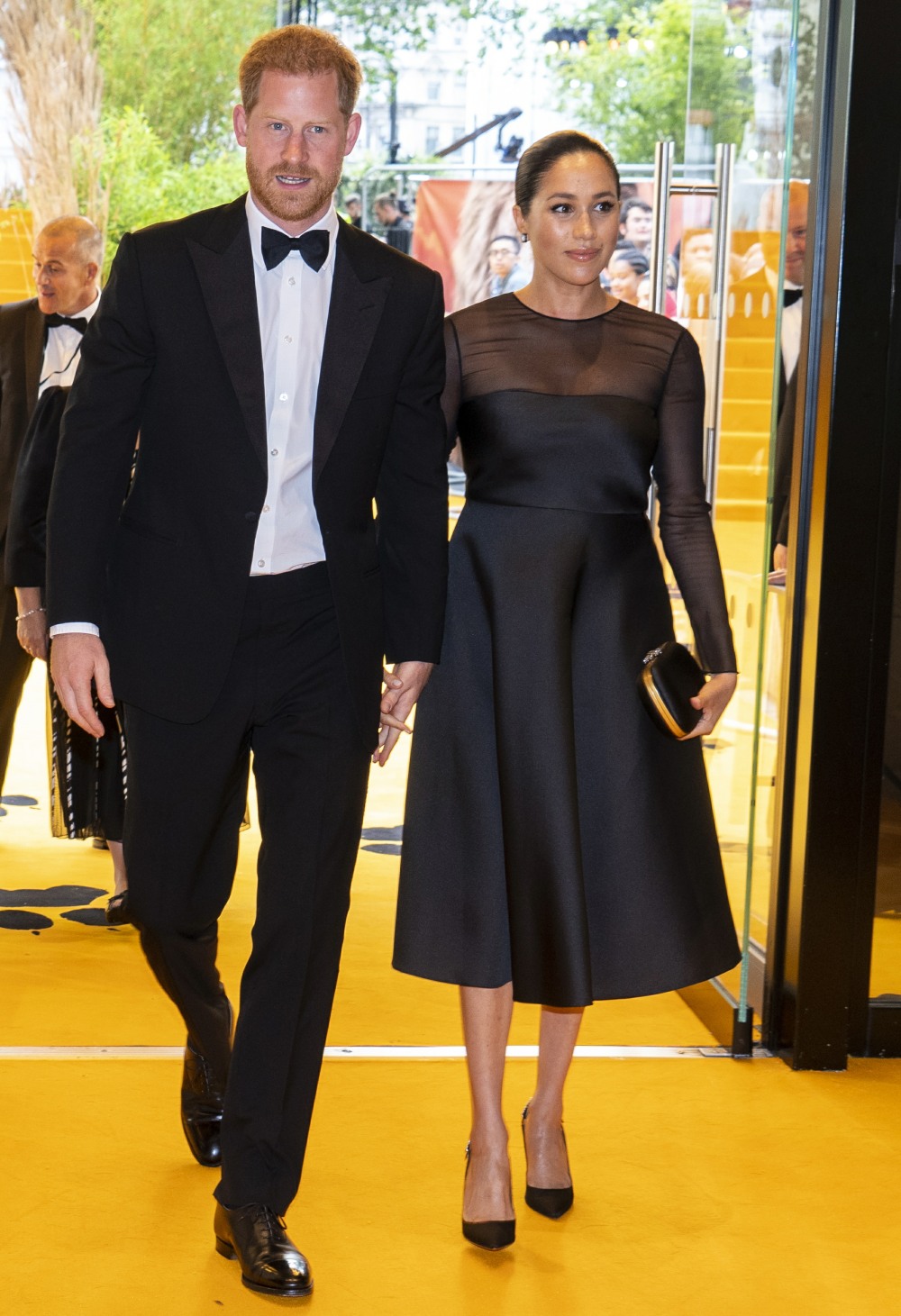