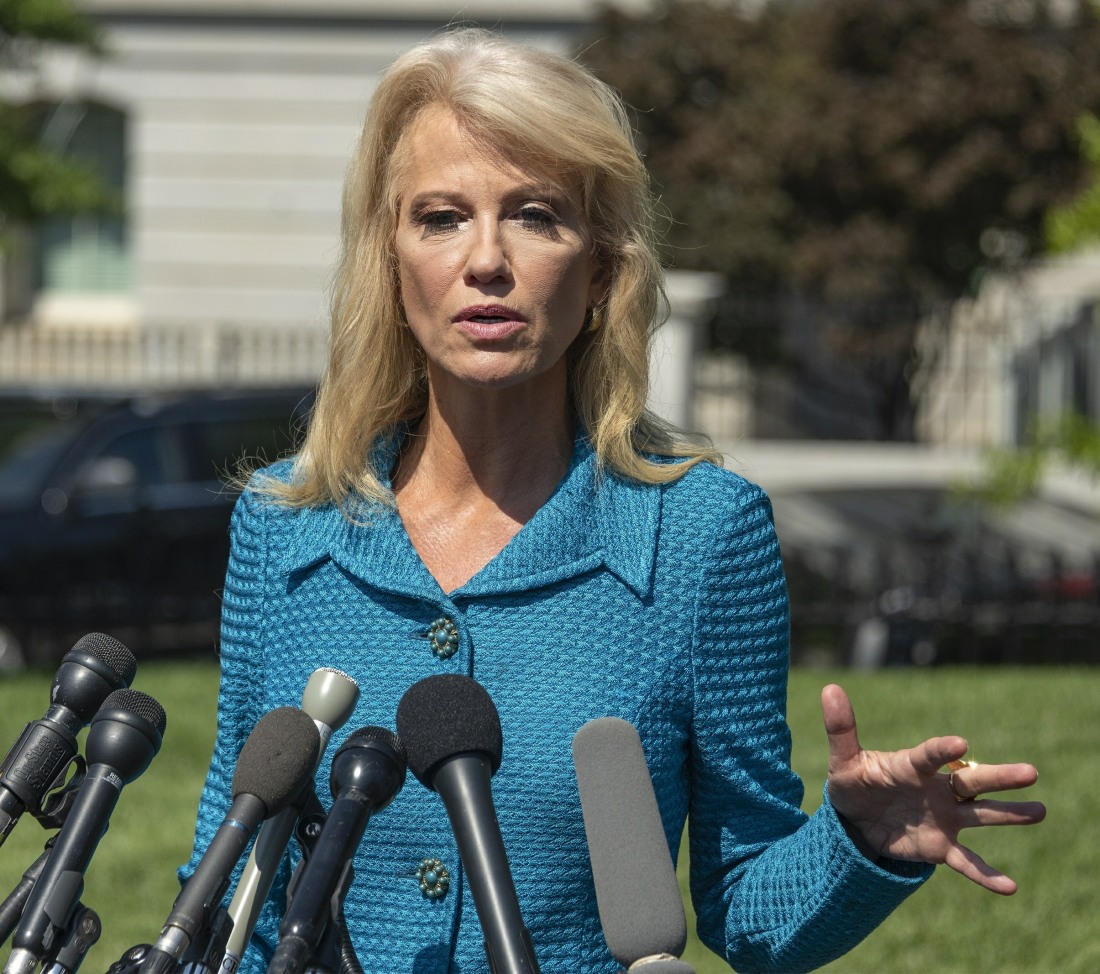 This past weekend, Donald Trump tweeted a vile, racist attack on four American congresswomen. He told the four women of color – three of whom were born in America – to go back to their countries. People pretended to be shocked, because it’s apparently breaking news that Donald Trump is an unhinged racist, a nativist, a white supremacist, a bully and a misogynist. Oh wait, we’ve known all of that for years. As I said in my initial coverage, the tweets were written in a certain way which led me to believe that someone was tweeting for Trump, because the phrasing of the tweets was not what he would use. Meaning, there were people on his staff who cosigned Trump’s racist attacks on four congresswomen and those staffers helped him attack those women.

In the days that followed, Trump has been happy to make this is the dominant conversation, and you know why? He loves to stir up his racist, white supremacist base. Not only has he tweeted more unhinged, racist sh-t, he’s directed his staff to, like, create talking points about his racist attack and go out and give public statements justifying his words. Which is how we got Kellyanne Conway standing outside the White House, giving a half-assed press conference. At some point, Kellyanne turned to journalist Andrew Feinberg and this happened:

Feinberg, a reporter for the website BeltwayBreakfast.com, asked the White House counselor which countries President Donald Trump was referring to when he suggested Ayanna Pressley, Alexandria Ocasio-Cortez, Rashida Tlaib and Ilhan Omar—all U.S. citizens—should “go back” to where they came from. Instead of answering that question, Conway asked him, “What’s your ethnicity?”

“Uh… why is that relevant?” Feinberg asked before Conway interrupted him to say, “Because I’m asking you a question.”

After Conway shares that her ancestors are from Ireland and Italy, the reporter said, “My ethnicity is not relevant to the question I’m asking you.”

Conway still would not answer Feinberg’s question, instead insisting that he question was relevant because Trump said “originally” from—he didn’t—and going on a rant about how “a lot of us are sick and tired in this country of America coming last,” echoing comments she made on Fox News earlier in the day about the “Squad” representing a “dark underbelly in this country.”

Reached for comment, Feinberg told The Daily Beast, “It’s not the first time she’s responded to one of my questions with an irrelevant question, but this time was particularly bizarre.”

The argument Conway and Trump are making is clear to those neo-Nazis listening – Conway and Trump are saying that the reason America is doing poorly is because of all the brown and black people. They’ve always said that if you speak dog-whistle racist or explicit racist. As for “what’s your ethnicity?” – again, they’re setting it up so that anyone who criticizes them or questions them will be shown to have “bias” because those critics/journalists are Jewish/Hispanic/black/Asian, etc. Pretty soon the White House’s official policy will be “only white male Christian journalists allowed at makeshift press conferences.” Pretty soon, the pressers will just be Lindsay Graham yodeling while Kellyanne wears a swastika t-shirt.

It’s even more shocking when you see the video:

During a tense exchange over Pres. Trump's tweets, Kellyanne Conway asked a reporter, "What's your ethnicity?"

"My own ethnicity is not relevant to the question I'm asking," the reporter replied.

"This was meant with no disrespect," Conway later tweeted. https://t.co/4qH8sSryxi pic.twitter.com/0ICKKNgNk5