Camille Grammer on her $30 million divorce settlement: ‘I worked hard’ 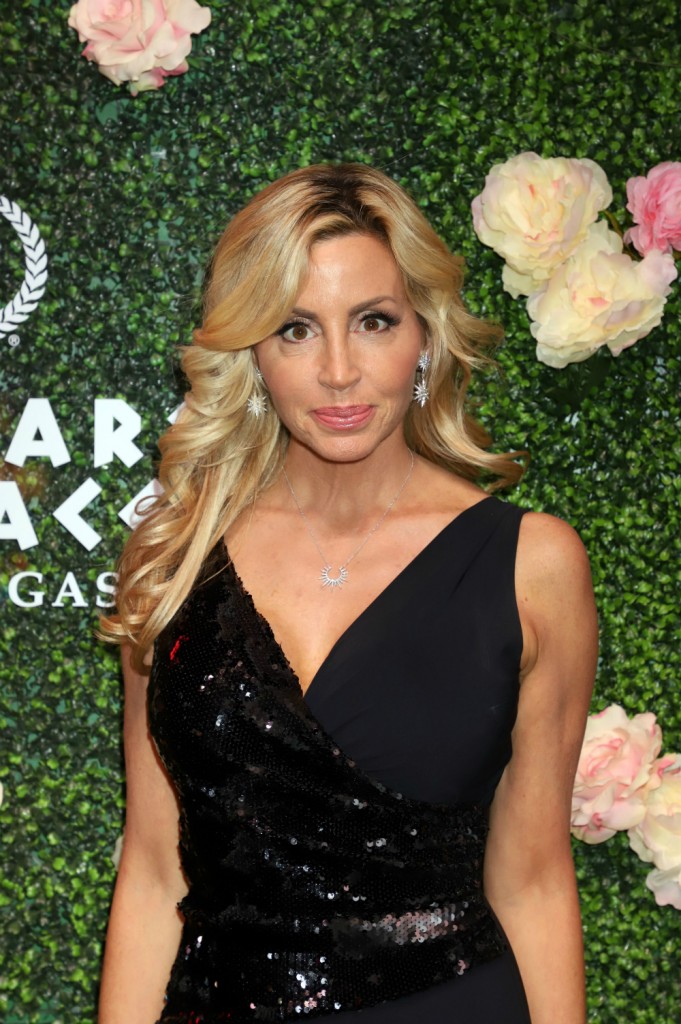 Camille Grammer appeared on the Real Housewives of Beverly Hills season nine reunion earlier this week and answered questions about her divorce from Kelsey Grammer, which happened eight years ago. Because Andy Cohen was the host and this was a Real Housewives episode, it was more of a cross examination than anything else. Andy pitted Camille and Denise Richards’ divorce decisions against each other. Neither woman had a pre-nup and while Denise walked away with seemingly little from Charlie Sheen, Camille went for her legally allowed 50%, which came out to about $30M. Not only did Camille have to defend her payout, but also why she kept Kelsey’s last name even after she remarried David C. Meyer last year.

It’s been more than eight years since Camille and Kelsey’s divorce was finalized in February 2011. In June 2017, Camille, who received $30 million after ending their 13-year marriage, said in a segment on the season 2 finale of Andy Cohen’s Then & Now: “Thank God I didn’t have a prenup. Thank you Kelsey. I guess you loved me at one point.”

She added at the time, “If I get married again, I will absolutely insist on a prenup.” And in October of that year, Camille was awarded 50 percent of Kelsey’s 401K account from the time of their marriage in 1997 to their separation in 2010, according to court documents obtained by PEOPLE.

“I just felt that, you know, working — and I worked hard,” Camille continued. “I just didn’t sit back, buying fancy clothes and shoving bonbons in my face. I mean, I worked hard.”

The shocking statement appeared to take the rest of the women by surprise as Kemsley pivoted to Denise and asked, “Do you like bonbons?”

“I’ve never had one,” Denise said with a laugh.

Let me say up front that I understand these shows are all about the drama, which is exactly why they pursued this line of questioning. I’m also not here to defend Camille specifically, but her divorce decisions. I assume she’s as much of a piece of work as the rest of them. But from purely a legal standpoint, it was her right to ask for 50% and that’s what she got. But I don’t think Camille should have to justify going for her share any more than Denise should have to justify not going for it. The decisions made during a divorce are deeply personal. Maybe some choices are made out of spite but ultimately, it’s up to a court to determine if it is yours to claim. It’s not like Kelsey was going to be destitute with Camille’s settlement, poor guy – having to slum it on his Frasier residuals.

It was a viewer that asked why Camille still used Grammer and Camille answered, “the primary reason is for my kids. That’s it.” Denise chimed in that she, “couldn’t wait to get rid of mine. Sorry.” I know plenty of women who kept the same last name as their kids, even after they remarried. I also would have been okay if she’d said it was her name when she got famous. Demi Moore uses her first husband’s name and she’s been married twice since then, and her kids having the last name Willis. Again – perfectly acceptable business decision. Honestly, I’d forgotten Denise Richards ever went by Denise Sheen. 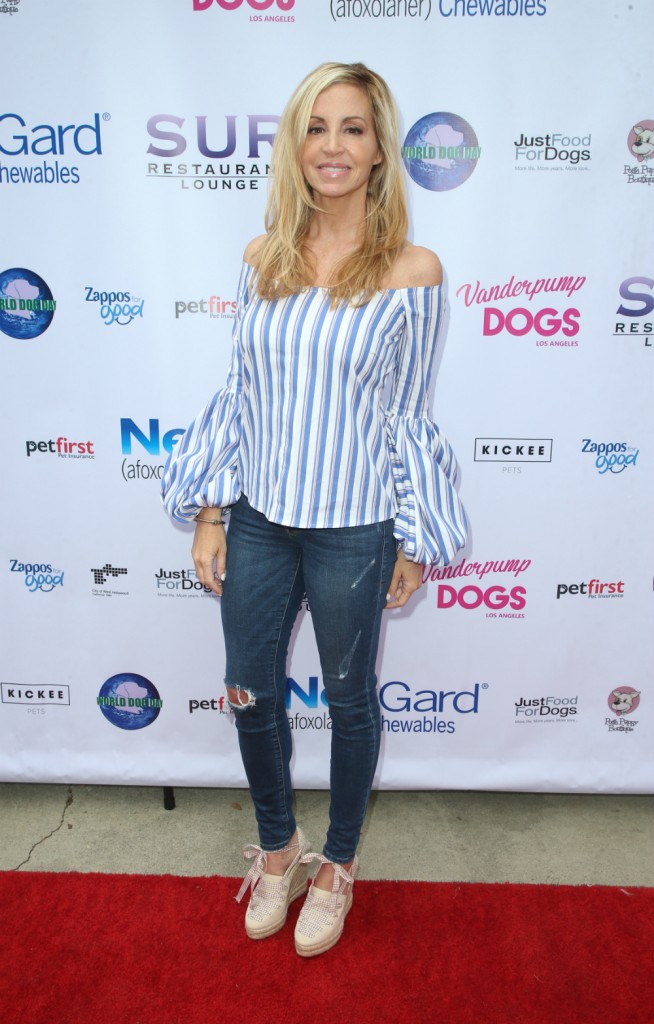 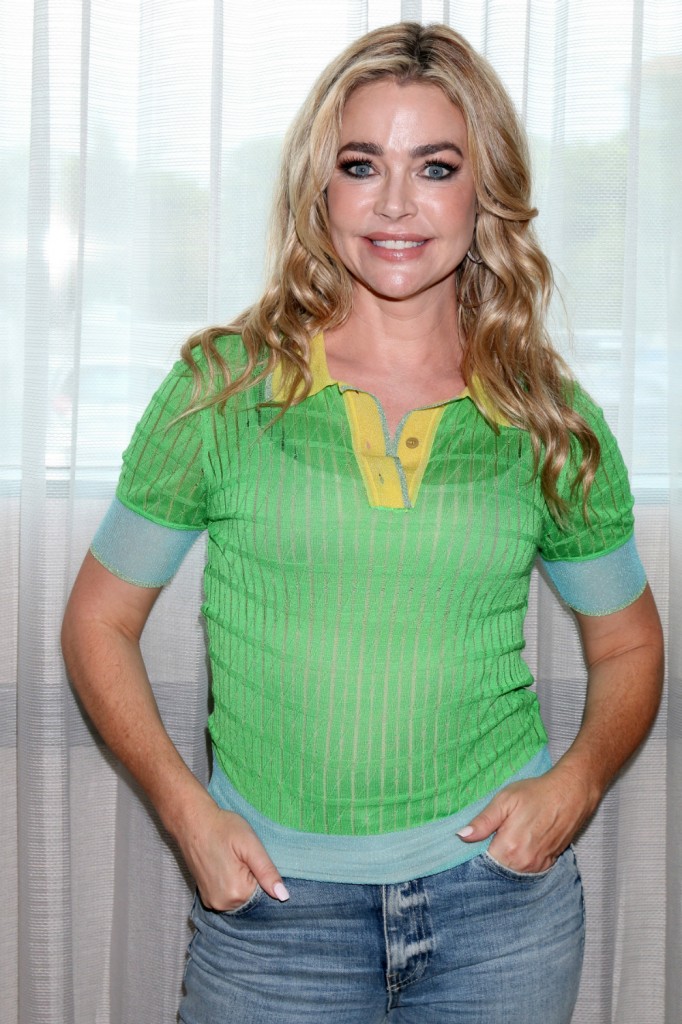 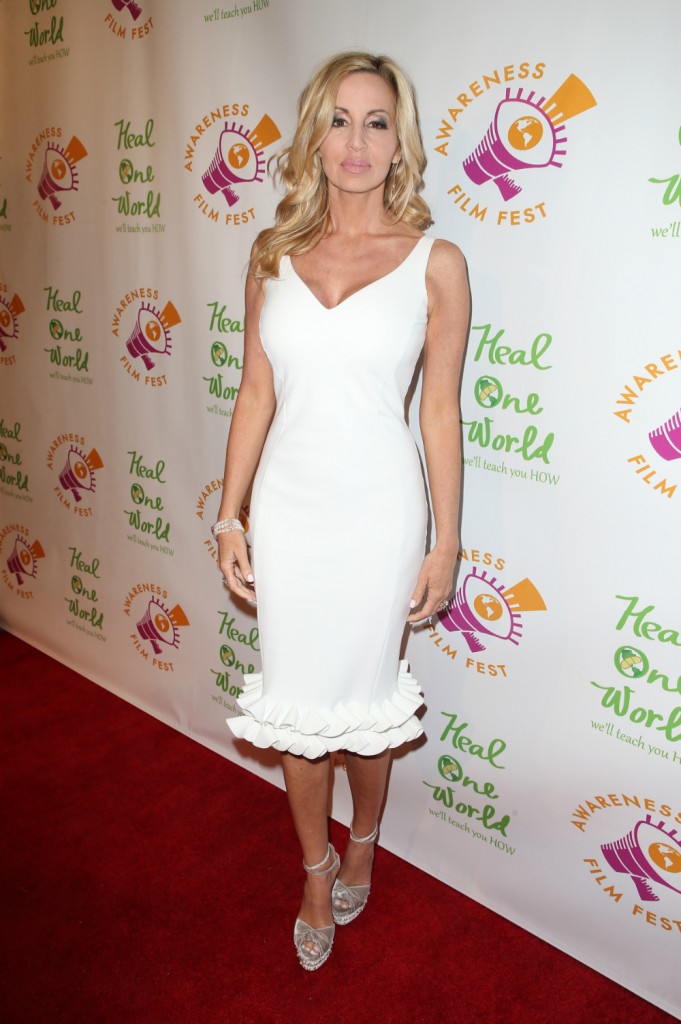 43 Responses to “Camille Grammer on her $30 million divorce settlement: ‘I worked hard’”