If there’s anything I learned from volunteer work it’s that you have to figure out how and why things are done a certain way before you can make changes. Years ago I went to a social entrepreneurship conference. A guy told a story about a well-meaning firm spending a literal million dollars on a birth center outside a rural town in Nepal. No one from the firm had spent any time in the town, they just knew that they needed better local healthcare. The birth center was too far away, no one went to it, and it failed basically. The man who told the story had gone there for a few weeks and realized that giving the local doctor more resources and upgrading his facility would achieve results much cheaper. So they did that and were able to improve quality of life. Anyone can notice that change is needed, but the hard part is figuring out what already works and improving that using existing systems. Enter Kourtney Kardashian, who is complaining about the processed food at her kids’ school. She wrote this on her new lifestyle site, Poosh (which I still maintain should be called Koosh). It’s the most philanthropic content she’s posted, which truly isn’t saying much.

You don’t have to donate large sums of money, create a foundation, or cause a scene to chip away at little (or big) issues in the world, starting with your community. I’ve found that simply using my voice to stand up for small changes that add up to big impacts is so effective at not only creating change, but setting an example for my children.

I may not be the loudest or the most aggressive, but I’ve never been one to stand by and watch something I disagree with unfold. For example, it’s common knowledge these days that food is fuel. When it comes to my kids’ schools, seeing what kind of meals and snacks are provided can be unsettling … processed foods, less than fresh, inorganic produce, etc. But as moms, it’s in our power to raise some awareness and rally for healthier options.

I wasn’t satisfied with the food being served at my kids’ school, so I made sure that the principal knew my concerns. And I’ve continued to offer my two cents on everything from the type of milk they serve to their use of single-use plastic. It may seem annoying, but in the long run, I’m doing it for my children and their futures. Another idea is to suggest a pledge that the kids take (and teachers, too) to create less waste every year, or starting a petition that gets passed around the parents via email. Dialogue picks up momentum, and momentum stirs change.

I’m constantly sharing with my kids the importance of sustainability. While sometimes it feels like it’s “too late” for my own generation to get on the same page, we can form a new generation that is raised in awareness about the state of the world—a generation with fundamental values that promote sustainability. The other day, Penelope asked me why lotion comes in plastic bottles and, honestly, I didn’t have an answer for her. But I’m happy that she’s hearing my constant concerns for the amount of plastic we use on a daily basis, and she’s already asking the big questions.

While making sure my kids minimize their own footprint, I also like to let them hear me speak to restaurants that we go to about changing some of their wasteful practices. Encourage your local smoothie shop to do away with plastic straws, or your favorite dinner spot to opt for to-go packaging made from corn and other biodegradable materials. If you get pushback, try again, or try somewhere new with an open heart and mind. These small changes can snowball when your community takes the cue and does the same…

It may seem like change is out of your reach, but truly it’s within all of our grasp. I practice using my voice in my community in an effort to make improvements in our environment and health, and I truly feel like bringing my kids into the mission is the legacy I can leave behind. So if you feel small, speak up. Our voices are big.

[From Poosh via Us Weekly]

This is coming from the woman who put her kids on gluten and dairy-free diet after “muscle testing.” It sounds superficially smart, so she surely had help with it, but it’s still dumb. First of all, she’s targeting her children’s school, which now has to deal with all the press and negative attention that comes along with that. Secondly, she’s doing this without doing a lick of research or even volunteering to serve lunch there one time. (I’m making that assumption, but given the self righteous way this is worded and the fact that she didn’t mention working with them, I think it’s the case. The photo accompanying this is of Kourtney in her living room.) Just put in a little legwork and see why the food is the way it is and why they’re using non-renewable products. Also, she’s selling sh-t at the end of this post, which I do too so I understand, but come on. Jamie Oliver spent months working with public schools in West Virginia and California trying to help them serve healthy food, as seen on his 2010 show, Jamie Oliver’s Food Revolution. Even though he’s an experienced chef, did his research and had a team of people, he couldn’t do much in the end. All Kourtney is doing is bragging about complaining to her kids’ school. She wrote about using her voice, which is a start but takes the least amount of effort. That’s Kourtney’s whole brand.

This is cute though.

I’m so in love with her. I can’t believe she’s 7. She inspires me to be my absolute best. The things I have learned from her are immeasurable. Unconditional, pure love. 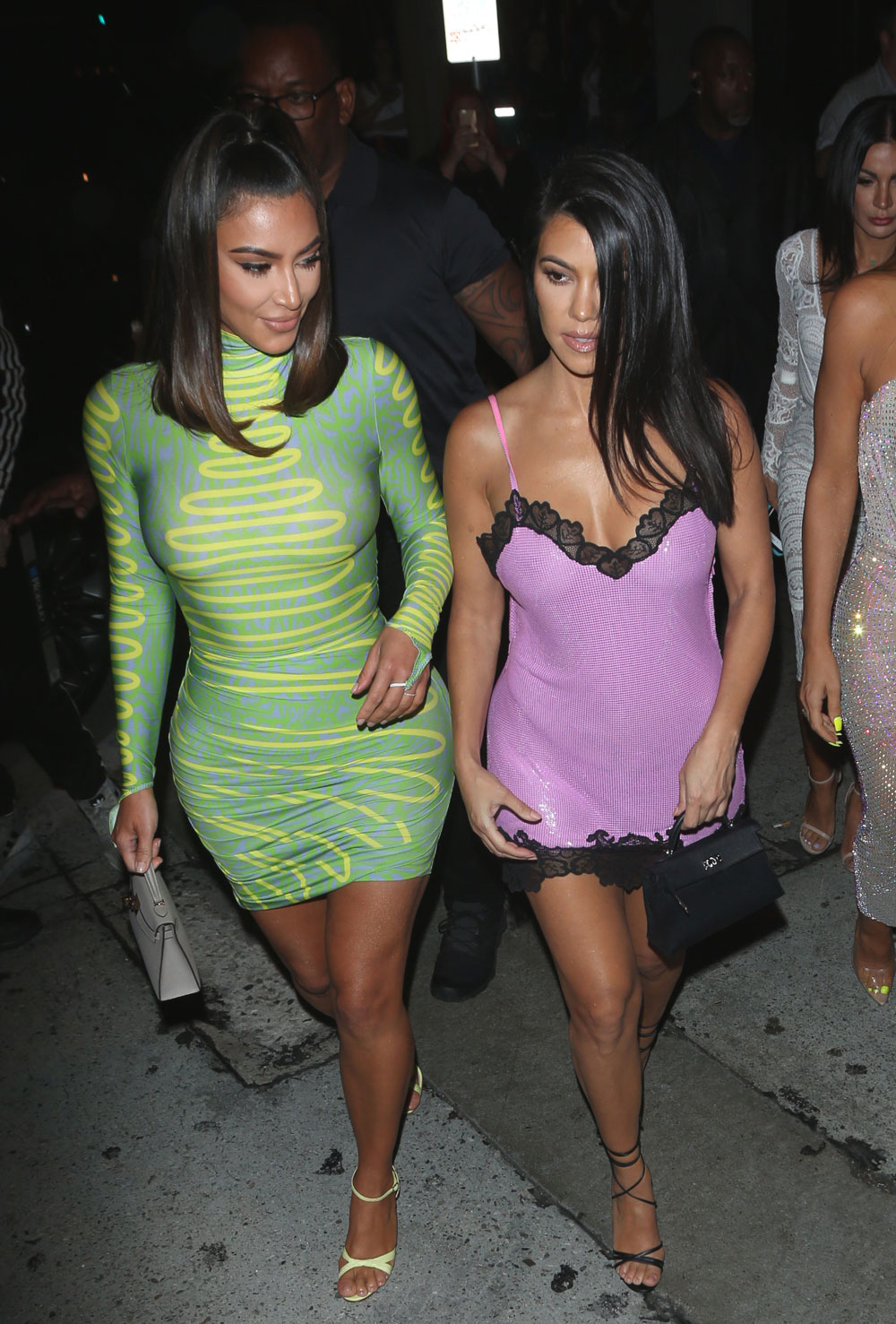