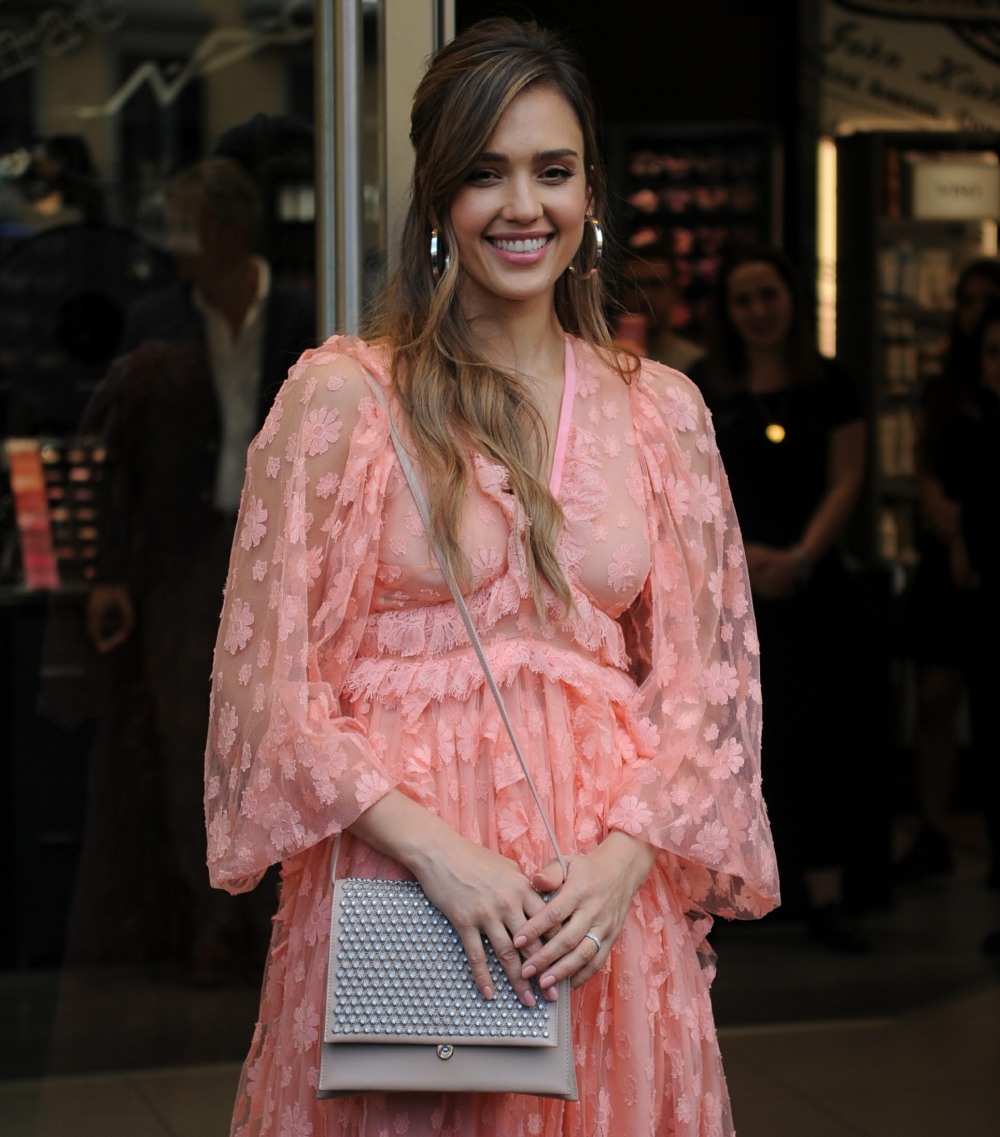 It’s weird to realize that women like Jessica Alba and Gwyneth Paltrow really were on the “forefront” of certain trends. Gwyneth really did start the whole “vanity newsletter/blog” for celebrities and then she found a way to monetize it, mostly through pseudoscience and body-shaming. Jessica Alba’s Honest Company is almost eight years old now, and it’s an established brand at this point, with products known for their organic, “clean,” and non-toxic materials. Jessica recently chatted with Refinery29 about The Honest Company and I can’t really find a reason for this interview – like, she’s not promoting one specific product – but it’s still sort of interesting. She also talks about tattoos. Some highlights:

Founding The Honest Company: “When I founded Honest 7-and-a-half years ago, nobody was talking about clean, nobody was talking about safe ingredients, no one was even questioning the impact of ingredients or products on your overall health. I’ve always had a passion for clean beauty because I have terrible allergies. I have very sensitive skin, so I was always looking out for cleaner products. I didn’t want to sneeze or have a rash.”

Developing clean makeup: “I found there was a huge gap in clean color cosmetics in terms of performance and payoff, and especially the pigment options. It’s sad, what was available to people.”

Passing down good skincare to her children, Honor, 11, Haven, 8, and Hayes: “I put sunscreen on them when they’re exposed to the sun all day. I talk to my daughters about skin care, and they use the Honest Beauty Organic Facial Oil in the morning before they go to school.”

Her tattoos: She recently got three tattoos in their honor: each of their zodiac signs’ constellations, inked across her left arm. They’re her favorite of her tattoos thus far, but almost by default. “I do have a few tattoos, and I regret one of them… maybe two,” Alba says. One of them is what she calls “kind of a tramp stamp,” a bow on the middle of her lower back; then there are the flowers she got right in the middle of her neck, which she regrets to this day. “I got it when I was, like, 17 and I’m so irritated that I got it,” she says. “I got it lasered many times and it’s not coming out.”

Her latest tattoo carries a lot more sentiment than the rest. “I really wanted to think about what would be meaningful over time, because when you get something when you’re 17 and now you’re 38, you’re like, Hmm, don’t know if that’s too meaningful. But for that one, the kids are forever.”

I think those old tattoos on people are so interesting, even if they’re cheeseball “tramp stamps” or whatever. I also think it’s funny when someone tries to laser that sh-t off and it doesn’t work. Angelina Jolie spent years trying to laser off the “Billy Bob” on her bicep only for it to still appear in shadow-form for the better part of a decade. Interesting fact: that’s the same bicep that now has all of the tattoo of latitude-and-longitude numbers of her kids’ birth locations. Angelina waited until she lasered the “Billy Bob” enough and then just got the new tattoo over the shadow tat. I never really thought of Alba as much of a tattoo person, so it’s cool that she got some tattoos that are meaningful to her now. 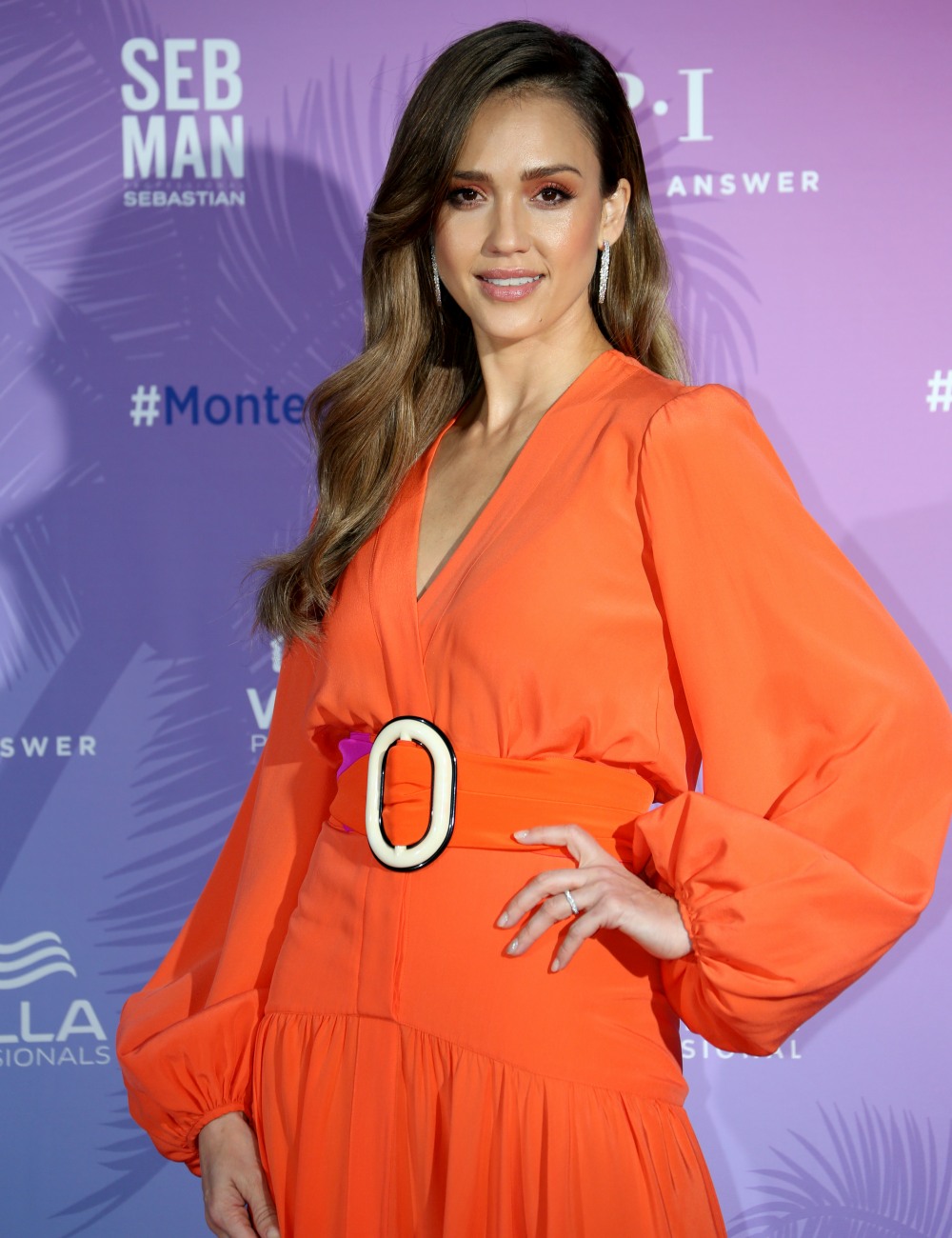