Rumer Willis liked Tarantino’s no phones rule: ‘Our phones have invaded our lives’ 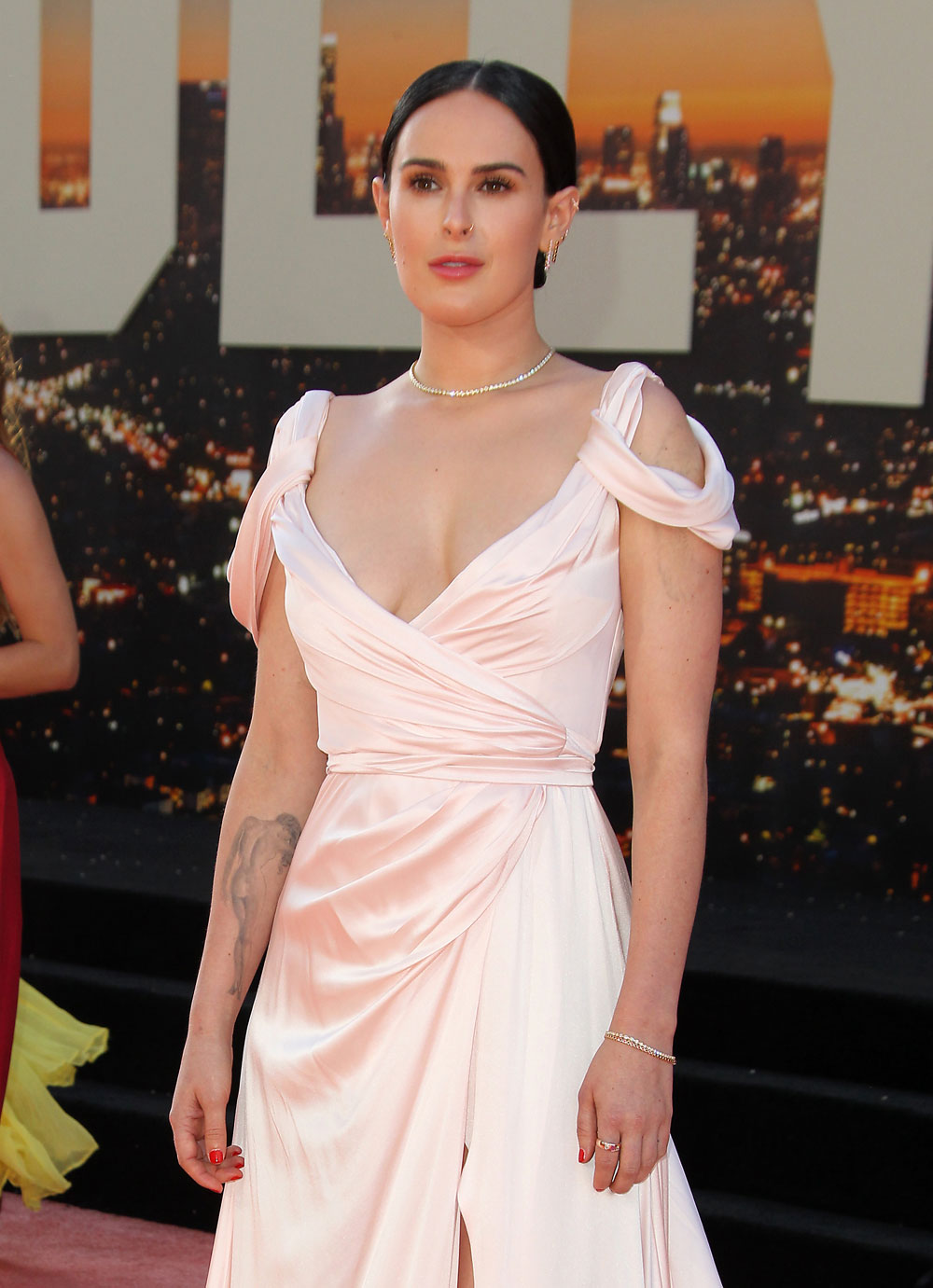 I know so many people who have instituted “no phones at the table” rules because otherwise their children and spouses wouldn’t look up from their phones during meals. Appearing on Huffington Post’s “Between You & Me,” Rumer said that her mother, Demi Moore, made that rule for their family, but is often the one who checks her phone:

Moore’s eldest daughter, Rumer Willis revealed in an interview with HuffPost’s new series “Between You & Me” that when it comes to keeping the table phone-free, it’s usually her movie-star mom that breaks the rules.

“Our phones have invaded so much of our lives,” Rumer said.

But the 30-year-old daughter of Hollywood royalty Bruce Willis and Demi Moore, who is a talented actress and singer in her own right, admits that it can be hard for her to ditch the screens herself.

“There’s so much that we’re not experiencing because we’re trying to capture [things],” said Willis, who has a sizable Instagram following and is a regular social media maven. “I can’t tell you how many videos I’ve taken of a concert where I’ve literally never watched them again.”

Another place where Rumer had to surrender her phone? The set of Once Upon a Time in Hollywood:

“Normally, you walk off set, everyone is on their phone, checking Instagram, you’re immediately out of what you’re doing,” she explained. “Then you have to kind of jump back in and get the engine restarted almost.”

Not so on a Tarantino set.

“Most of all my stuff was with Margot Robbie who’s so unbelievably lovely and so talented. It was amazing because we then just got to talk,” Willis said. “You’re talking with the wardrobe and everybody and just connecting more and being a part of the whole experience.”

According to Timothy Olyphant, who portrays actor James Stacy, “Tarantino didn’t put the ban in place in fear of leaked footage or photos, but rather because he wanted to create an environment where everyone would be focused only on their art.” Apparently, if someone had their phone out, they were “done.” Both Rumer and Timothy found the policy to be beneficial to their time on-set. I think it’s a great rule; it keeps everyone present and not constantly distracted with alerts and phone calls. I had to lock up my phone at a show recently, which was odd, initially, but I appreciated not being tempted to check it and had a really fun night. I was at a concert a few years ago and the couple sitting next to me had their phones out nearly the entire time; they were texting constantly. I wondered why they’d bothered to come to the concert in the first place, and the light from their screens was distracting. Rumer is right that our phones have taken over our lives. I leave mine elsewhere when I’m eating, but otherwise, it’s never too far away. 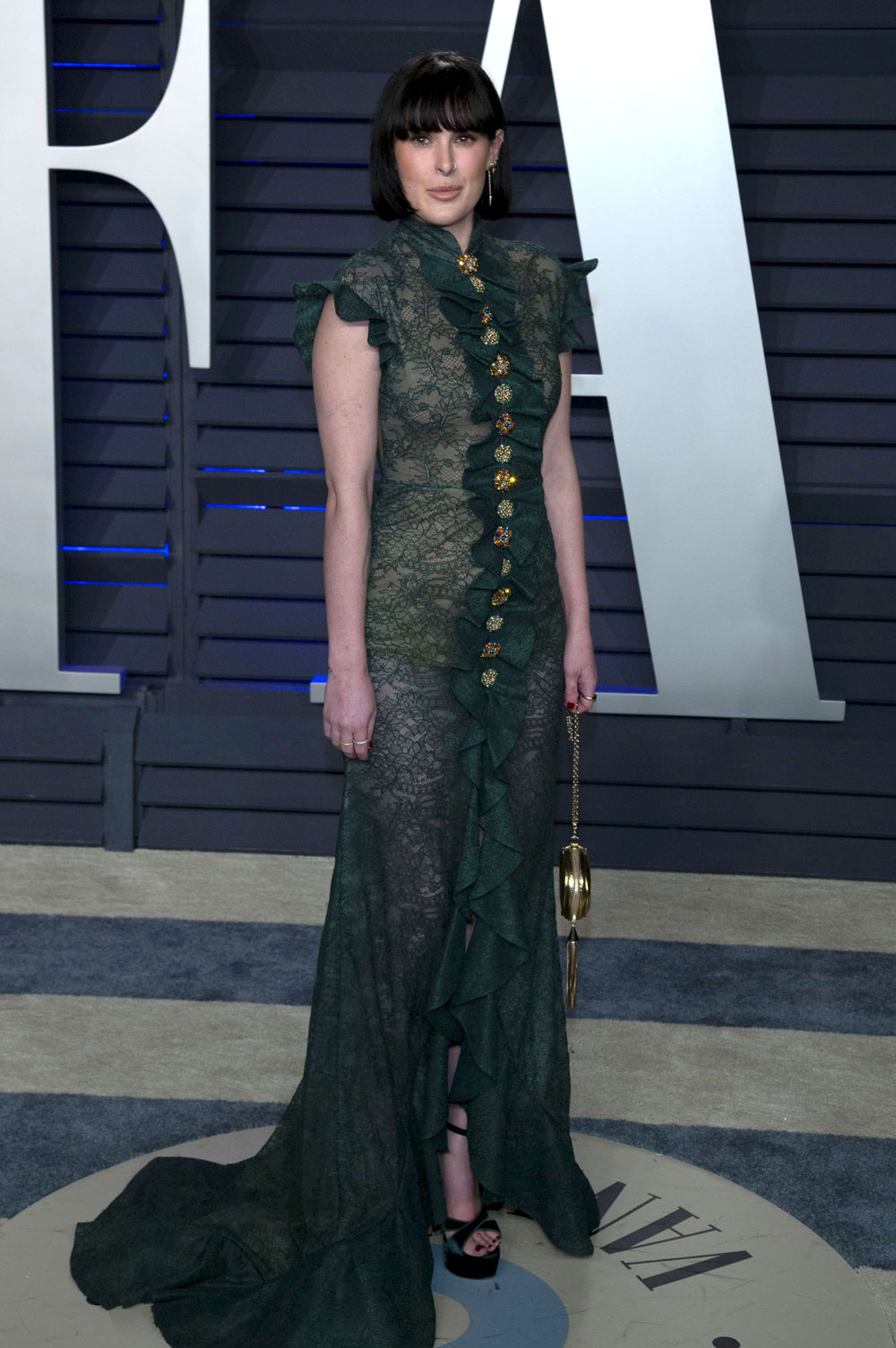 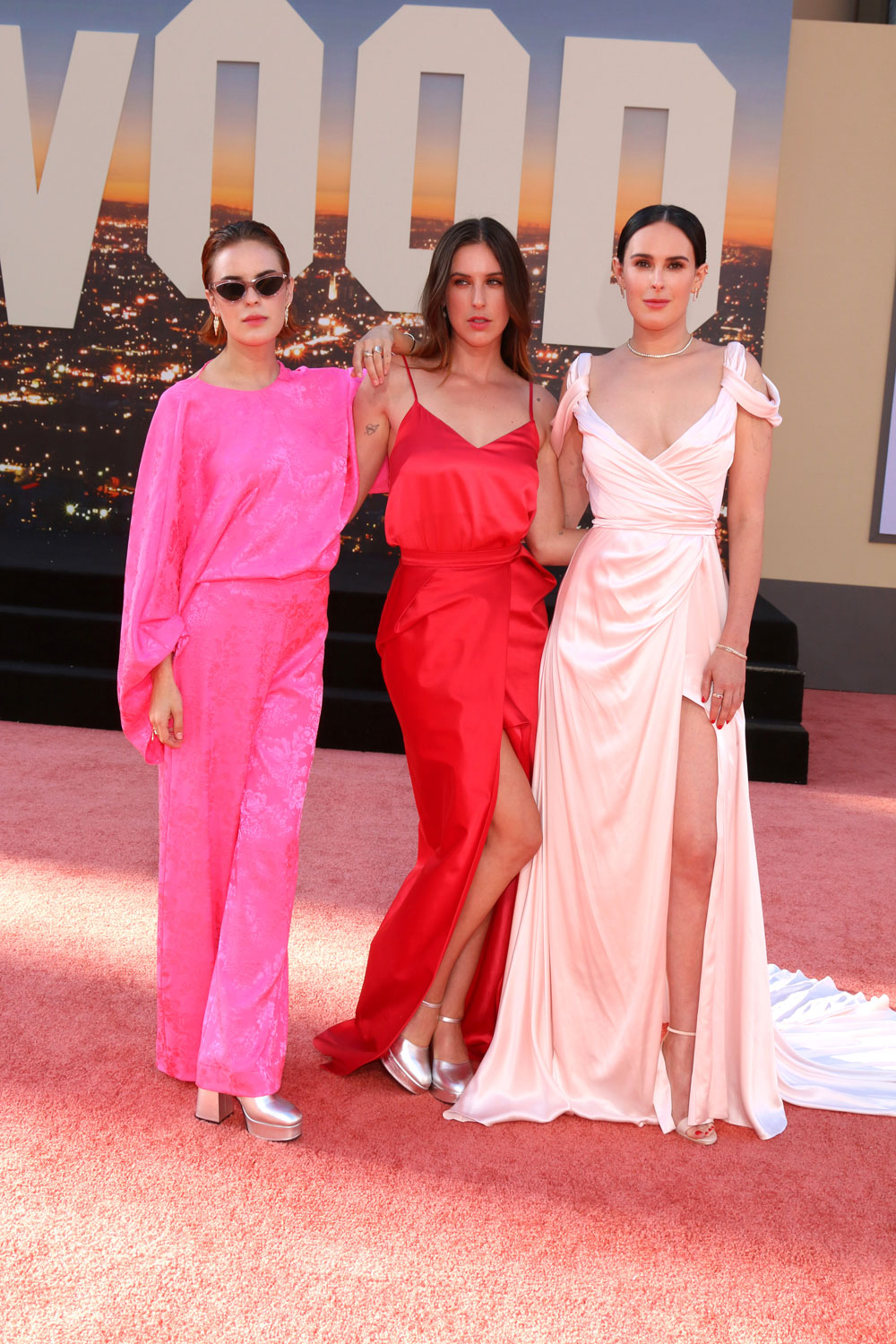 12 Responses to “Rumer Willis liked Tarantino’s no phones rule: ‘Our phones have invaded our lives’”