Katy Perry’s ‘Dark Horse’ was copyright infringement, according to an LA jury 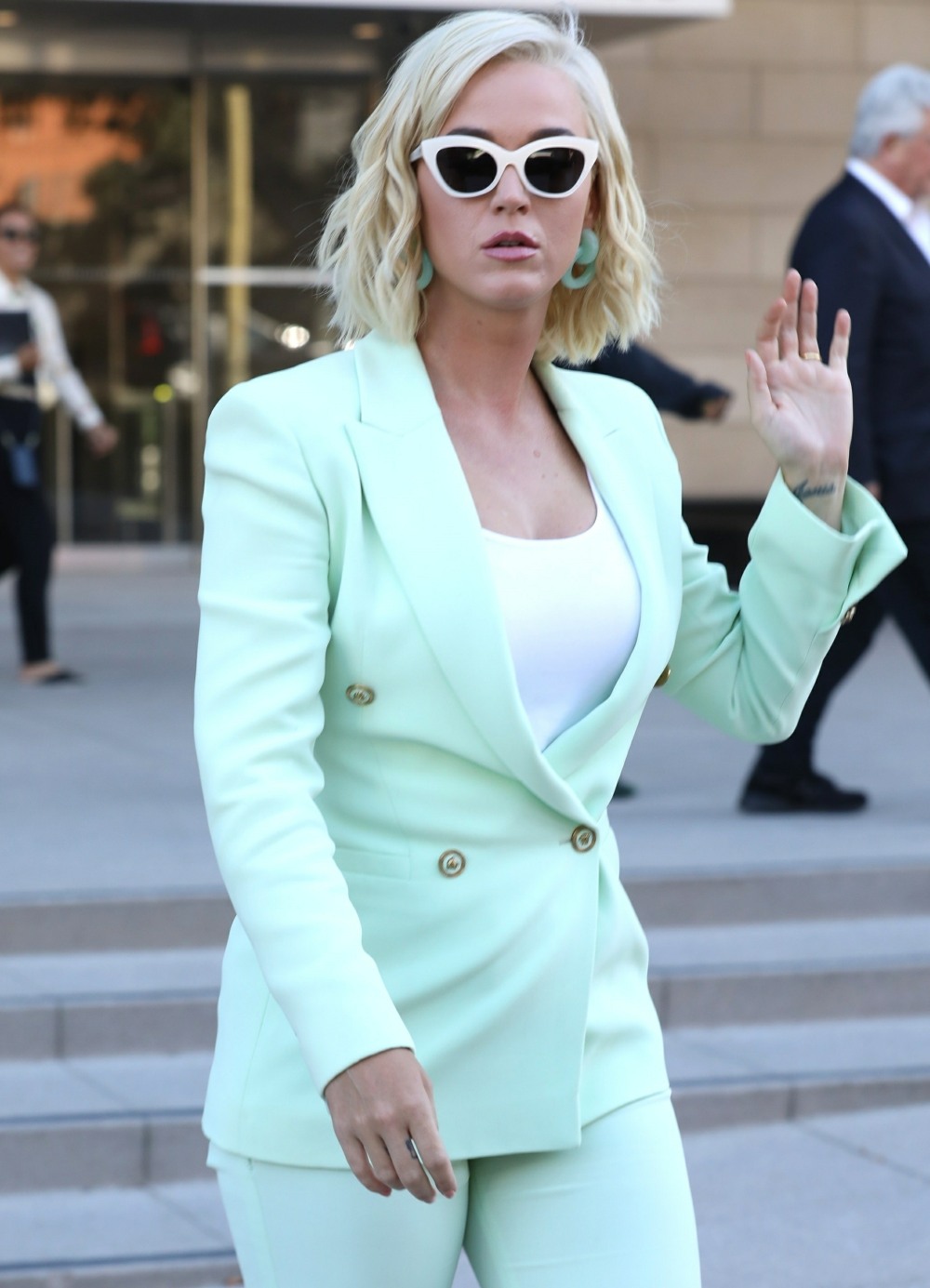 A few weeks ago, Katy Perry was in court in Los Angeles because she had to testify about an alleged copyright infringement. As it turns out, Katy was being sued by Christian rapper Marcus Gray (aka Flame), who claimed Katy copied parts of his song “Joyful Noise” with her Dr. Luke-produced song “Dark Horse.” I remember when “Dark Horse” came out and it sounded different than most of Katy’s songs at the time, but it never occurred to me that she had lifted the beat from Flame. Well, the trial lasted a week and… Katy Perry is guilty of copyright infringement, according to a jury.

After a weeklong trial, a California jury has concluded that Katy Perry’s “Dark Horse” is a copyright infringement. The lawsuit was brought by Christian rapper Marcus Gray, professionally known as Flame, who asserted that Perry’s 2013 hit tread on his own work titled “Joyful Noise.” In particular, the plaintiff alleged that the Dr. Luke-produced song took his underlying beat.

At trial, both Perry and Luke insisted they had never heard of “Joyful Noise,” while Gray pointed to his song’s success in a niche market. He offered the theory that the defendants may have heard it at the Grammy Awards or seen it on YouTube or MySpace, where the song was played millions of times. The defendants also attempted to knock the plaintiff’s ownership of infringing material by pointing to how the beat was allegedly preexisting material. Finally, Perry and Luke called experts to the witness stand in an effort to show a lack of any substantial similarity of protected expression. The trial had colorful moments, from Perry offering to perform her hit live amid difficulties with the courtroom sound system, to a shooting that took place just outside the courthouse on the day Dr. Luke testified.

Most copyright cases either settle or are dismissed before ever getting to trial, but “Dark Horse” joined “Blurred Lines” and “Stairway to Heaven” as songcraft that’s been put to a jury this decade. Jurors began deliberating after closing arguments Thursday, and returned their decision Monday afternoon. The verdict means the case will proceed to a damages phase, which will begin Tuesday. Still pending is a motion from Perry’s lawyers on Thursday asking U.S. District Judge Christina Snyder to rule that no reasonable jury could find copyright infringement based on the evidence presented at trial.

I’m including the separate songs below, plus a YouTube-user-made video comparing the songs side-by-side. To me, it feels like the “Blurred Lines” infringement was a lot clearer. I also remember another case where Tom Petty’s people (when Petty was still alive) went to Sam Smith privately and told Smith that they thought “Stay With Me” sounded a lot like “Won’t Back Down.” Smith and Petty worked out everything out of court, and Petty even has songwriting credit for “Stay With Me” now. My point is that I wonder if Flame went to Katy’s people and tried to work this stuff out privately, or whether he filed the lawsuit first. 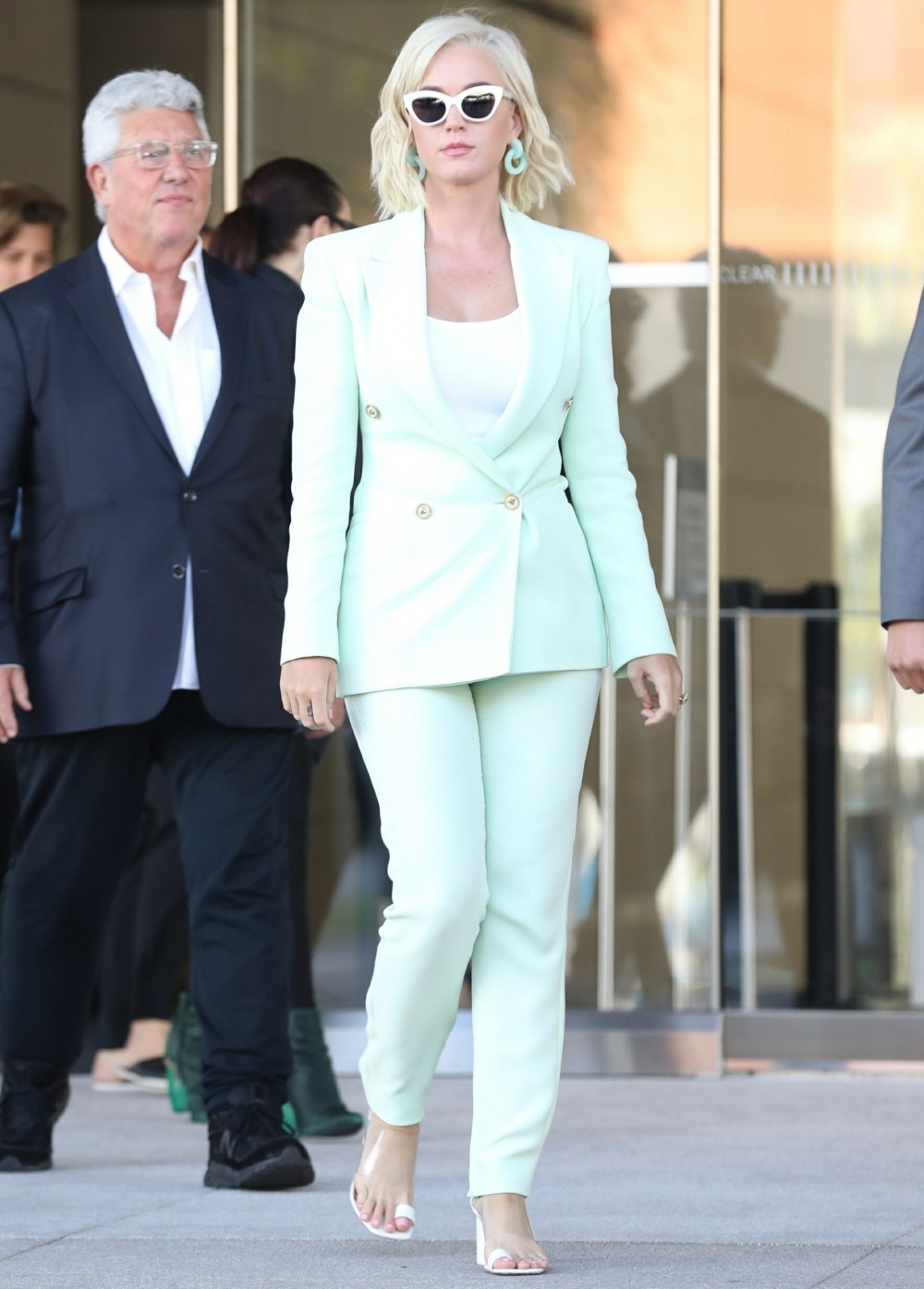 39 Responses to “Katy Perry’s ‘Dark Horse’ was copyright infringement, according to an LA jury”