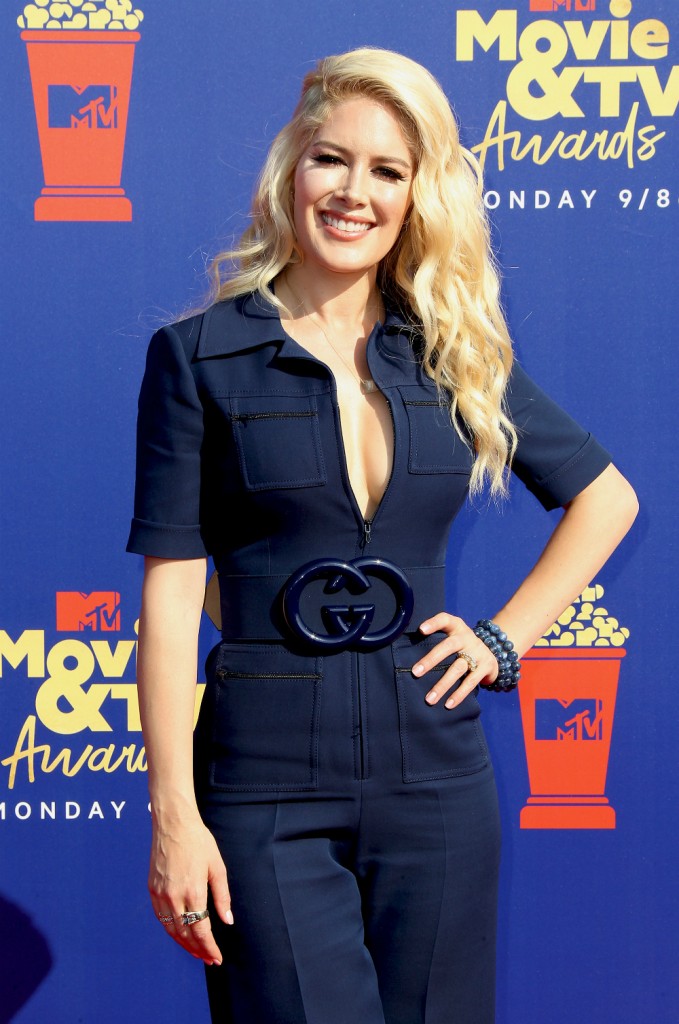 Heidi Montag is set to launch herself as a Christian singer. Heidi had a singing career about 10 years ago that resulted in a few singles and an album, aptly titled Superficial. But that was the old, sequined bikini Heidi. Ever since she and husband Spencer were baptized by Stephen Baldwin in the River of Reality Show Redemption, they’ve been leaning into their new Christian veneer. So that’s what her new music will be – positive-vibey, Christian, pop, techno fun. And apparently, we have her son, Gunner, to blame for it because it was leaving him at home that reminded her of her thirst for attention. Thanks, Gunner.

After last releasing her last EP in 2012, Heidi has now said she wants to create new music with a more ‘Christian vibe’ she said during Monday’s episode of The Hills: New Beginnings.

Speaking to Justin ‘Bobby’ Brescia on Monday’s episode, she said: ‘Before, I did pop music and that was really fun. … I feel like now, where I’m at, is more of a heartfelt, Christian vibe.

‘[It’s] pop music, but there’s a Christian message. It’s just one song, but I want to do something good and send out a positive message to the world.’
And in a confessional, she then added: ‘I really want to put out a great, faith-based, positive song.’

Heidi’s renewed passion for music comes after her husband Spencer Pratt recently admitted Heidi found it impossible to do anything without their son Gunner, now 21 months, for the first year of his life.

Spencer, 35, said: ‘When we started filming [‘The Hills: New Beginnings’], Heidi was a very, very intense-attachment parent. I’m sure some would say extreme, but to me it was just being a super mom.

Filming on the ‘Hills’ reboot allowed Heidi to begin to separate herself from her tot, so she now feels ready to try her hand at music again.

I have little to say about Heidi’s singing. I didn’t download her earlier work and I doubt this promised offering will be in my rotation either. I’m encouraged to note that is just talk at this stage. It sounds like yet another Montag-Pratt whim and not anything we actually have to worry about for a while. If anything comes of this, I suspect her videos will have a different vibe as well, unless Christian pole dancing is a thing, which it totally should be, by the way. And I’m sure her music will be played non-stop on their podcast.

As for Heidi finally separating herself from Gunner, I’m actually glad she broke that chain. If she truly was not without her child on her hip for 21 months, that would be incredibly isolating. I don’t know if she never left him because she couldn’t bear to be without him, thought (or was told) she was a bad mom if she went out for a bit or was scared to leave him alone but it doesn’t really matter. Eventually something would’ve separated them –school, another baby, Spencer ran out of hair gel and won’t come out from under the couch – so it’s good she’s doing it now. However, this news is such a Speidi transformation: “I cannot leave my baby for one second or I will just die!” (spends five minute with the spotlight pointed on her) “OMG I’m seen! I must relaunch my *solo* music career! But Christian this time. Positive, feel-good, message stuff, because – Christian!” And if the Christian thing doesn’t work out, Heidi can always go into death metal since, according to Stephanie Pratt, Heidi is the Devil. 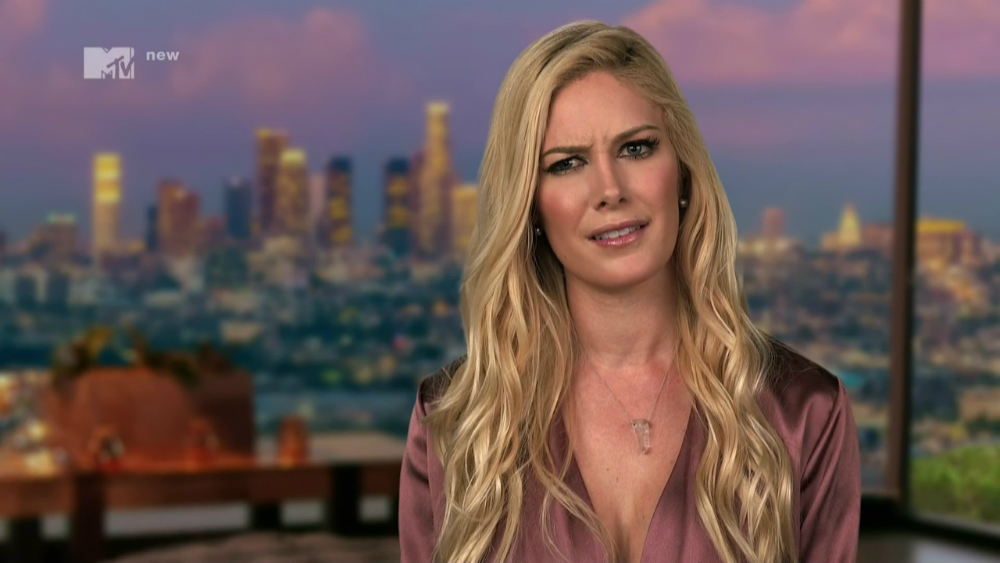 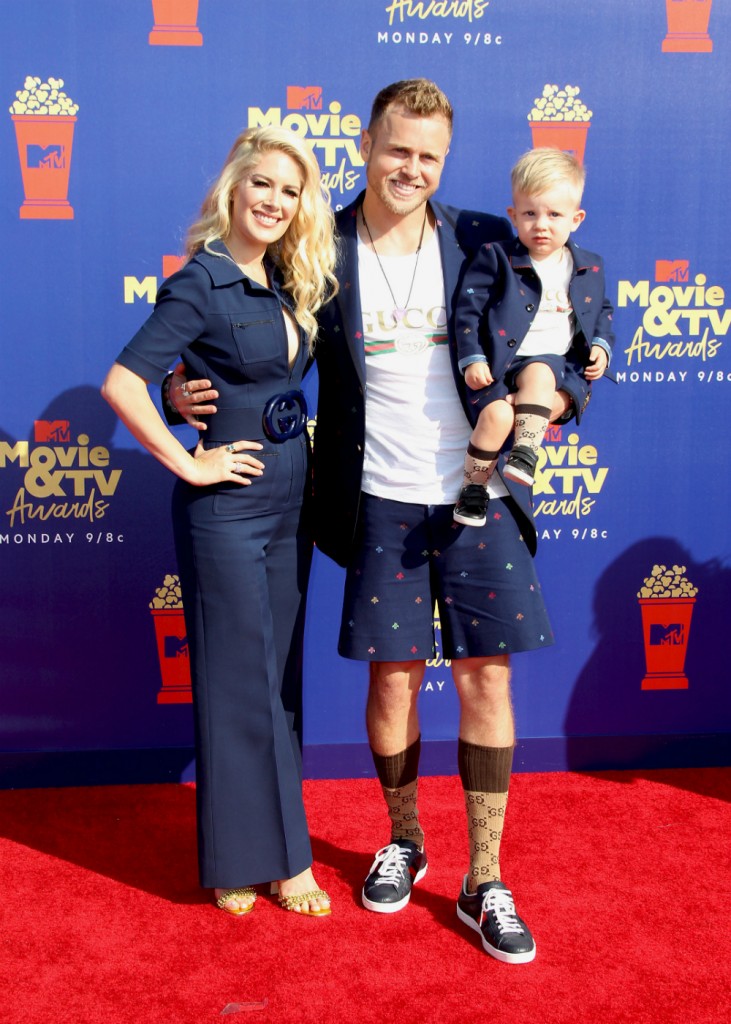 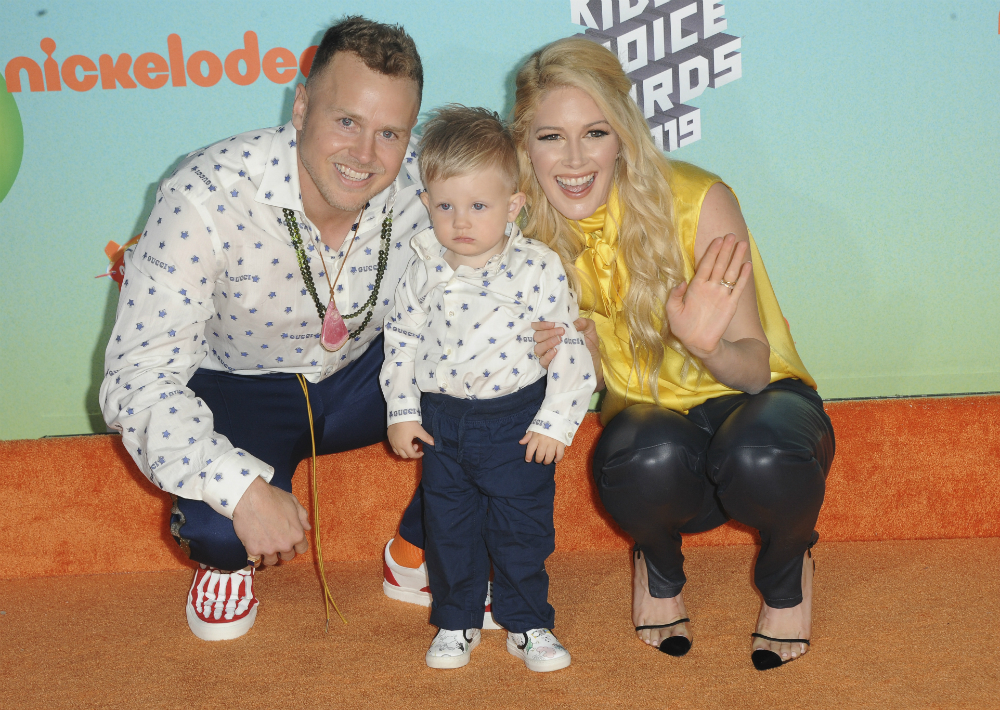