Sophie Turner and Joe Jonas got tattoos for their late dog 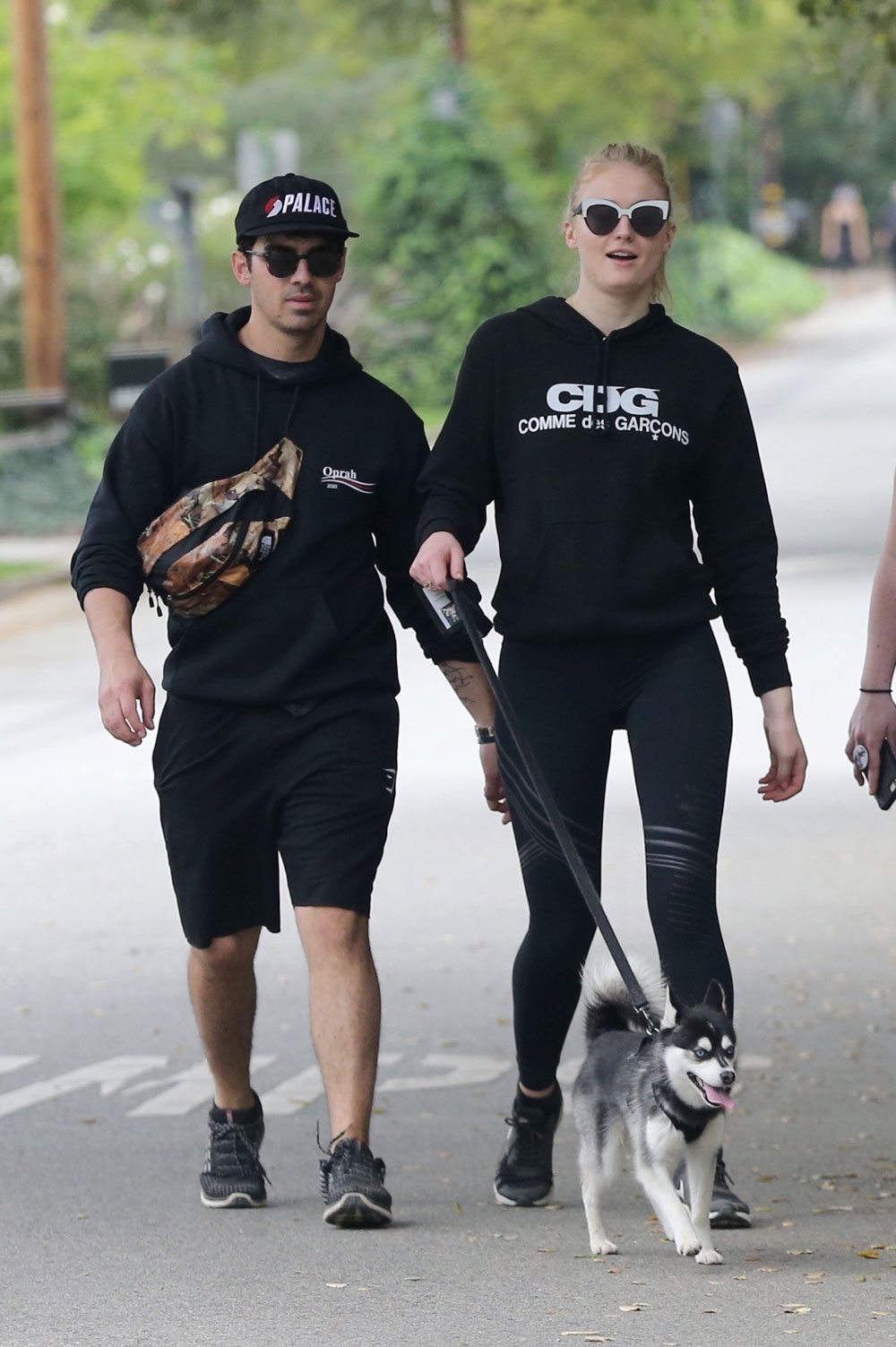 We recently talked about Ashley Tisdale and her husband, Chris, losing their beloved dog, Maui. Unfortunately, Sophie Turner and Joe Jonas lost one of their two dogs, Waldo Picasso, after he was hit by a car last week. Like Ashley and Chris, they also got tattoos to honor Waldo’s memory:

The Jonas Brother singer and the Game of Thrones star, whose Alaskan Klee Kai dog was reportedly struck and killed by a car in New York City last week, took to social media on Monday to pay tribute to their “angel.” The newlyweds got matching tattoos of their beloved pup on their forearms.

“I miss you, Waldo,” Turner wrote on her Instagram Story along with a photo of the new tribute ink. “Rest in peace my little baby.”

Jonas also posted a photo of his tattoo on social media, writing, “R.I.P. my little angel.”

E! shared information from the police about the incident:

Of the incident, an NYPD spokesperson told E! News that a woman filed a police report on Friday, July 26, saying that on Wednesday around 11:30 p.m., a vehicle did not stop and struck a dog on the street before leaving the scene. The woman said the dog was brought to a hospital, where the pup passed away. At the time, the spokesperson said the NYPD could not confirm the name of the woman or the owners of the dog.

I heard about this on the radio Monday morning; E! mentions the same details from TMZ: A dog walker had Waldo out on a leash. Waldo was startled by a pedestrian, got away from the dog walker, ran out into the street, and was struck by a car. I don’t know what else to say beyond how horrific and devastating this story is. I’m so sad for Sophie and Joe, and also for the dog walker, who is probably shattered. I am always happy to keep an eye on people’s pets, but I’d never volunteer to take them for a walk because of this exact possibility.

The tattoos are beautiful, and I hope that they bring Joe and Sophie some small measure of comfort. People has a picture of them walking together as Sophie carries their other dog, Porky Basquiat. They are probably terrified to let Porky walk near any street, and I don’t blame them. The couple should be celebrating being newlyweds and getting ready for the Jonas Brothers’ Happiness Begins tour, which starts next week. They shouldn’t be needing to grieve the loss of one of their pups. 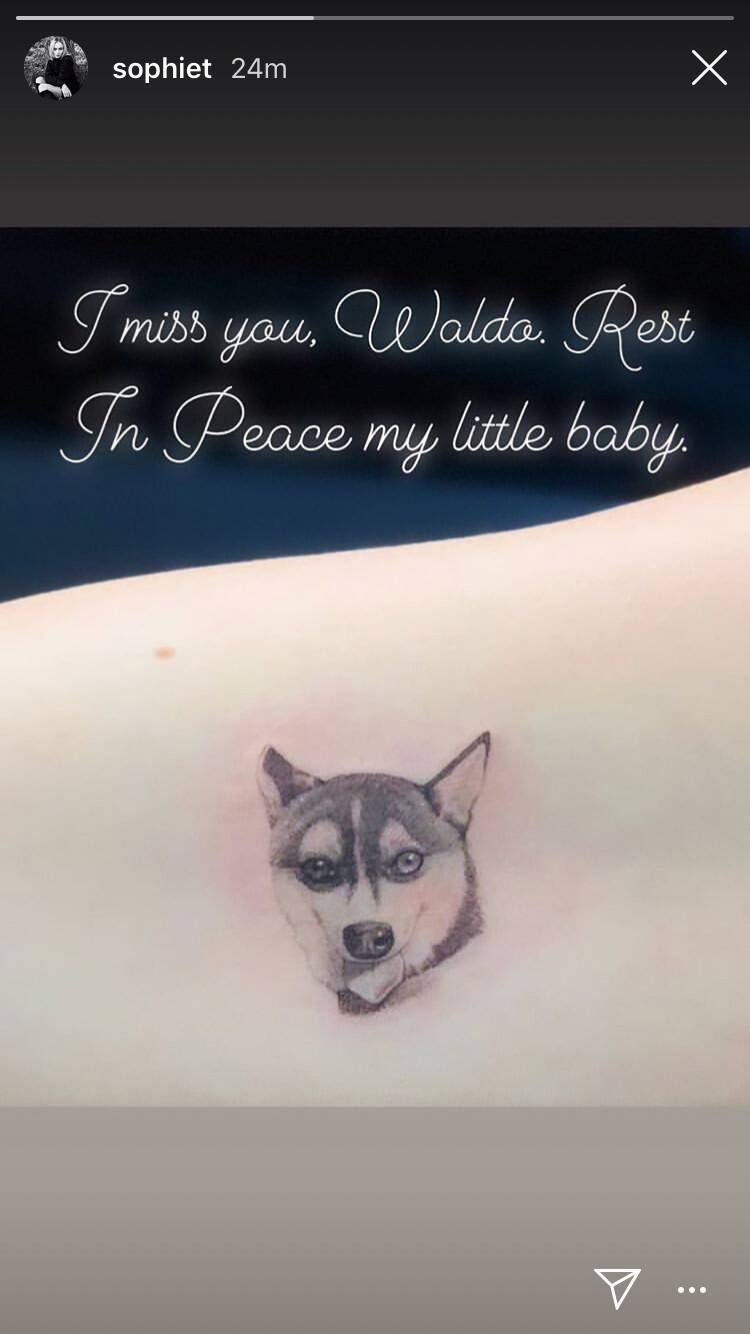 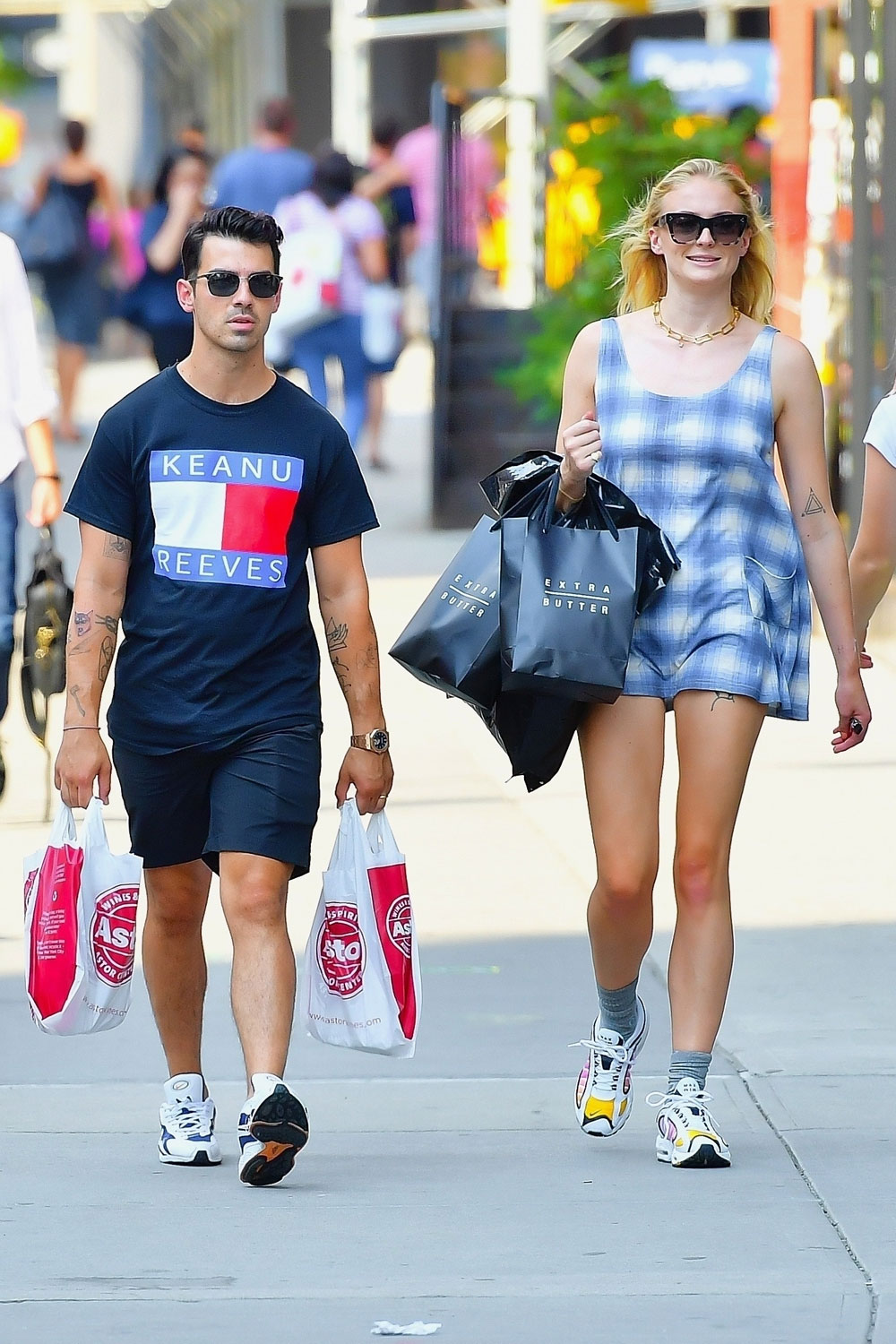 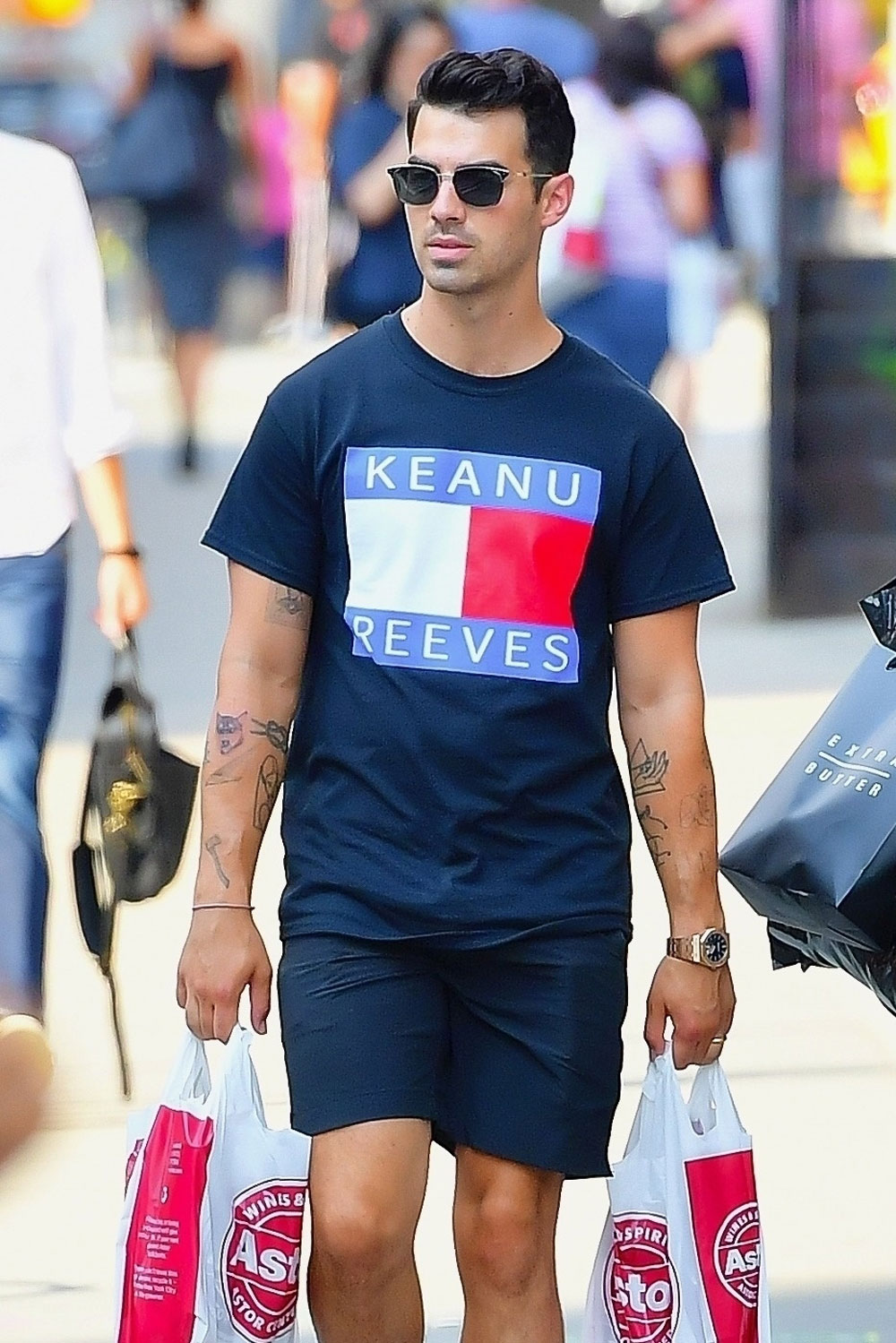 Sophie last month in Paris with one of their dogs: 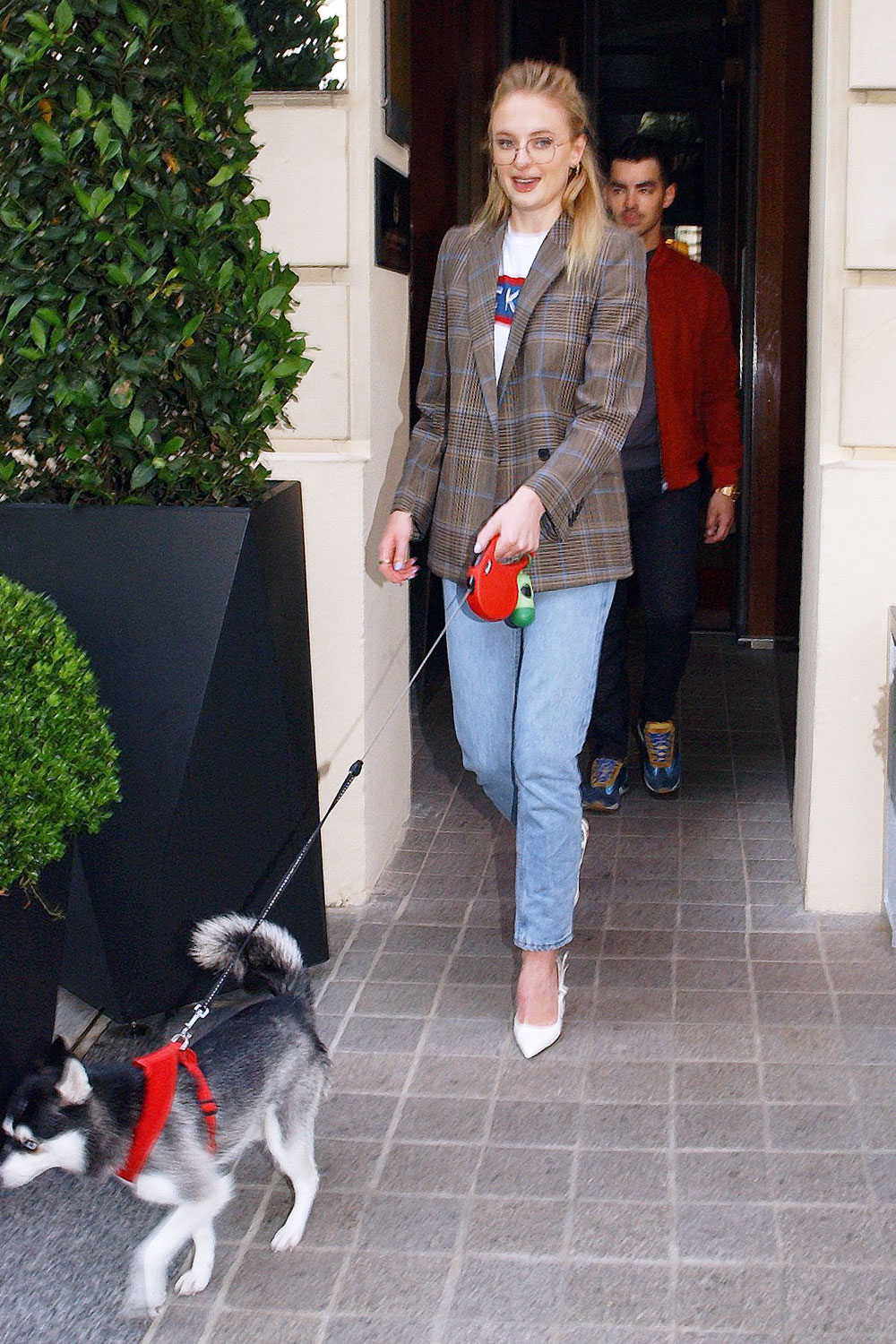