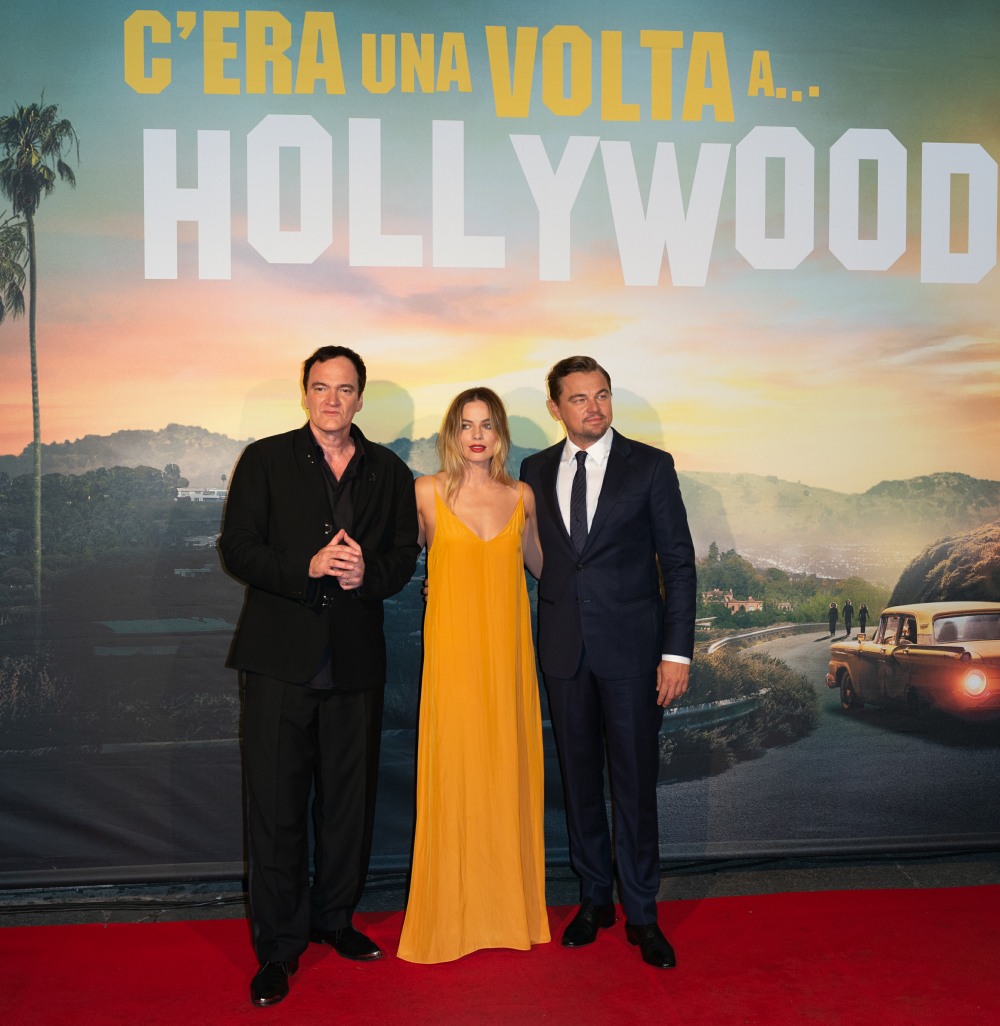 In a recent post about Margot Robbie’s OUATIH promotional fashion, I complained about her color scheme, and how I’m not into the yellows and rusty bronze shades. Someone commented with the theory that Margot is trying to coordinate with the OUATIH poster and she’s trying to look like a “sunset,” and that sort of blew my mind. Now I sort of believe that too – she’s not doing a full Sharon Tate cosplay, only a couple of looks seemed sort of Sharon Tate-esque. But Margot is definitely choosing some of her looks to coordinate with the backdrop. It makes sense.

Anyway, here are some photos of Margot, Leo DiCaprio and Quentin Tarantino at the Rome premiere of Once Upon a Time in Hollywood. I guess Brad Pitt was only contractually obligated for the London and Berlin premieres, and he doesn’t have to do the full European tour. Margot wore this sunshine-yellow/saffron colored Dries Van Noten dress (watch by Richard Mille). I dislike yellow on the red carpet, but I don’t really hate this. I like that her look isn’t too “done” – hair a bit messy, dress that fits like a nightgown, a strong red lip but her makeup doesn’t look too “done.” It’s sort of great, honestly.

Meanwhile, did you know that I’ve never seen The Revenant OR Wolf of Wall Street? I just didn’t care. I think Leo is an okay actor, but I’ve never watched a movie just for Leo, and I won’t see OUATIH just for Leo either. But I do know that Leo has helped Margot Robbie out a lot, and that they’re good friends off-camera. I suspect that he treats Margot like one of his bros, and she probably loves that too. When they worked on Wolf of Wall Street, there were often reports about Margot joining the Wolf Pack for nights out, partying and drinking and gambling.

Apparently, Leo knew Margot was going to be a huge deal as soon as she auditioned with him. He told The Project that Margot’s addition scene was the one where she was supposed to kiss him but Margot decided to slap him: “In Wolf of Wall Street, seeing Margot come in and read that scene with me, I knew I was witnessing a dynamic presence in cinema that was about to begin. Scorsese and myself were blown away about how much she gave to the scene [and] fought back, and we both kind of immediately knew that she was going to have an incredible career.” It’s nice. But it makes me wonder if Leo did much to support Margot’s career after that? Probably not. 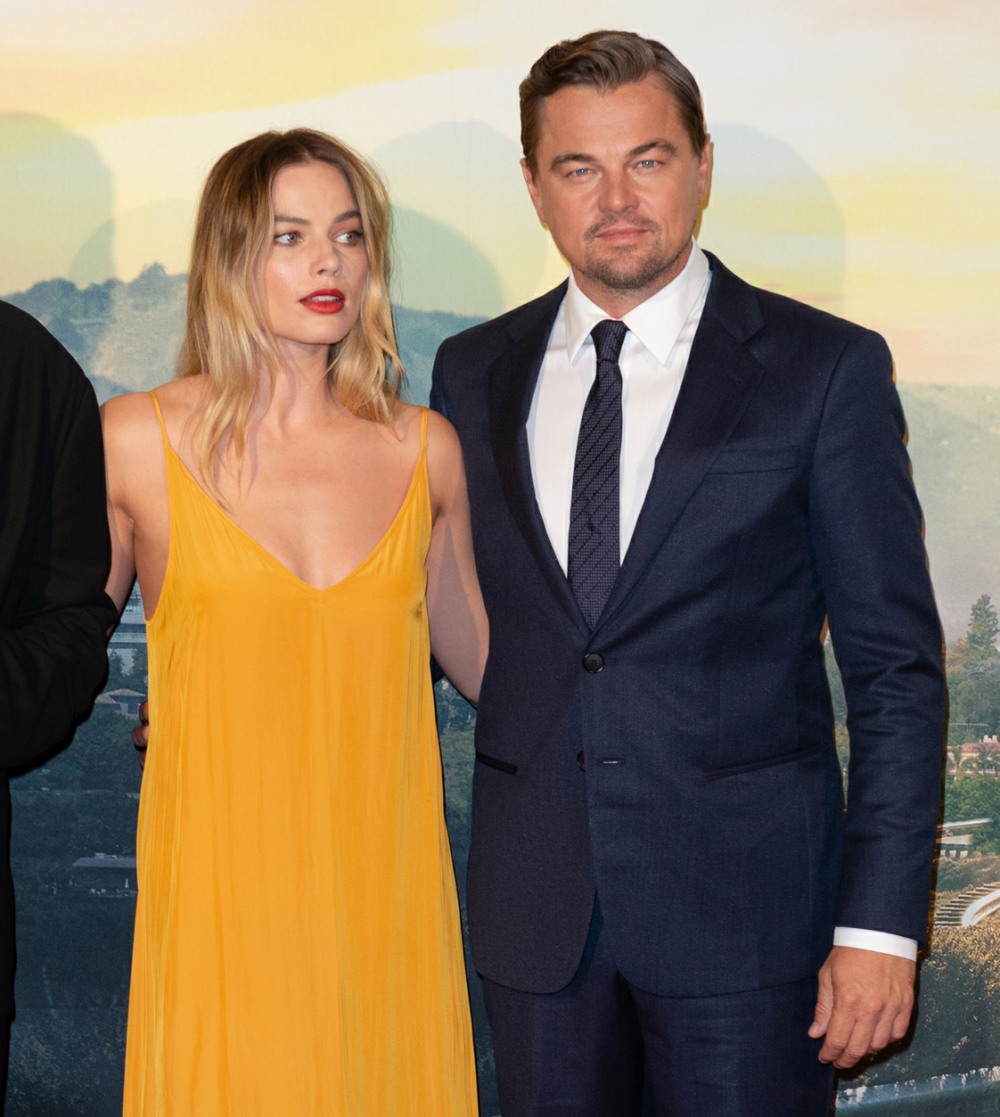 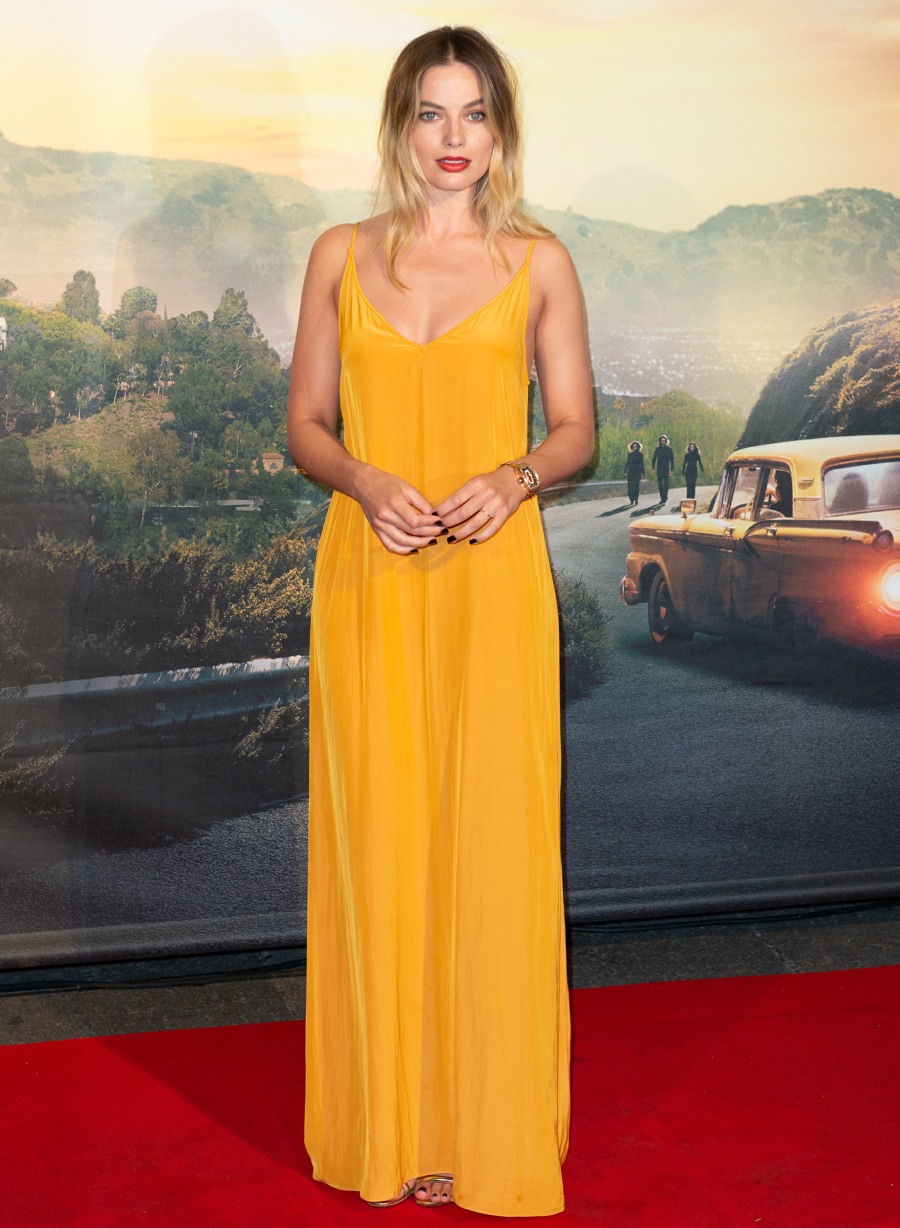 31 Responses to “Margot Robbie in Dries Van Noten at the Roman ‘OUATIH’ premiere: perfect or nah?”