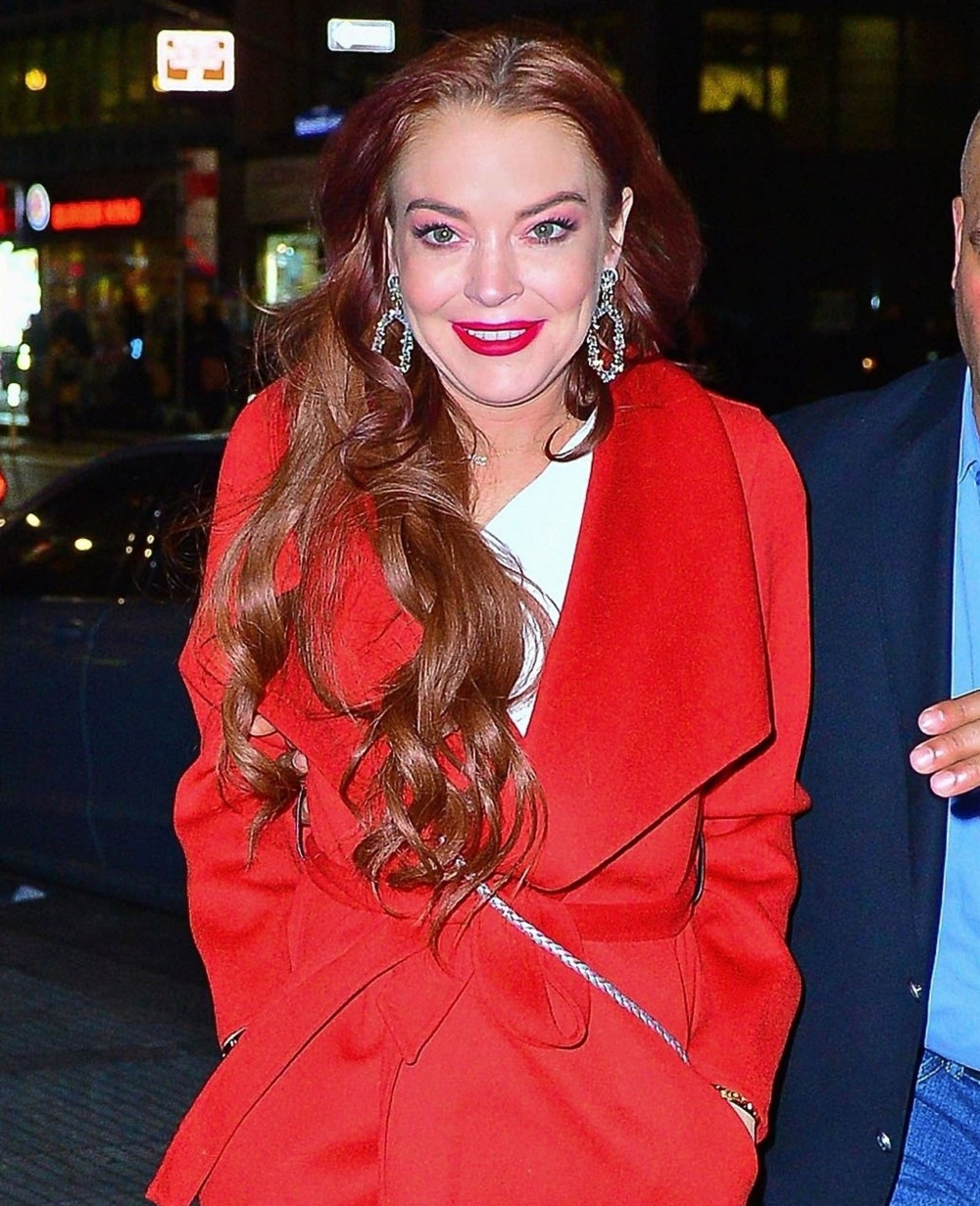 Mohammad bin Salman is the crown prince of the House of Saud, meaning one day, he’ll be king of Saudi Arabia. Most likely, although Saudi Arabia doesn’t actually follow the traditional “first-born son of the king” thing. The current king chooses his favorite (maybe a brother, maybe a son or nephew) and makes that guy the crown prince. Mohammad bin Salman’s position as crown prince is notable because of his age – he’s only 33 years old, but clearly, his family thinks he has a lot of potential. What else? MBS has a wife. MBS is also a killer, having ordered the assassination of Washington Post journalist Jamal Khashoggi. And now we have a new title for MBS: possible sugar daddy to Lindsay Lohan. This clearly came from Lindsay’s people and I can’t stop gasp-laughing.

What the heck is going on with Lindsay Lohan and Mohammad bin Salman? A wild rumor hit town that Lohan and the bloodthirsty crown prince of Saudi Arabia have gotten close, and that he’s been flying her around in his jets and showering her with presents — including a gift-wrapped credit card. And when we started asking around, a source in her inner circle acknowledged that they “know each other.”

Now a rep for Lohan tells us that the pair met just once — around a year ago at a Formula One Grand Prix race. The rep also denied that bin Salman — who has been accused of ordering the 2018 murder of journalist Jamal Khashoggi — gave Lohan a credit card. Either way, pals of Lohan — who even say they’ve seen text exchanges between the pair — are boasting about what they claim is a new friendship. The rep called those claims “lies.”

While the “Herbie: Fully Loaded” star and the vicious authoritarian would seem to make for an unlikely twosome, sources close to Lohan, who has been partly based in nearby Dubai for the past couple of years, told Page Six that it’s not unusual for the “Rumors” singer to be courted by Middle Eastern dignitaries. “They go crazy for her out there,” exclaimed one insider.

I mean… I’ve been trying to work out what to say about this without offending anyone and without taking it too seriously. I mean, it’s so f–king random, there has to be *some* explanation for it. My theory is that Lindsay really did meet a Saudi guy and he was trying to impress her and he was like “yes, I’m rich, I’m the crown prince of Saudi Arabia,” and she believed it even though he was just some guy. The only part of this that I really believe is that Lindsay is popular in the Middle East. I’m not saying she’s got a long list of dignitary boyfriends/johns, but I think she has enough interest from a handful of wealthy guys and… that’s how she supports herself.