Jennifer Aniston on the ’90s: ‘There was a sense of safety in the world’

Old-school Gawker used to run a series about Jennifer Aniston where no matter what happened or what the tabloid headlines were that week, “Jennifer Aniston is fine.” Not good, not great, not feeling awful or depressed, just “fine.” There was an edge to it which I always found really funny, and it became this terse, gritted teeth thing of “Jennifer. Is. Fine. Stop. Asking.” What’s weird is that post-Justin Theroux, she finally does seem… fine. Like she’s found some measure of peace and contentment, like she finally understands what makes her happy and she’s not competing with anyone else or any of that. I was reminded of all of that with Jennifer’s profile for InStyle’s 25th anniversary issue. Jennifer has been on the InStyle cover so many times, and she got really nostalgic about it, and about the ‘90s. She made me nostalgic about it too. Some highlights:

‘90s nostalgia: “When I think back on the ’90s, it makes me nostalgic — period. They were simpler times. This is going to sound odd, but there was a sense of safety in the world. We weren’t exposed to as much as we are now. And even if there was just as much sh-t going on, we didn’t necessarily have it in our faces 24/7. It was lighter. There was a lot more human connection. Back then, Fred Segal on Melrose was still alive and kicking, you know?

On being called sexy: “In 1999, oh, wow, I think I posed on the cover with just a sheet. It feels ironic to be anointed as “sexy.” I always thought Lauren Hutton was sexy. Bombshell wasn’t really my thing. I thought natural, cute, and funny was sexy, you know? At the time I think we were broadening our ideas of what sexy actually meant, so to be put in that category, I was like, “Oh, this is nice.” But, no, I didn’t have a “sexy” banner around my waist or start going to “sexy” school or anything like that. Some days you’re hot, and some days you’re not.

The passage of time: “It’s funny because when you’re in your 20s, you’re on the road to this unnamed destination that you think you’re going to, but I don’t know if you ever actually reach it. Time just continues on like a speeding bullet. When you get older, though, there’s a little bit more of enjoying the here and now. I’d like to slow everything down. Smelling the roses is an understatement— I want to watch them grow. And, yes, I actually have roses and went outside to smell them this morning.

Where she is now: “I’m at a place now where I actually feel like I’ve grown up and entered into who I am creatively. It’s taken me this long to know what I’m capable of. I didn’t always know. I think I used to put a lot of that in the hands of other people. Now I’m taking ownership of it. And you know what? It feels really good.

When I think back to the ‘90s, it did seem simpler in retrospect, but I feel that way about the Obama era too. I mean, Donald Trump’s presidency makes everything in the past seem simpler, happier, less worrisome or frenzied. But the ‘90s were full of terrible bulls–t too, which Jen acknowledges – the Clinton impeachment psychodrama, Columbine, terrorist attacks abroad and at home, and on and on. But she’s right, it didn’t feel like it was happening 24-7. Like, we weren’t sitting around all day, every day in a blind panic about how every single thing was going to hell. We truly had so much fun in the ‘90s. Also: “Bombshell wasn’t really my thing,” yes we know and that felt slightly pointed at *someone* but I won’t bite. 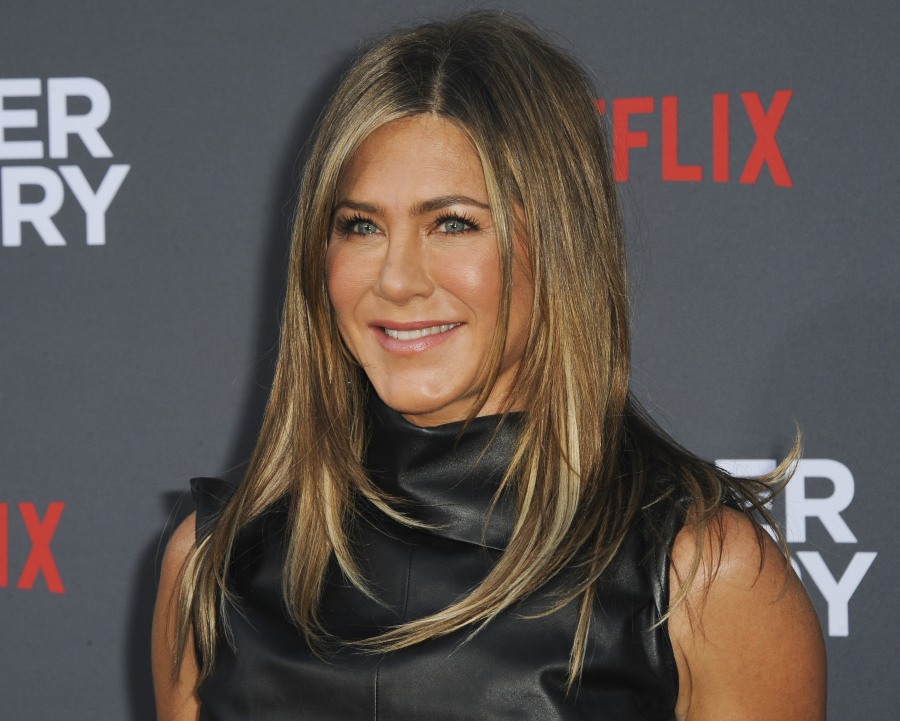 117 Responses to “Jennifer Aniston on the ’90s: ‘There was a sense of safety in the world’”