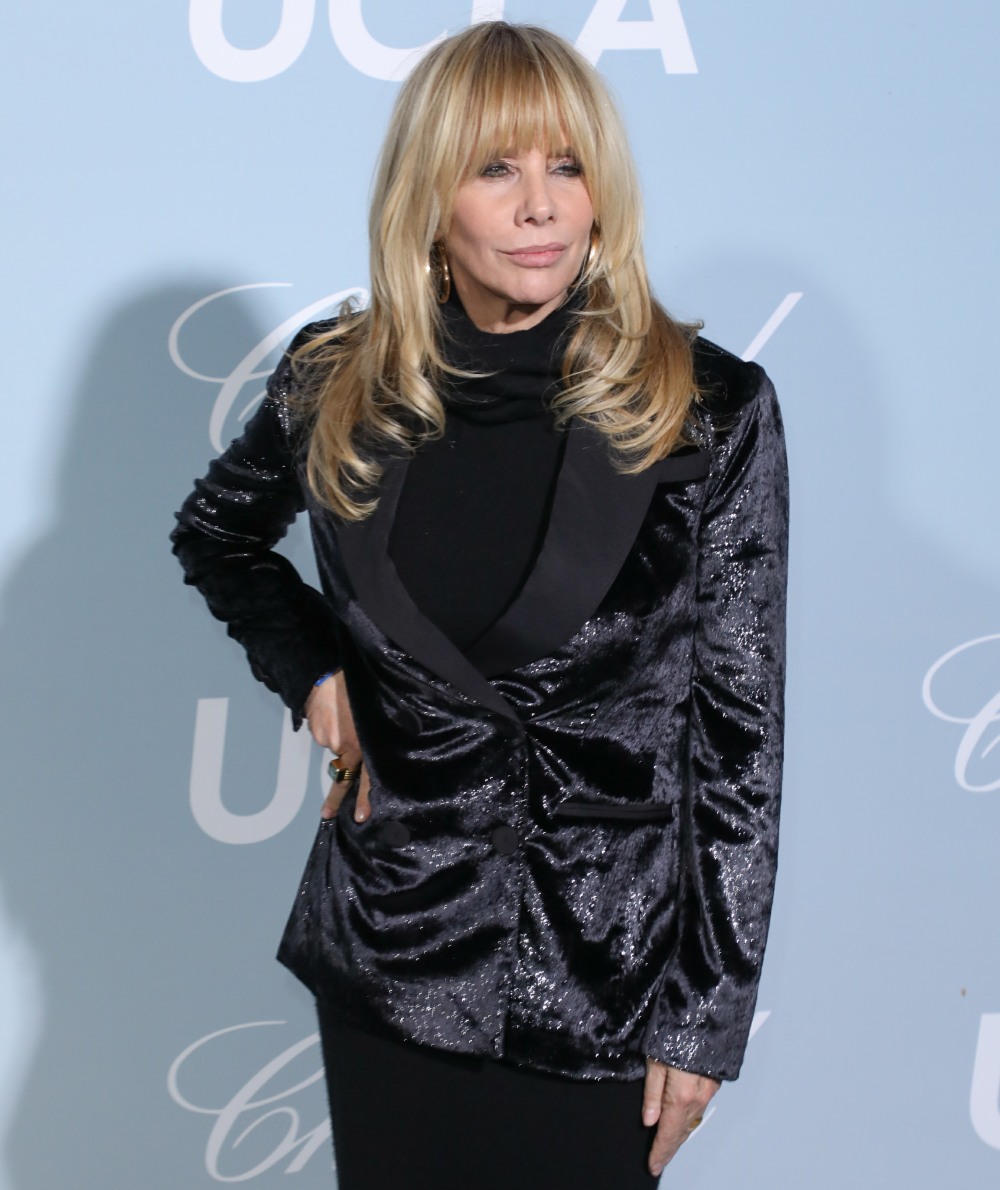 As we discussed yesterday, Rosanna Arquette got some criticism for tweeting this: “I’m sorry I was born white and privileged. It disgusts me. And I feel so much shame.” Her Twitter account was public at the time, and she got a lot of comments from Trump supporters about how terrible she is for, like, her white guilt. I thought Rosanna’s tweet was unhelpful too, but whatever, I didn’t think people needed to full-on attack her for talking about her privilege. The comments got so bad that she made her Twitter account private. Now she’s spoken to The Wrap about everything that went down, post-tweet, and… I don’t know.

Actress Rosanna Arquette said Thursday the FBI advised her to make her Twitter account private after online critics lambasted her on Wednesday for tweeting that she was ashamed of being “white and privileged.” Arquette, in an exclusive response to TheWrap, expanded on her comments and explained why she is now hiding tweets from anyone that is not among her 90,000 followers. “Yes I’m locked to protect myself I was told by FBI to lock it up,” she said, declining to respond to requests for more detail on the FBI’s role in her decision.

In her statement to TheWrap, Arquette detailed the “threatening and cruel” online response to her Wednesday tweet. “There are toxic and very vicious people on social media. Threatening and cruel,” Arquette said. “I said yesterday the I am ashamed of the color of my skin. I am privileged just because I’m white. I feel shame. Because of all the violence that is happening in America and other racist countries. I was not raised to be racist. In fact my mother took me to Harlem to integrate and all black nursery school when I was 4. I feel truly desolate at the bigotry. and severe racism that we are witnessing in 2019.”

Rosanna Arquette, who was one of the first prominent individuals to publicly accuse Harvey Weinstein of sexual misconduct, pointed to the disgraced mogul and a sinister “Boy’s Club” that she said she needed to be protected from. The FBI, Arquette said, compelled her to take her account private.

“On top of being one of the women who came out about [Harvey] Weinstein. The Boy’s Club is bigger than it ever [has been], so the attacks are really actually dangerous right now. But that’s what they want to put me in a state of fear. And I say no. I will not be afraid so I will protect myself and I do have people around me who are ready to protect me if someone goes after me. Don’t f— with me is where I’m at.” In her statement, she also referenced disgraced financier Jeffrey Epstein, who is awaiting trial on sex trafficking charges (he has pleaded not guilty). “We are witnessing the light being shed in the darkest parts of a hidden sick society [–] the selling of children for sex. Epstein is just the beginning. These sick f—- are going down.”

On one side, I feel like the FBI would probably not get involved with Rosanna Arquette’s Twitter account. On the other side, people are absolutely batsh-t these days and it’s more than possible that Rosanna’s tweet brought a lot of nuts out of the woodwork. The FBI and other federal agencies are taking a lot of well-deserved heat for their historic lack of interest in white supremacist terrorists and terrorism committed by white folks and/or Trump supporters. It’s absolutely possible that a prominent actress tweeting about white guilt/white shame “triggered” the wrong people.

Also: “In fact my mother took me to Harlem to integrate and all black nursery school when I was 4.” Like, the problem was never that historically black spaces needed some white faces. Those historically black spaces were created because white folks wouldn’t allow black folks to come into their “white spaces.” “Integration” is not “send one white child to Harlem.” *headdesk* 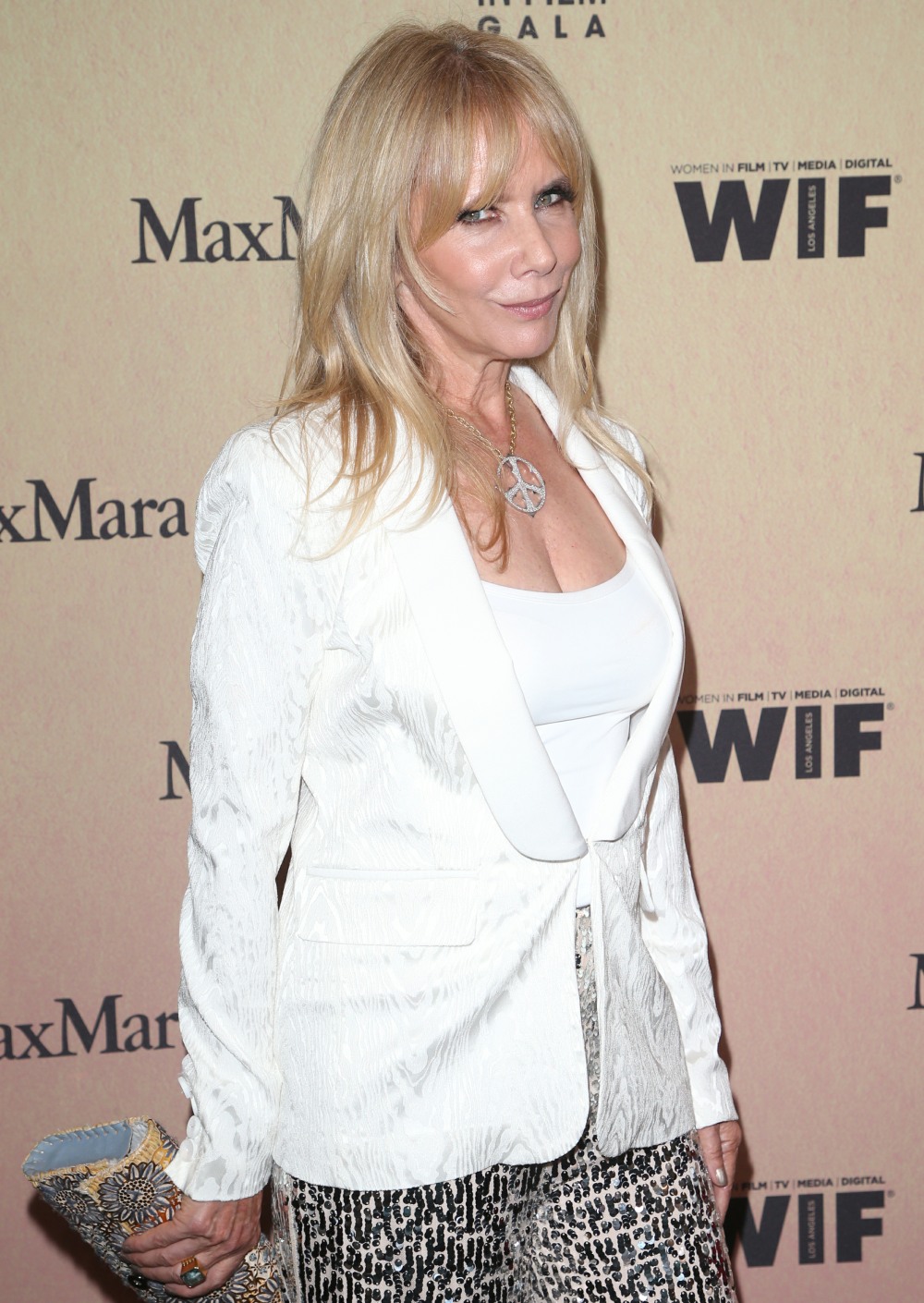