Shannen Doherty on cancer: ‘Your body never fully bounces back, I’m critical of myself’ 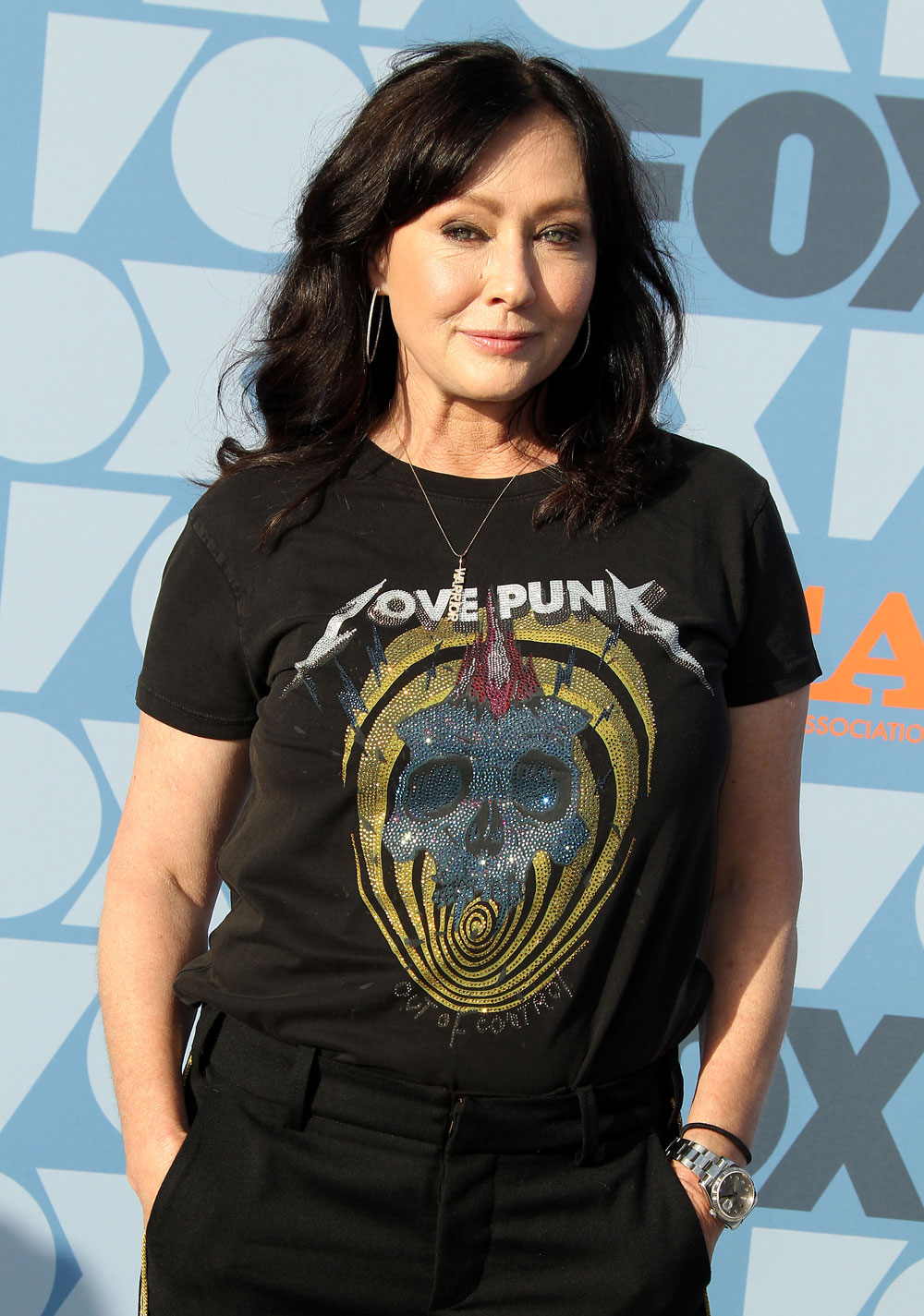 I saw the Beverly Hills, 90210 reboot, and I didn’t love it or hate it. It was a fun distraction for an hour. It was late summer mind candy with a heavy dose of nostalgia, for which I am a complete sucker. Without revealing anything, Shannen Doherty’s character was an amusing commentary about her rumored contentious relationships with castmates.

Shannen sat down for an interview with People to chat about her recovery journey after being diagnosed with breast cancer four years ago:

Following a painful and terrifying battle with breast cancer, Shannen Doherty is now in remission. But the actress, who currently stars on BH90210, the buzzy reboot of Beverly Hills, 90210, says her recovery is a daily process.

“I don’t think you’re ever on the other side [of cancer],” Doherty, 47, tells PEOPLE. “I don’t think about the fact that I’m in remission. I look at it like I’m lucky to be alive every minute, every second of the day.”

“I really took good care of myself, and I came out of it in as good of condition I think somebody [in my situation] could be in,” says Doherty. “But the funny thing with cancer is that once you’re no longer on chemo or radiation, people think you’re fine, that you bounce back. But what they don’t realize is that your body has been through something so incredibly difficult that your body never fully bounces back.”

Shannen said that the long hours spent filming are grueling and that they’ve left her exhausted and have taken a toll on her. She also talked about the process of learning to accept her body:

“I’m trying to figure out how to accept who I am now,” says Doherty. “I’m never going to be the size I used to be. Some of my meds that I’m on keep zapping the collagen out of me, so I’m never going to have a wrinkle-free face. I’m critical of myself. But there are some things you can’t fight.”

Shannen also said she’s “really terrible with self-care,” and that she has a “tunnel vision mentality” at work. I can definitely identify with that. When I was writing my dissertation, I forgot about just about everything else and was awful about taking care of myself; I am still paying for that in various ways. For one thing, my sleeping pattern is still wonky: I went from being a night owl to a late-late-late night owl, and it’s been really difficult to try to switch back to something resembling a typical sleep/wake schedule.

I feel for Shannen; I can’t imagine how stressful it is to be both recovering from cancer and doing it in image-obsessed Hollywood. It sounds like she’s figured out, logically, that what she looks like doesn’t determine her worth or value as a person. Focusing on her recovery one day at a time is what matters. But it also sounds like she’s still working on internalizing that and believing it. I hope that she eventually reaches the place where she fully accepts herself for who she is now.

Note by Celebitchy: I understand where Shannen is coming from and I feel for her. She looks incredible to me. 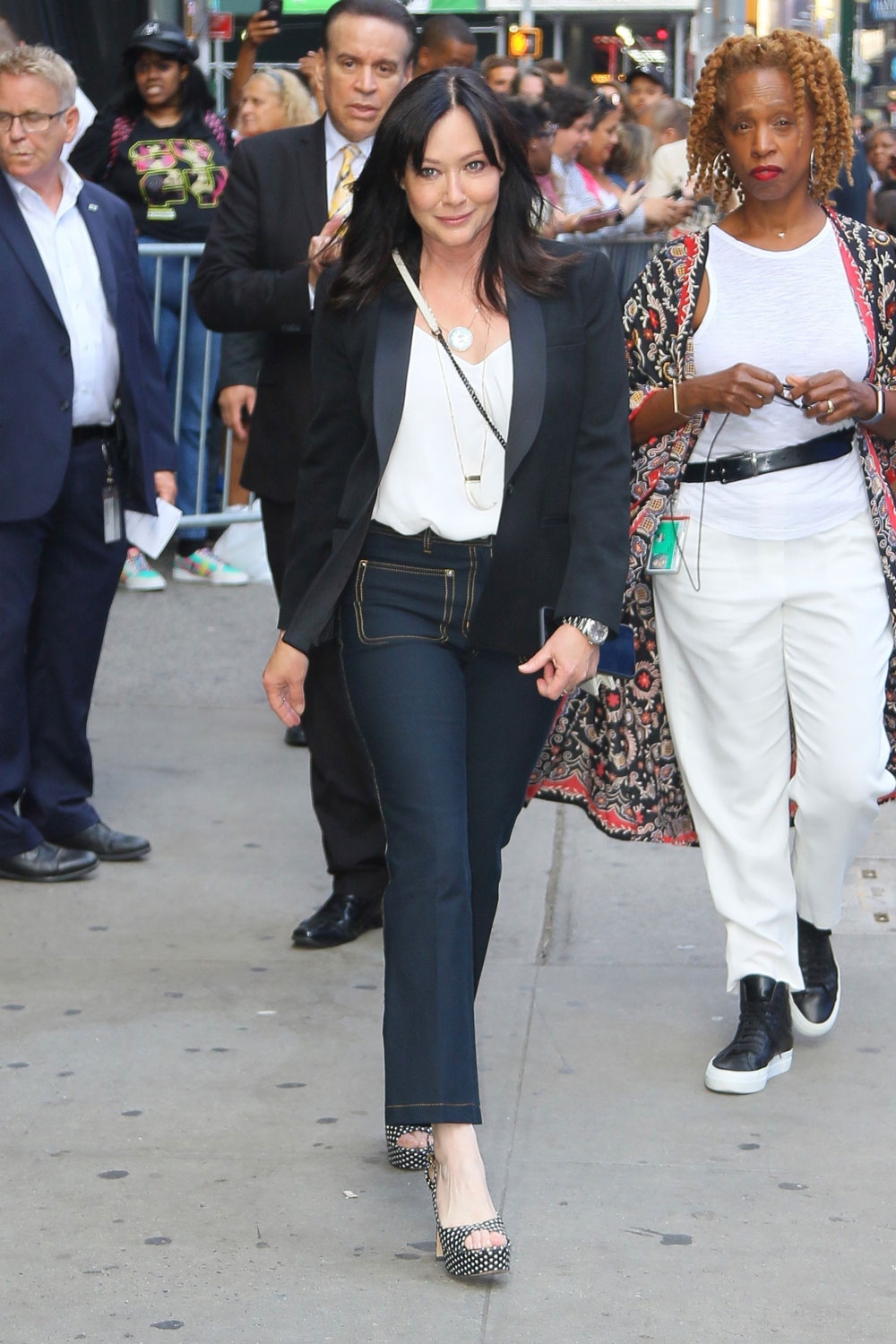 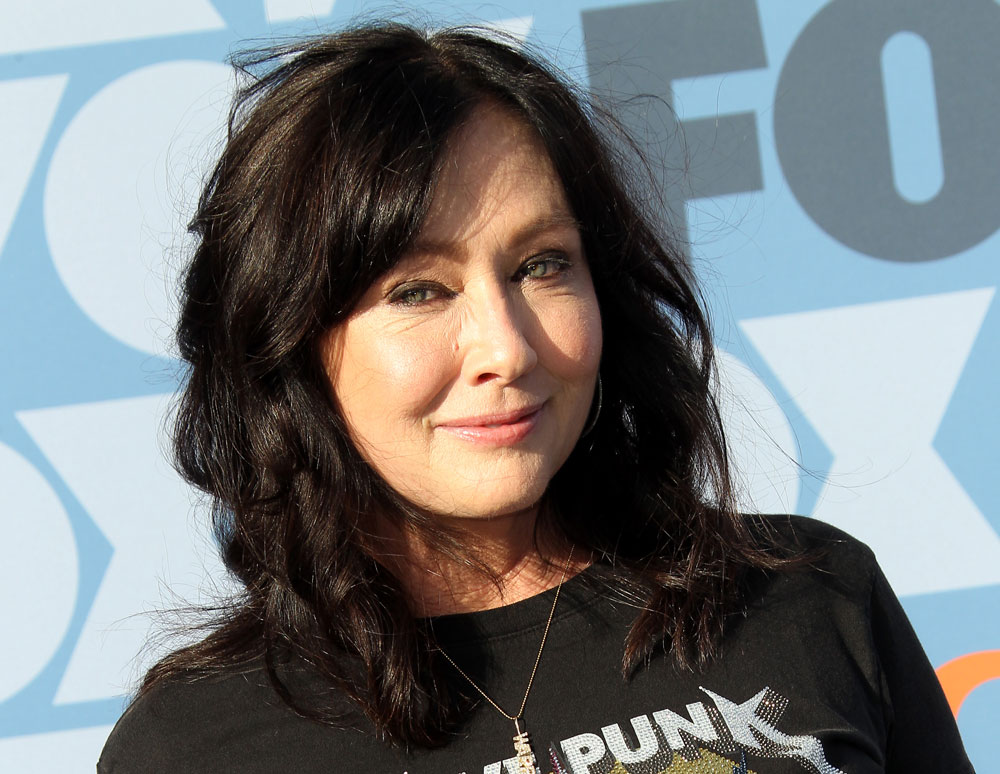 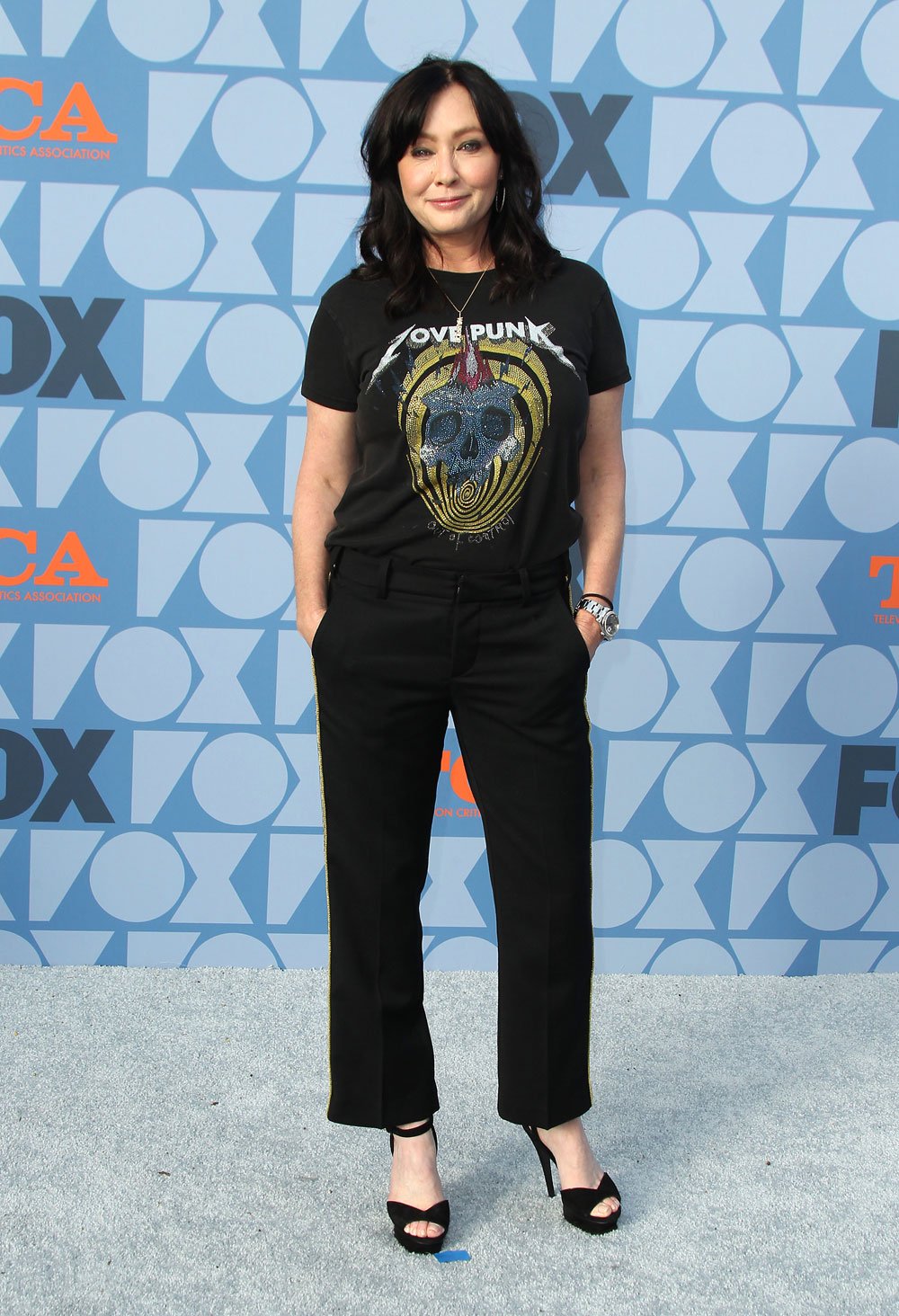 16 Responses to “Shannen Doherty on cancer: ‘Your body never fully bounces back, I’m critical of myself’”