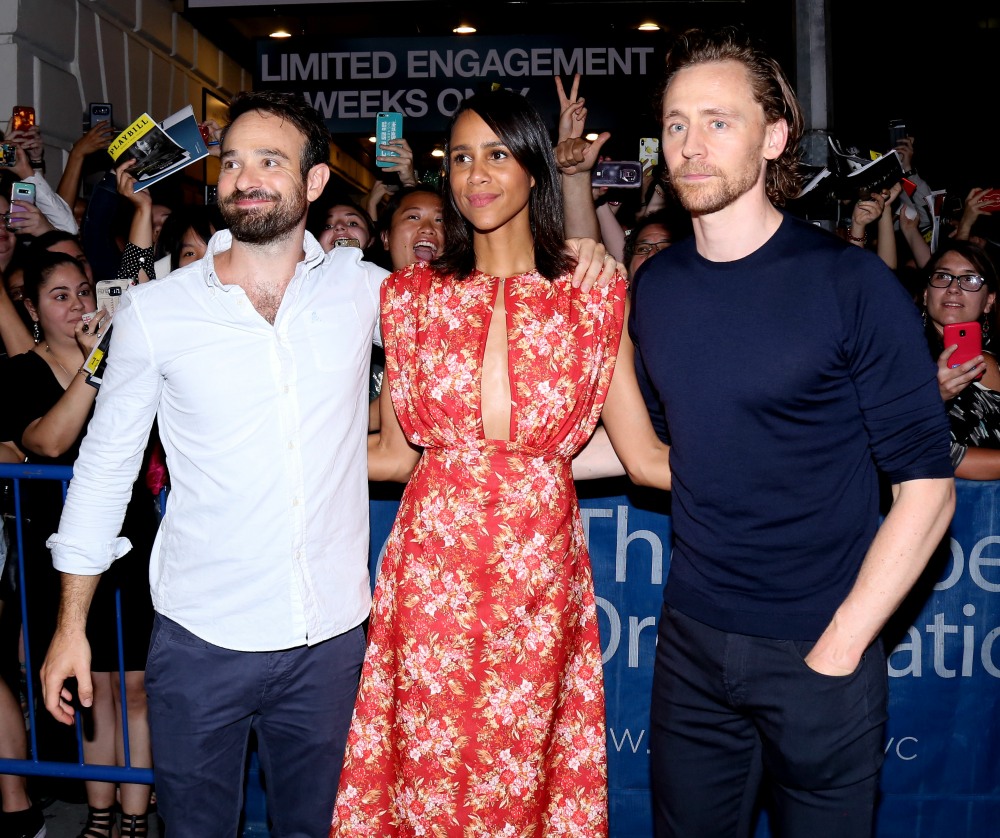 These were the scenes in New York last night as Charlie Cox, Zawe Ashton and Tom Hiddleston stepped outside of the Jacobs Theater after their first preview of Betrayal. Betrayal had a successful run in London earlier this year, and it was so successful that they brought it over to Broadway with the same cast. Lord Dragonfly – aka Hiddles – has been in New York for weeks, so I hope some of his most loyal New York fans have been able to spot him around town, and I hope everyone has bought tickets to Betrayal.

Tom has been looking increasingly great this year. Growing out his ginger curls was a great way to change things up, and he basically walks around looking like a shampoo ad 24/7. He also looks so fit and trim – I imagine he goes running every day, so maybe that’s when his most loyal dragonflies can catch a glimpse of him.

While doing press for the play, Tom has been chatting a little bit about the Loki series which will launch on Disney+ streaming next year. Apparently, Marvel/Disney came to him before the premiere of Avengers: Infinity War, and so he had to lie about the fate of Loki and how no one would ever see Loki again. Oh, look, I found Hiddles’ new MTV interview from this week. Conducted by one of his biggest fan boys, Josh Horowitz 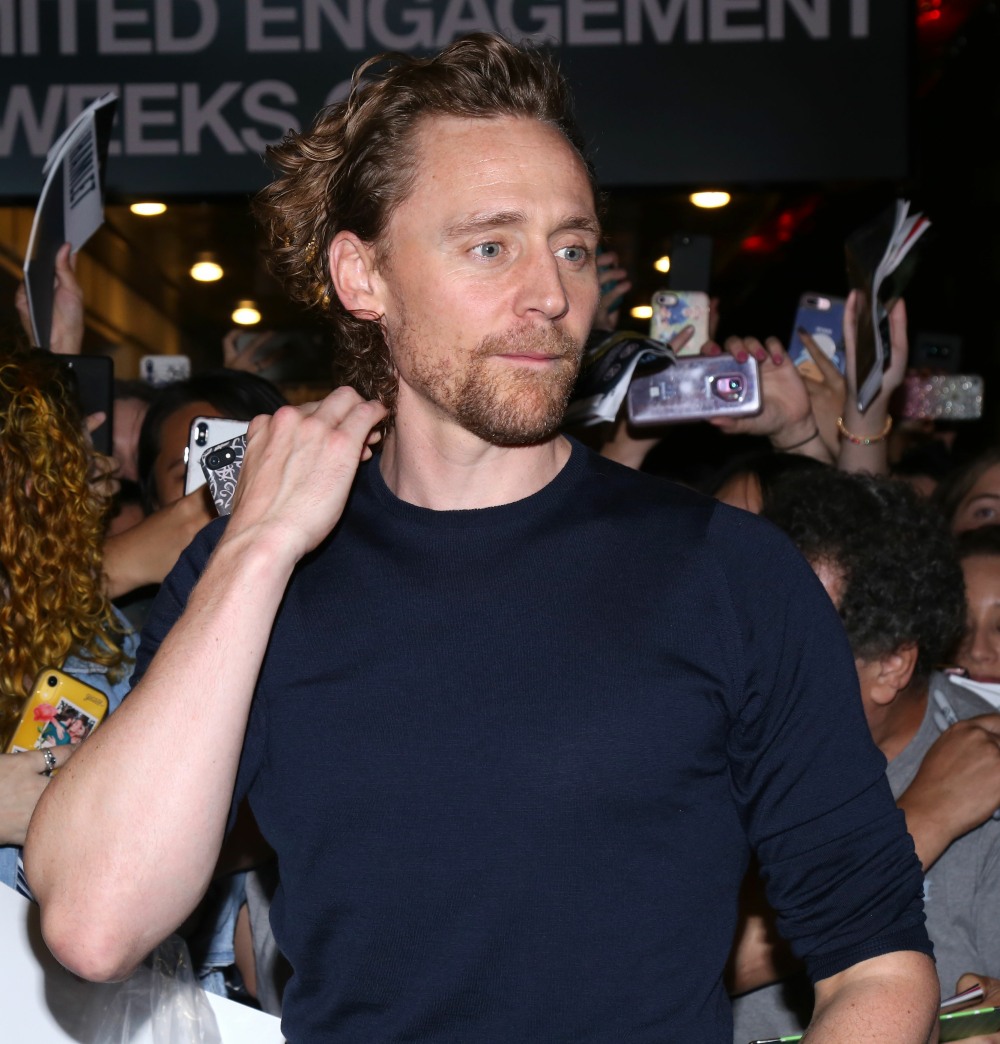 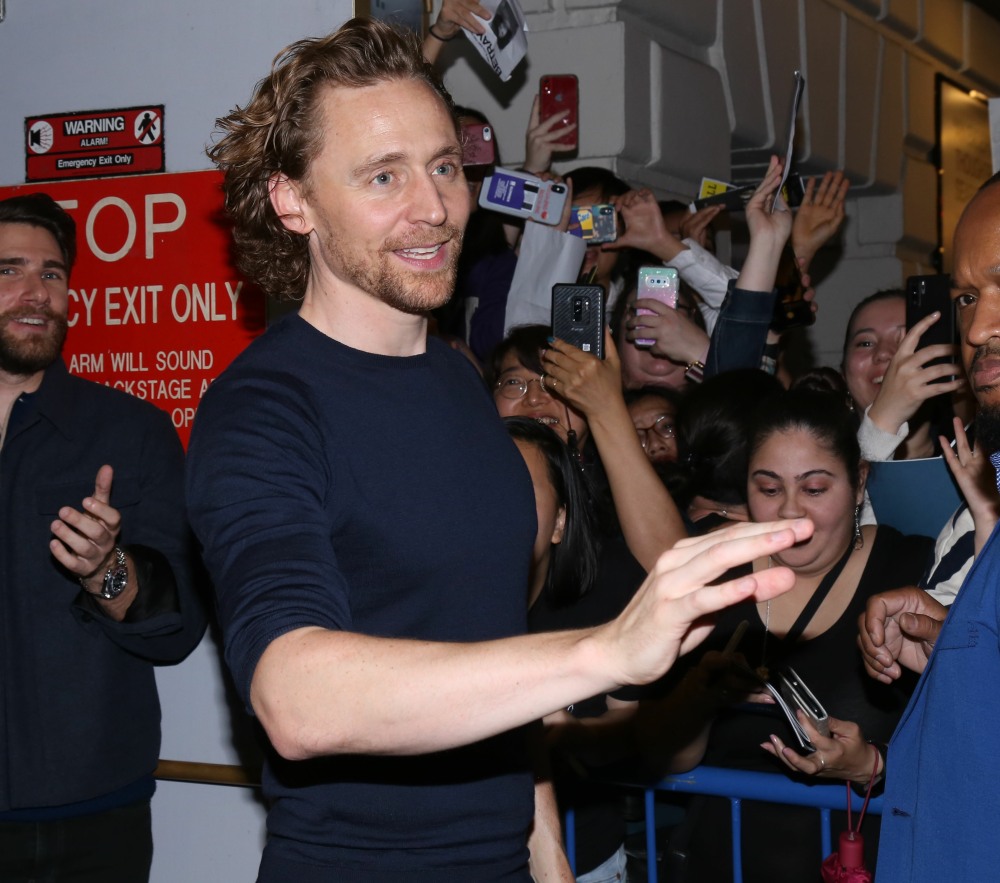