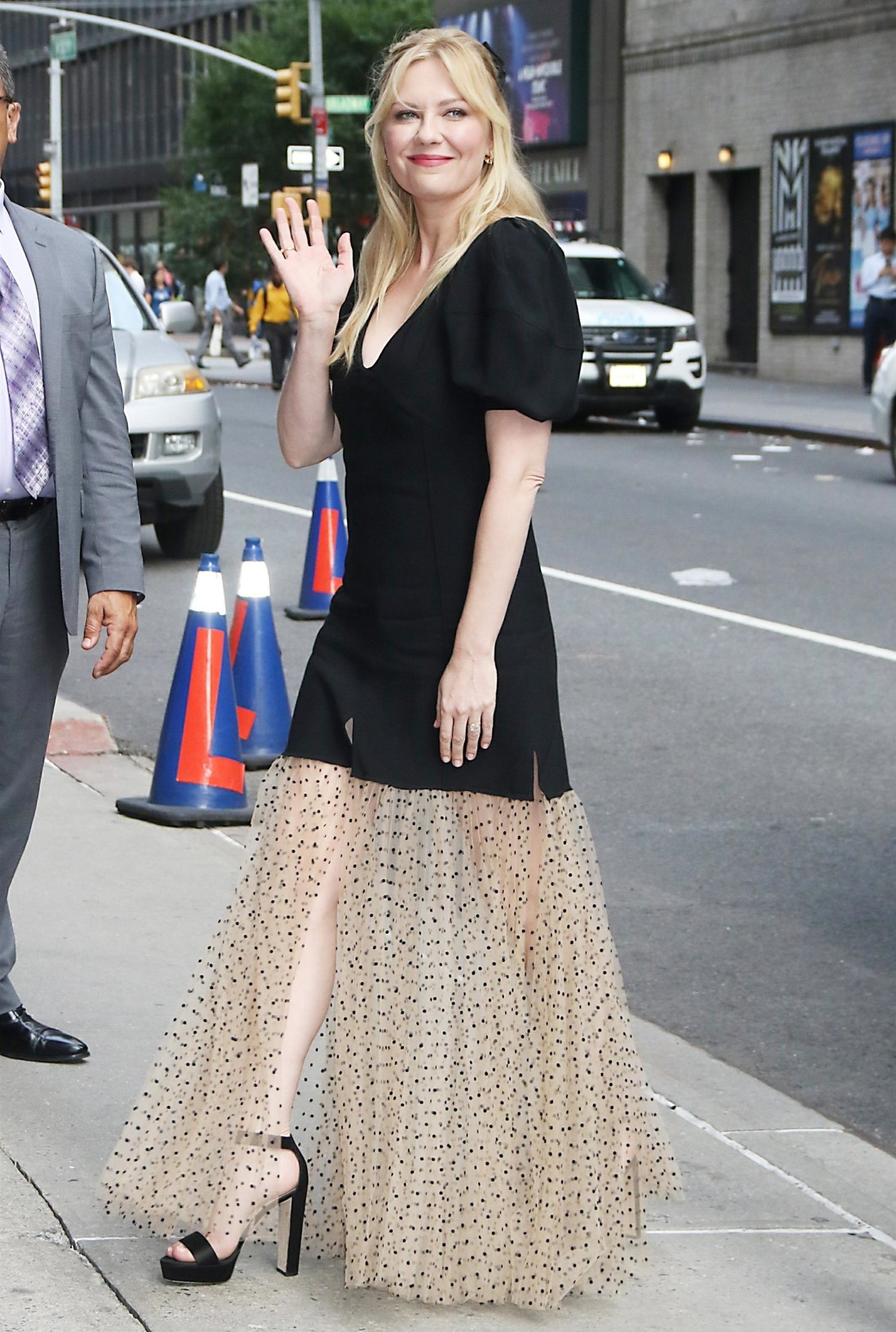 All of last week, Kirsten Dunst was doing a blitz promotional tour in New York. She’s promoting On Becoming a God in Central Florida, a series about scams and scam artists in (you guessed it) Florida. Kirsten plays the lead, a sort of white-trash single mother who gets ruined by a pyramid scheme and then decides to game the same pyramid scheme. It’s a showy role for Kirsten, and honestly, she seems happier than she’s ever been. She’s with her partner, Jesse Plemons, they have a son, Ennis, and she’s doing the most demanding work of her career now, on television. Anyway, these are photos from Kirsten’s promotional blitz. I feel like she was trying to do the Blake Lively thing of wearing a million cute outfits over the course of three days, but Kiki’s style is more… vintage-y and cutesy.

One of Kirsten’s stops was on The Late Show with Stephen Colbert, and she told a funny story about how she had to prepare to play her character in OBAGICF. It involved Sunday spray tans to be appropriately orange for a Floridian, and how that orange spray tan would rub off on her poor baby Ennis:

“I had a spray tan every Sunday for this role. I remember Monday morning my mother-in-law is texting me. She’s like, ‘I think Ennis has a little bit of brown, reddish hair coming in right here!’ I was like, ‘Lisa, that’s my spray tan!’ So, on Sundays I couldn’t hold my kid. I would postpone it to the latest possible minute so that I could hold my baby before he went to bed or before I put him to bed. I couldn’t put him to bed on Sunday nights because I would just get spray tan all over him!”

It’s super-cute. She’s cute throughout the whole interview, actually. Not in a try-hard way at all – she’s just really comfortable with her life these days and it shows. The part about the spray tans is late in this clip, around the 7:30-mark. She talks about her baby a lot and how much she hates to clean baby bottles. 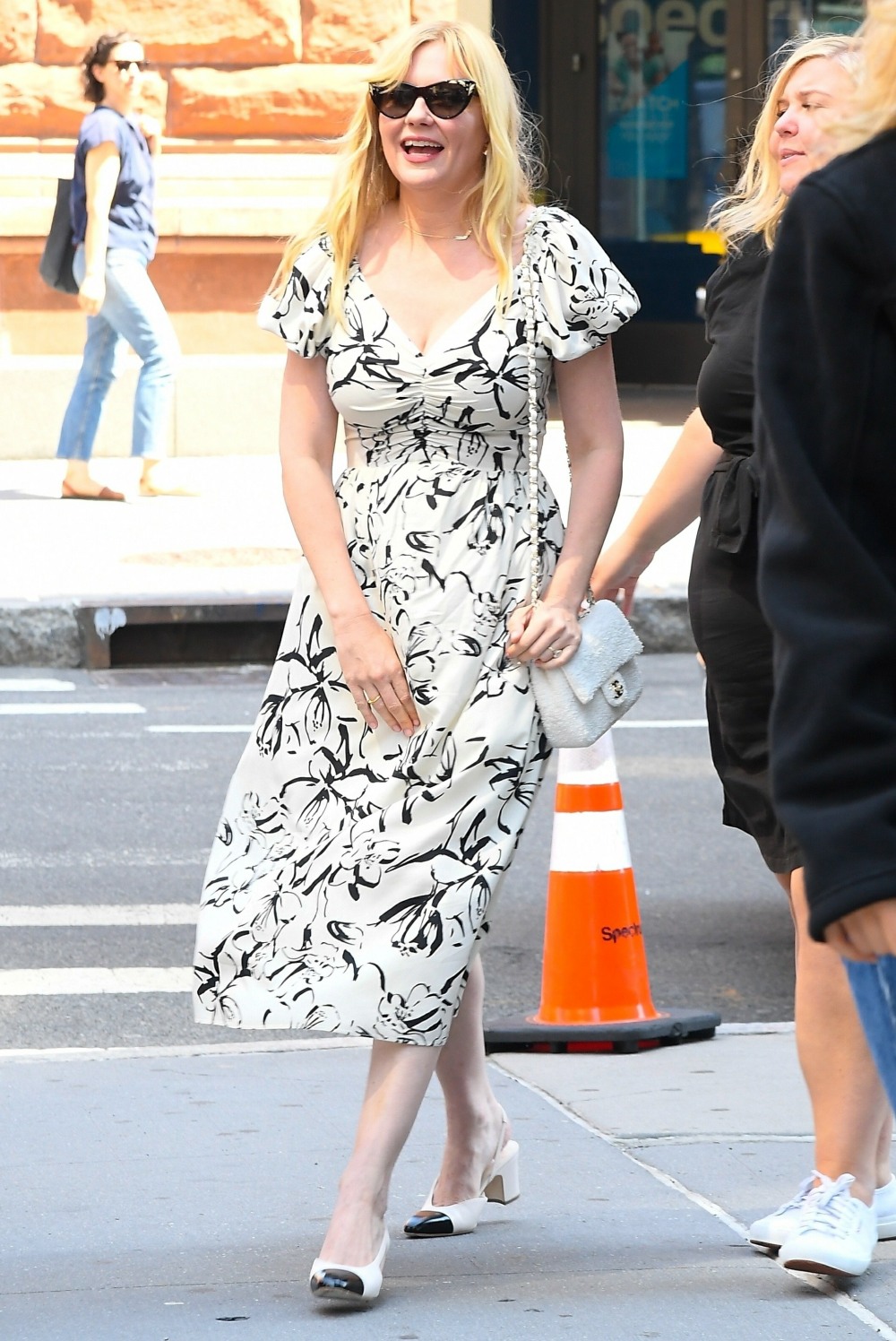 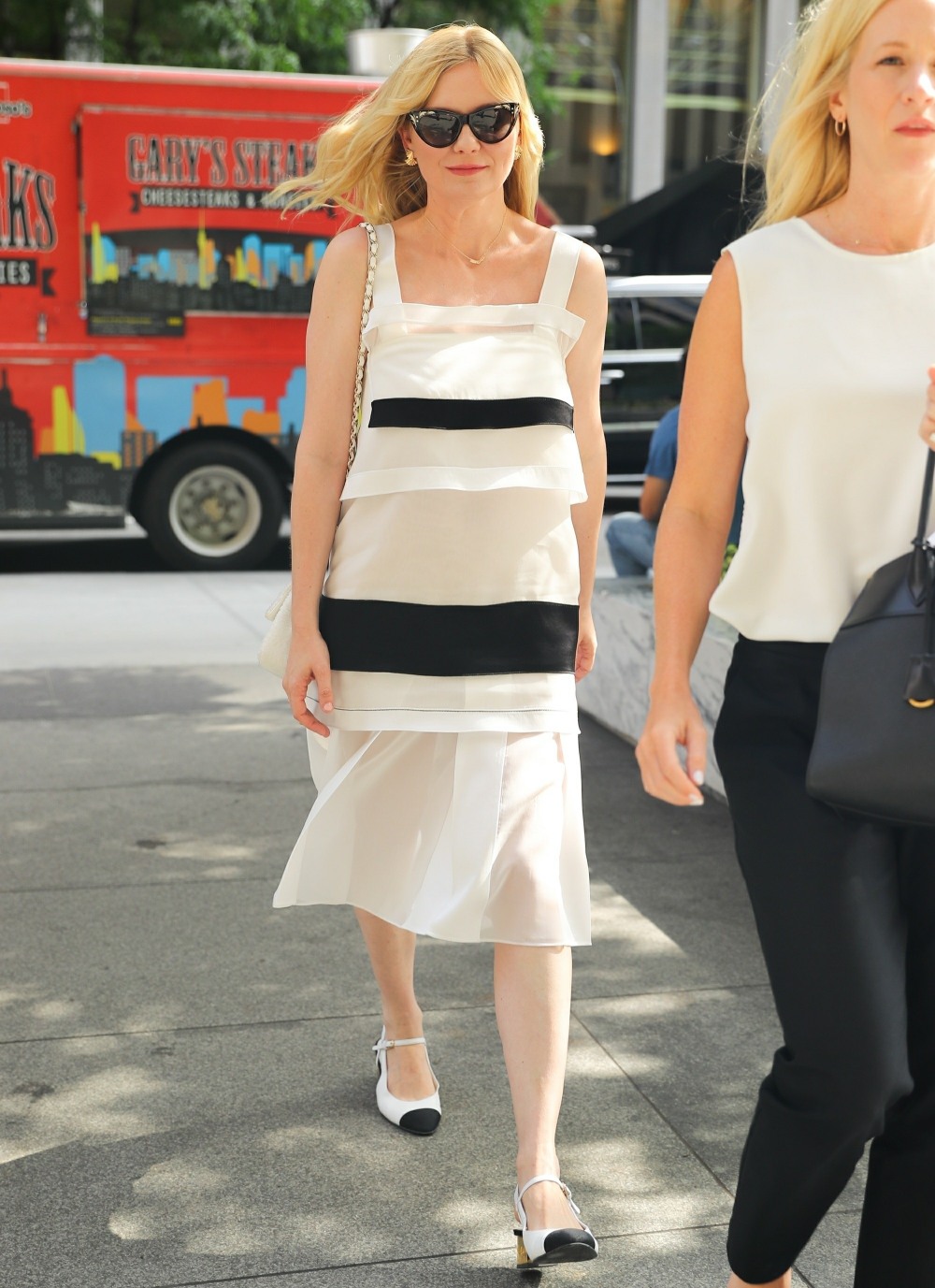