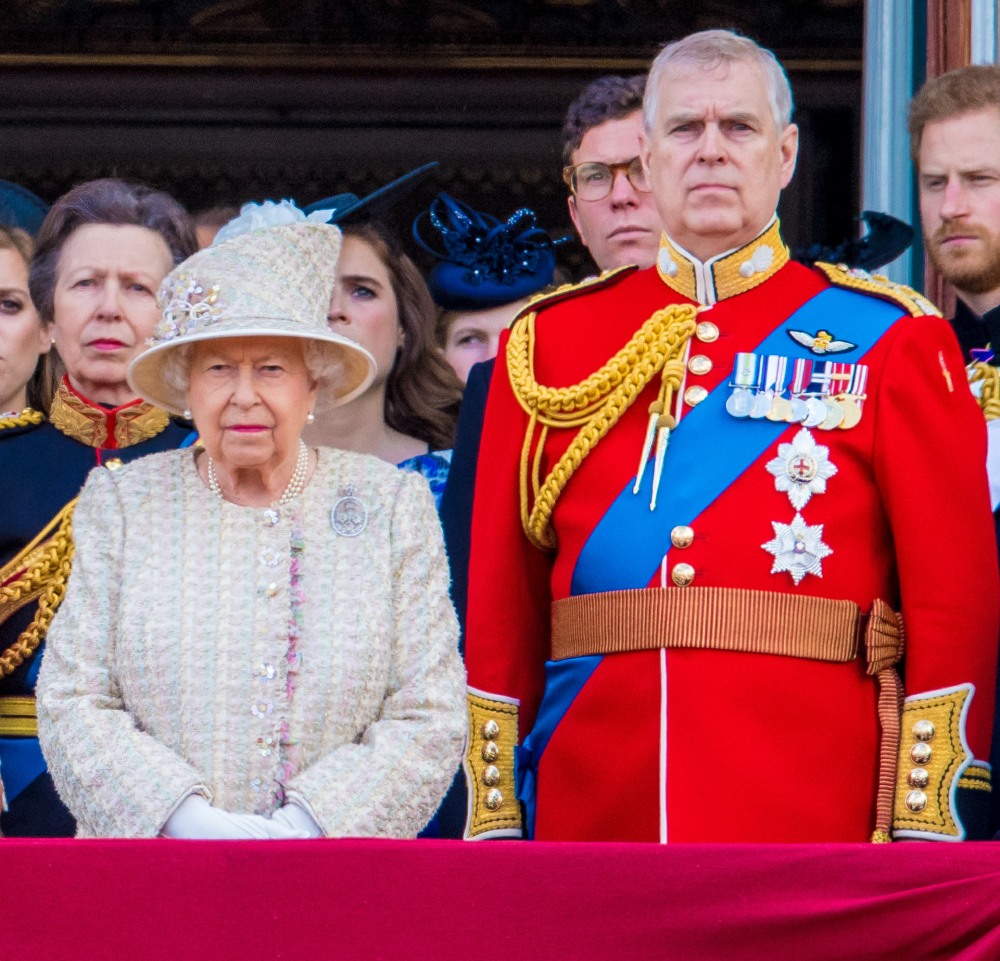 The Mail on Sunday finally got their butts in gear on the Jeffrey Epstein-Prince Andrew story. Not content to simply smear the Sussexes, the Mail on Sunday somehow – ?? – got their hands on an exclusive paparazzo video from December 6, 2010, which was two years after Epstein’s shady deal with federal prosecutors, a deal which seemingly left him free to continue to abuse, rape and traffic girls. Prince Andrew had come to visit Epstein in Epstein’s Manhattan mansion on that cold day in December, and the paparazzo recalled seeing very young-looking women/girls go in and out of the house all while Andrew was inside.

According to the Mail, at one point, Andrew is seen in the video giving “a nod and a cheery wave to the pretty brunette as she leaves the £63 million Manhattan mansion. He appears entirely at ease but then, for a split second, glances around the door as if to check that no one had witnessed the brief encounter.” That happened “less than an hour after Epstein, who had been convicted of sex with a child in 2008, left the house in the company of a young, shivering blonde woman.” One “observer” told The Mail on Sunday that “several of the women leaving and entering the home while Andrew was apparently inside ‘looked very young indeed’.”

So, that was the story yesterday. I didn’t know what to expect from the royal family as far as ass-covering. I guess I just expected more smears against the Sussexes as a way to deflect from Andrew. But no – it’s apparently so bad that Andrew has now issued a statement:

“The Duke of York has been appalled by the recent reports of Jeffrey Epstein’s alleged crimes,” the statement from Buckingham Palace said. “His Royal Highness deplores the exploitation of any human being and the suggestion he would condone, participate in or encourage any such behaviour is abhorrent.”

Pro-tip: you don’t have to say “alleged crimes” when the man took a shady deal in which he was put on the sex-offender registry. At that point, the crimes are no longer “alleged.” We describe it as “Epstein’s crimes” or “the crimes for which he was convicted.” As for “the suggestion he would condone, participate in or encourage” the exploitation of any person… literally, Andrew has been accused of raping a minor who was trafficked to him. Literally, there’s a video of Andrew waving goodbye to a very young woman (or underage girl) TWO YEARS AFTER Jeffrey Epstein’s pedophilia plea deal.

Here are some photos of the Duke looking super-appalled 24 hours after Epstein’s mysterious death: