Embed from Getty Images
Jamie Foxx was seen over the weekend with a young woman named Sela Vane, who looks young enough to be his daughter. In the photos I saw they were holding hands and Foxx had his arm around her waist in some shots. Vane also posted photos with him to Instagram. According to a source quoted in People, Vane us “just a girl he’s helping out, a young singer.” Sure she is. Lainey explained it better than I can, that it’s always “just a girl.” The last we heard of Jamie’s relationship with Katie Holmes, which was largely undercover for years, they actually went to the Met Gala together! They sat together and he posed with her backstage and everything. It looked like they might be going public instead of just slyly doing photo ops every few years. Sadly, that was just around the time they broke up. Page Six quotes someone who allegedly heard Katie saying they haven’t been together in months. We also have confirmation that they’d been together since 2013, right after Katie escaped from Tom Cruise and Scientology.

But a spy at La Esquina overheard the actress — who was having dinner with girlfriends at the Kenmore Street restaurant — tell a pal, “What Jamie does is his business — we haven’t been together for months.”

When we called another Holmes pal to check it out, they confirmed that the pair split in late May, a few weeks after their much-heralded first red-carpet appearance at the Met Gala.

They’d been together since 2013 — about a year after Holmes divorced Tom Cruise. The pair were highly secretive about their early trysts, meeting up late at night at hotels and sneaking out back entrances to avoid tattletales.

After that, the relationship became Hollywood’s worst-kept secret for many years.

That’s a smart way to have a rep give a sourced quote, just to say that it was overheard at a restaurant. It’s also a way for Katie to own the situation. “Whatever. I’m not with him anymore.”

Us Magazine reports that Katie was the one who broke up with Jamie. I bet she was. He wasn’t stepping up at any level. I understand why Katie got involved with him after Tom Cruise. Jamie was probably appreciative and respected the fact Katie was her own person with her own life. I’m sure he was affectionate behind closed doors. She was used to being controlled and monitored and Jamie must have been a breath of fresh air after that. He also was a total commitment phobe who was so scared of being tied down it took him years to publicly acknowledge that he was with her.

I hope Katie is living her best life, and given the paparazzi photos that have come out of her lately, she is. (Sidenote, I’m so wearing a black and white striped skirt today.) I want her to be with someone who gives her the best of both worlds, who is proud to be seen with her but respects her autonomy. 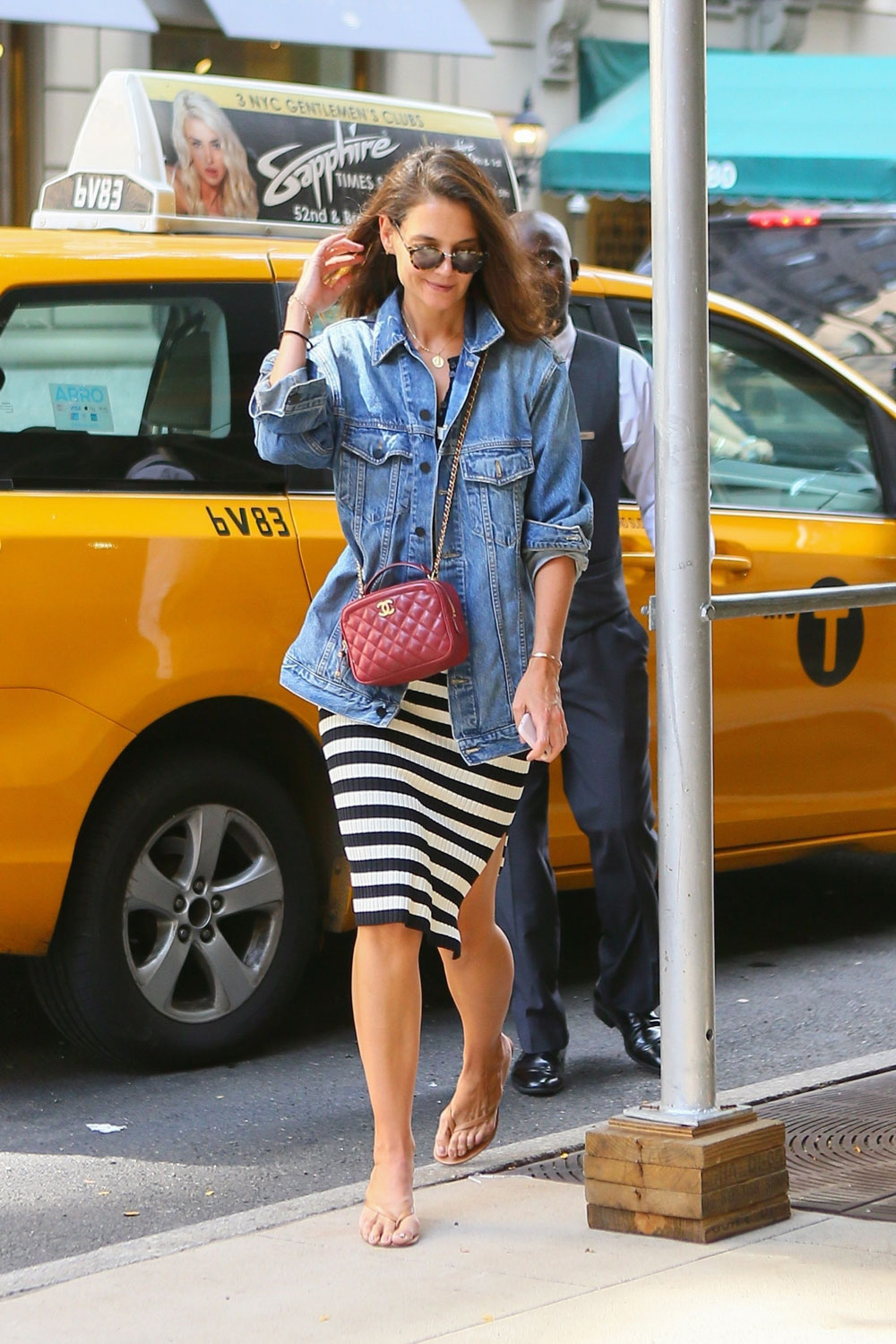 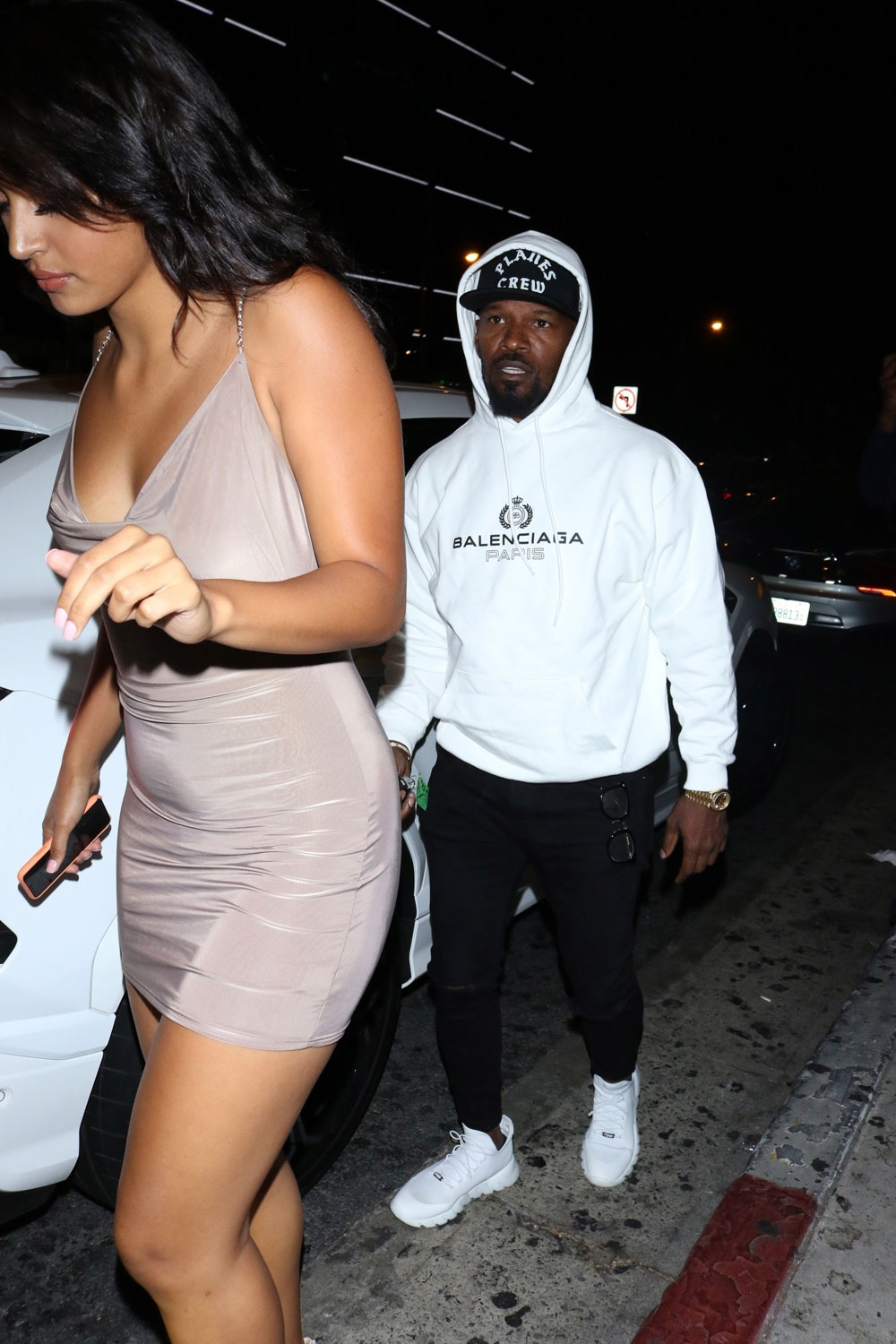 Who Is Sela Vave? Everything to Know About Singer Spotted Holding Hands with Jamie Foxx https://t.co/Bezdz8D3zi

I am so grateful to this man! Thank you so much @iamjamiefoxx for everything you do and for believing in me. #feelingblessed 🙏🏽