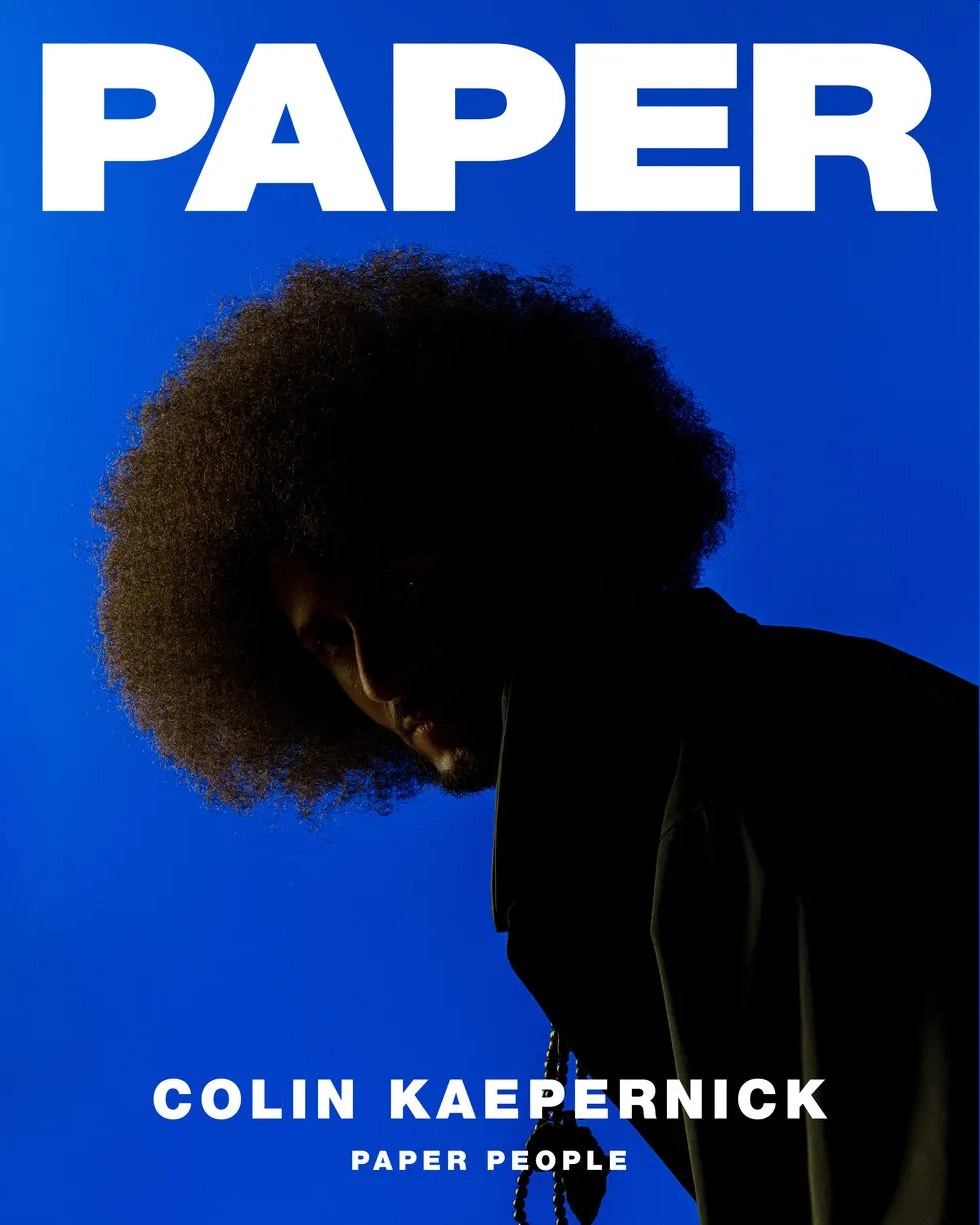 Colin Kaepernick started kneeling during the anthem in 2016. He was playing for the San Francisco 49ers, and before each game, when the anthem played, he either took a knee or he simply sat down. I remember Kaepernick being very open to dialogue and conversation at that time – he spoke with veterans and veterans’ groups about how to best protest and then he made up his mind to continue protesting in certain ways. Then the NFL blackballed him from getting a job when his contract was up, and on and on. These are still conversations we’re having three years later. Kaepernick was always clear that he was protesting about racial inequality in general, and specifically protesting the extrajudicial killings of people of color. Well, Colin covers the latest issue of Paper Magazine and he spoke about the murder of a black man in San Francisco which triggered a change in him:

Colin Kaepernick says the 2015 shooting death of Mario Woods — a black man who was shot multiple times by police officers — is what compelled him to become a civil rights activist. Colin told his story to Paper Magazine … saying he was deeply affected by the incident, in which 26-year-old Woods was shot 21 times by 5 San Francisco PD officers during a Dec. 2, 2015 incident. Cops confronted Woods — who was holding a knife — after receiving reports about a nearby stabbing. Officers initially used non-lethal bean bag rounds on Woods while ordering him to drop the knife — but then opened fire with live ammo when they claim he became aggressive and a threat.

But, cellphone footage posted after the incident appeared to contradict the police description — showing Woods up against a wall while holding the knife at his side in a non-threatening manner. A death investigation revealed Woods was shot 21 times — 6 of those bullets struck him in the back. The incident outraged citizens who accused the SFPD of executing Woods unjustly … and according to Kap’s girlfriend, Nessa, the QB began feeding his brain immediately after.

“If Colin wasn’t reviewing a playbook, he was reading a history book,” Nessa told Paper. Kap took a knee in August 2016 — 8 months after Woods’ death — and began his Know Your Rights Camp initiative that same year, using the Black Panther movement as inspiration.

I’m using TMZ’s summary because TMZ has the history of the case. You can read the Paper story online – it’s about how Kaepernick developed his the Know Your Rights Camp (KYRC) based on the Black Panthers’ Ten-Point Platform and Program. Colin calls Mario Woods’ death an “execution” and said that in the months that followed, he felt loss, pain and anger. The KYRC will ideally reach out to kids in communities of color and try to teach them their rights, from legal rights to health care rights to educational rights. It sounds great, honestly.