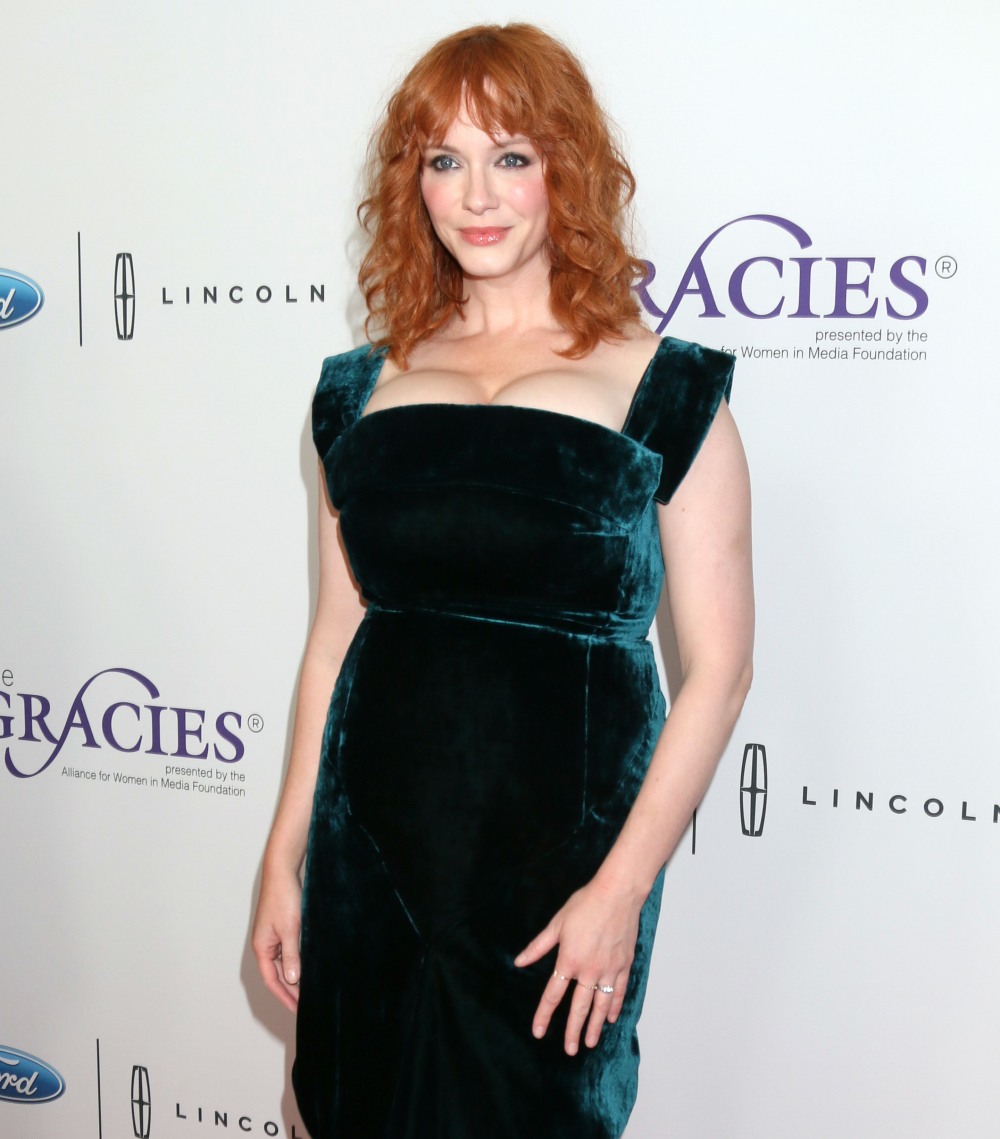 How do I say this without sounding too judgy? There are a lot of celebrities right now who claim to have spent their early years “modeling.” Very few of them actually have any evidence of that early career though, and I always find that super-shady (coughMelaniaTrumpcough). Christina Hendricks actually was a model for many years before she started booking acting jobs consistently. Every so often, photos or ads from Christina’s modeling days will crop up. She used to be a blonde! She was apparently friends with Karen Elson.

Well, this is one of those moments where Christina’s old modeling gigs have cropped up, only this time it’s something she herself has revealed. Christina posted the American Beauty poster to her Instagram and said that she was the “hand” on the poster. It’s another woman’s stomach.

Fun fact…. wait for it…I used to be a model and sometimes a hand model…. this is my hand and another model’s stomach….proud to be a part if this film in ANY WAY!!! #americanbeauty

A post shared by Christina Hendricks (@actuallychristinahendricks) on Aug 22, 2019 at 5:01pm PDT

What a bizarre and sort of cool thing. I guess I never thought too much about whose stomach and hand that was. Christina Hendricks: HAND MODEL. Anyway, tons of celebrities commented on Christina’s post. January Jones wrote: “This is important. How come I didn’t know this?” Elle Fanning said “I’M SHOOK!” Coca Rocha: “This is the most incredible fact I have learnt all year!! My mind is blown.” Christian Siriano said: “I’m freaking out!”

Is anyone else obsessively looking through photos of Christina’s hands now? 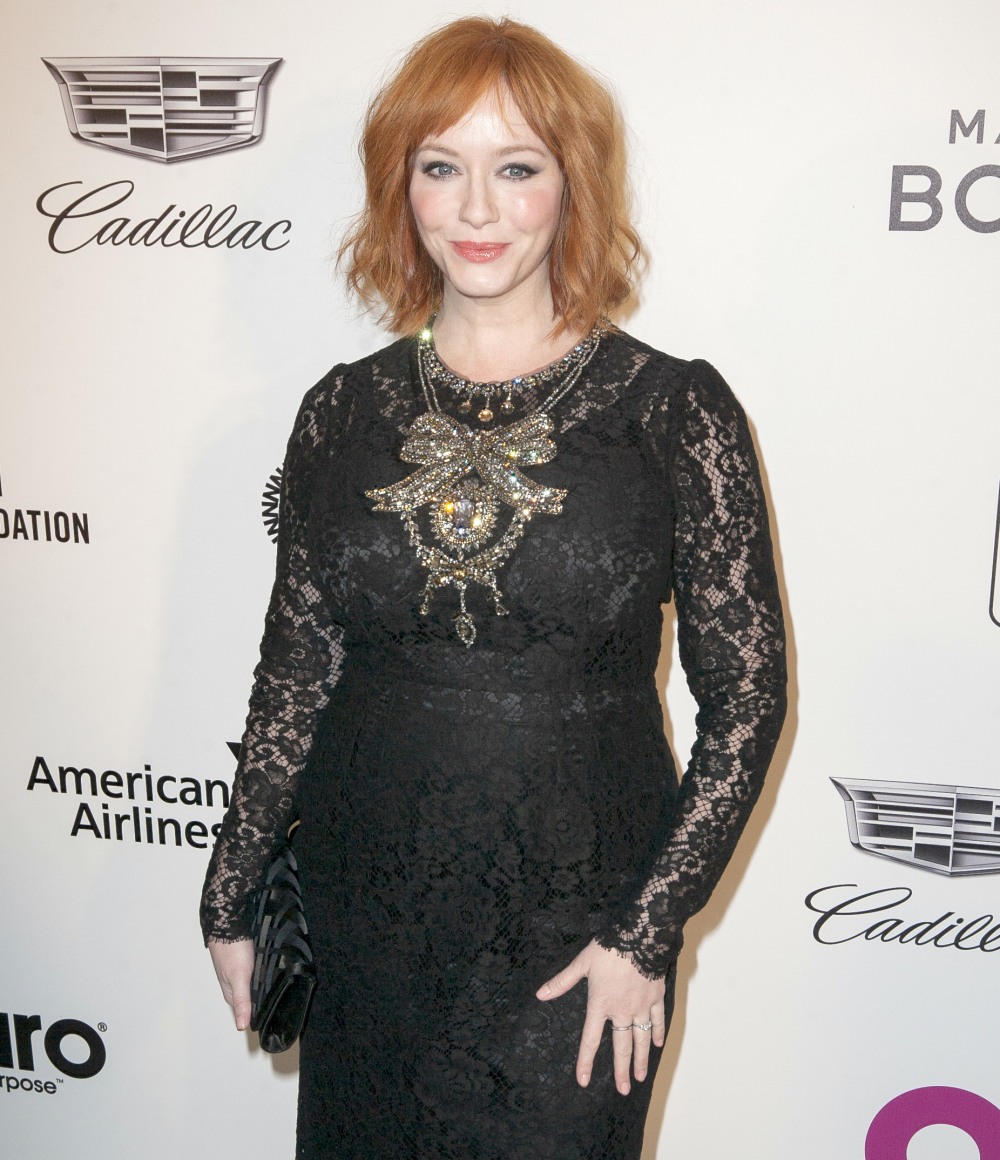