Anne Hathaway: ‘I used to love to fight! It felt so good to fight and be right’ 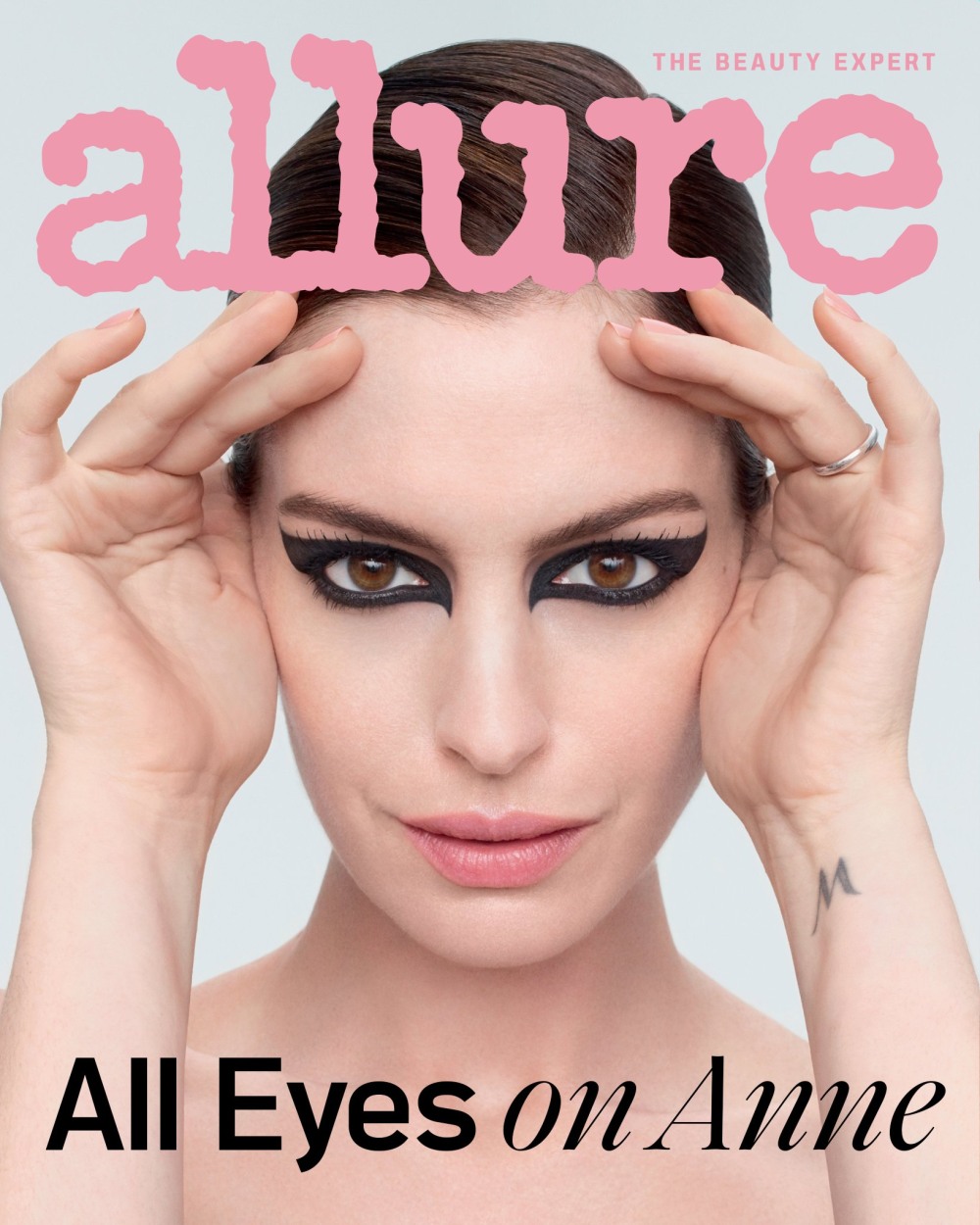 Anne Hathaway and her Eye Makeup of Doom cover the September issue of Allure. Anne is so pretty and her face can “take” a strong makeup look, but this is not the look. She looks like a drunk raccoon. Harsh but true, and also not her fault. Allure should have known better. Anne covers Allure because she’s hustling for The Last Thing He Wanted, adapted from the Joan Didion book of the same name and directed by Dee Rees (as of this writing, there’s still not a trailer). Anne chats about the movie, and her childhood and how the industry really does seem to be changing post-MeToo. You can read the full piece here. Some highlights:

Learning how to make sushi: “Ordering sushi, all the containers, napkins…It would just be less expensive and less wasteful for me to do it at home.” Hathaway supports many eco- and environmentally friendly initiatives in the US and around the world. “I’ve been very lucky in life, and I just see this as my responsibility as a person with the time and means to do it.”

She grew up in a singing family: “My family sang constantly. I didn’t know that wasn’t normal until the seventh grade. One day a friend just sat me down and said, ‘I need to talk to you about the singing.’ I think there is no better way to express joy in a performance. Singing and dancing forces you to open yourself up to vulnerability. I don’t think anyone is expecting me to win a Grammy or anything, so I just kept my expectations realistic and did my best.”

She used to be more of a fighter: “I used to love to fight! It felt so good to fight and be right.” As anyone in a healthy relationship knows, an insistence on being right won’t last long in matters of love. Hathaway resisted. “You have those moments where you just want to grab them, like, Noooooo! I just want to be petty for a little bit longer.”

Her character in The Last Thing He Wanted: “I feel like something about working on The Last Thing He Wanted made my character so angry and so righteous. She’s not wrong for the reason she’s angry, but [it’s] taken over her life. Now she’s more angry than alive…. It had a big impact on me because anger is something that’s been a big part of my journey. Not necessarily neutralizing it, because anger is useful, but learning the whys of it. Learning how to ask, How does this serve me?”

They asked her to gain 20 pounds for the part: “At 16 years old, it was ‘Congratulations, you have the part. I’m not saying you need to lose weight. I’m just saying don’t gain weight.’ Which of course means you need to lose weight. So I had that, then 20 years later I have Ane Crabtree [costume designer for The Last Thing He Wanted] asking me what my body does on my moon — which I realized meant my period — so she can make adjustments for me. It was just this beautiful thing. I am cautious in my praise of how Hollywood is shifting. There is so much more body inclusivity — which is great! — but the thin thing is definitely still the centralized ‘normal’ expectation.”

She thinks things are improving in Hollywood: “It’s more nuanced, and it’s more interesting. It’s allowed for more interesting characters and stories. Now the big question is are audiences appreciating it? If it’s not supported, it won’t continue. It will go back to the way it was, and people will say, ‘Okay, that didn’t work.’ ”

It me: “I used to love to fight! It felt so good to fight and be right.” I still haven’t gotten to the point where I see the wisdom in being “mature” and not fighting. No, that’s not true – I leave things unsaid a lot because I don’t want to fight with certain people, but I’m still absolutely up for a GOOD fight some days. Some days I’m just hoping that someone says the wrong word to me so I can unleash.

As for the costume designer “asking me what my body does on my moon — which I realized meant my period — so she can make adjustments for me…” Wow, that’s amazing. I guess I never realized that a costume designer would have to think about “oh, this actress is bloated because she’s PMSing” or “she’s got her period so she went up a cup size.” Imagine that, women in power taking care of other women. 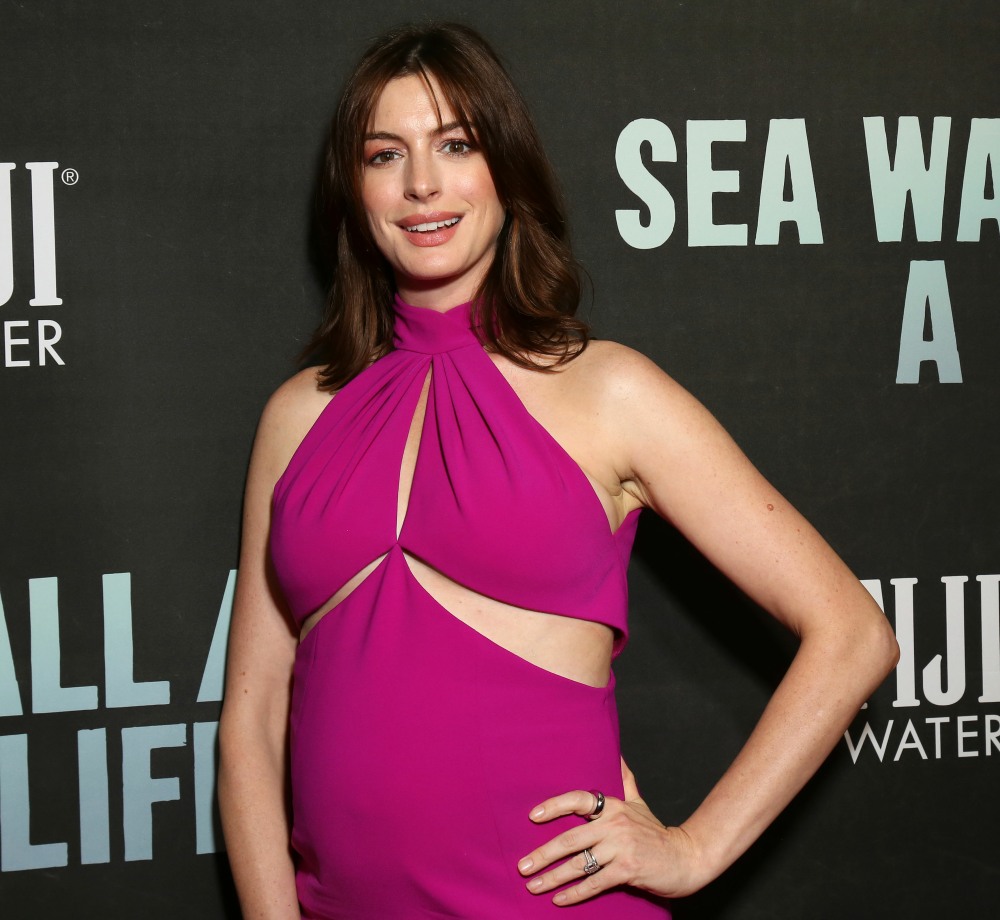 15 Responses to “Anne Hathaway: ‘I used to love to fight! It felt so good to fight and be right’”