Kirsten Dunst: ‘I haven’t worked out once since I had my baby’ 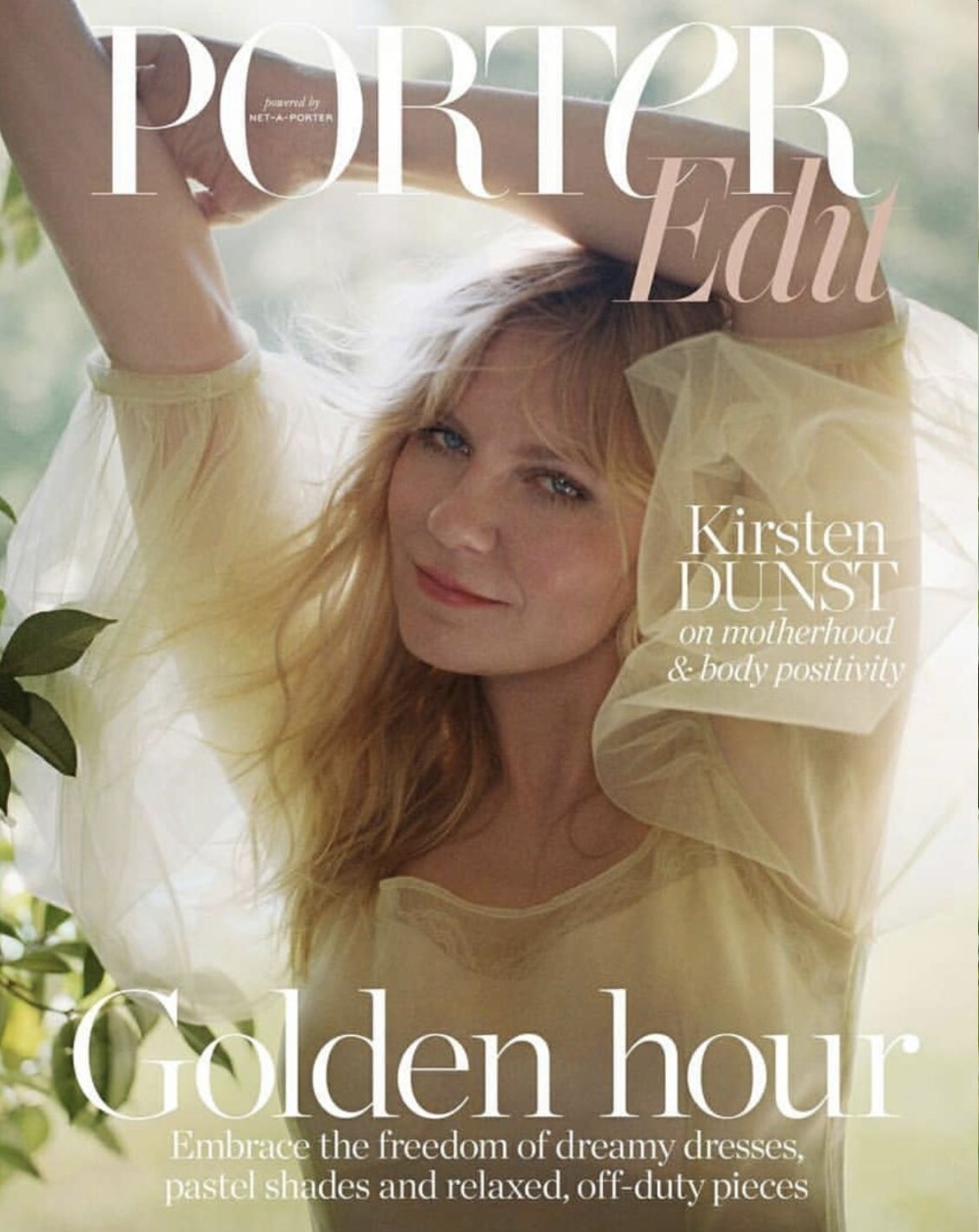 Kirsten Dunst covers the latest issue of Porter-Edit Magazine to promote her new show, On Becoming a God in Central Florida. I’ve said this before, but it’s worth noting again: this is the happiest Kirsten has ever been. For years, she wanted to settle down and get married and have a baby. Garrett Hedlund didn’t want that. Jesse Plemons wanted that. While they’re not married yet, they’re a little family unit with their baby Ennis, and Kirsten is just…happy. Her recent interviews reflect that – she’s so chilled out and content, it’s really nice to see. You can read the full Porter Edit interview here. Some highlights:

She’s not vain about how she looks while she’s working: “I don’t really look in the mirror and see Kirsten when I’m working. I have to set a look for a part and just forget about it. I don’t care how I look.”

Back to work five month after giving birth to Ennis: “I cried to my mother-in-law in the second week [of the job]. It was the hardest job I’ve ever taken, right after five months off with a baby. I was so tired. I would bring home a tuna sandwich from the craft services table. I would take a bath, and then eat my sandwich in bed while I read the pages and learned lines for the next day.”

Falling for Jesse Plemons: When they met, she “knew he was going to be a soulmate. He’s my favorite actor – the best I’ve ever worked with. I just knew he would be in my life forever. I didn’t know what capacity that would be at the time. When the show was over, I just missed him terribly. We didn’t get together until a year later. We were both smart enough that we were wondering if the connection was just because we were working together. But it was real.”

Still engaged, not married. “But we’re about as married as you can get. We have a kid together. My mom was like, ‘But when are you guys getting married?’ And I said, ‘Mom, I’m not going to get married when I’m pregnant. I want to have fun and have a drink. I mean, we’re paying for this wedding. I’m paying for the bar! I want to enjoy it.’ [My mom is] kind of old-school in that way. I thought I would have a hard time getting pregnant, but it was a surprise. If I hadn’t met Jesse, I would have frozen my eggs. [But] it feels like I lucked out.”

Whether she & Jesse would allow Ennis to be a child actor: “If you have a kid who’s very cute, I get why people do it. Do a Gap ad and you can make your college money. It’s the first time I kind of understand it. Ennis is so adorable, with two big dimples. He is such a happy baby, and I see why I might want that memento of him at this age, but we will probably just encourage him to do school plays.”

She’s not worried about her post-baby body: “The benefit of growing up with [celebrity], is that I have a very healthy perspective of being an actress. I haven’t worked out once since I had my baby. I’m not one of those people who says [affects a funny voice], ‘Ohhh I have to get my abs back.’ I feel like I’ve established myself as an actress. I have a healthy amount of vanity that hasn’t tipped into something really destructive. I want to find parts where I don’t have to be that person, and I have plenty of role models. Look at Patricia Arquette.”

She sold her old pre-baby clothes: “I want to look nice for how I look now. There was a time when I was like, ‘S***! I don’t fit into anything anymore.’ I just bought clothes in the size I am now. I don’t care. I sold all this stuff on The RealReal. And there was some really good stuff in there!”

Apparently, she’s a producer on On Becoming too, and she had a big say in the casting choices. She recommended Alexander Skarsgard for one of the bigger roles, and that’s because they worked together on Melancholia, and she had adored him ever since. Nicole Kidman sort of said the same thing, that it was a complete joy to work with Skarsgard on Big Little Lies. I think Alex just enjoys working with women (some men don’t). As for the rest of it… she just sounds happy and fulfilled and like she can’t even believe how well everything turned out. She got pregnant as soon as she wanted to, she’s in love with her soulmate and they’re not stressing about the wedding, and she has a healthy, dimply baby. 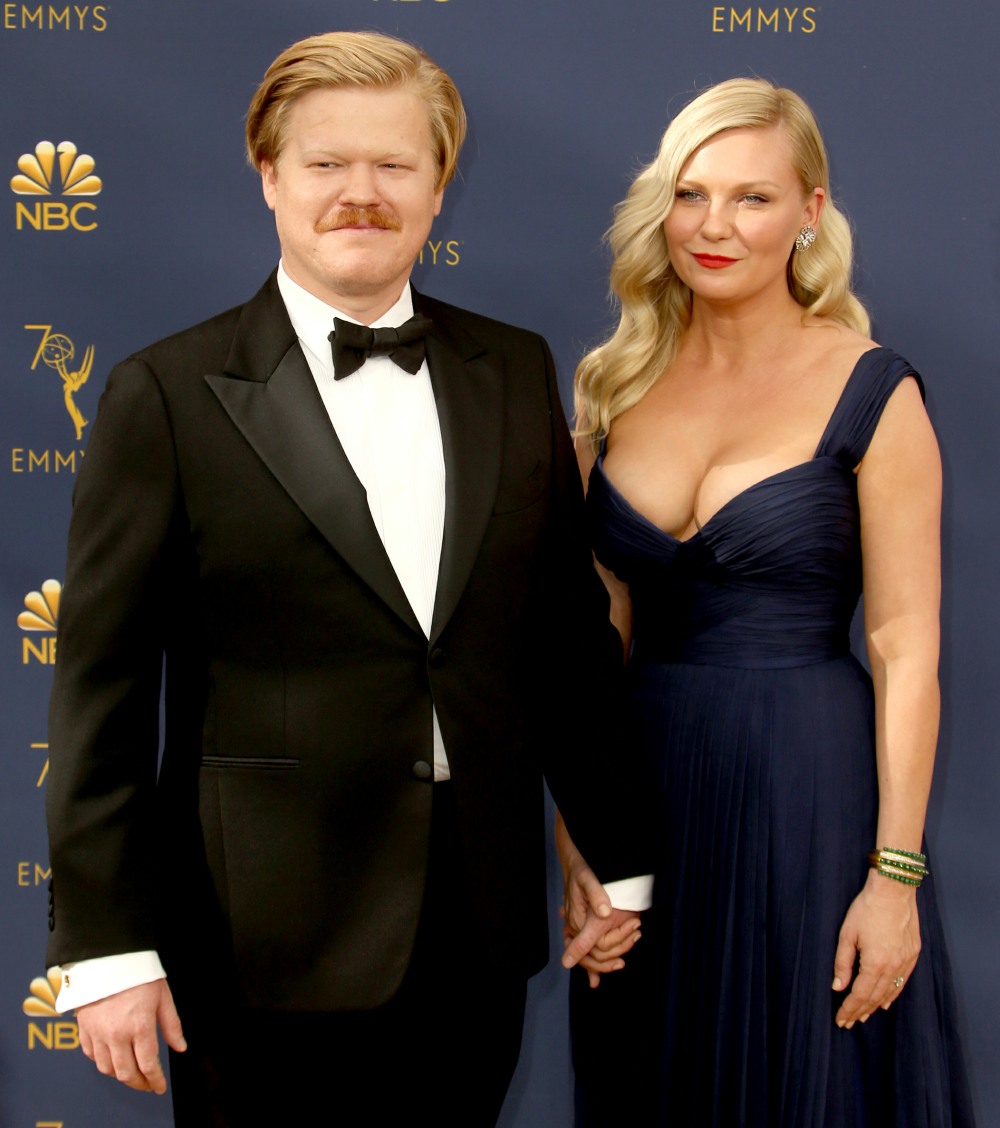 24 Responses to “Kirsten Dunst: ‘I haven’t worked out once since I had my baby’”