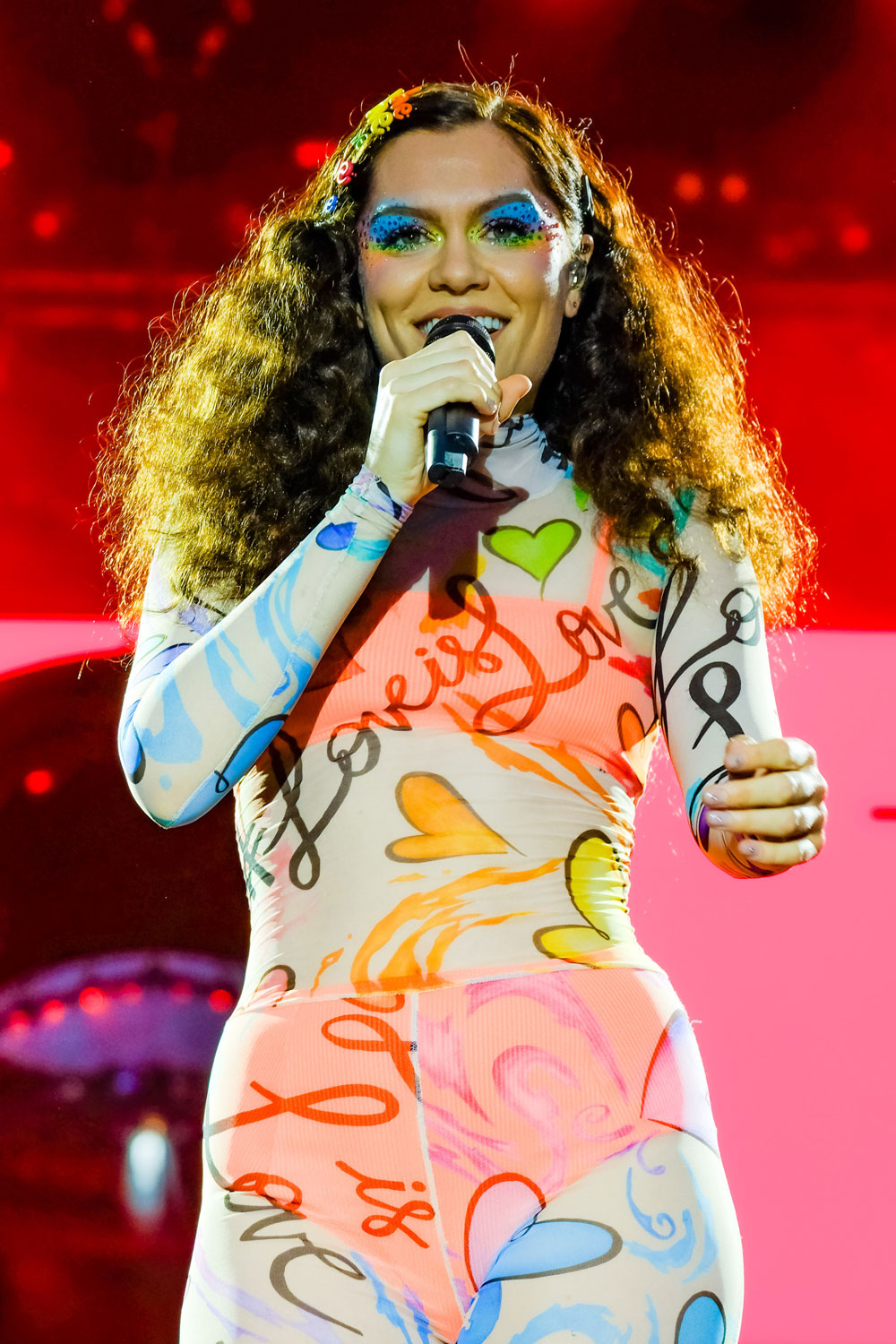 At the end of May, Iggy Azalea deleted her social media accounts for about a month following a leak of topless photos that were outtakes from a 2016 GQ photoshoot. At the beginning of August, Dave Annabelle unfollowed everyone (except his wife) on Instagram, writing, “Instagram can cause depression and anxiety.” Two more celebrities who have followed the trend of drastically changing their social media habits are Channing Tatum and Jessie J. The couple announced (separately) that they are taking a break from social media.

Here’s what Channing had to say:

If anyone is using a screen reader, Just Jared transcribed his message in their report, which Channing typed in Notes on his iPhone and posted to Instagram:

“I’m gonna take a break and come off socials for a minute. I’ve been trying to get inspired and create again. And to be honest I don’t really feel, or at least I haven’t felt very creative on social in the last couple years now. I’m gonna go and be just in the real world for a while and off my phone. I’ll probably come back at some point. But if I do I want to have a direction or a clear point of view of why I’m on here and what I’m putting out there[.] . . . Love ya! See ya after a while!”

Jessie posted an image of the text: “Done it before. Doing it again. Having a break from the gram. To get out my phone and into REAL LIFE. I spend way too much time scrolling through some BS,” followed by a series of emojis. She wrote a longer explanation in her caption saying she’s doing great and wants to get back into nature.

For the record I’m OK. Happy, healthy and sane. People often presume to come off Instagram you are going through some shit. Lol. Actually it’s the opposite. Im in such a good place that I want to respect and nurture that looking up and not looking down. Instagram is fun, but it isn’t real life. I’m off to write a new album. 🔋 Telling just the people who support me. Love you all. Be back soon. Refreshed and refuelled and ad-libbing OBVIOUSLY ❤️ (Also try and instagram cleanse every once in a while – it can do you no harm) 🙏🏻

Both Channing and Jessie mention wanting to spend more time in the “real world” and “real life” and wanting to refocus their creative energy. Good for them. Jessie’s right that taking a break from Instagram (or social media more generally) doesn’t do anybody any “harm,” and can help make life slightly more peaceful as one less source of anxiety and frustration. The break I took from Facebook several years ago was great. I knew that I had made the right decision when it occurred to me on the first day that there was something else I “needed to do,” but couldn’t remember what it was. I realized that I had been thinking about “needing” to be on Facebook. Checking it had become a chore, rather than something fun. I wonder whether Channing’s decision spurred Jessie’s, or maybe they’d both been talking about it and decided to do it. Either way, I hope that they enjoy the break. I’ll be curious to see how long it lasts.