Normani is going to be the next big thing, did you see her moves at the VMAs? 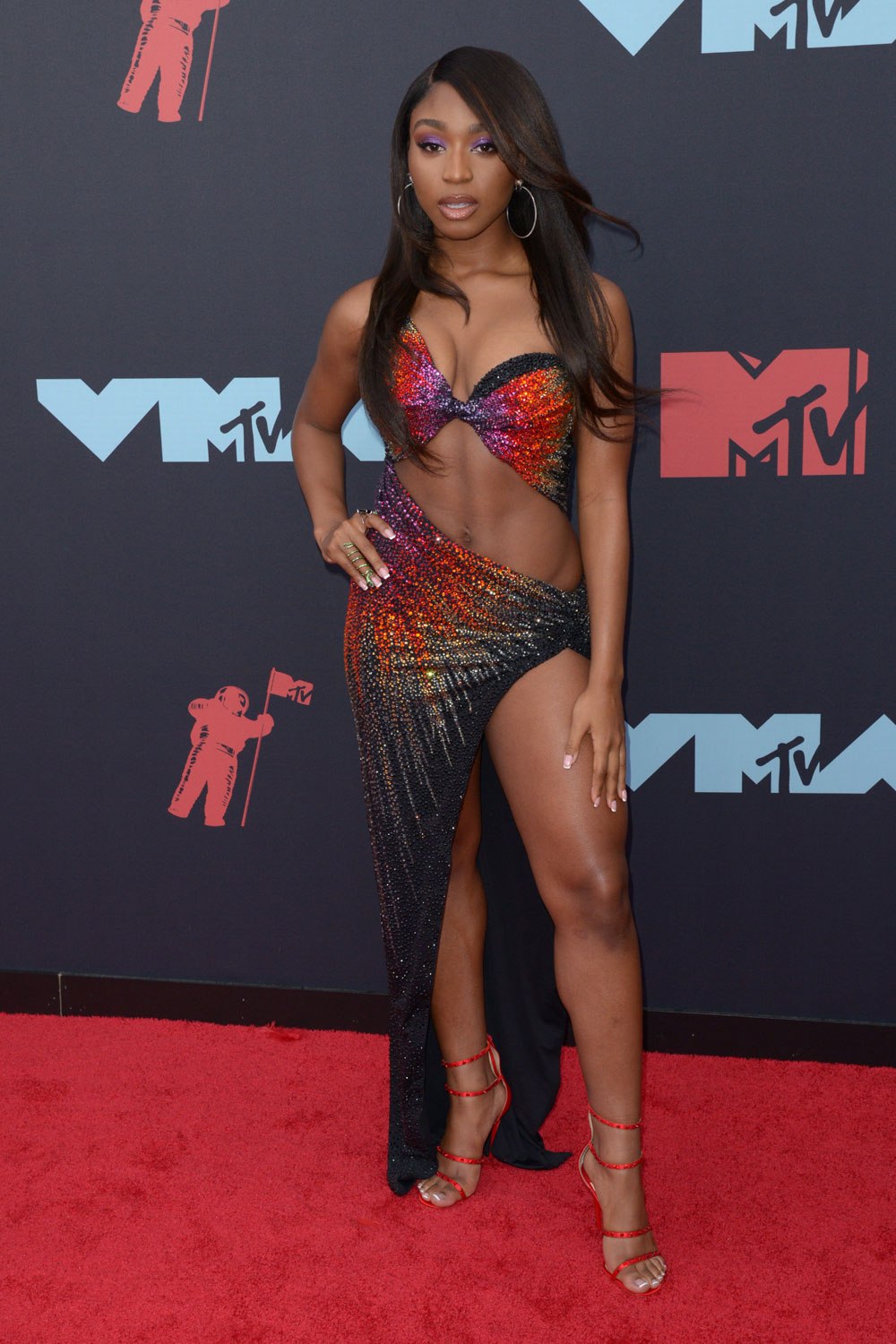 This is Normani looking like the sexiest mermaid in Nicolas Jebran at the VMAs. Look at how perfectly her hair is blowing back! If you have not seen the video for Motivation yet, do yourself a favor, watch it and come back. If you don’t have four minutes, watch from about 1:55 until 2:30. She does an actual backflip, so not only can can dance, she can do amazing gymnastics moves. Maybe that was achieved through editing, but it looks real enough. Plus the song is so good. Combined with the choreography, it gives me goosebumps. This is Normani’s debut single after breaking away from Fifth Harmony and she delivers. (The other breakaway artist from that group underwhelms. I said it.) Normani performed “Motivation” at the VMAs last night and she did a floor routine too!! That part is at 2:30. She wasn’t doing flips but she did a split and a bunch of floor moves, it was impressive. Here’s that video:

This is similar to the music video except they switched the routine up enough so it’s still fresh for people like me who have watched it over ten times. I can’t find any solid details about when her solo album is coming out, but I will definitely listen to it the day it does.

I’m including a couple of other performers in this post as we’re trying to cover the major fashion and acts from the VMAs. Here’s H.E.R. in Valentino. She had on an actual snake on the red carpet! It was a nod to Britney’s Slave 4 U snake in 2001, and Cosmo points out that Tana Mongeau, who is a YouTuber I haven’t heard of before, wore one this year too. OK, those are live creatures. I’m not about to defend snakes’ rights but this feels wrong. Plus a lot of people, like my aunt, have a phobia of them. (She could not watch Temple of Doom.) H.E.R. performed “Anti” and you can see that here. I really liked the visuals and the feel of it. There were a lot of good performances last night. 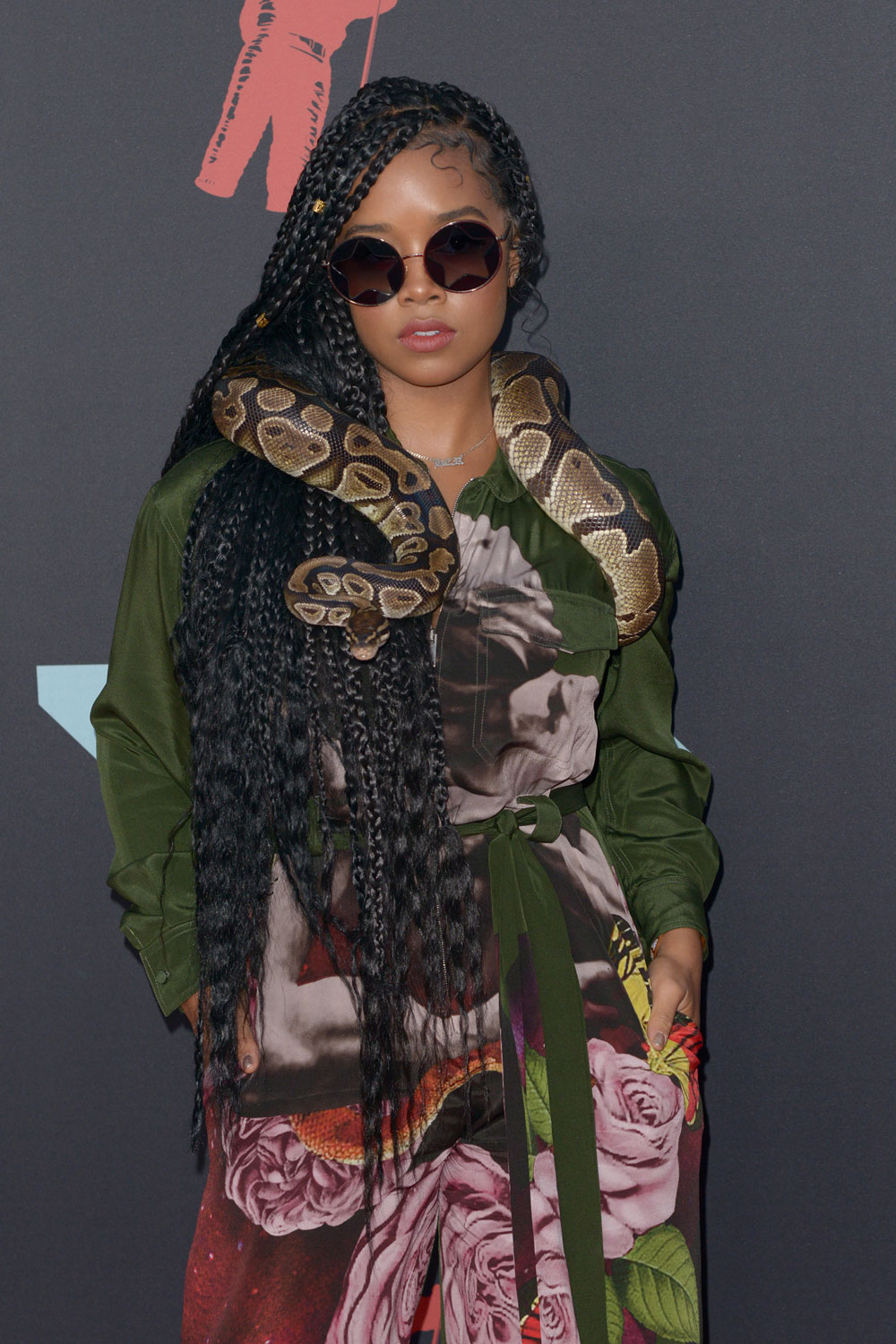 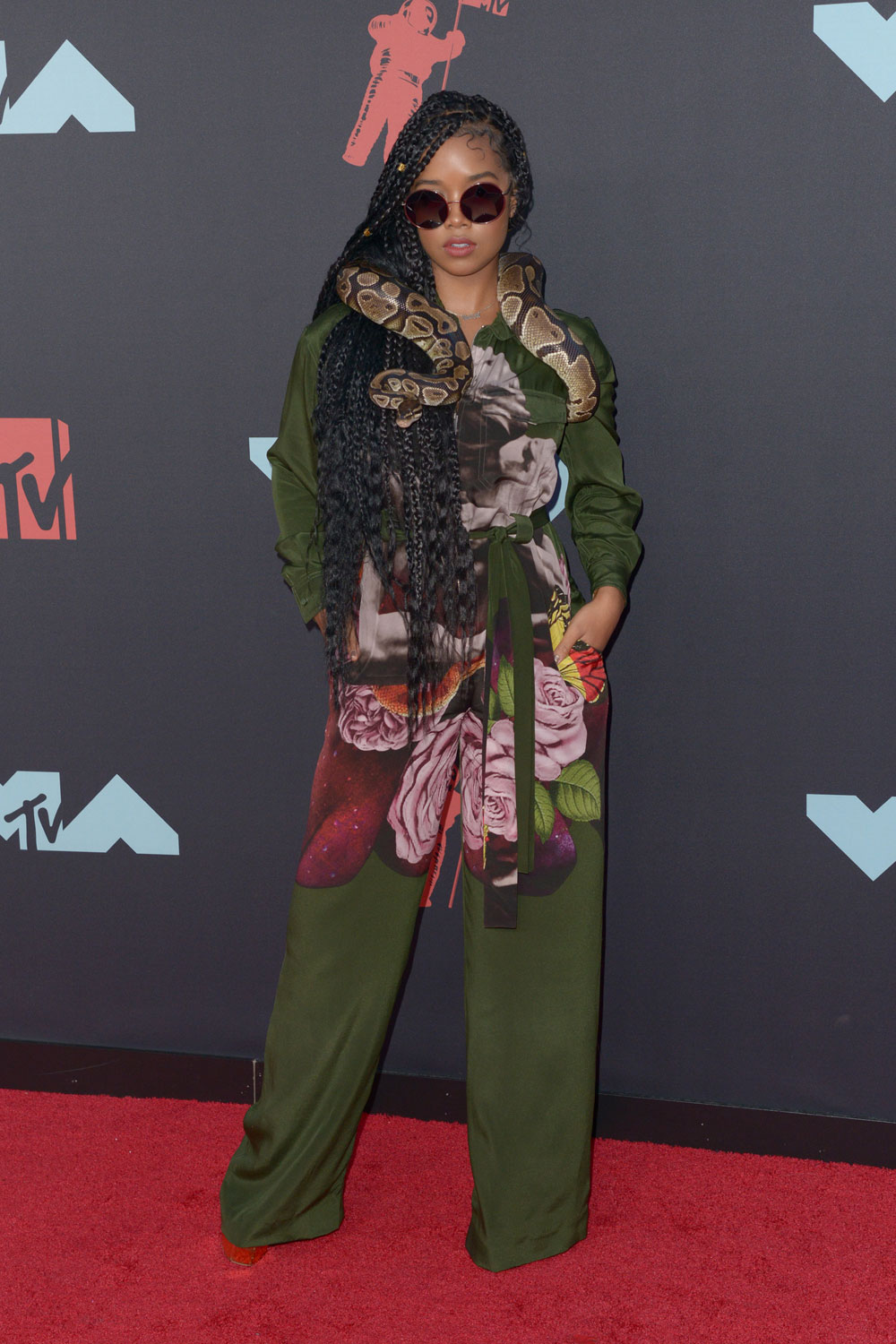 Here’s Spanish singer Rosalia, she did “A Ningun Hombre,” “Yo x Ti, Tu x Mi” & “Aute Cuture” and you can see that performance here. I’m not familiar with her but she has pipes. I also like what she said when she was presenting, that she sings in Spanish and is from Spain. There were a lot of pointed and necessary references last night to the artists being immigrants. 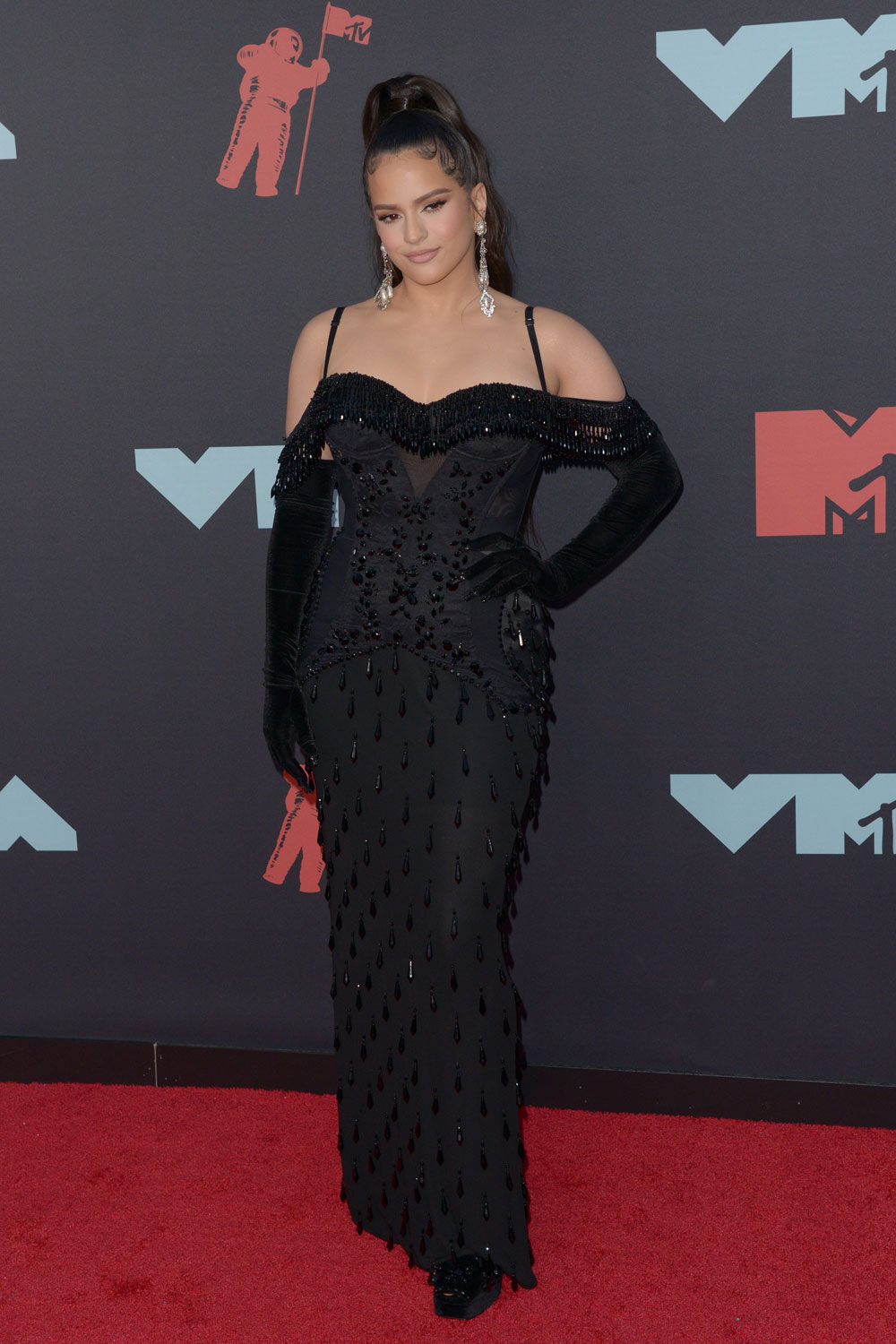 35 Responses to “Normani is going to be the next big thing, did you see her moves at the VMAs?”