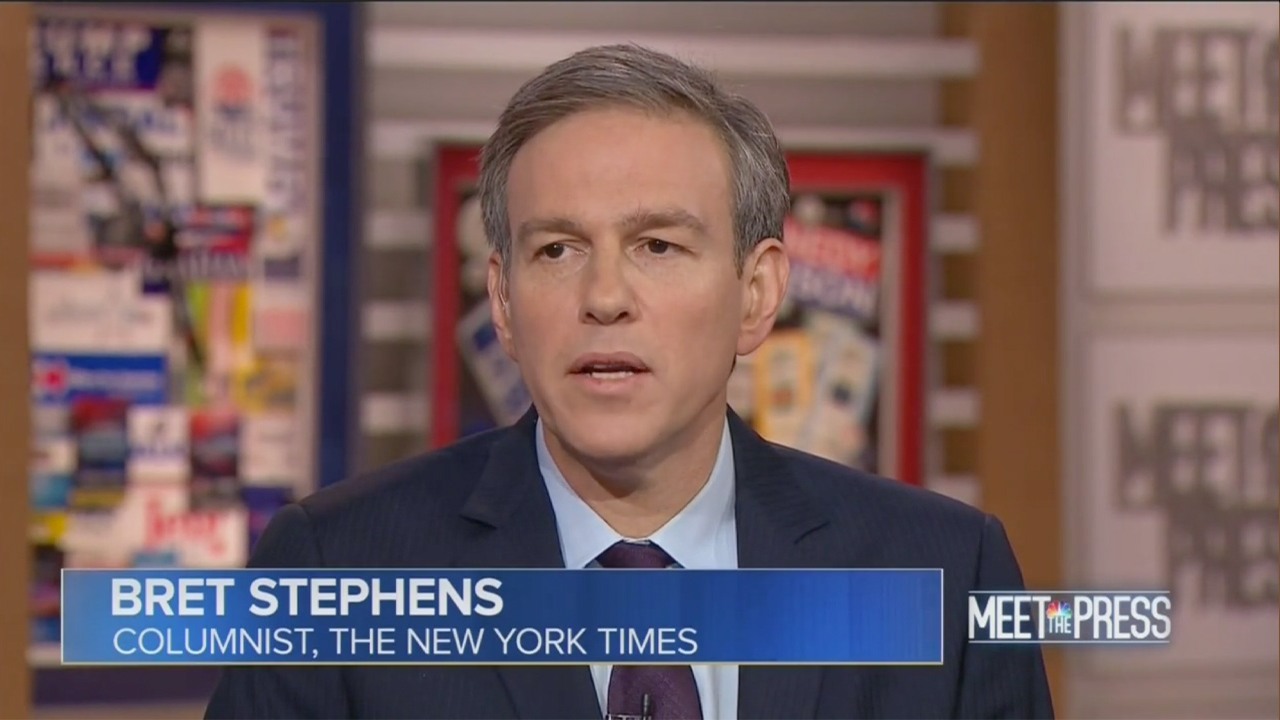 As we’ve discussed before, we used to have an site-subscription to the New York Times. CB cancelled that sh-t during one of the NYT’s “Nazis are just like us, they like cats and pasta!” trend pieces. Which is to say, I’ve never read one thing by NYT columnist Bret Stephens. I trust that he’s an a–hole. He’s apparently one of the “conservative voices” on the NYT’s op page. Just from a few minutes of online research, I see that he said some skeptical words about Trump once, and that he’s a climate-change-denier and that he hates Millennials. Add one more thing to your Random Knowledge memory banks: he’s the kind of person who obsessively searches his name on Twitter, freaks out when someone makes a silly joke at his expense, and then contacts the jokester’s employer to get the guy fired. For real. This was the joke that started everything:

Which is funny! And it’s just a silly NYT joke, which is funny because the New York Times is a clown show already. But then this happened:

This afternoon, I tweeted a brief joke about a well-known NYT op-Ed columnist.

He just emailed me, cc’ing my university provost. He is deeply offended that I called him a metaphorical bedbug.

Dr. Karpf also tweeted a copy of the email!!

So that’s why “Bret Stephens” has been trending on Twitter for much of the past 16 hours or so. Because Bret Stephens is a clown who doesn’t like bedbug jokes. Honestly, I’d love it if someone I joked about (on Twitter) tried to contact Celebitchy to complain. She would laugh her ass off.

People keep clowning on Bret Stephens. WHO IS NOT A BEDBUG, HOW DARE YOU.

I am posting this everywhere today pic.twitter.com/75PIUGkMKa

Photos courtesy of Meet the Press.