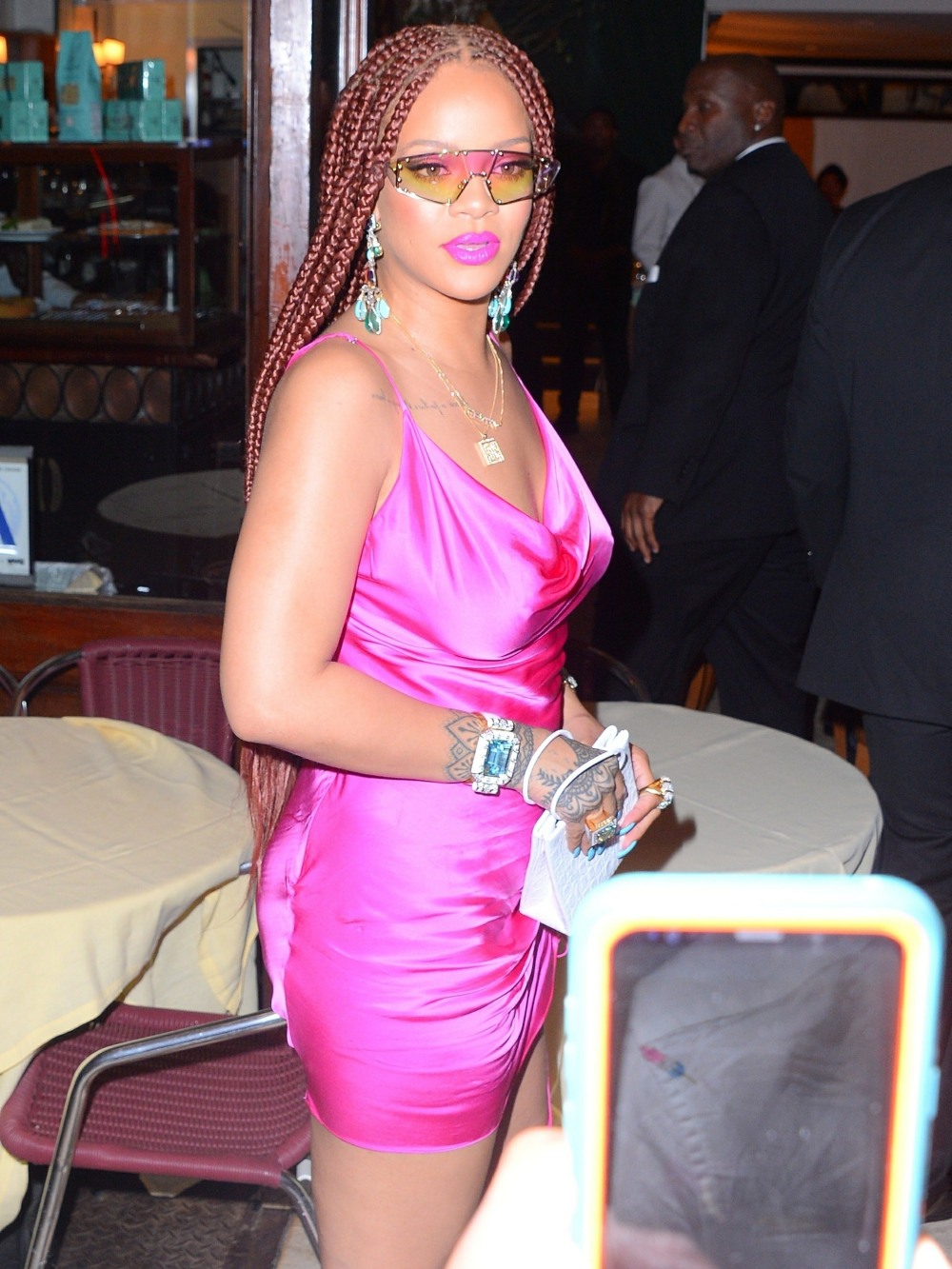 Rihanna has been widely applauded for creating Fenty Beauty and Savage X Fenty lingerie. Rihanna is a businesswoman, a creator, an empire and a boss. She’s also running a f–king scam on consumers, and it’s a familiar scam that too many female consumers fall for. DO NOT EVER buy from a site where you have to pay a membership fee. DO NOT. You shouldn’t have to PAY for the privilege of shopping at a particular shop or site. But that’s exactly what Rihanna’s done with her Savage X Fenty line – customers are paying $50 A MONTH just to get “VIP deals” and “VIP offers.” Even if you don’t buy something in a given month, you are still charged the $50 VIP membership fee. Vox explains the scam:

On the consumer review site Trust Pilot, Savage X Fenty has close to 1,300 reviews, 25 percent of which rate the store “average,” “poor, or “bad” — and many of those are about the membership fee. The review labeled by Trust Pilot as “Most helpful” reads in part, “I checked my account today and realized I was charged for three months, entered into an absurd contract without my knowledge and am being charged an absurd amount of money a month.”

So I retraced my steps. I went back to the Savage X website, which is absolutely covered with deals labeled “New VIP Offer,” and new arrivals that are VIP-only. A good chunk of the items in the store are only available if you’re a VIP, meaning you have to sign up for the membership before you can purchase them. But even if you limit your browsing to other items — often simpler, less flashy underwear and bras and nighties, framed less as something Rihanna herself had a hand in creating especially for you — clicking on any VIP promotions pushes you to become a member as well. For example, click on the “2 for $29” bralette deal and a Savage X Monthly Membership is automatically added to your cart to activate the discount. You don’t pay for the membership until it’s automatically charged to your card at a later time.

In fact, even if you don’t click on anything VIP at all, and simply add a product that initially appears full price, the site will still automatically add a Savage X Monthly Membership and a VIP discount. The membership program is explained in a lengthy sidebar next to the cart, and you can delete it from your cart as you would delete any item. But if you don’t stop to read what might be considered by shoppers to be an irrelevant wall of text, you’re likely to end up with a recurring monthly charge of $49.95 for as long as it takes you to notice. There’s also no guest checkout, which means everybody who buys anything has to set up some level of an account.

Even once you know you’re enrolled in a membership program, the system is somewhat strange. You can opt out of paying the fee at the start of any given month, but only if you don’t plan on buying anything. If you don’t opt out but also don’t buy anything, the fee rolls over as store credit. “The choice to shop is yours!” the information page explains. “Shop, or log into your account to ‘Skip the Month’ by the 5th of each month and you won’t be charged. If you don’t ‘Skip,’ your payment method will be charged $49.95 on the 6th of each month and you will receive one VIP Member Credit valued at $49.95.”

“You don’t pay for the membership until it’s automatically charged to your card at a later time.” That’s how you know it’s a scam. If you were charged the $50 fee when you were trying to check out and pay for your purchases, then many people would backtrack their steps and read the fine print and figure out what that whole VIP membership deal is. Some shopping sites do this, and it’s not like Savage is the only one – Kate Hudson’s Fabletics is also a membership-shopping site. It’s a con. If you need new workout clothes every month, you’re doing it wrong. If you need new panties every month, you’re doing it wrong. And if you’re Rihanna and you’re scamming customers out of $50 a month, you’re doing it wrong too. I hope to God she fixes this sh-t because it’s not a good look.