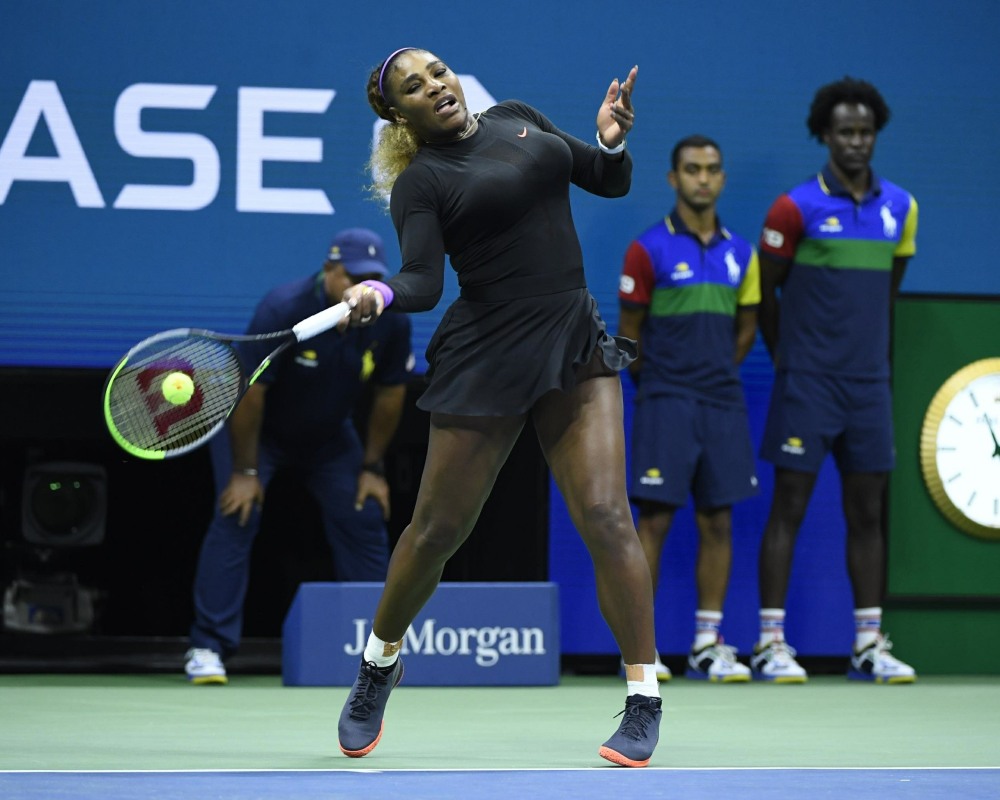 Serena Williams was apparently not happy about the schedule for her late-night second round match. I agree – if Serena has to play at night (and she should!), then she needs to go on first, at 7 pm, rather than “whenever Novak Djokovic finishes.” Especially since Djokovic’s match was shambolic with his multiple medical timeouts (just FYI: Novak’s shoulder is f–ked and Novak isn’t repeating his title here). So, Serena started later than she would have liked. And she was playing someone she had never played before, a 17-year-old American named Catherine “Caty” McNally. Yes, McNally isn’t even HALF Serena’s age. McNally gave Serena the proper deference in the pre-match interview, calling Serena “the GOAT.” Then this child proceeded to dance around to distract Serena as Serena tried to serve. NOPE. Serena dropped the first set to the teenager, but then Serena worked her way back and found a way to win the next two sets:

(Also, I loved her mini-catsuit in the first round, but this dress was cute too. Nike has been doing okay for Serena this year!)

To be fair, Serena didn’t seem as *sharp* as she did for the first-round match against Maria Sharapova. And to be fair, McNally was nervous at the start, but she was playing well and serving big. Hopefully, Serena will work her way into this mess of a draw.

So far, the only legend of the game without any difficulties seems to be Rafael Nadal? Roger Federer has had two very slow starts in both of his matches, spraying errors all over the place and dropping the first sets in both matches. Djokovic seems like he’s in serious pain and I wouldn’t be surprised if he loses or retires in the next round or the round after that. Venus Williams is out already too – she had a hellish draw and lost to top-ten player Elina Svitolina yesterday. Ugh. Tough days to be a GOAT.

"Why are you missing?!" Serena yells at her racquet. #usopen

“Serena, you made way too many errors today. What were you thinking?” 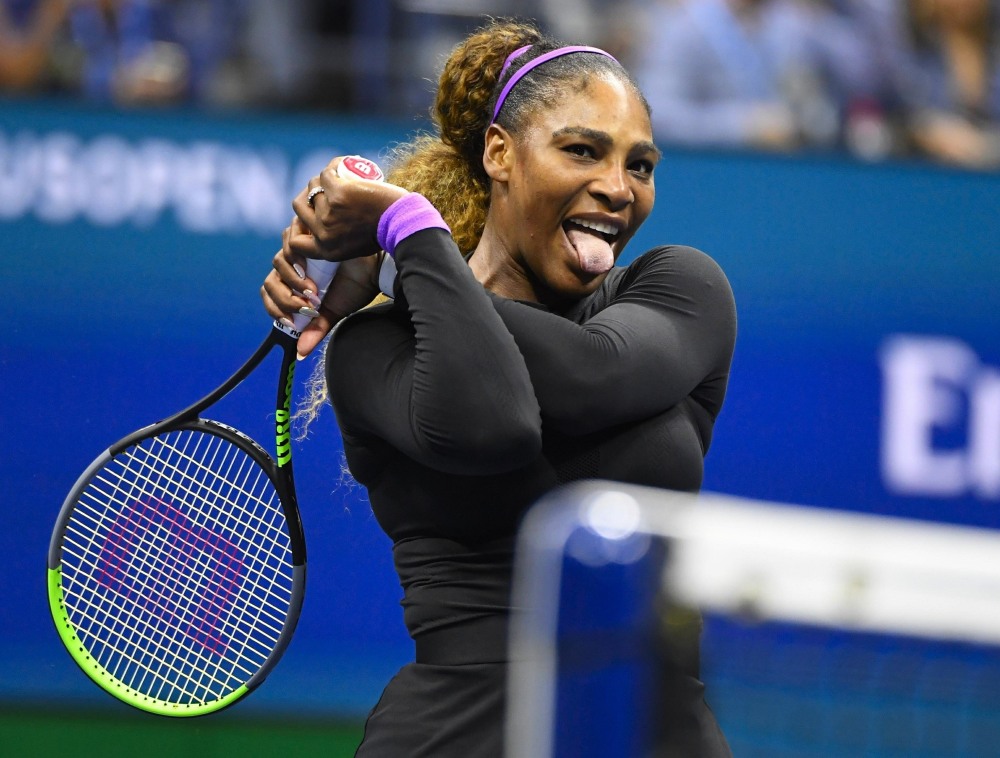 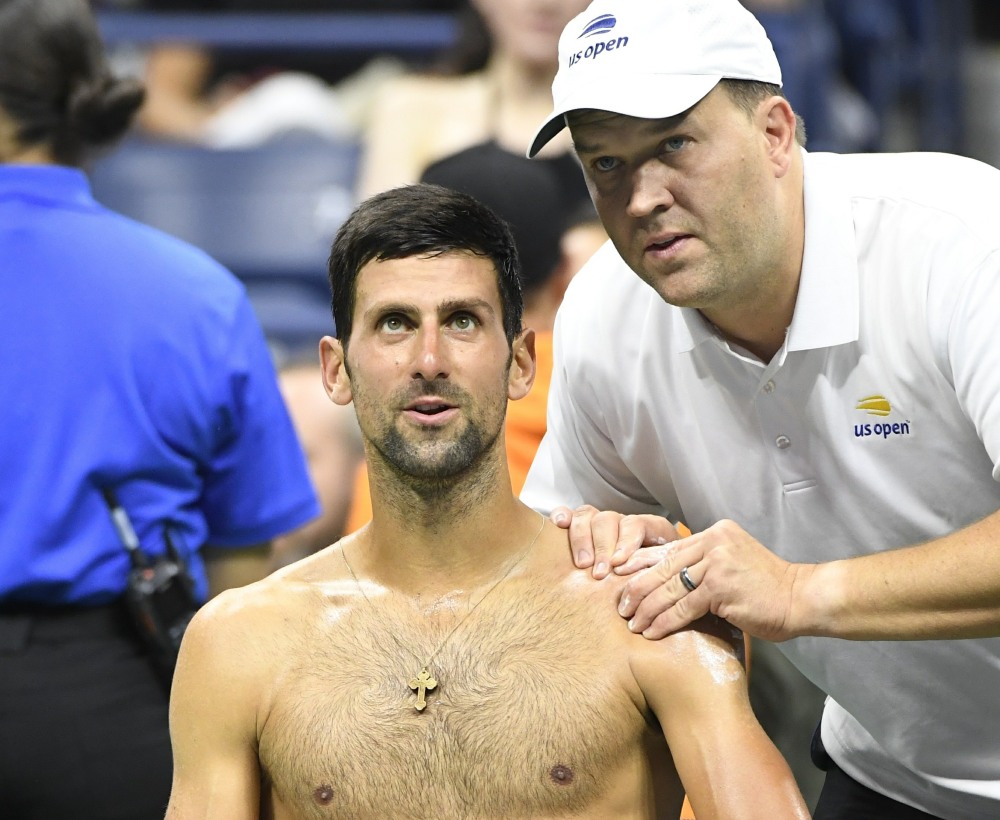 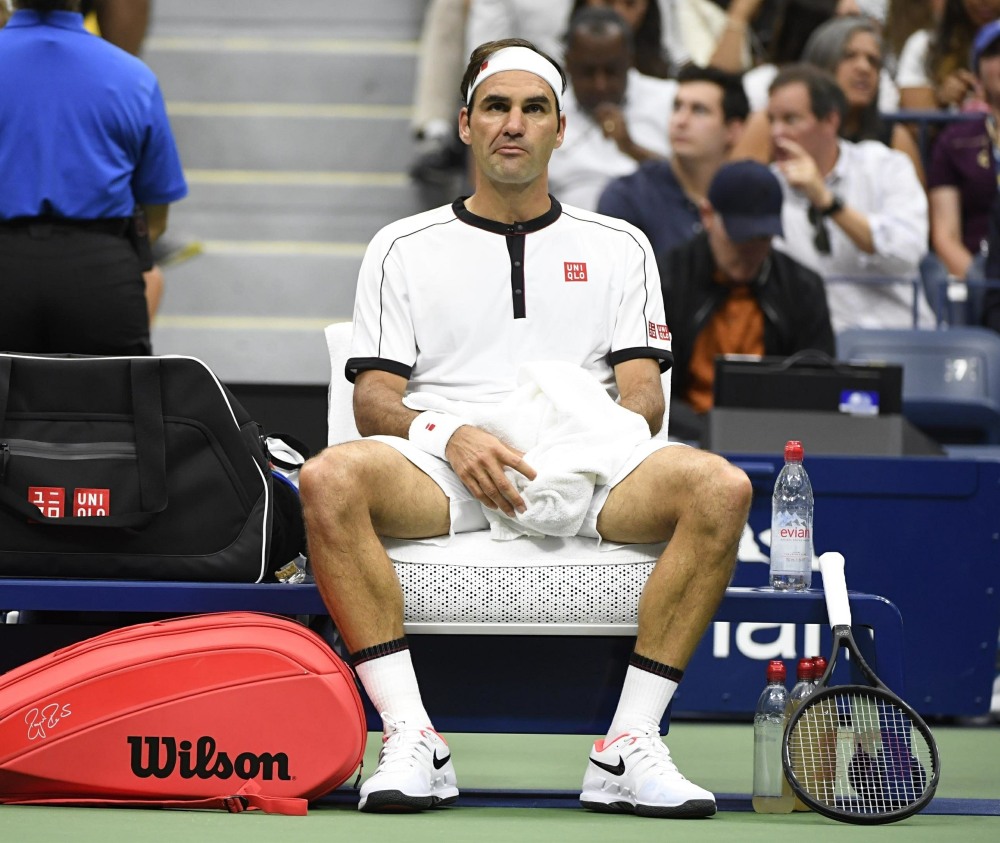