Liv Tyler in Givenchy at the Venice ‘Ad Astra’ premiere: lovely or cheap? 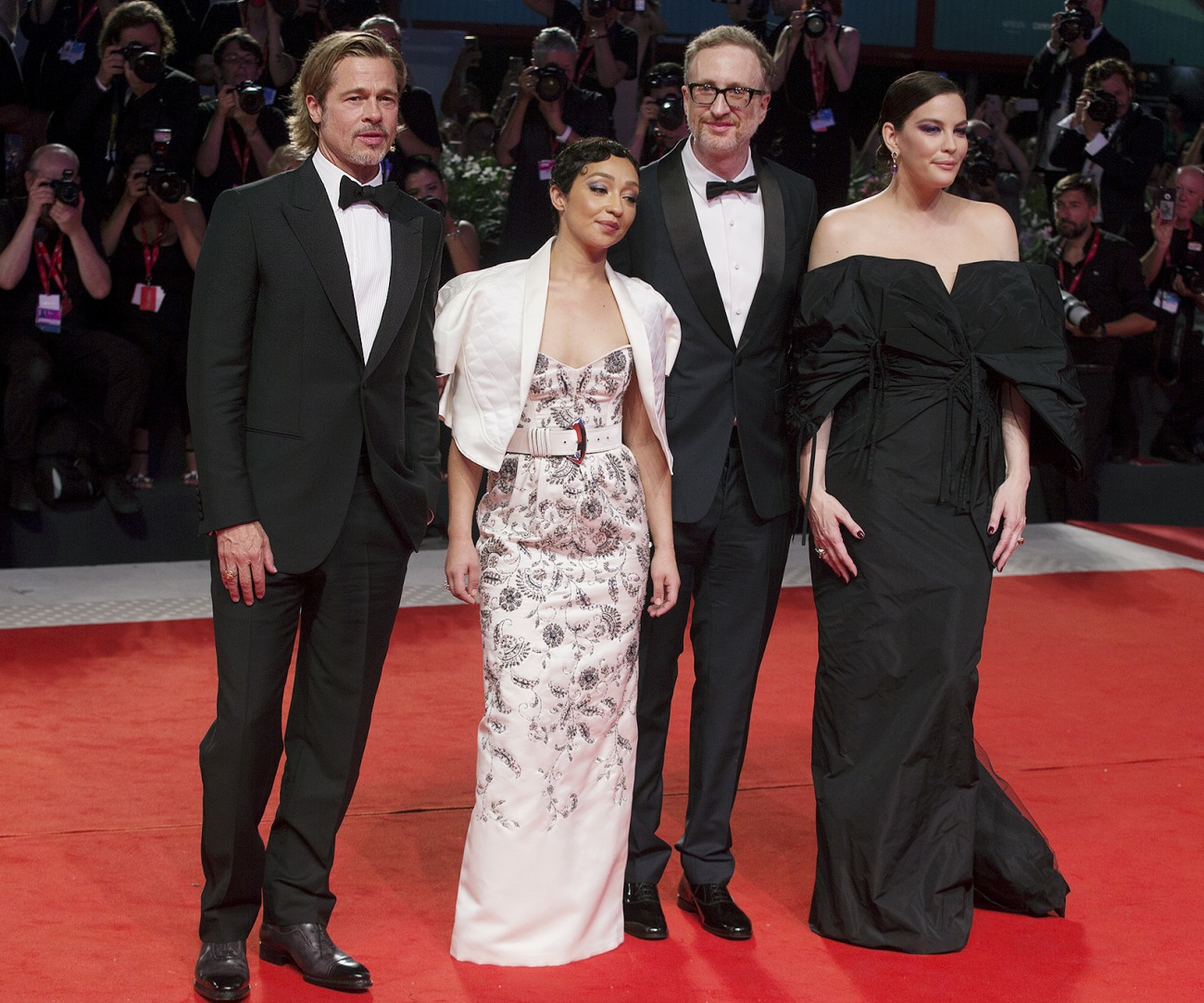 Here are some photos from last night’s Venice Film Festival premiere of Ad Astra, aka Brad Pitt’s Melancholic Masculinity In Space Movie. That’s too wordy, which is why they named it Ad Astra. This was really the first time I’ve seen Brad on a red carpet where I felt like… damn, Brangelina is no more. Back in the day, Angelina would have been there and they would have posed like crazy with his hand on her ass. As it was, he looked like he didn’t know what to do with his hands or how to pose solo.

So, basically, his female costars were much more interesting on this red carpet. Liv Tyler plays his wife in Ad Astra, and she wore this crinkly Givenchy gown which… this is taffeta, right? And it looks like cheap taffeta. I’m sure this dress costs thousands of dollars, but wow is this bad fabric. Ruth Negga wore a custom Louis Vuitton gown – I could have done without the quilted jacket/cape, honestly. The dress would have been lovely enough on its own. 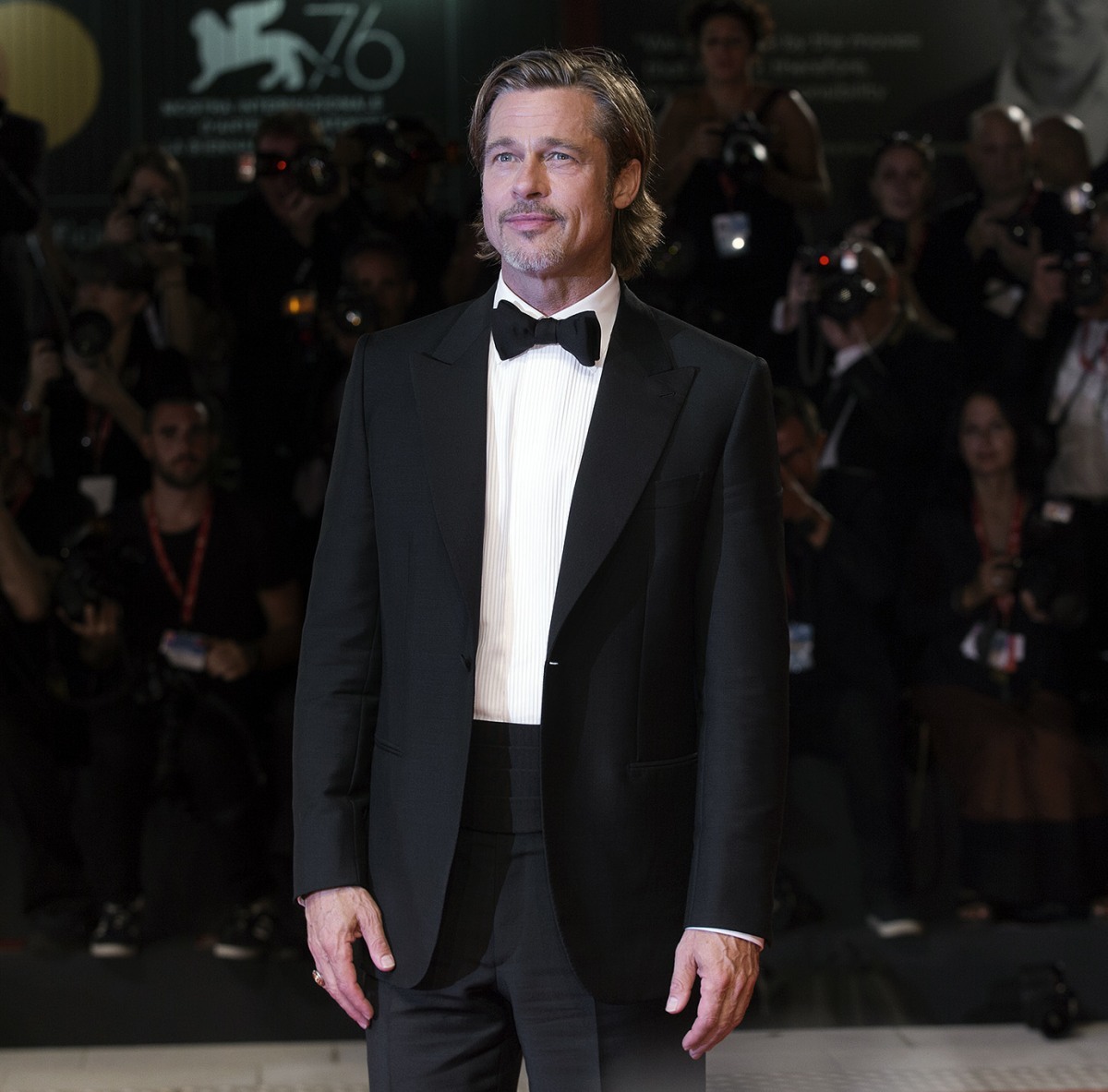 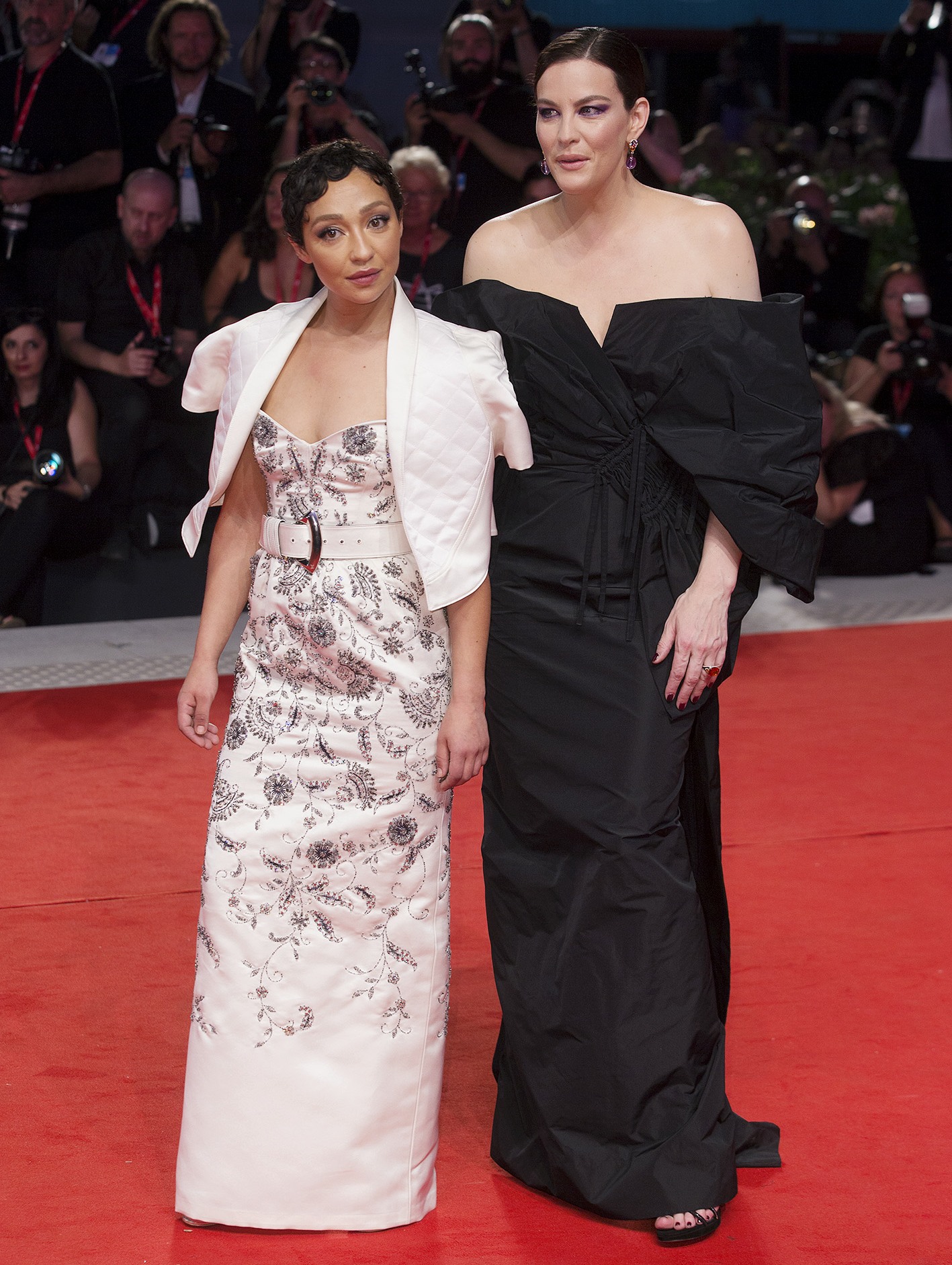 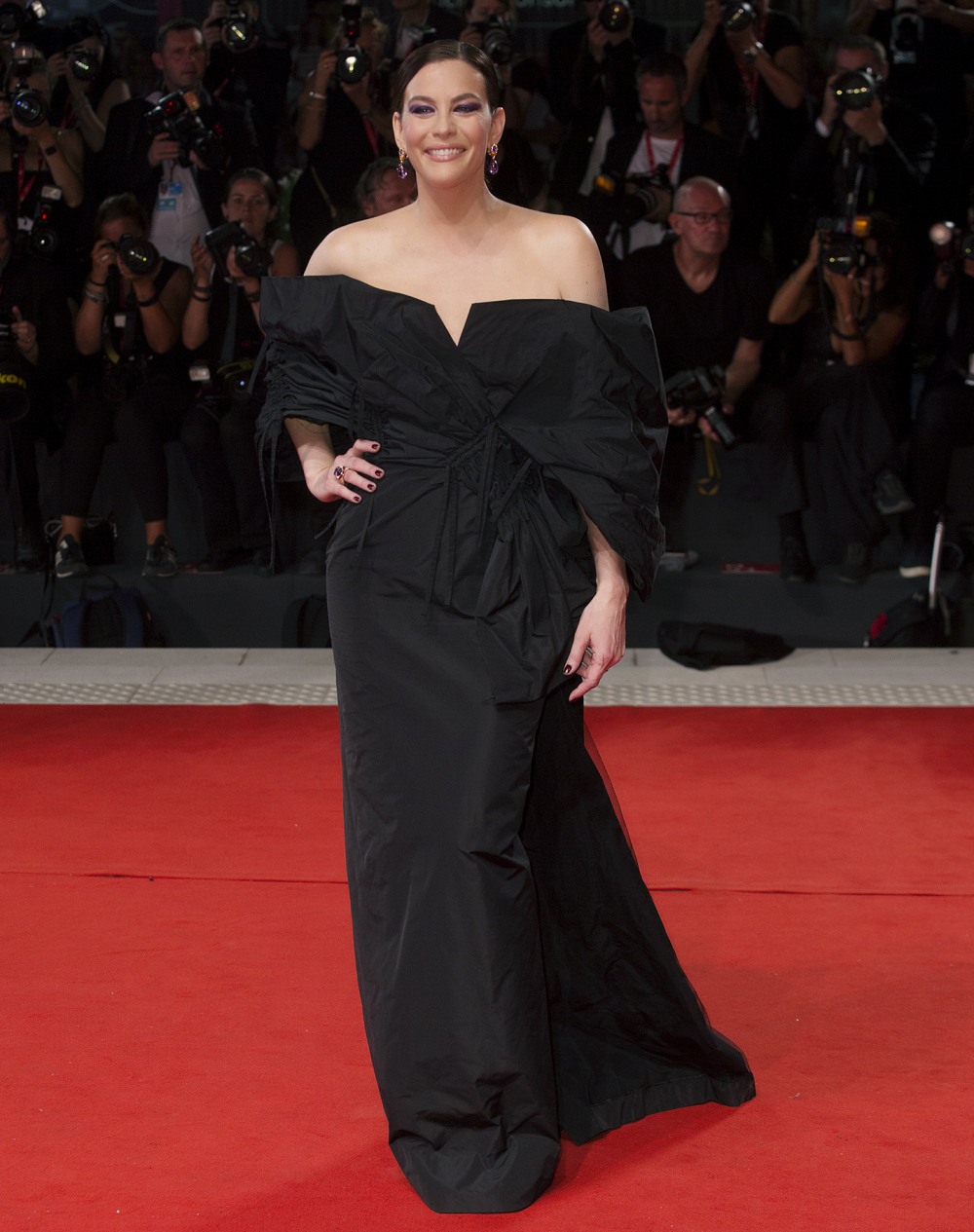 Here are pics from the photocall in Venice. Liv wore Stella McCartney, and the shoulders, sleeves and neckline are all wrong here, but the fabric is sort of interesting. Ruth wore a Louis Vuitton Cruise jumpsuit, and she looked cute as hell. 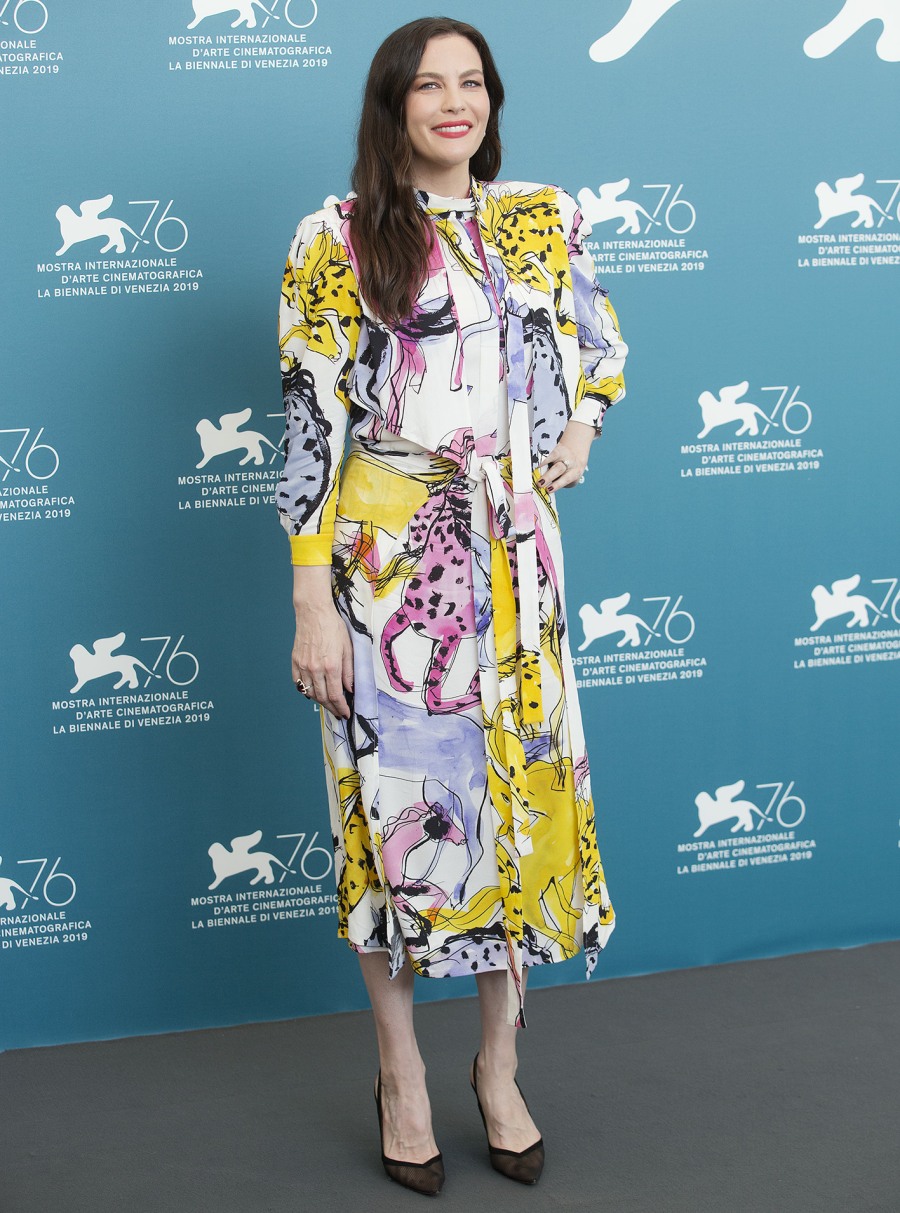 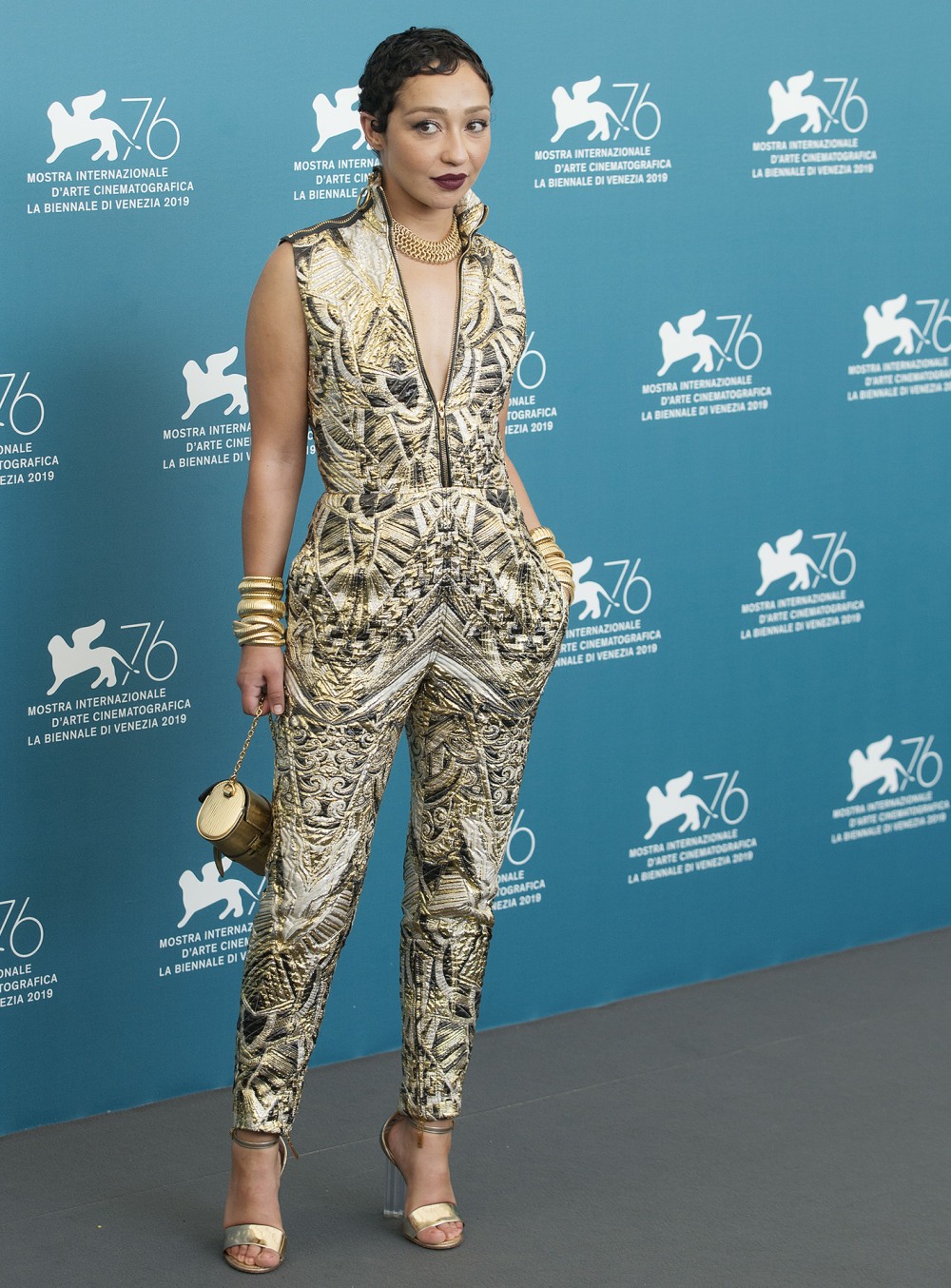 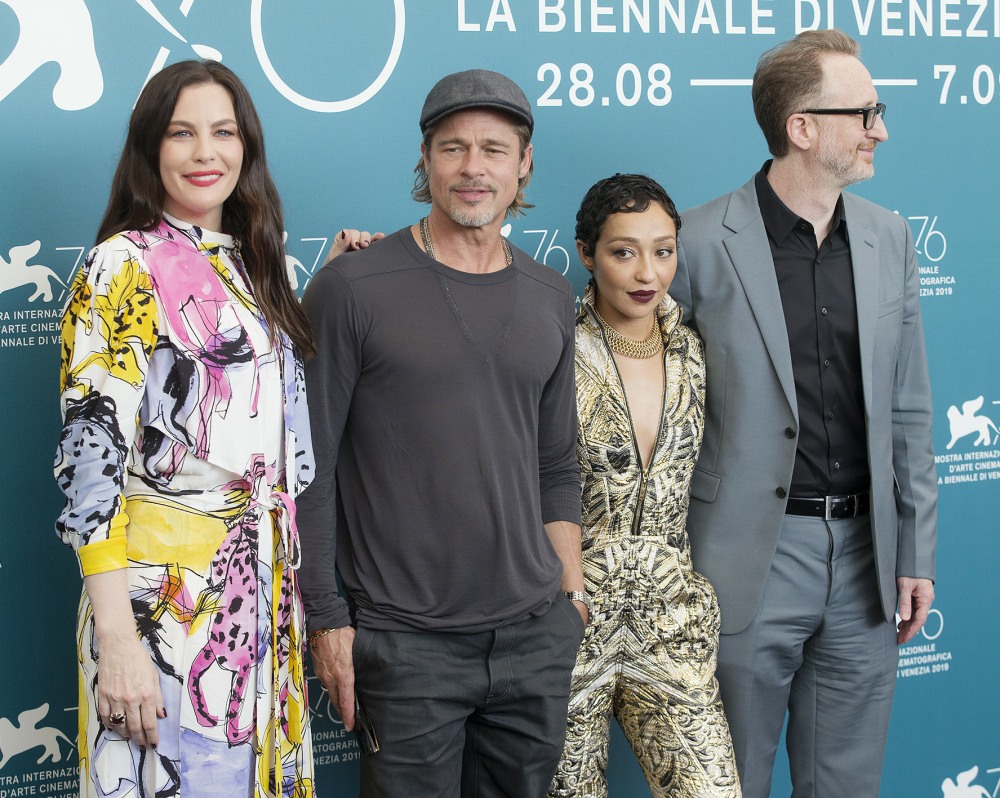 56 Responses to “Liv Tyler in Givenchy at the Venice ‘Ad Astra’ premiere: lovely or cheap?”