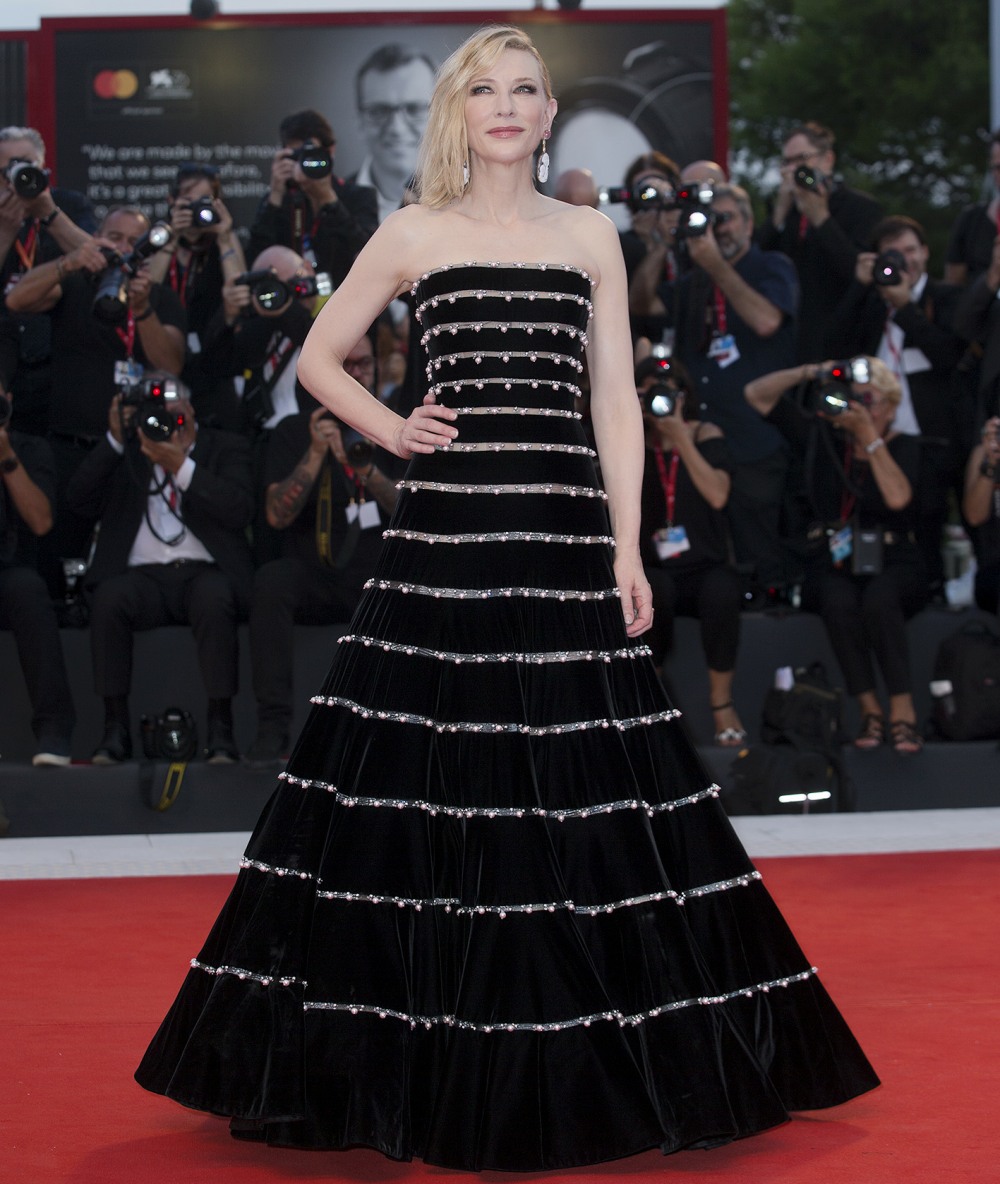 I’ll keep saying this: this year’s Venice Film Festival is better than the past two years of Cannes Film Festival coverage. The festival selections are better, the attendees are more fashionable and there are more A-listers in Venice than there were in Cannes. Venice is also doing the old-school Cannes thing of inviting models and random actresses to show up as part of various sponsorships with beauty companies, fashion labels or jewelry houses. All in all, Venice has been glam as hell. So here are some fun fashion photos from the past few days. Cate Blanchett came out for the premiere of Joker, likely as part of her Armani contract (she’s the face of an Armani fragrance). She wore Armani Prive and I kind of hate this? The skirt is way too stiff. 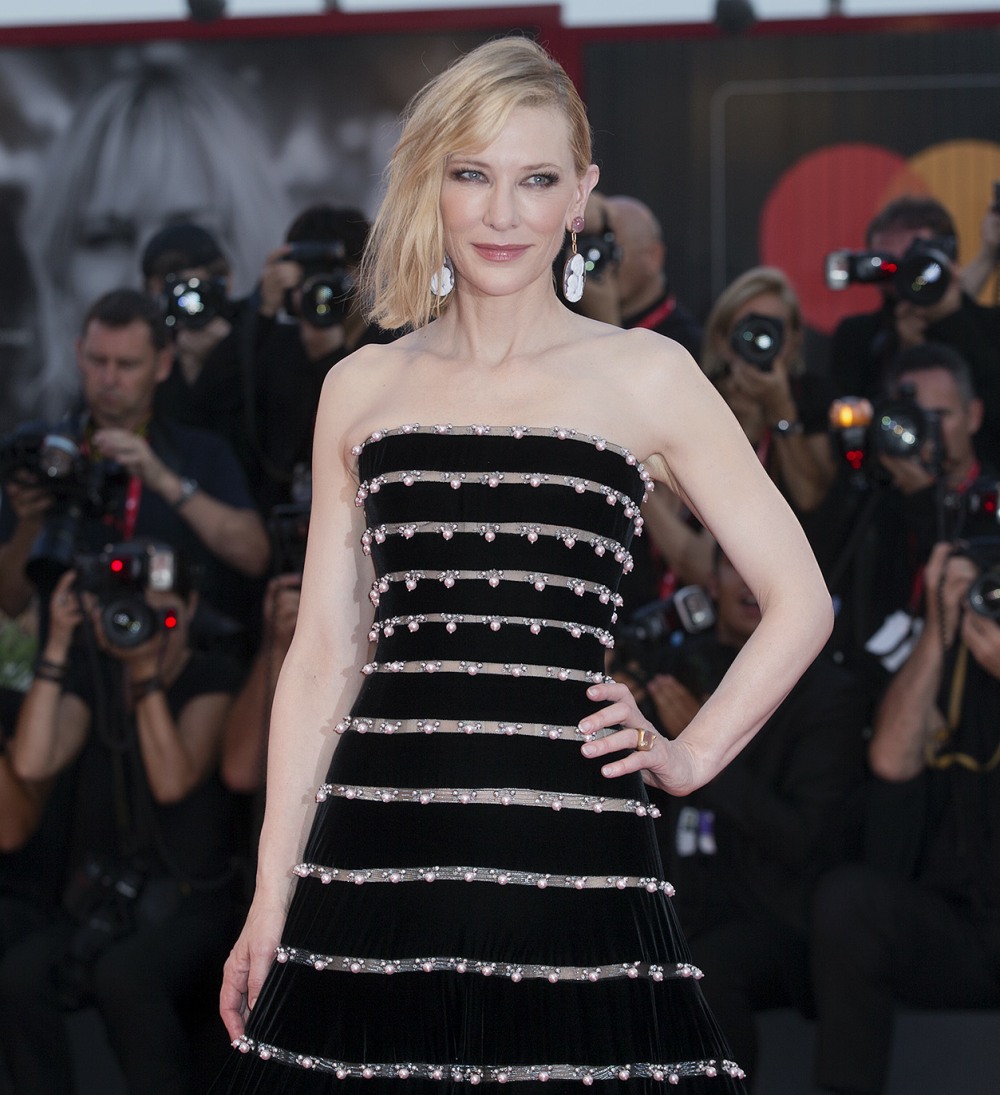 Penélope Cruz in Ralph and Russo. Penelope will just always have that showgirl style, right? She loves “explosions of tulle.” She loves rhinestones and spangles and sparkly things. This is very on-brand for her. 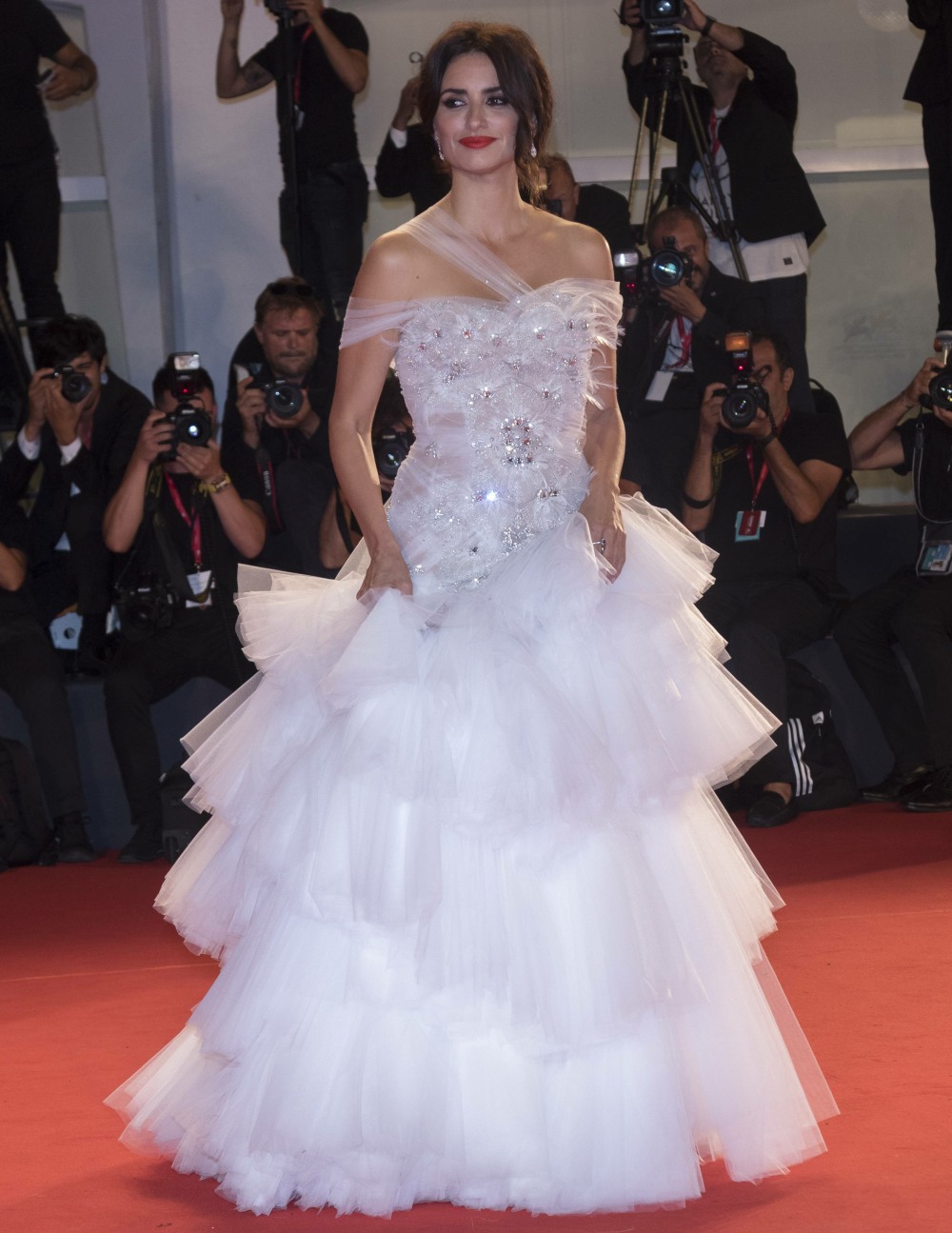 Call me crazy, but I friggin’ love Sienna Miller in this Gucci muumuu. It feels very Indian-influenced and I’m into it. 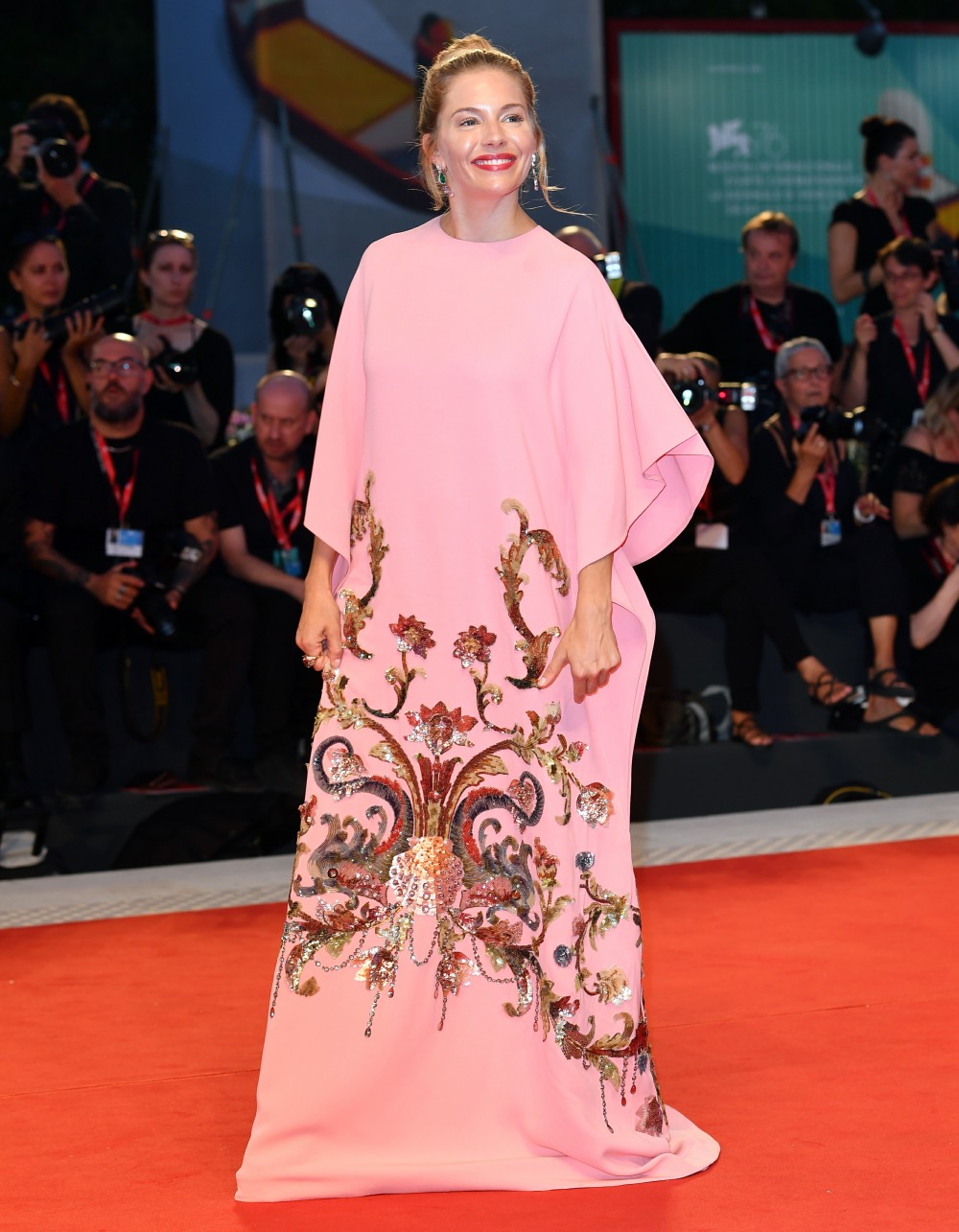 When Sack Dresses Go Wrong: Meryl Streep Edition. This is Givenchy and it looks… comfortable, I guess. The fabric is actually rather pretty but the design is so bad. 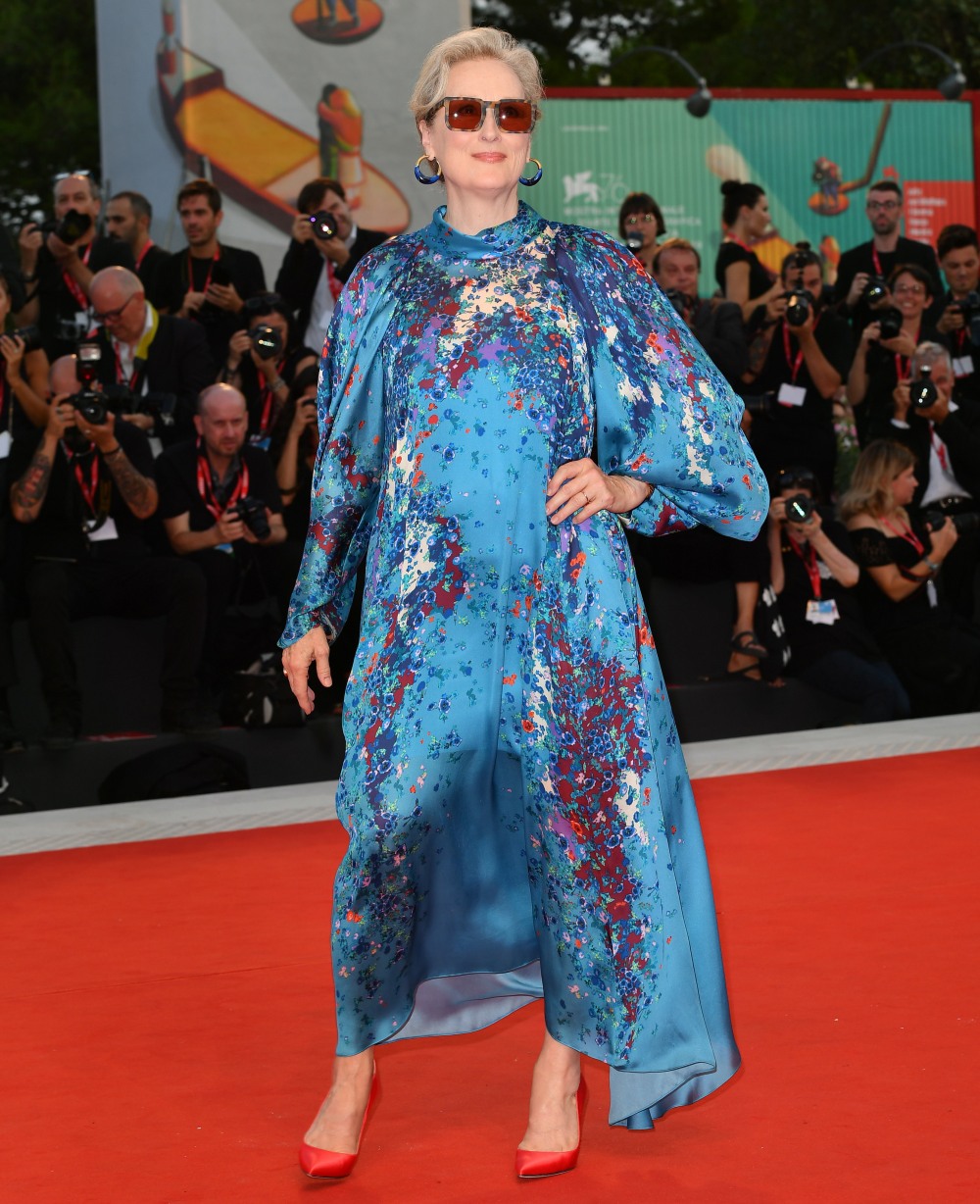 Zazie Beetz in Valentino… I kind of love this? Is that weird? There’s too much fabric up top but I genuinely think this looks cool. 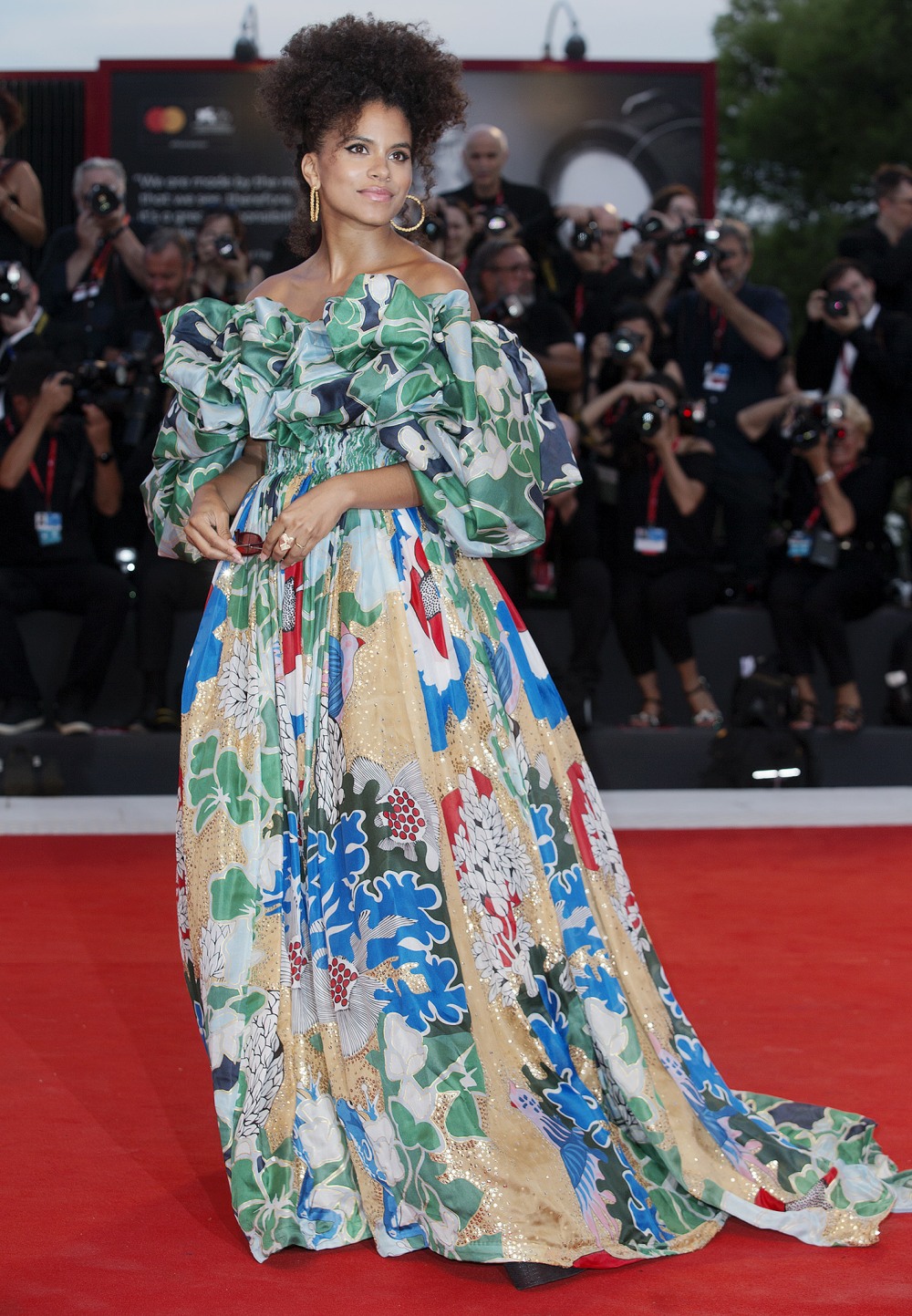 Bella Thorne was there with her new boyfriend Benjamin Mascolo. She wore a see-through Philosophy di Lorenzo Serafini dress. I mean… she got some headlines, which was the point. 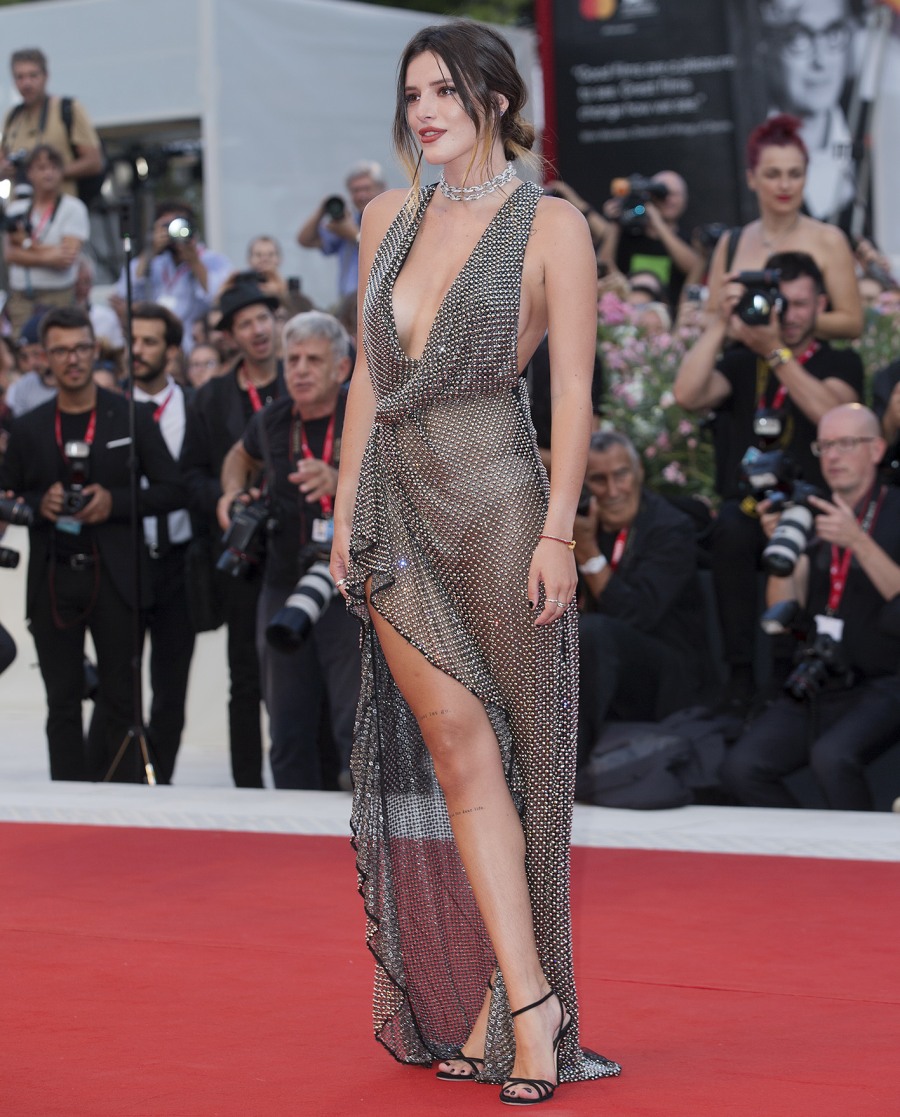 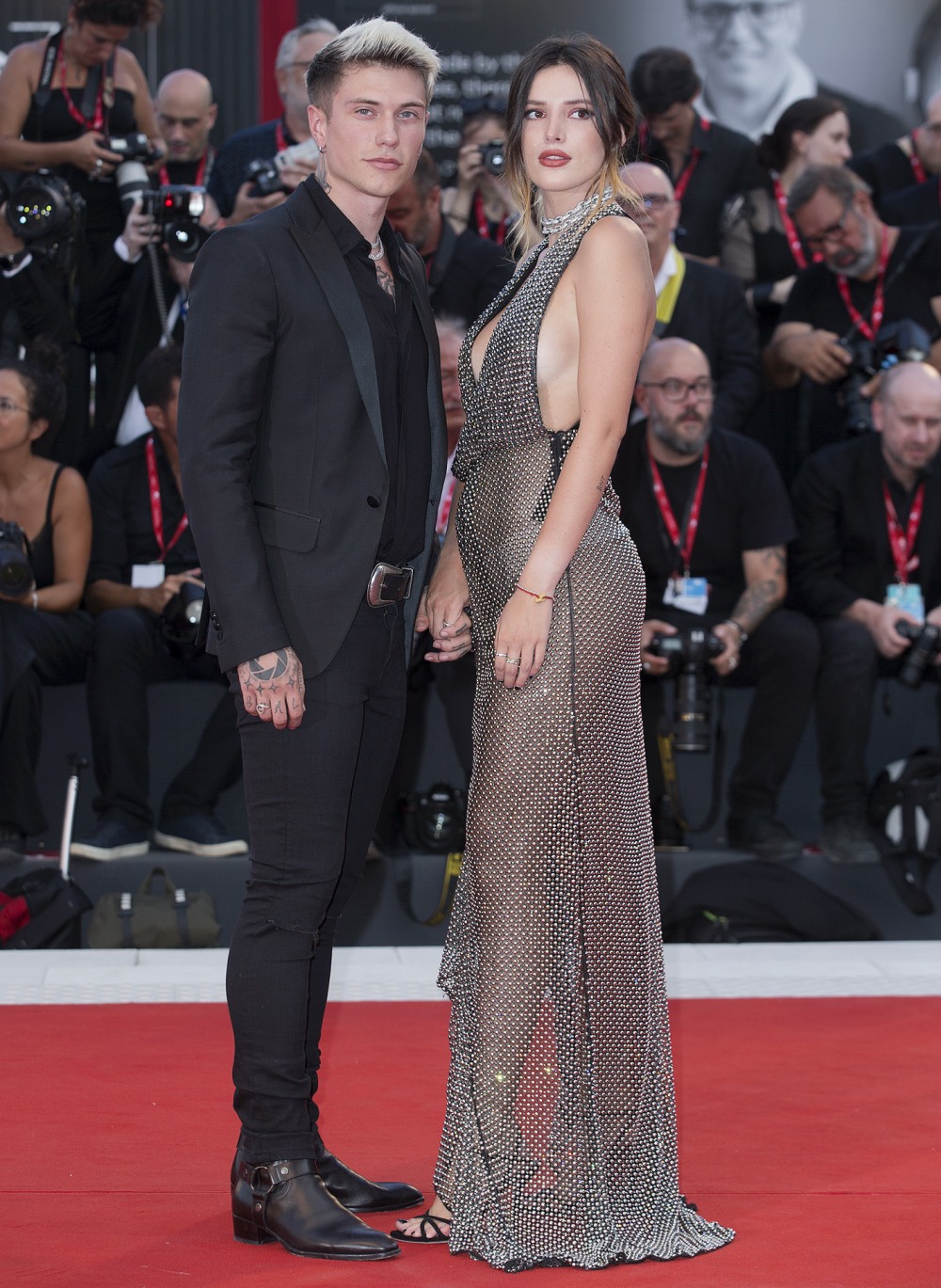 Barbara Palvin in Armani. LMAO. Do you think Armani green-lighted the pink bow, or did she add that after the fitting? She looks like she picked that up at CVS. 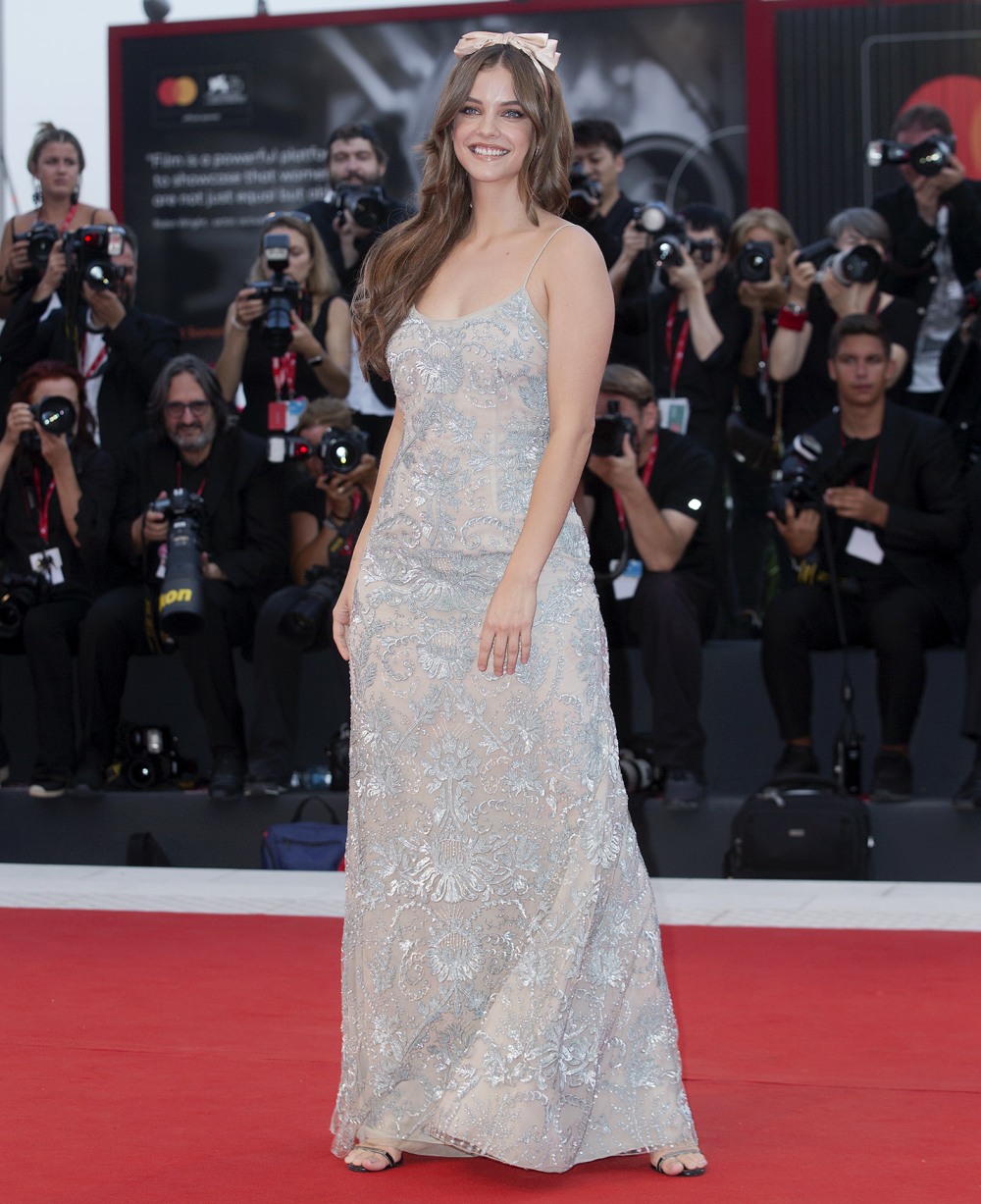 14 Responses to “Cate Blanchett in Armani at the Venice Film Festival: stiff & unflattering?”