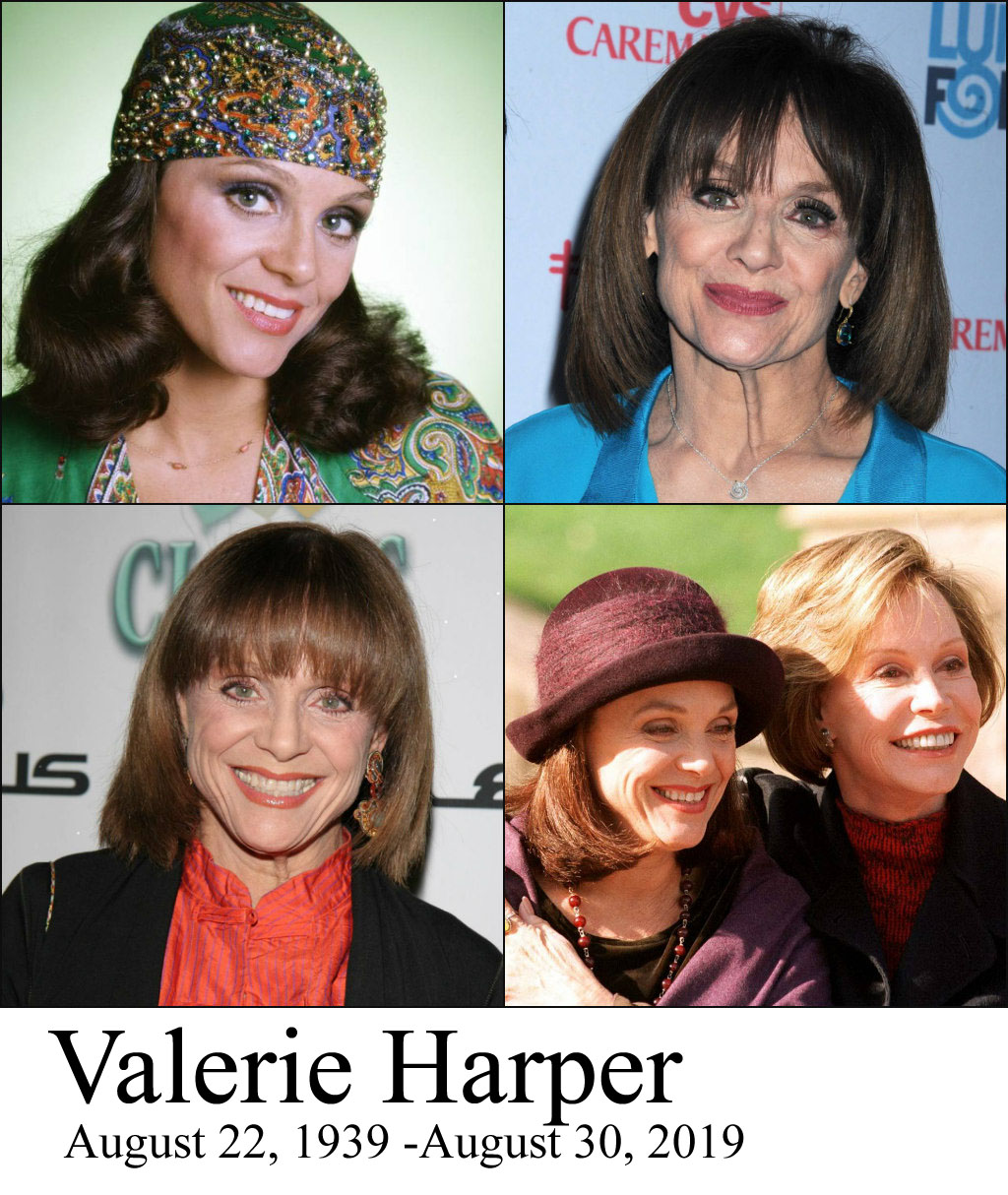 My breath caught in my throat when I saw this devastating (though, sadly, not unexpected) news on Friday night. Beloved icon Valerie Harper has passed away after a battle with brain cancer. She was 80. People has a thorough tribute for Valerie:

Valerie Harper, who played one of TV’s most popular and enduring characters — the constantly dating, constantly dieting Rhoda Morgenstern — for nearly a decade starting in 1970, has died, PEOPLE confirms. She was 80.

Harper’s daughter Cristina Harper Cacciotti spoke out about her mother’s death on behalf of her father Tony Cacciotti on Twitter writing, “My dad has asked me to pass on this message: ‘My beautiful caring wife of nearly 40 years has passed away at 10:06 a.m., after years of fighting cancer.’”

“She will never, ever be forgotten. Rest in Peace, mia Valeria. — Anthony.”

Harper had been battling a number of health issues over the past few years, including leptomeningeal carcinomatosis, lung cancer and brain cancer.

People wrote of her taking on the role of her most famous character, Rhoda Morgenstern:

Once she debuted as the kooky neighbor from New York on The Mary Tyler Moore Show in 1970, Harper liked to say, “People identify with Rhoda because she’s a loser” — a claim that the actress would soon have to deny.

Though the CBS Saturday night sitcom was not a ratings hit its first season, Harper took home the Emmy for Best Supporting Actress. After that, the show remained solidly in the top 10 for years, and Harper won two more supporting actress awards.

From that success came the 1974–78 spin-off Rhoda and a Best Actress Emmy. When Rhoda got married, on October 28, 1974, the special hour-long episode shattered ratings records with 52 million viewers — more than half of America’s entire viewing audience.

In 2017, Valerie revealed that when she was diagnosed with brain cancer in 2013, she had been given three months to live. In 2014, she had told People that “she was at peace with her diagnosis”:

“I’m ready. I’m ready to go,” she said. “Maybe that’s the secret. That I’m absolutely — I don’t want to, my God, I want to live to be 102. … But I am not banking on anything, really, because we shouldn’t. We don’t know what’s around the corner. I think you just take each day and get the best out of it and do what you can and have fun.”

CBS also has a nice story about Valerie. Ed Asner, Valerie’s costar on The Mary Tyler Moore show shared a picture of himself and Valerie on Twitter. Ed wrote a sweet note about his friend passing.

I’m glad that Valerie was able to make peace with her death, but my heart aches for her husband, her daughter, the rest of her family, her friends, and her fans. Rest in peace, Valerie.

Here’s Valerie telling Larry King in 2002 how she got the part of Rhoda:

My dad has asked me to pass on this message: “My beautiful caring wife of nearly 40 years has passed away at 10:06am, after years of fighting cancer.

She will never, ever be forgotten. Rest In Peace, mia Valeria. -Anthony.”