This seems like bad news for Boris Johnson, but who even knows at this point? 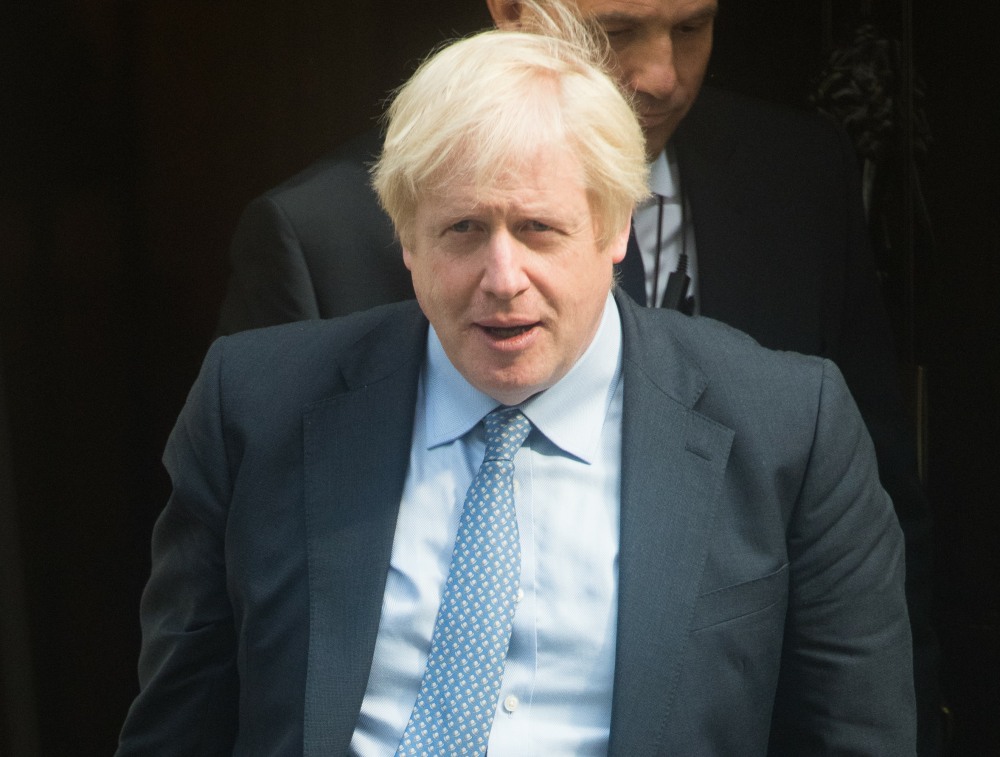 For years now, I’ve truly had no idea what is happening to Great Britain’s political system. Brexit threw everything into chaos in 2016 and I can’t keep up with – or even understand the fundamentals of – the elections and votes and prime ministers and whatever. I get that Boris Johnson is doing a massive power grab and he’s trying to shut down dissent about his push for a no-deal “hard” Brexit. I also understand that the Queen has cosigned Boris Johnson’s scheme and that people are still having big conversations about what she should have done or what she could have done. Well… things are happening this week. I’m at a loss – I can’t summarize what’s happening. Hopefully this will make sense?

British Prime Minister Boris Johnson suffered a devastating loss Tuesday on his first key Brexit vote, setting up a legislative battle Wednesday that could lead to a snap general election. A rough day for Johnson, when 21 members of his own Conservative Party joined opposition lawmakers to take control of the parliamentary agenda and force a vote on a Brexit delay, concluded with the prime minister introducing a bill seeking a general election. He suggested he would seek action on that election bill if Parliament votes Wednesday to postpone Brexit by three more months.

“Parliament is on the brink of wrecking any deal we might be able to strike in Brussels,” Johnson said. “Because tomorrow’s bill would hand control of the negotiations to the E.U. And that would mean more dither, more delay, more confusion.” While denying that he wanted an election, the prime minister added, “If the House votes for this bill tomorrow, the public will have to choose who goes to Brussels on October 17 to sort this out.” That is the date British and European Union officials are scheduled to meet next.

Johnson was selected as leader of Britain in July through a vote involving only dues-paying members of his party. A general election — putting all seats in the House of Commons up for a vote — could either sink his government or give him a popular mandate for his promise to leave the E.U. by Halloween, “do or die.” The prime minister would need the support of two-thirds of Parliament to schedule an election, which could happen as soon as Oct. 14. It would be Britain’s third general election in five years.

Opposition Labour Party leader Jeremy Corbyn said his party was prepared to fight an election, but he first wanted Parliament to pass the delay bill and ensure that Britain won’t abruptly crash out of the E.U. in October without a deal to manage the withdrawal. Analysts say a “no-deal” Brexit could be economically damaging and lead to food and medicine shortages in Britain. Johnson has dismissed those predictions as fearmongering.

Johnson lost Tuesday’s procedural vote, 328 to 301. That capped a humiliating day for the prime minister, who was appearing before Parliament for only the second time since taking Britain’s top job. He was heckled mercilessly as he defended his hard-line Brexit stand.

Okay… so it’s bad news for Boris Johnson because he can’t even keep his Tory caucus in line, and if he doesn’t get what he wants, he’ll ask for a general election? Is that it? And if there is another general election, it could be as soon as, like, six weeks from now? But there’s some suggestion that if there is a general election, the Conservatives might retain power and BoJo’s position would be even stronger? Parliamentary systems are bonkers. I know our American system is bonkers too, so no judgment. I’m sorry, British peeps. From what I understand of this, it sounds like a f–king clown show.

Has anyone confirmed that Britain is real pic.twitter.com/qvLFBtEfw5

This is the moment MPs shout at @Jacob_Rees_Mogg to 'sit up' after his body language and attitude during the ongoing Brexit debate is criticised by Green Party MP @CarolineLucas.

The physical embodiment of arrogance, entitlement, disrespect and contempt for our parliament. pic.twitter.com/XdnFQmkfCS

152 Responses to “This seems like bad news for Boris Johnson, but who even knows at this point?”