Brad Pitt took things ‘as far I could take it, so I removed my drinking privileges’ 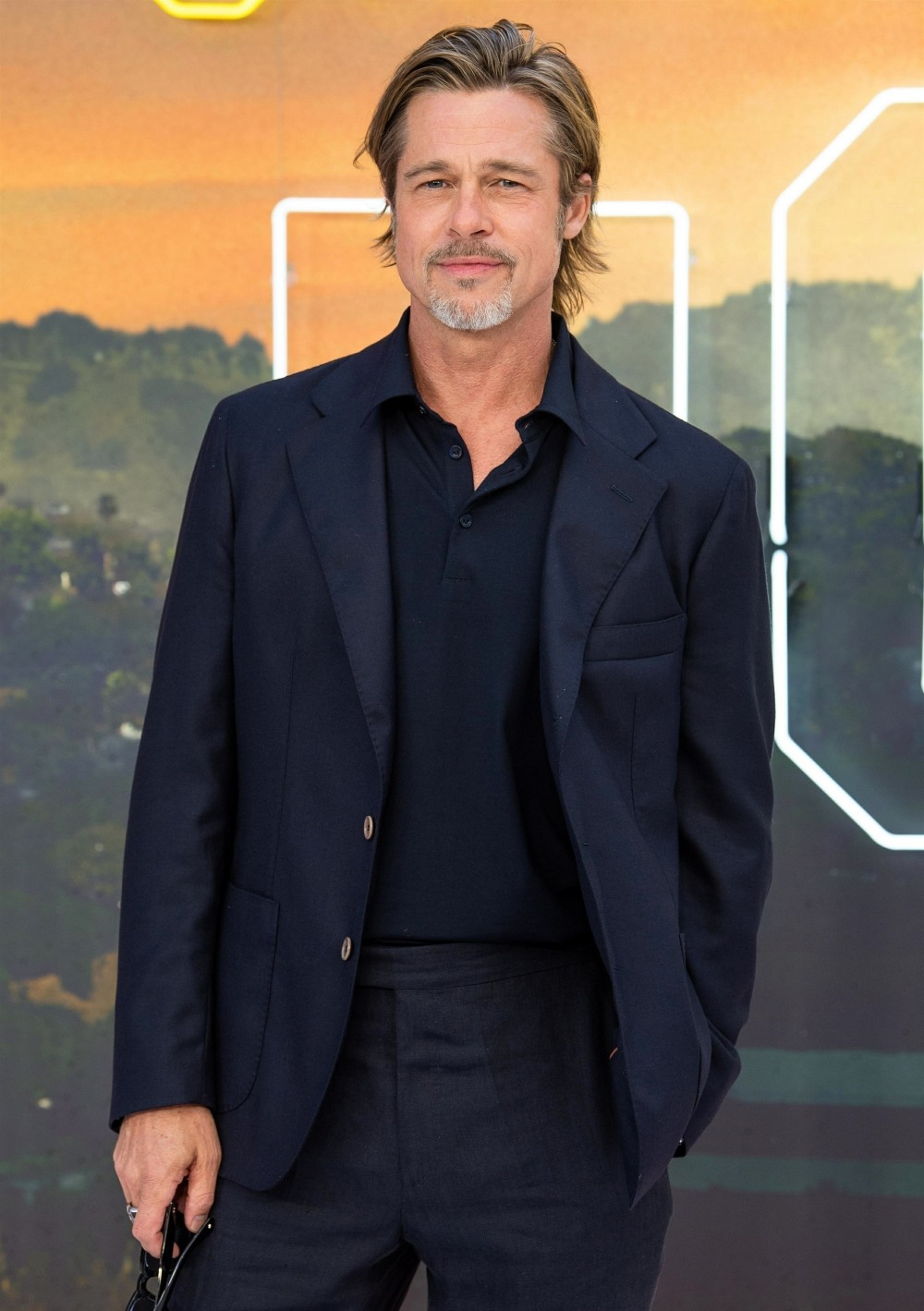 In-depth profiles and interviews of/with Brad Pitt are few and far between for the past three or four years. There was his 2017 GQ Style cover story, which was his first big interview after Angelina Jolie left him, and he sounded like a man who was very new to living with some kind of AA-type program. Brad managed to avoid being extensively interviewed for a while after that, and I was surprised to see that he didn’t agree to a big, in-depth solo cover story while promoting Once Upon a Time in Hollywood. But he’s got Ad Astra coming out, and he’s the lead and damn, he wants an Oscar nomination. So Brad sat down with the New York Times to talk about Ad Astra, masculinity and devoting himself to recovery. You can read the full piece here. Some highlights:

On the “strong man” archetype: “I grew up with that be-capable, be-strong, don’t-show-weakness thing… In some ways, I’m copying [my dad]. He had grown up in extreme hardship and poverty, always dead set on giving me a better life than he had — and he did it. But he came from that stoic ilk. I’m grateful that there was such an emphasis on being capable and doing things on your own with humility, but what’s lacking about that is taking inventory of yourself. It’s almost a denial of this other part of you that is weak and goes through self-doubts, even though those are human things we all experience. Certainly, it’s my belief that you can’t really know yourself until you identify and accept those things.”

Why he was attracted to working with James Gray: “He had this ’70s touch, like the films I was weaned on. There was a roughness to him, a violence. And he seemed to be focused on men.”

What is Ad Astra about: “We’re asking questions like, ‘What’s it all about?’ and ‘Why are we here?’ That’s a bit of a minefield, because there are so many traps… We wanted to investigate the inability to connect with others, and the self-protection mechanisms one builds up that keep us from really being open.”

He worked on Ad Astra in 2017, just following the Brangelina split: “I had family stuff going on. We’ll leave it at that.” Was “Ad Astra” a way to work through some of the loneliness he may have been experiencing? “The fact is, we all carry pain, grief and loss. We spend most of our time hiding it, but it’s there, it’s in you. So you open up those boxes.”

Pitt is committed to his sobriety. “I had taken things as far as I could take it, so I removed my drinking privileges,” he told me. After she filed for divorce, Pitt spent a year and a half in Alcoholics Anonymous. His recovery group was composed entirely of men, and Pitt was moved by their vulnerability. “You had all these men sitting around being open and honest in a way I have never heard,” Pitt said. “It was this safe space where there was little judgment, and therefore little judgment of yourself.” Astonishingly, no one from the group sold Pitt’s stories to the tabloids. The men trusted one another, and in that trust, he found catharsis. “It was actually really freeing just to expose the ugly sides of yourself. There’s great value in that.”

His early fame: “In the ’90s, all that attention really threw me. It was really uncomfortable for me, the cacophony of expectations and judgments. I really became a bit of a hermit and just bonged myself into oblivion….Those dubious thoughts, the mind chatter, the rat in the skull — that’s comedy. It’s just ridiculous that we would beat ourselves up that way. It doesn’t matter. I spent too much of life wrestling with those thoughts, or being tethered to those thoughts, or caged by those thoughts.”

On the streaming era: “I’m curious to see if movies last, if movies stick around,” he said. What he does know is that he won’t be starring in as many. “It’ll be fewer and farther in between for me, just because I have other things I want to do now,” said Pitt, whose interests include sculpting and landscaping. “When you feel like you’ve finally got your arms around something, then it’s time to go get your arms around something else.”

I’m actually kind of happy that he’s at a place where he can talk about going through the AA program and what it was like in those meetings. I remember back then – late 2016, through 2017, it was like no one could say or admit that Brad was detoxing, rehabbing and working a program. A lot of people have different feelings about AA, but I think it’s interesting that he makes it sound like he doesn’t still go to AA meetings. Many people in recovery do seem to feel like the meetings are a daily/weekly/monthly part of their recovery too.

One moment which I didn’t include in the highlights is the part where James Gray talks about how Brad was at his house (Gray’s house) on Oscar night when Moonlight won Best Picture. Brad was eating a spaghetti dinner with Gray’s family and Brad had to be told second-hand that the film he produced won Best Picture. It’s a story about Brad’s priorities, for sure. But I can’t help but think that the story is missing some elements, right? Like, really, why didn’t Brad go to the Oscars that year? 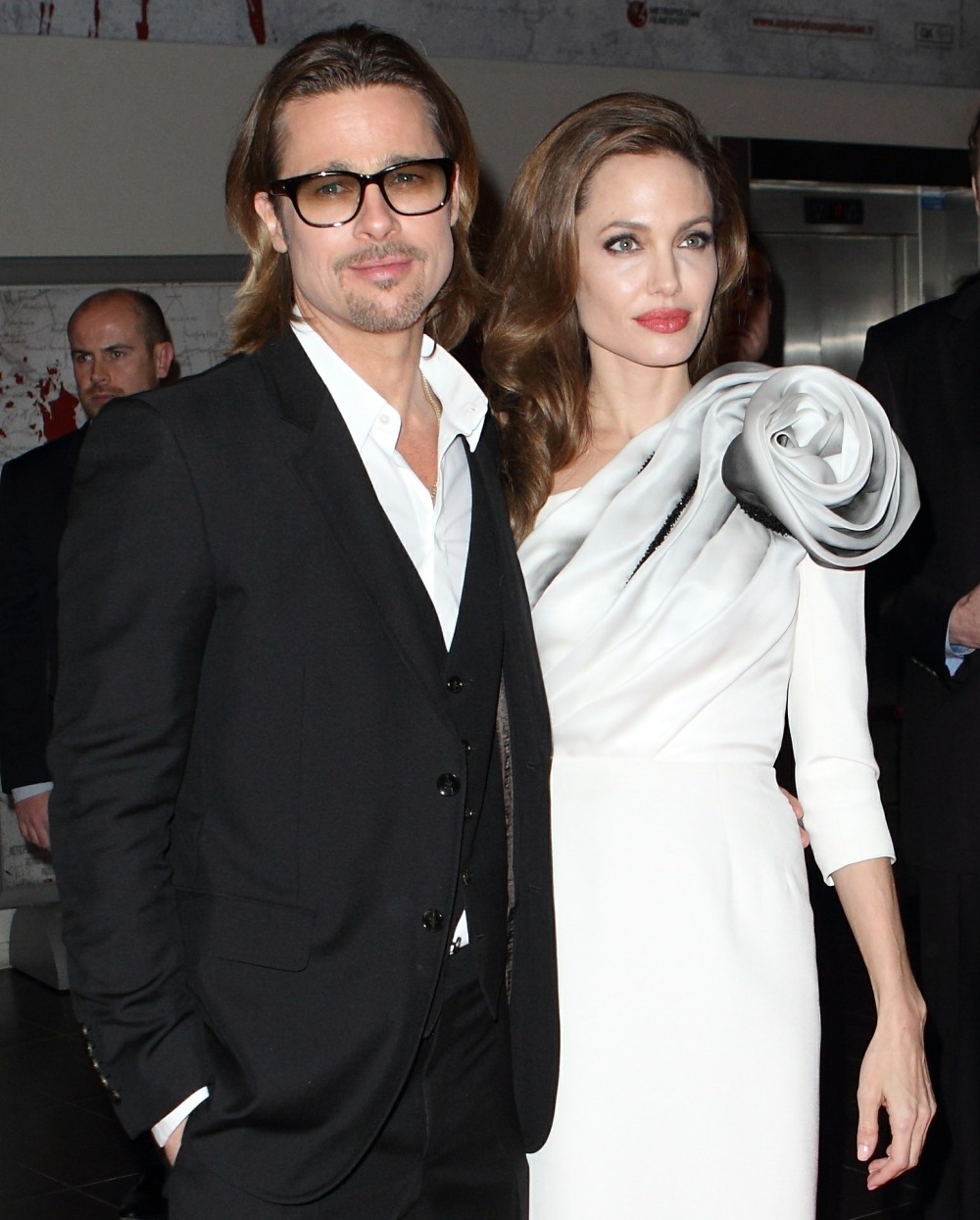 94 Responses to “Brad Pitt took things ‘as far I could take it, so I removed my drinking privileges’”