Lizzo: ‘I didn’t love who I was because I was told I wasn’t lovable’ 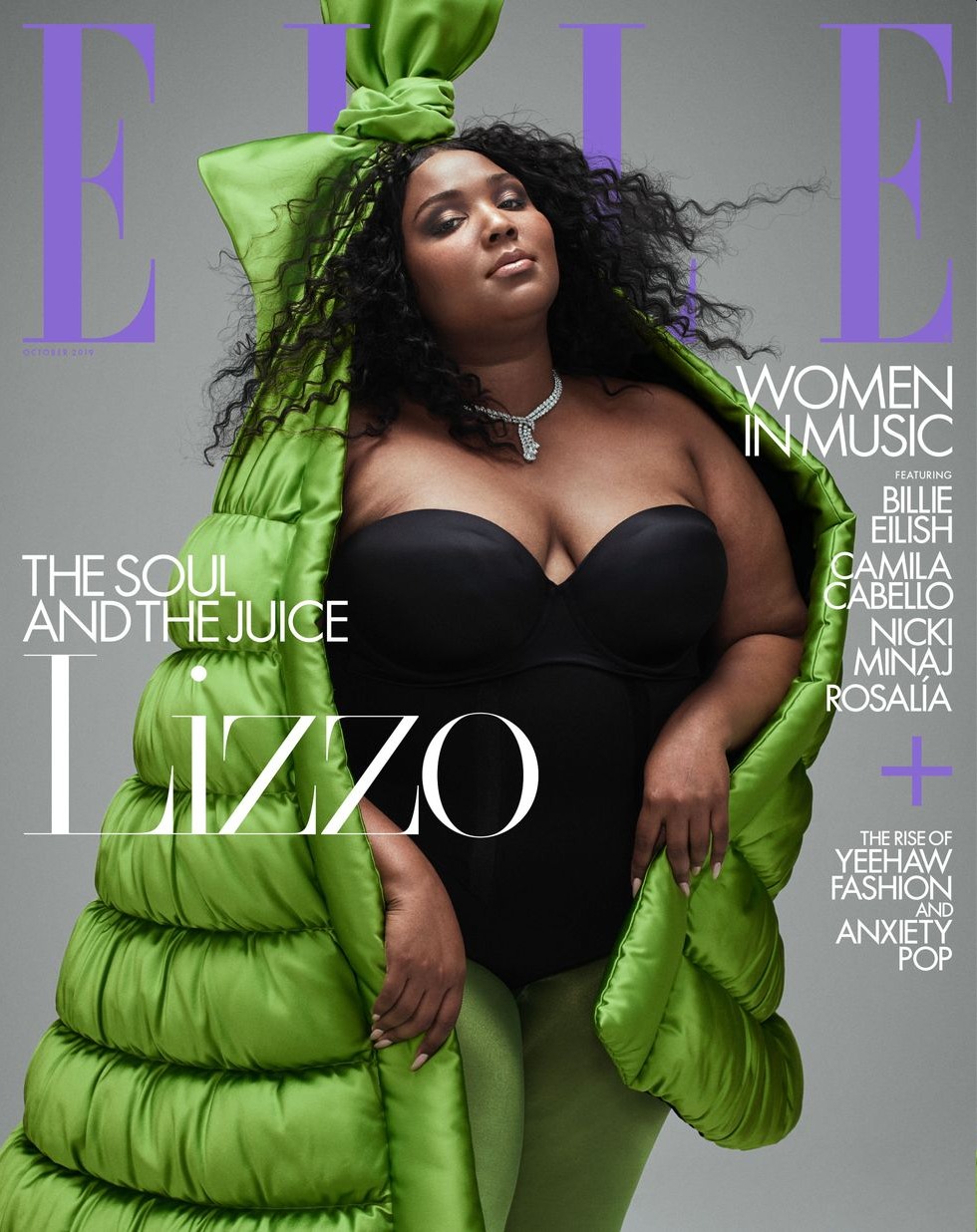 Lizzo is one of three cover subjects for Elle’s Women in Music issue, the October issue. I love Lizzo. I think the world has collectively fallen for Lizzo. She’s amazing and she’s become a big star at the age of 31, which gives her a maturity to avoid doing and saying problematic pop star sh-t, quite honestly. Lizzo doesn’t say anything particularly controversial in this interview, but knowing that these quotes about self-love and her years of struggle are coming from a plus-sized African-American woman in today’s world IS the “controversy.” You can read the full Elle piece here. Some highlights:

Her wilderness years: “I just felt like I was throwing music into the world and not even making a splash. A tree was falling in the forest and not making a sound, you know? I was crying in my room all day. I said, ‘If I stop making music now, nobody would f–king care.’ ” Her producer showed up at her apartment to give her a pep talk, and to tell her that even if her music didn’t feel important to the world, at least it was important to the two of them. “So I just made the decision to keep going as an artist. And I’m so grateful I did, but it was by the skin of my teeth.”

The idea of a one-album wonder: “If my next album doesn’t do anything like this [one], and this was just a one-time thing, I’m going to be grateful. And I’m also gonna have a fan base that I can tour on. I’ve been touring for a long time—why would that stop? I’m gonna continue to do that forever.”

The days of living in Minnesota & working with Prince: “I miss those days. Not just when Prince was physically with us, but how it felt to be young and excited about music, and life, and not knowing what was next, and not having money but manifesting our dreams. There’s a spirit of adventure that I took away from that—to never let life and music not feel adventurous, and to always push yourself and believe in the magic you’re creating.”

Self-love: “I take self-love very seriously. And I take it seriously because when I was younger, I wanted to change everything about myself. I didn’t love who I was. And the reason I didn’t love who I was is because I was told I wasn’t lovable by the media, by [people at] school, by not seeing myself in beauty ads, by not seeing myself in television…by lack of representation. My self-hatred got so bad that I was fantasizing about being other people. But you can’t live your life trying to be somebody else. What’s the point?”

“My self-hatred got so bad that I was fantasizing about being other people. But you can’t live your life trying to be somebody else.” That quote is a gut-punch. But even there, I feel like she should give herself a break – a vivid fantasy life is how people cope, you know? It’s how people survive the bad times, the low moments – we dream we’re somewhere else, we dream that we’re someone else. Anyway, I can really feel her emotional journey into self-acceptance and self-love. It wasn’t an automatic or easy thing for her, and even now that she’s a big star, I’m sure she encounters people on a daily basis who are trying to demean her. But she’ll keep on thriving. I hope.

22 Responses to “Lizzo: ‘I didn’t love who I was because I was told I wasn’t lovable’”