Jameela Jamil: There are plenty of people who don’t like me. I don’t care.


I know Jameela Jamil from The Good Place of course, but more so lately from her advocacy work and frankly, her ongoing beefs with other celebrities. She makes us eyeroll a lot, and by us I mean Kaiser and me primarily. I think Hecate and Quimby have more tolerance for her. I do admire Jameela’s commitment to her causes, and now that I’ve seen this latest interview I feel like I understand her a little more. She said that she doesn’t worry about what people think about her at all. She also gave props to Demi Lovato for Demi’s post celebrating her cellulite. Access Hollywood caught Jameela on the red carpet and here’s what she told them. Jameela of course started I Weigh to advocate for inclusivity and diversity in body types.

How do you manage to be yourself?
It took until I was in my 30s to be able to truly be myself. I realized it’s not my responsibility to make people like me. There are plenty of people who don’t and that’s ok and there’s loads of people who I don’t like. I think letting go of that feeling of responsibility that’s something that’s important for your life is really freeing and so I don’t care.

You were one of the first celebrities to Instagram photos that were real. Did you see [Demi Lovato's recent post]? Do you feel like you started this?
I didn’t start this. Women in the 60s started this. I think part of the celebrity culture of being transparent, I hope I’ve had a part in that. This is not just me on my own. It’s really cool to watch Demi embrace herself. I know that she did this long before I even got to America. I just find her very inspiring generally.

There’s something powerful about being unbothered, especially when you’re calling people out online. I haven’t reached that level of not caring and I do this for a living somewhat anonymously. Look at celebrities like Pink who say they don’t care but really do care. I don’t think Jameela is at the “couldn’t care less” level but she’s way above Pink.

I enjoyed watching this brief interview with her. I want some of her attitude to rub off on me. She has been an activist for years and it shows. Also, why is it so hard to separate her from her Tahani character? Is it because that’s all I know her from and her red carpet styling is virtually the same (apart from the terrible makeup)?

Who is doing her so dirty with her makeup? Her last two red carpet looks have been horrid. She doesn’t look as bad on camera as she does in the photos though. 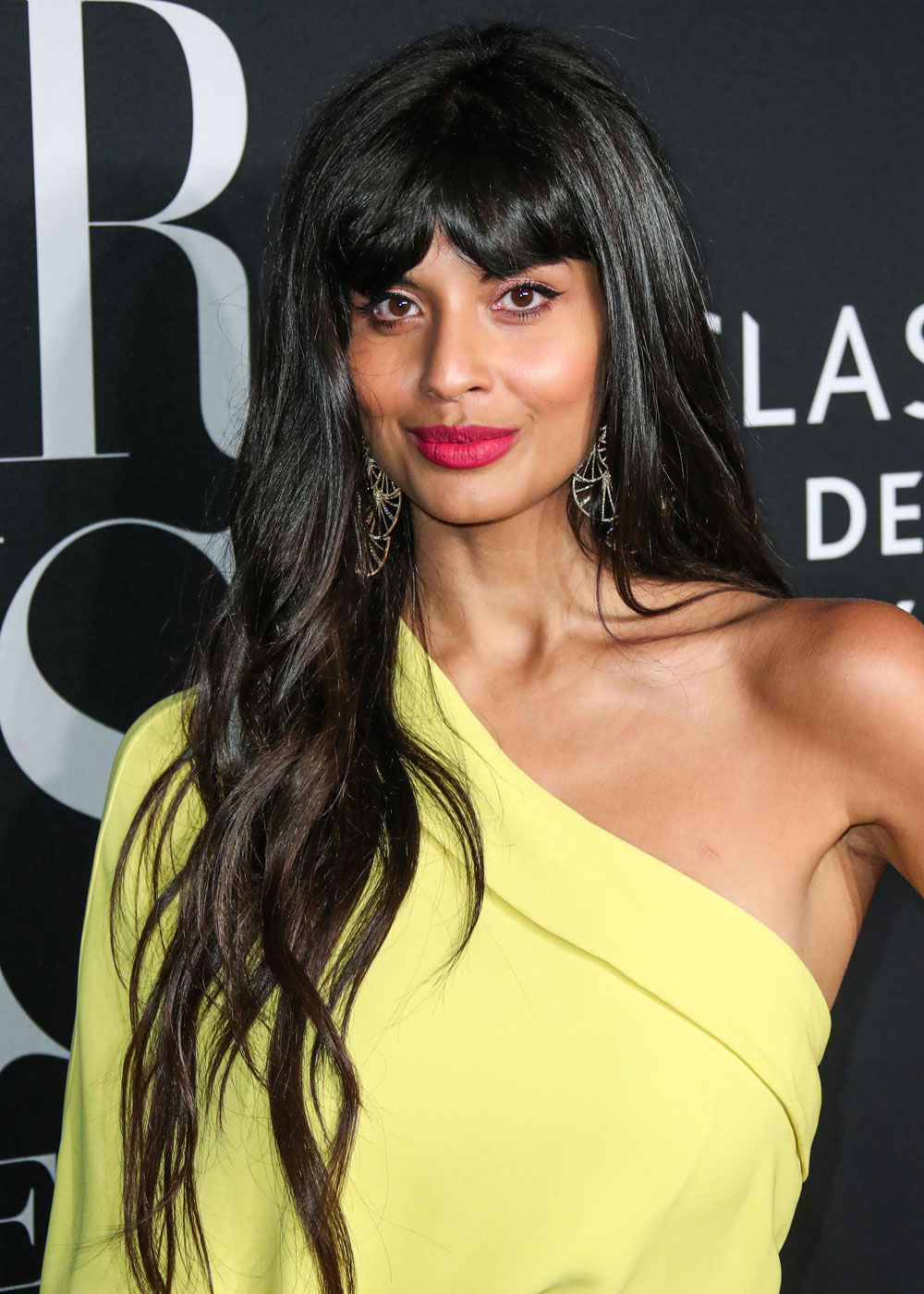 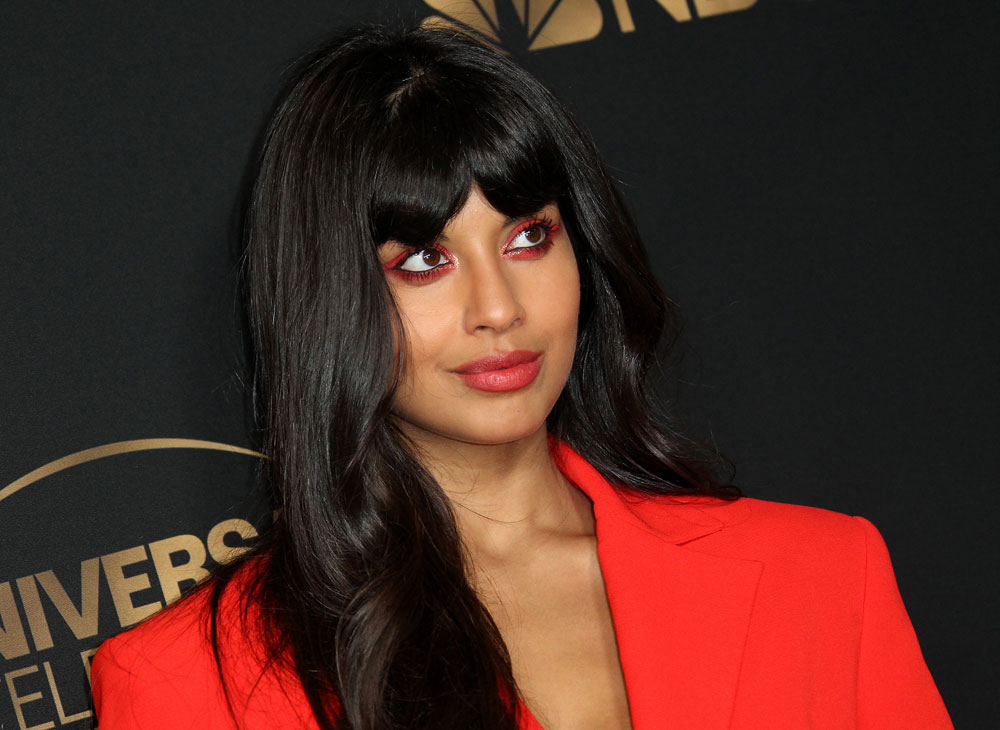 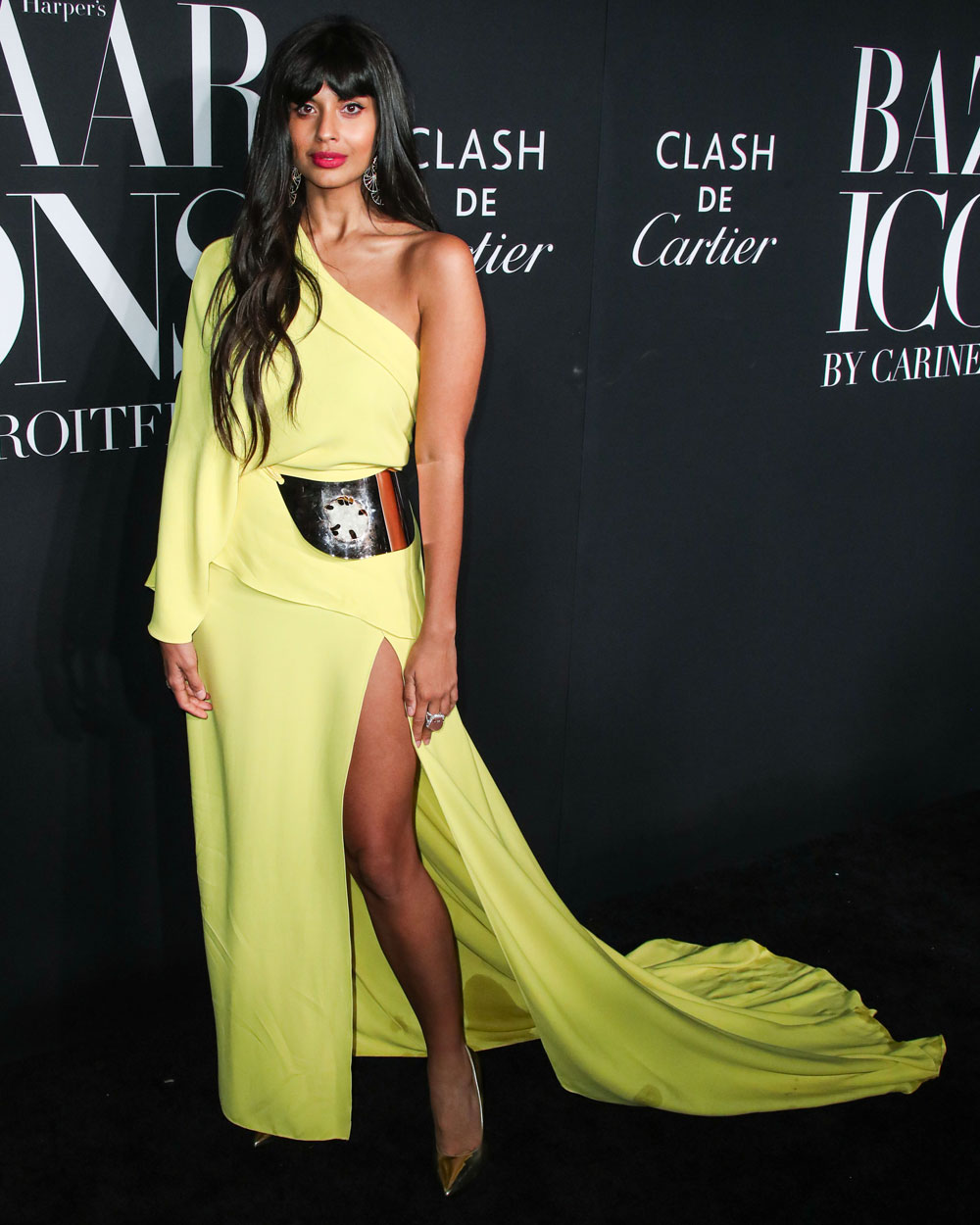 36 Responses to “Jameela Jamil: There are plenty of people who don’t like me. I don’t care.”