Scarlett Johansson in Rodarte at the TIFF ‘Jojo Rabbit’ premiere: cute or blah? 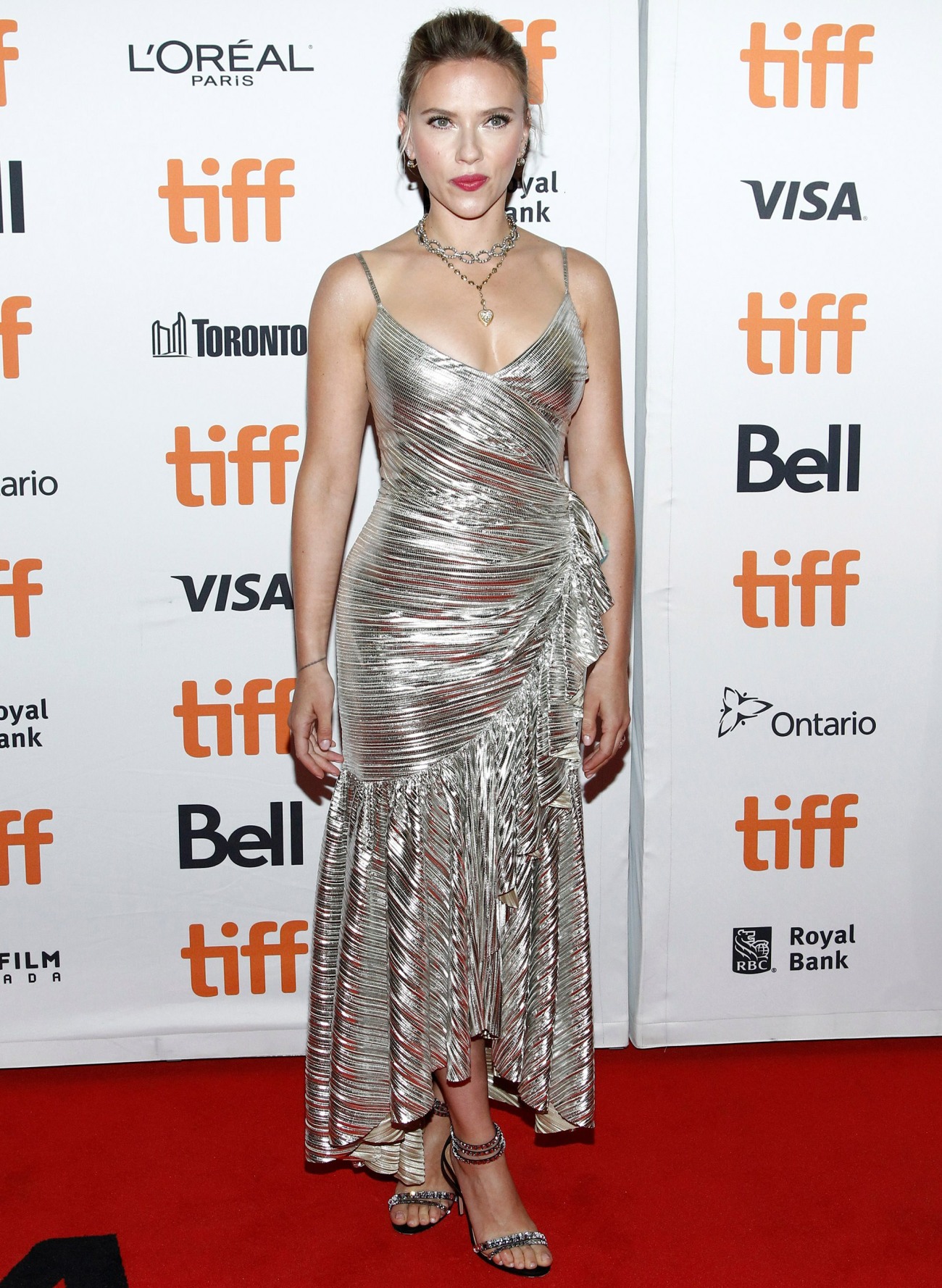 Here are some photos of Scarlett Johansson at Sunday night’s TIFF premiere of Jojo Rabbit, the Taika Waititi film which is supposed to be an absurdist/parody of Adolf Hitler (Taika plays a child’s imaginary friend, Adolf Hitler). ScarJo wore this silver Rodarte dress to the premiere. I have to say… the fashion, in general, coming out of TIFF has been underwhelming. Maybe celebrities are saving “the good stuff” for New York and London premieres, or maybe the designers are just in a rut. I generally find Rodarte stuff to be too overworked, and this is no different – this material would have been lovely as a simple slipdress. But no.

Anyway, ScarJo is obviously in TIFF to promote more than Jojo Rabbit. Jojo Rabbit won’t get her an Oscar nomination. She’ll also premiere Marriage Story, which is already being screened by critics and they friggin’ love it. We could truly see a 2020 Oscars where Scarlett Johansson is nominated for Best Actress and Jennifer Lopez is nominated for Best Supporting Actress.

It’s also worth noting that ScarJo will probably get nominated across the board even though she’s an a–hole who says terrible things constantly, especially when she’s promoting a film. She’s literally going to get an Oscar nomination when, in two big interviews this summer, she claimed she should be “allowed to play any person or any tree or any animal.” And then she followed that up by once again giving a full-throated defense of Woody Allen. Speaking of, Dylan Farrow chimed in on ScarJo’s THR interview:

Because if we’ve learned anything from the past two years it’s that you definitely should believe male predators who “maintain their innocence” without question. Scarlett has a long way to go in understanding the issue she claims to champion. https://t.co/S1NmttL9tJ

If we learned anything from previous awards season, Dylan is going to keep talking and tweeting and giving interviews during Scar’s Oscar campaign. Something to keep in mind. 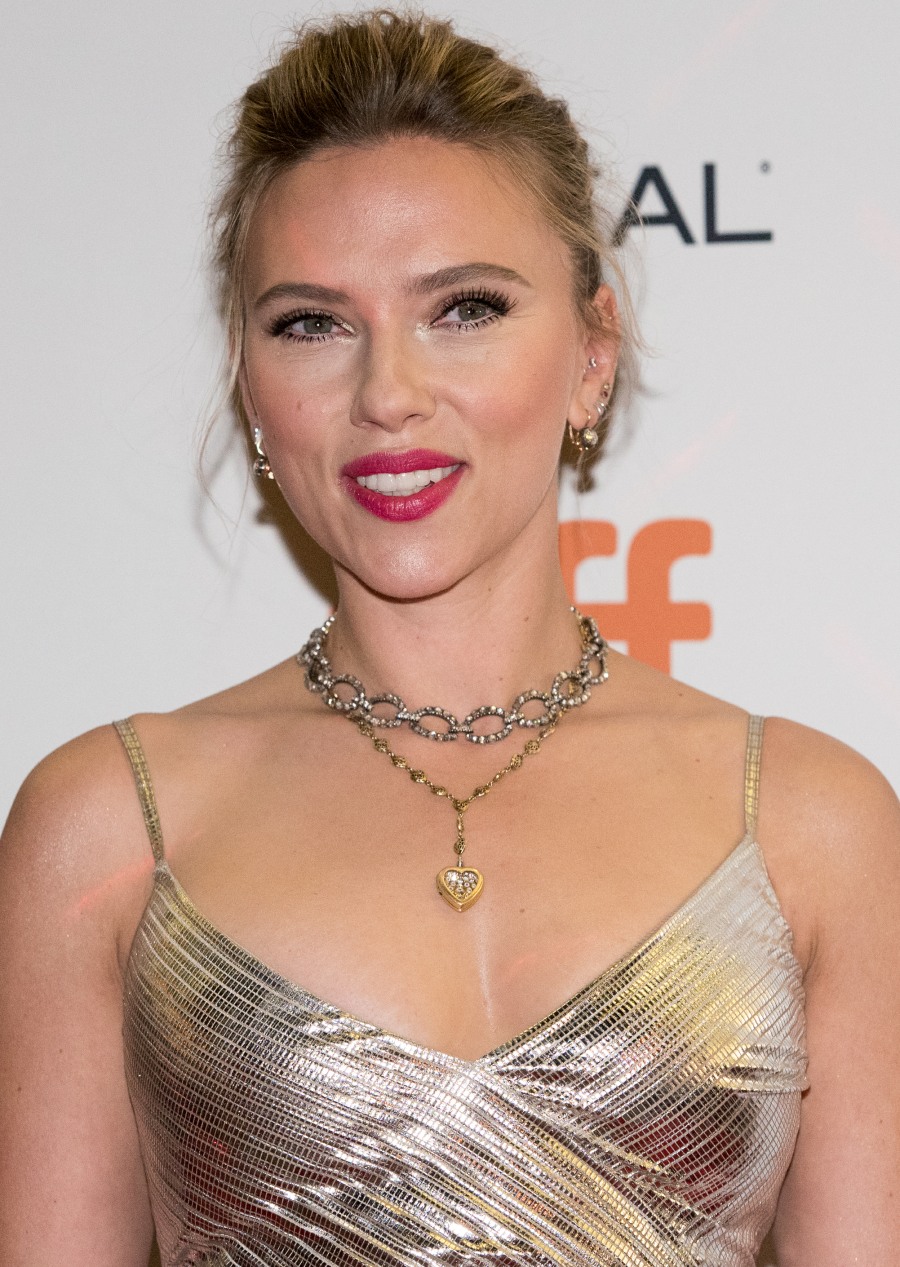 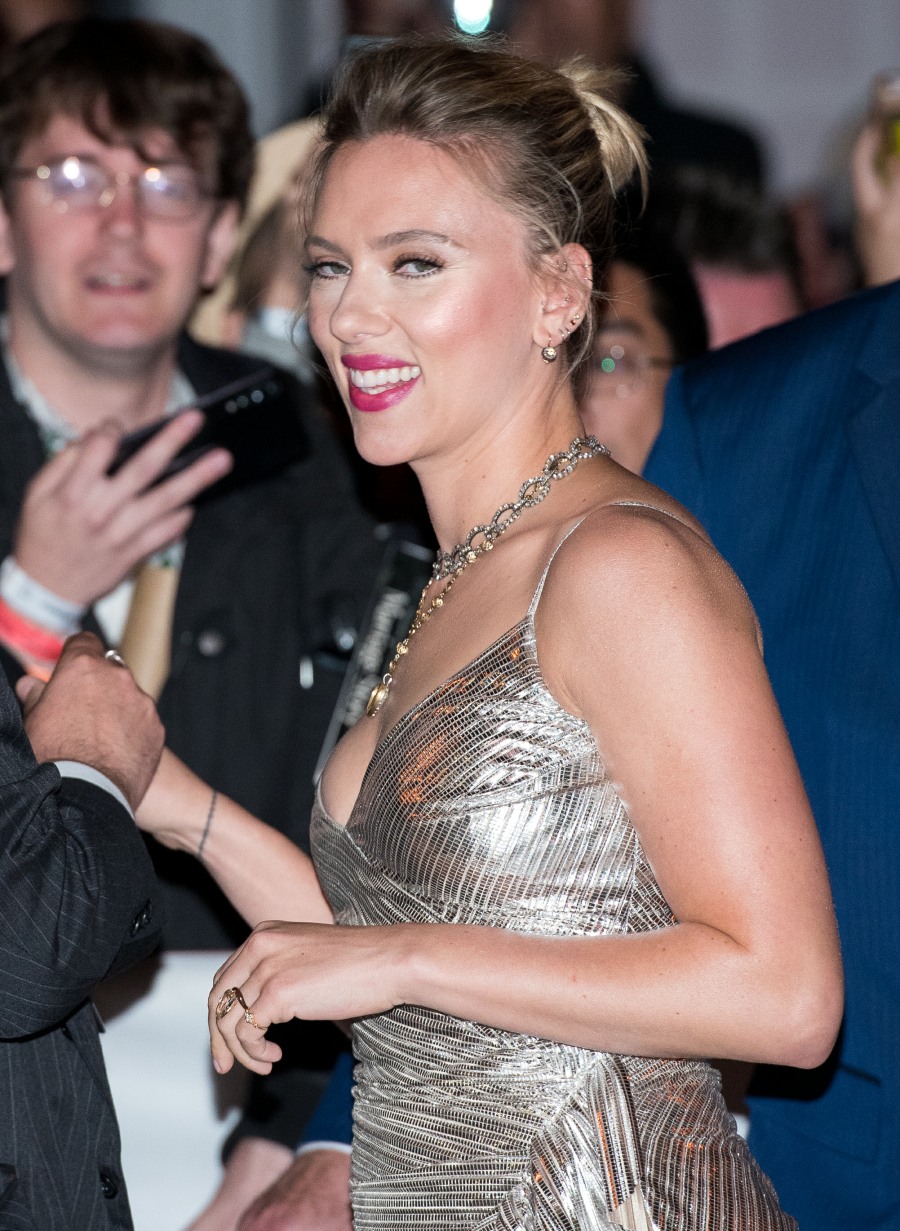 37 Responses to “Scarlett Johansson in Rodarte at the TIFF ‘Jojo Rabbit’ premiere: cute or blah?”