Kaia Gerber wearing Custom Versace at Her 18th Birthday Party. The look was a homage to her mom Cindy Crawford's outfit of 1992.

I didn’t know that Kaia Gerber is a Virgo. Kaia’s 18th birthday was September 3rd, last week. Maybe I’m reading the right sites, but it didn’t seem like people made a huge deal about Kaia turning 18? Which… is good. There’s something very creepy about those male-dominated sites which feature “countdowns” to when celebrity women turn 18. Anyway, I thought Kaia was still, like, 15 years old, so her birthday and her age didn’t register with me at all. She seemed to be working and gearing up for New York Fashion Week on her birthday, but she still found time to celebrate and party last Friday. She decided to dress up in a dominatrix-lite ensemble, reminiscent of one of her mother’s famous looks. And… Kaia still looks about 14/15 to me, so I find those photos rather unpleasant. But happy birthday to her.

Kaia also covers the October issue of British Vogue. They haven’t released the full interview yet, but here are some quotes from Kaia and Cindy.

Kaia on turning 18: “Being 18… means independence. Age is very much so a concept, I think it places a label on you. Ever since I was younger people told me I was a really old soul. Because I felt I understood things I never learned.”

Cindy on nepotism: “Even though it probably bothers her, we all realise that, yeah, Steven Meisel will see her [because of who she is]. But you and I both know that Meisel, or Chanel, or Vogue – well, they might have her for an audition, but they’re not booking her because she’s my daughter… I mean, she’s doing things I never did.”

Kaia on what makes her nervous: She insists she found it “more intimidating to walk into school and be around people my own age” than to be on set with Meisel at 13. She doesn’t suffer with pre-shoot jitters to this day. “I mean, I’m just standing there – how bad can I do?”

She’s not dating anyone: “When I’m working, I don’t have the energy to even flirt with anyone. I’m sorry, I just can’t. But I’m not losing hope in all love forever. I have backgammon at my house, and that’s all a girl needs. When I’m home, I’m living the life of a 70 year old woman.”

Her advice to girls her age: “It’s just being yourself: not being afraid to read a book or talk about things that might be considered nerdy.”

“Age is very much so a concept, I think it places a label on you.” Oh my God. I’ll give her a break because she’s 18, but for the love of God. “I felt I understood things I never learned.” That’s the kind of sh-t I wrote in my journal when I was 16. Ah, the youths. As for the rest of it… I wish Cindy pushed less. I don’t doubt that Kaia wanted to be a model, but I also don’t doubt that Cindy gave her daughter few other options. 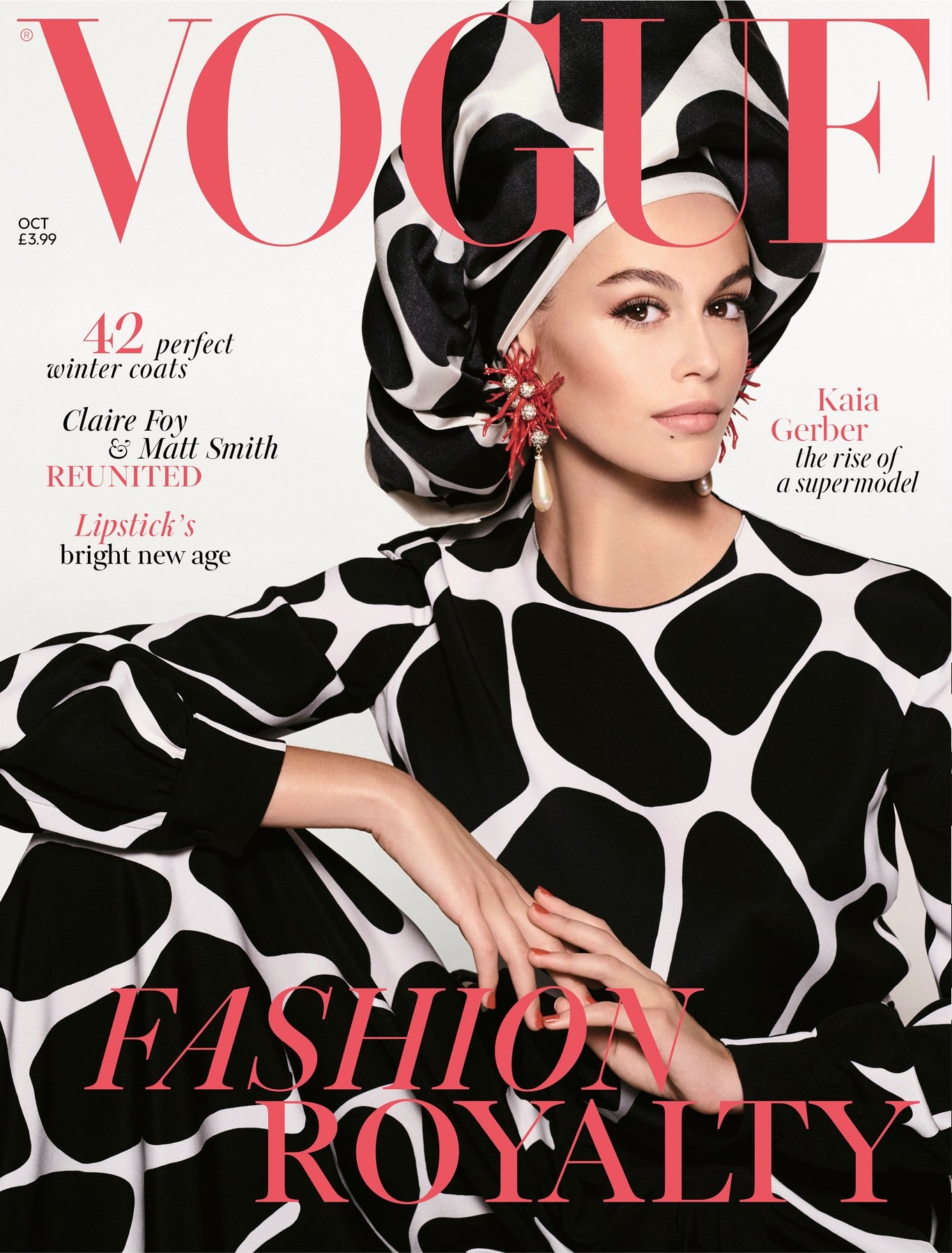