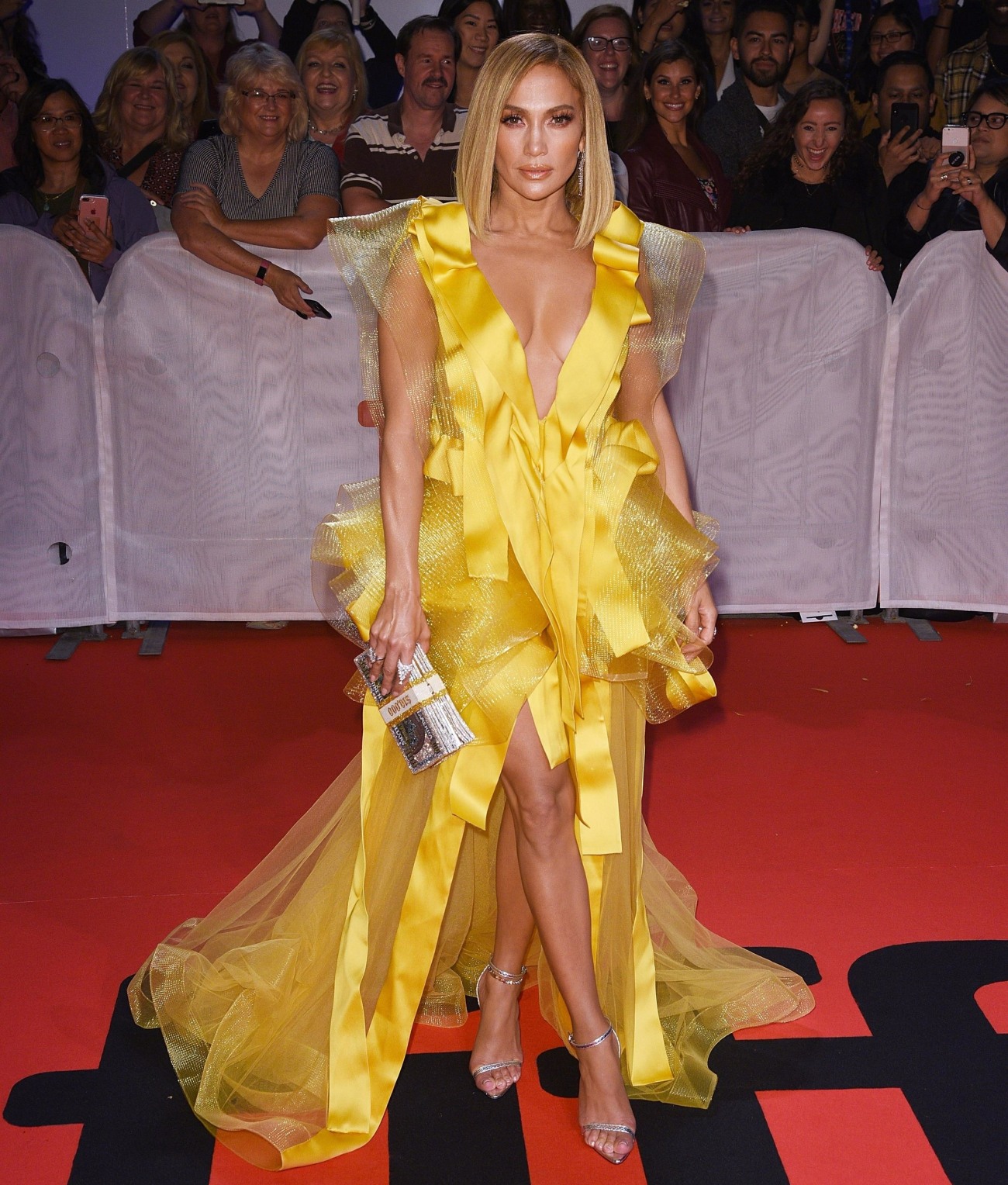 Here are some photos from this weekend’s TIFF premiere of Hustlers. This is not the first “premiere,” I don’t think? There was some kind of lowkey premiere event last week or the week before, it was in New York and it was basically the start of the promotional tour. I also just recently learned that there is a mood among critics that Jennifer Lopez should be – and perhaps will be – nominated for an Oscar in Best Supporting Actress for Hustlers. Which would be amazing, honestly. The point is that we’ll probably be talking about Hustlers for months.

For this TIFF premiere, Jennifer understandably went all-out. She wore a canary yellow Maison Yeya gown which would make most women look like Deconstructed Big Bird. But on J.Lo, the dress looks amazing. And yes, Alex Rodriguez was there to support her. 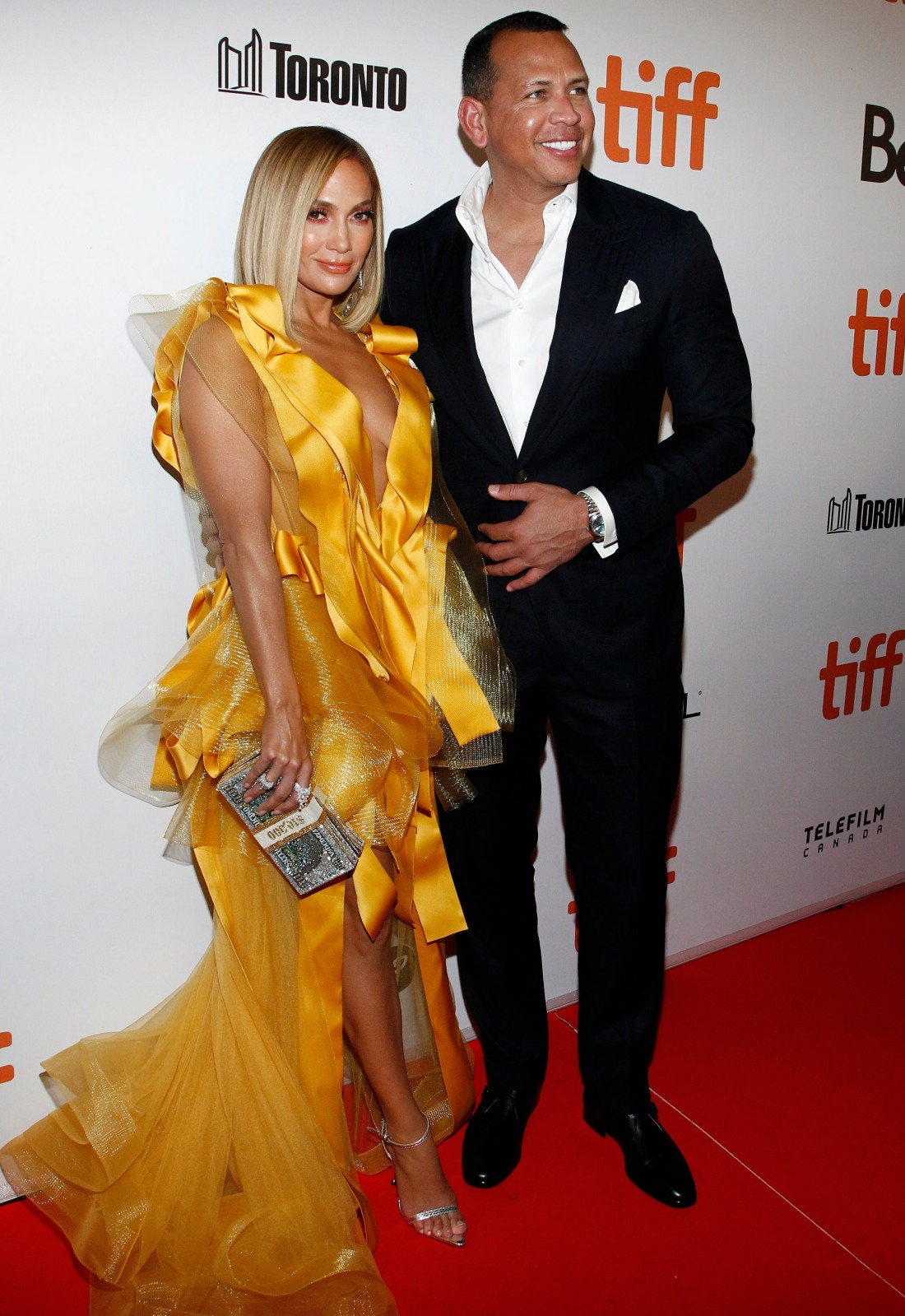 Constance Wu in Georges Hobeika. This looks super-cheap, right? Am I just imagining that because I’m over her? 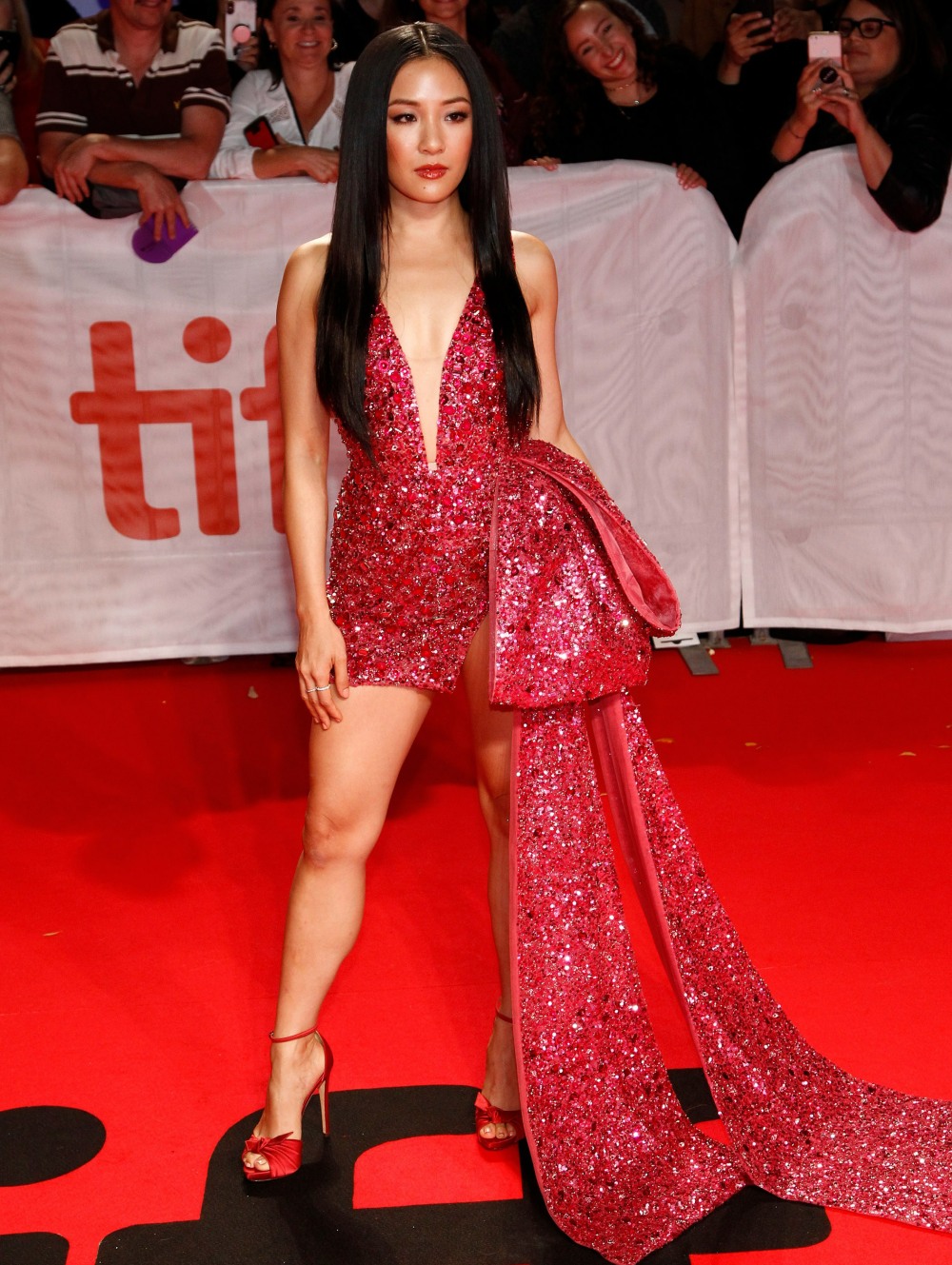 Lili Reinhart wore Rodarte. Those shoulder flowers are… something. She’s beautiful, but the dress is A LOT.

Keke Palmer wore Roberto Cavalli and she looked great too. I don’t have an ID on Julia Stiles’ dress.

37 Responses to “Jennifer Lopez in Maison Yeya at the TIFF ‘Hustlers’ premiere: Big Bird or chic?”