Jennifer Lopez on life at 50: ‘I didn’t know that it would be the best moment of my life’ 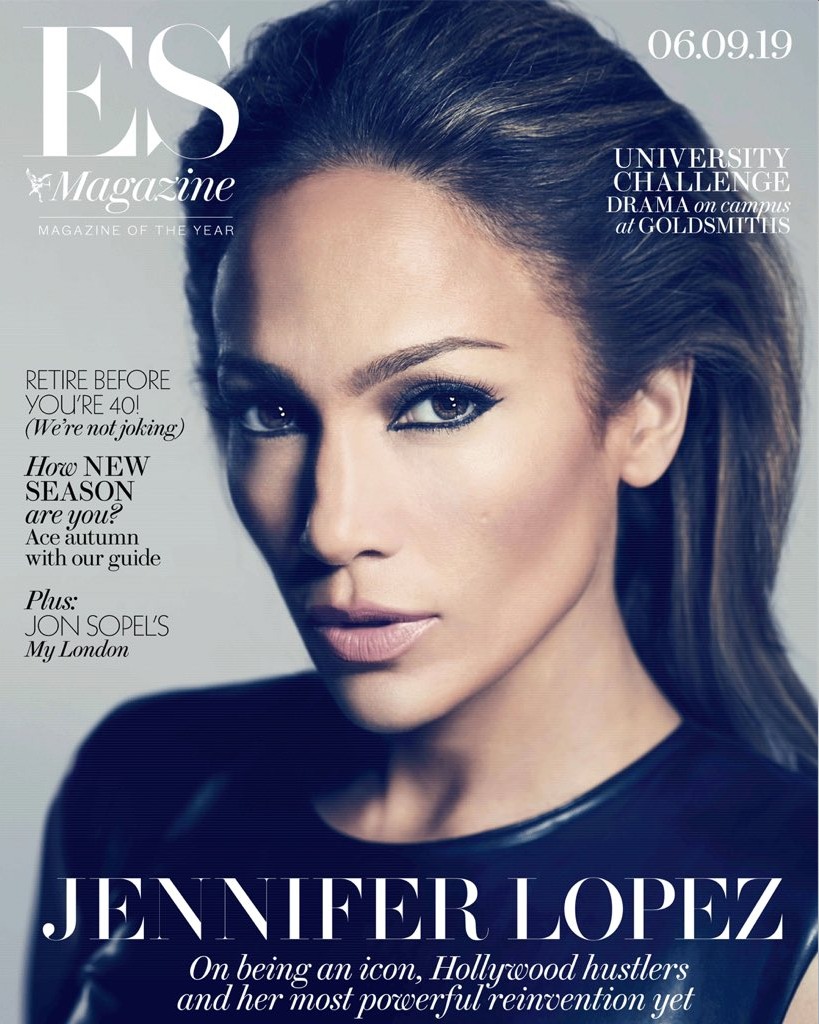 Hustlers is premiering at TIFF, did you know that? It’s not only supposed to be a fun/drama about scheming strippers, it might actually be an awards-contender. A few critics even swear up and down that Jennifer Lopez will finally earn her first-ever acting Oscar nomination, in supporting, for playing this role in Hustlers. All of that might explain why Jennifer has been doing a lot of interviews ahead of the film’s release. Yes, she’s the biggest name in the film, but the outlets she’s been speaking to… I’m beginning to see it. Trade papers, respected newspapers, the Evening Standard (ES) Magazine, plus her normal fashion mag interviews, because they want this movie to make money too. Anyway, Jennifer gave a decent interview to ES Magazine, and here are some highlights:

Working the stripper pole for real: ‘I’m used to being on stage in sexy costumes, but I have three layers of tights and fishnets and a bodysuit. It was a brand-new feeling to come out practically naked, in front of all those men — 300 extras hooting and hollering — and dance for money. There’s something liberating and empowering about it, but you’re really out there, physically, emotionally and psychologically.’

The funniest part of the interview: One of [the members of her huge entourage] is toting an enormous, jewelled cup emblazoned with the words, ‘JLo — It’s My Party’. ‘Don’t leave it there, in front of the British press,’ squeals Lopez. Her assistant hurriedly moves the cup out of sight, but it’s a reminder that, in spite of how far she has come, the J-Lo of the early 2000s, with all its bling and high glam, is never too far away.

On Hustlers: It’s ‘a gangster girl movie, like Goodfellas, but from a woman’s point of view.’

On Hollywood: ‘This business is not for the faint-hearted — it eats people up. To survive in it for as many years as I have, you’ve got to have a tough skin.’ She has talked about her #MeToo moment — being asked by a director to remove her shirt and show him her breasts was a low point to say the least. ‘I was terrified. I remember my heart beating out of my chest, thinking, “What did I do? This man is hiring me!” It was one of my first movies. But in my mind I knew the behaviour wasn’t right. It could have gone either way for me. But I think ultimately the Bronx in me was like, “Nah, we’re not having it.”’

Whether she’ll ever stop dancing/entertaining: ‘Maybe, not anytime soon. Did I think I would be doing this at 50? I didn’t think I’d stop, but I didn’t know that it would be the best moment of my life. We’re conditioned to think, as women, that it would be over by now. And the truth is, it’s not like that at all. I find myself growing and getting better every year and that’s exciting.’

The wedding will have to wait: ‘I have a movie I’m shooting in October [Marry Me, with Owen Wilson and Sarah Silverman] and the movie has an album that goes with it, so I’m just a little bit busy right now, and until October, he has the World Series in baseball. We’re going to have to pick a day, pick a time and block it out, but we’re definitely talking about it… [Marriage is] important for both of us. We both come from traditional Latin families and we want that. Everyone wants somebody to grow old with. At the end of the day, how much work can you do, how much money can you make, and what does it all matter? It doesn’t, really.’

“At the end of the day, how much work can you do, how much money can you make, and what does it all matter? It doesn’t, really.” Wait WHAT. Literally no one believes that. Jennifer is a worker. She’s always loved to work, and of course work fulfills her and makes her happy and… that’s what matters. That and family. And money. And diamonds. Honestly, she finds fulfillment in so many things. Also, I love how she frames Hustlers as a “gangster movie.” That too has become some gendered, like “this is a story about strippers, they’re not GANGSTERS.” But they are. 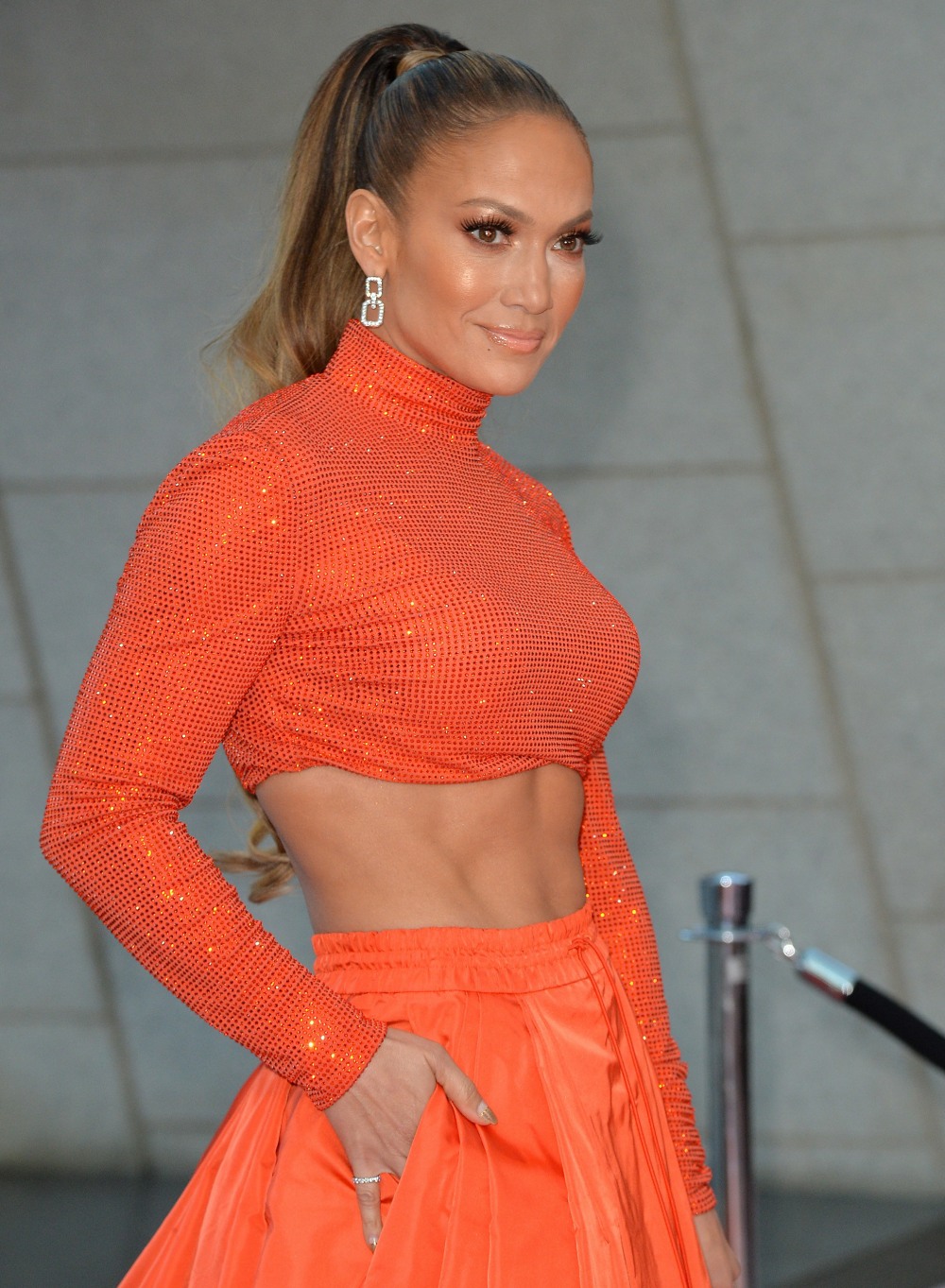 23 Responses to “Jennifer Lopez on life at 50: ‘I didn’t know that it would be the best moment of my life’”