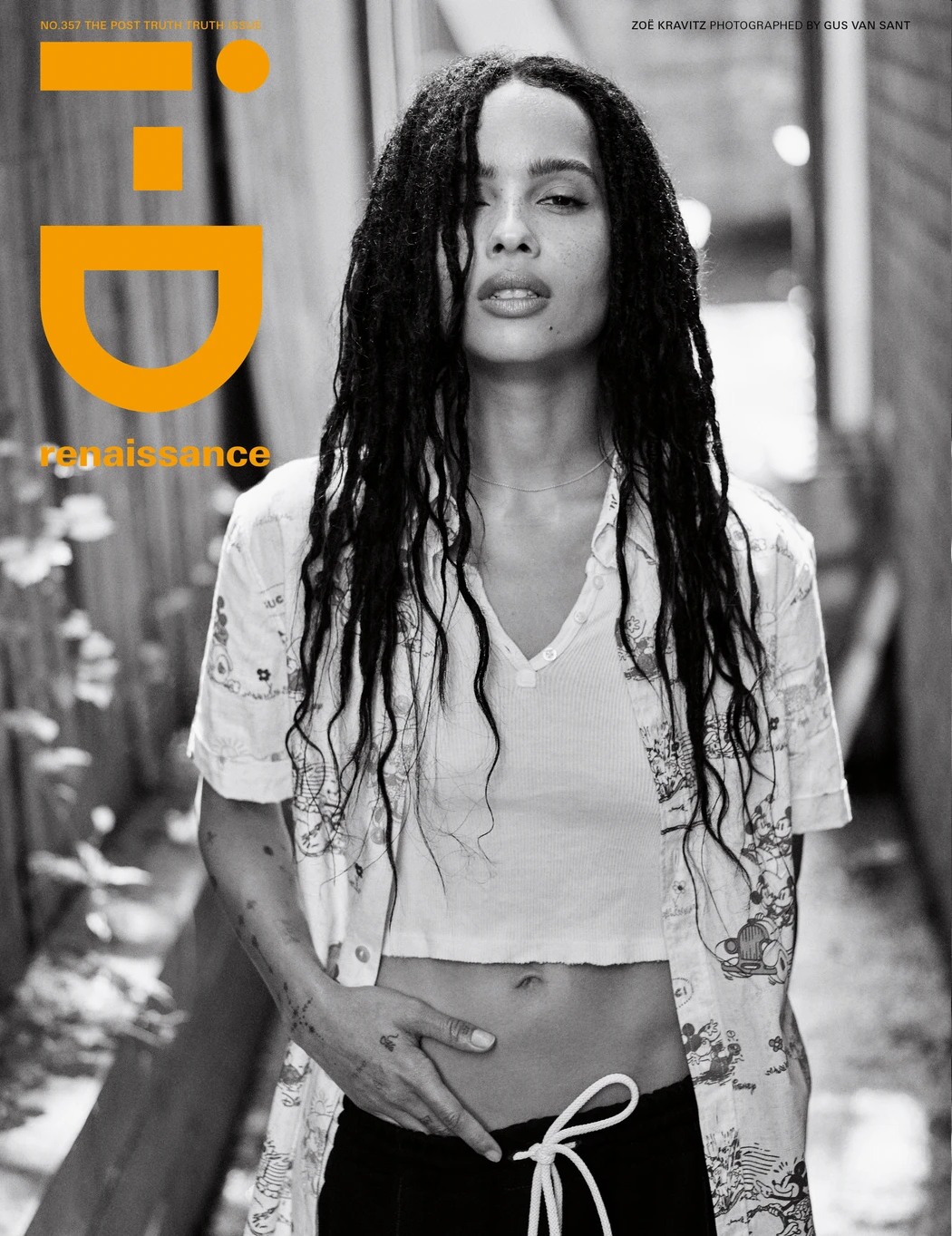 Zoe Kravitz covers the latest issue of I-D Vice Magazine (or is it just I-D magazine?). She spends much of the interview talking about a project I didn’t even know she was part of: did you know they’re doing another adaptation of High Fidelity? Her mom, Lisa Bonet, was in the film version starring John Cusack as Rob, the lead, who is going on a journey through his “top five breakups.” Well, they’re adapting the book again, this time in present day setting (are there still record stores?) and Zoe is playing the lead in the series. Rob has become Robin, and Robin is the same kind of pop-culture obsessive. It’s an interesting concept, I guess. Some highlights from the cover story:

On life: “We need to be able to laugh at ourselves. We need to spend more time observing the ironic nature of just being alive.”

The show will have more women at every level: “Collaboration and compromise is an art form in itself. It is really hard, but it is about finding that balance, it is about knowing when to back down and when to fight for something that you see is really worth fighting for.”

On race, and playing black women: “I’m guided by my intuition. But I do say no to stories that don’t seem truthful, like when I felt I didn’t want to portray women, or brown women in that way…For some people diversity is a trend. But for others it is a lived reality.”

Her hair: “I always felt like I had to change my hair in order to be accepted, or get work… It has been great learning how to love my hair. By not putting a bunch of chemicals in it and realising that I can look how I want to look.” Although much ground has been gained, we’re still having to contend with certain black hair types not being “acceptable” in certain social situations. In recent years, Zoë has been turning up on the red carpet with a variety of different styles, and it’s another step in normalising the presence of black hair. “I just think I have a responsibility to be myself. I always say that it is not to inspire more people to be like me, but to be more like themselves.”

Is it wrong to say that this interview reads like she had just smoked a joint before I-D turned up? I don’t have a problem with anything she said, but that’s because most of what she said was just vague faux-profundities about the “ironic” nature of being alive, man. As for the conversation about hair… for a while there, she was blonde and I absolutely hated it. She’s so pretty and I thought, before that hairstyle, that she could pull off any look. Turns out, she really can’t. She can do her hair however she likes and all of that… but I really do think the most flattering look for her are the black dreadlocks.

Oh and her “top five” songs are bulls–t. Let’s fight about it!!