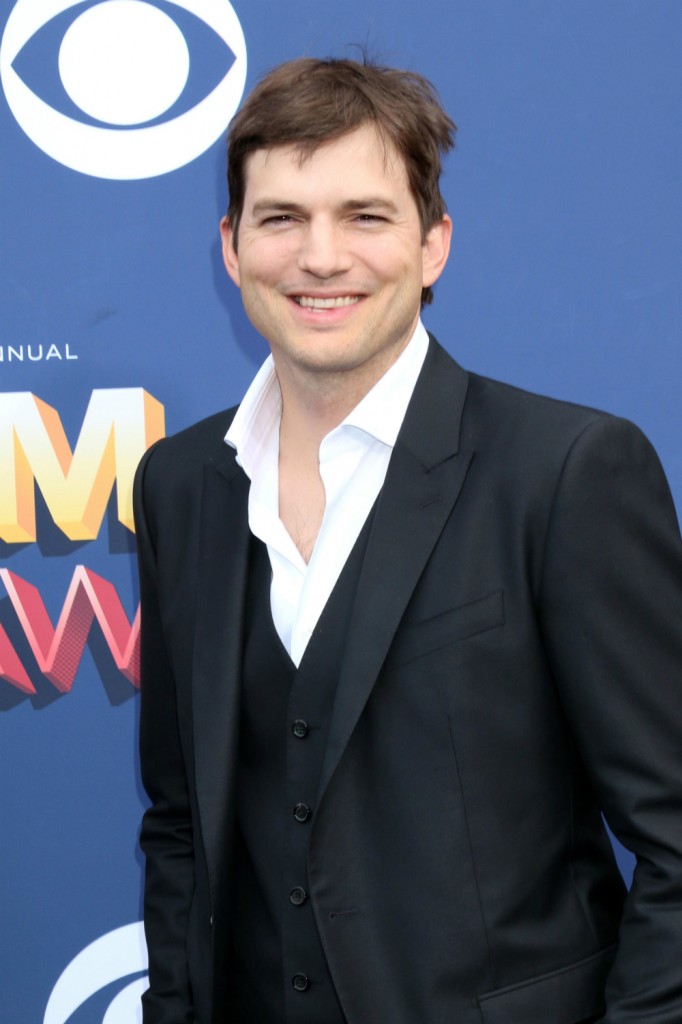 This post isn’t for the squeamish, but I promise there are no photos, just mild descriptions of yikes! content. Ashton Kutcher appeared on Live with Kelly and Ryan to promote The Ranch, which was cancelled as a series but still has two seasons left to air starting September 13. The talk show had just aired a segment in which they broke the record for most dancers en pointe, which included Kelly, impressively enough. So Kelly asked Ashton if he could go up on his toes. He said no, which is not surprising because en pointe is really hard, but he had another reason not to, which was due to a recent putting-his-kid-to-bed related injury. I know, I spent far too much time trying to figure out how one breaks their toe returning a sleepy child, as well. But Ashton did and oof, it sounds terrible:

For those who can’t watch right now, Ashton and Mila Kunis’ four-year-old daughter, Wyatt, came into her parents room to get in their bed. Because they are trying to get Wyatt to sleep in her own bed, Ashton had picked her up to walk her back to her room, only he didn’t know his foot had fallen asleep:

I go and I pick her up. I stand up out of bed, and I don’t realize, but… my leg had fallen asleep. And I go to take a step, and I just go down. And my toe is, like, pointing the other direction now. I’m on the ground. “Um, babe, I think you need to take Wyatt to bed.” And so she comes around and she takes her to bed, and I don’t want to turn the lights on, because I’m afraid of what I’m going to see. It’s three in the morning, and I don’t want to go to urgent care or like one of these things. So I do the Mel Gibson Lethal Weapon thing and just kind of, like, put it back on. Mila’s like, “That’s the sexiest thing I’ve ever seen.” And I was like, “I will break my toe every night for you, babe.”

The last part of that – the sexy talk about broken body parts – that was the yikes! content to which I was referring. I’m a barefoot advocate (you know, barefoot, the thing Gwyneth Paltrow invented), so I’m always messing up my toes. I’ve broken a few, stubbed them hard enough to turn them purple and drop things on them all the time. I’ve never knocked a toe out of place like Ashton describes, though. I’ve heard that people can put various parts of their person back in place, movies love to show people doing this, but I have no idea if I could. I might bite down on a belt and let someone else do it for me, but chances are, I’m hitting up that urgent care at 3AM. I wonder if the foot being asleep helped him with pain management. Although I would assume snapped a toe would wake most feet up.

Later, Ashton described his other recent tragedy – that mustache. You can watch the clip here, but he claims he grew it for a birthday party for one of Mila’s “popular English singer” friends. Ashton said Mila informed him the theme was 1970s New Year’s Eve, thus the pr0n stache, but when they arrived, everyone was in tuxes and gowns because the theme was actually, “1930s New Year’s Eve”. So he was embarrassed and kept the mustache to spite Mila. It’s a cute story, but not the real story. I don’t know what the real story is or why it’s important enough to keep secret, but his story doesn’t make sense, that’s a cover. 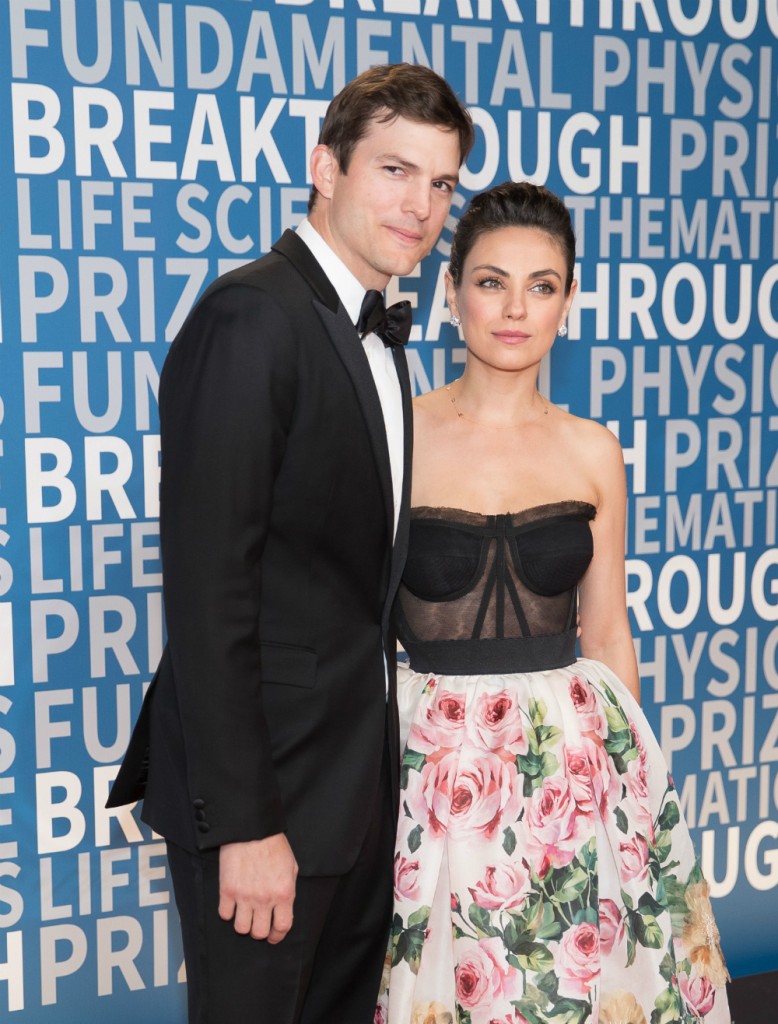 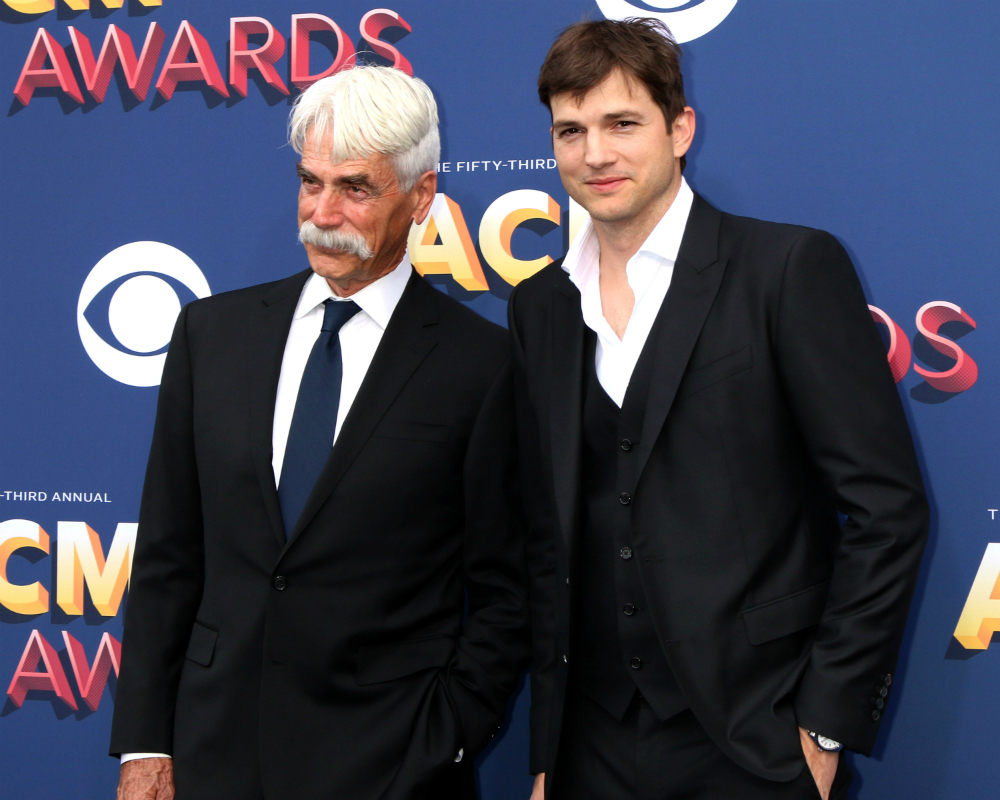 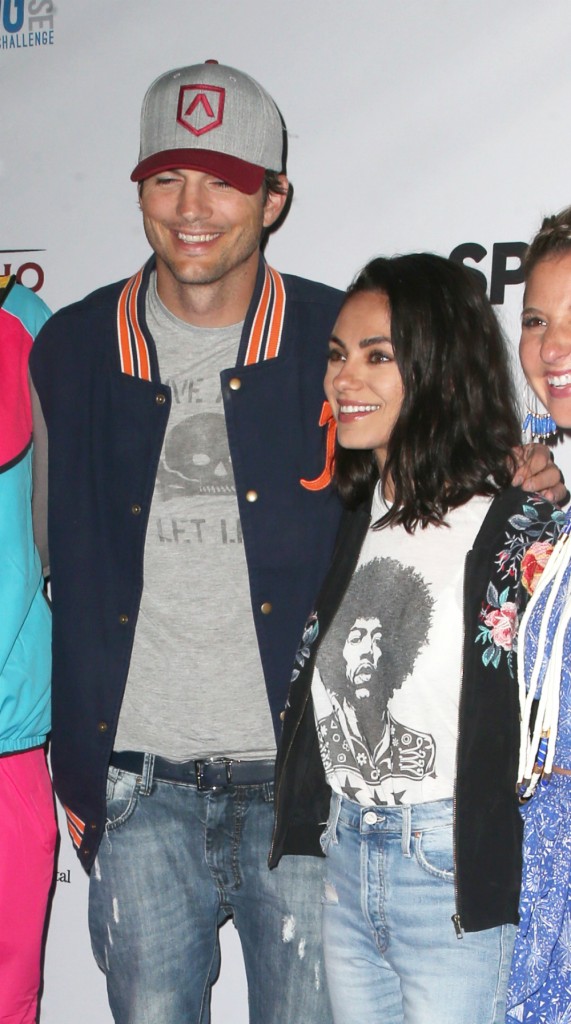