Two weeks ago, Zooey Deschanel announced that she was splitting from her husband Jacob Pechenik. The news made me really sad, because I liked them together – Jacob was actually an adult man and Zooey seemed to “grow up” when she married him – suddenly, everything wasn’t so twee and it was like she put away her Manic Pixie Dream Girl vibes for several years. The twee was still there, of course – Jacob and Zooey named their daughter Elsie Otter, after all – but the twee seemed to mostly hibernate. For what it’s worth, they were together since 2014, and they had two children, Elsie Otter and Charlie Wolf, and Zooey converted to Judaism for Jacob. It really did feel like they were for real and they would last forever. They did not. Anyway, I debated whether or not to cover the split and decided that I would wait to see if there was another shoe about to drop. Well, guess what. Zooey is already dating someone: Jonathan Scott, one half of the “Property Brothers.”

Zooey Deschanel has a new man in her life — and it’s Property Brothers star Jonathan Scott, a source confirms to PEOPLE.

“It’s new, but they are having a lot of fun together,” a source tells PEOPLE. Another source close to Scott says they met shooting an episode of Carpool Karaoke. Just one week after announcing her split from husband Jacob Pechenik, Deschanel, 39, was spotted walking hand-in-hand with Scott, 41. In photos obtained by HollywoodLife, Deschanel and the HGTV star showed off PDA as they arrived at Little Dom’s restaurant in Silver Lake, California on Friday, Sept. 13. The pair flashed wide smiles during the outing, with Deschanel sporting a blue dress and metallic flats while Scott wore a bomber jacket, grey jeans and sneakers.

On Sep. 6, the New Girl star and her producer husband announced they were ending their marriage after four years.

“After much discussion and a long period of contemplation we have decided we are better off as friends, business partners and co-parents rather than life partners,” a rep for the couple told PEOPLE in a joint statement. “We remain committed to our business, our values and most of all our children. Thank you for respecting our privacy at this time.”

Deschanel and Pechenik had been separated for months, according to a source, before announcing the news.

“Deschanel and Pechenik had been separated for months, according to a source…” Mmhm. Funny how that info only came out when Zooey had been seen with a jumpoff. I mean… it looks bad. And can I just say? Zooey’s estranged husband Jacob is HOT. Jonathan Scott is… not hot. Both of the Property Brothers are total dorks, and not in “haha, they’re so dorky, it’s actually really cute.” No. I’ve always felt like the Property Bros have been forced down our throats too, like we’re supposed to care about them like we care about Chip and Joanna Gaines or even Flip or Flop’s Tarek & Christina (who are so dysfunctional, it makes for very compelling television). The Scott brothers are just… there. Vanilla. I mean, the contractor brother does good work, I won’t deny that. But I think this is a downgrade for Zooey.

Update: Zooey’s estranged husband Jacob spoke to Us Weekly, saying in part: “Everything is amicable and we have beautiful children together that are that way because we were the parents. We’ve been raising them and we’re going to continue to raise them and take great care of them.” Basically, I guess he’s saying that Zooey didn’t leave him for a Property Bro, and even if she did, they’re still fine. 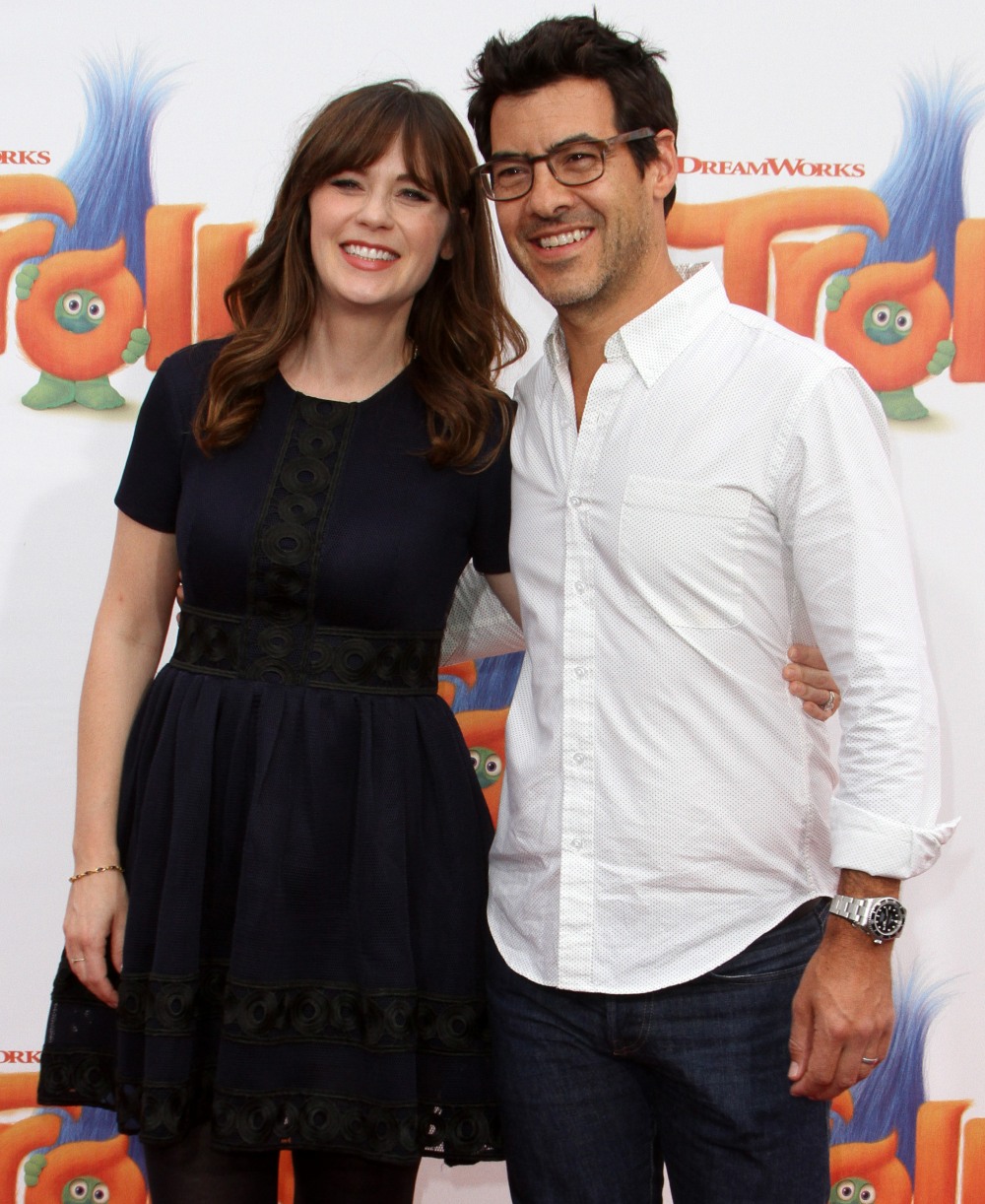